-Postponement of the plastics tax to 2023 confirmed

With the approval by Parliament of the 2022 Budget Law, the application of the tax on Macsi is officially postponed to 1 January 2023.

The 2022 Budget Law was approved by the Chamber of Deputies with a vote of confidence (355 in favor and 45 against), after having obtained the go-ahead from the Senate on Christmas Eve. Plastics tax PreZero Cepsa

The completion of the parliamentary procedure brings with it the postponement to 2023 – already announced by the Government – of the plastics tax and sugar tax, measures strongly criticized by the plastics industry. For this purpose, € 650 million have been allocated to compensate for the lack of income.

Established with the 2020 Budget Law and formally entered into force on 1 January last year and then postponed for the first time to 1 July 2021 and a second time to 1 January 2022, the Italian plastics tax affects the Macsi, single-use plastic products, with a tax of 450 euros per ton. Plastics tax PreZero Cepsa

The environmental service provider of the Schwarz Group takes over employees and locations of Cespa S. A.

Neckarsulm, 01 December 2021. PreZero has successfully completed the acquisition of the disposal and recycling business of Cespa S. A. (formerly Ferrovial Environmental Service) in Spain and Portugal.

In accordance with merger control proceedings and following approval by the EU Commission, around 16,000 new employees at around 140 locations will be officially taken on. Plastics tax PreZero Cepsa

“As the environmental division of the Schwarz Group, we are further expanding our role as a major driver of the circular economy in Europe. With the acquisitions in Spain and Portugal, we are successfully continuing on this path and want to contribute with innovative solutions to closing further material cycles in the future,” explains Thomas Kyriakis, CEO of PreZero. Plastics tax PreZero Cepsa

Cespa recycles around eight million tons of recyclable materials annually for private and public customers and is a leader in the reuse of biowaste, plastic and compost and invests in pioneering projects in the fields of robotics, artificial intelligence and data analysis. In addition, the company operates the only plant in Spain that produces biogas from organic waste.

With this acquisition, PreZero is now also active on the Iberian Peninsula for the first time. “Cespa fits perfectly into our existing portfolio. We are particularly looking forward to the valuable expertise and innovative spirit of the new employees, with whom we want to jointly advance the vision of a clean and livable environment,” says Gerald Weiss, Managing Director of PreZero International.

Further information about PreZero can be found in our press portal.

-Postponement of the plastics tax to 2023 confirmed

–Chinese businesses to benefit from RCEP under new govt guideline

A new collaborative program aims to helping the Finnish nonwoven and textile industry become a forerunner in the field of innovative, sustainable nonwovens.

The Future of Nonwovens (FoN) project, which supports the ExpandFibre mission, includes the establishment of a Center of Excellence to enhance collaboration between partners within the nonwovens value chain. Those partners include raw material producers (Fortum, Metsä Spring, Infinited Fiber Company and UPM), a producer of biobased and sustainable bonding chemicals for airlaids and composites (CH-Polymers), a nonwoven fabric producer (Suominen), an airlaid machinery manufacturer (Anpap), and a measurement and automation system supplier for high quality nonwovens production (Valmet).

The particular tasks for the FoN project include develop airlaid material prototypes from novel fibres and binders; developing bio-based and thermoformable airlaid-reinforced composites; comparing airlaid webs with other nonwoven types and define property-space; developing spectroscopic methods for on-line characterization; and creating a roadmap for identifying business opportunities for sustainable nonwovens.

Suominen has two strong capabilities that, together with our advanced production technologies, support the innovations needed to reach our target; it has a long-standing history of sustainable nonwovens production and its R&D team has high levels of experience in sustainable fibres. In addition, Suominen has adopted ways of working that enable and encourage innovation; the New Fiber Center approach is one example of this. Suominen’s current sustainable product portfolio consists of products made of renewable, recycled, and/or plastic-free raw materials as well as compostable and dispersible nonwovens. 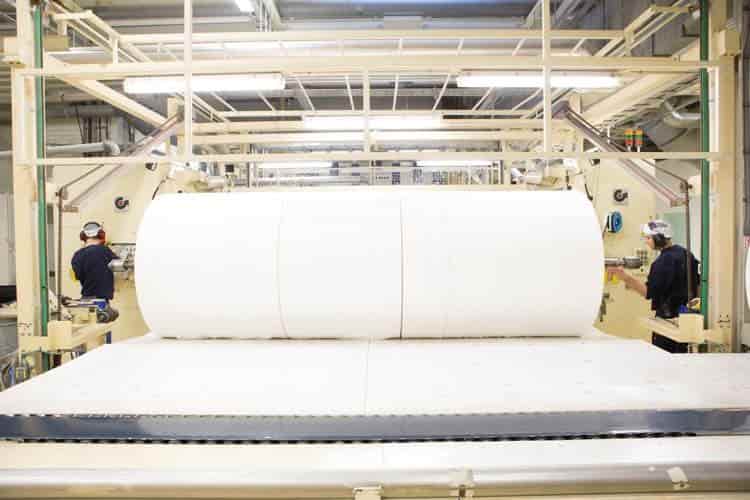 TIPA has developed a wide range of patent-protected packaging solutions for applications such as fresh produce, fresh bakery, dry food and clothing.

Israeli flexible compostable packaging solutions company TIPA Corp. has announced the completion of a $70 million Series C financing round led by Millennium Food-Tech  and Meitav Dash Investments), which invested $30 million together. Other unnamed investors participated in the round. Since TIPA was founded in 2010, the company has raised $130 million, including the latest investment.

TIPA is also engaged in multiple strategic partnerships with industry leaders in its supply chain. It recently signed a partnership agreement with AMCOR, the world’s largest plastic packaging manufacturer (NYSE: AMCOR). The partnerships aim to provide compostable packaging solutions for the packaging market in Australia and New Zealand.

The capacity of the Shurtan Gas Chemical Complex will triple, investments in the expansion project will amount to USD1.8 billion, Oilcapital reports.

The commissioning of additional capacities provides for the construction of polymer production units, as a result of which the production of polyethylene will increase from 125,000 tonnes to 280,000 tonnes, and the production of 100,000 tonnes of polypropylene will also begin. The expansion of capacities is planned due to the involvement of synthetic naphtha from the synthetic fuel plant. The cost of the new stage of modernization of the Shurtan Gas Chemical Complex is estimated at USD1.8 bn. Sustainable nonwovens Compostable packaging Polymer Oil price Ban Plastic Chinese businesses

Enter Engineering Pte Ltd, controlled by Gazprombank, signed an EPC contract to expand the capacity of the Shurtan Gas Chemical Complex. The commissioning of new facilities is expected in 2024.

Earlier it was reported that the Shurtan Gas Chemical Complex will invest USD1.8 bn in expanding the capacity for the production of PE and PP. The project provides for the creation of production up to 430,000 tonnes of polyethylene and up to 280,000 tonnes of polypropylene per year. Chevron Pilliphs Chemical and McDermott have been selected as licensors of the project.

The rampant spread of the Omicron coronavirus variant, a slowdown in the world’s largest chemical market China, continued supply chain disruption and elevated energy prices add risks to economic growth and demand for chemicals in 2022.

With coronavirus cases hitting record highs and hospitals again under severe pressure due to Omicron, governments around the world are imposing new waves of restrictions on the movement of people which are likely to stifle what was hoped would be a year of strong economic rebound in 2022.

Softer propylene will continue to exert downward pressure on US isopropanol (IPA) early in 2022, but the solvent is expected to see typical demand patterns next year, albeit with Omicron remaining a significant caveat.

The outlook for the Asian adipic acid (ADA) market is mixed in the first quarter of 2022 as producers in north China will be forced to cut operations in January and February, but slowing demand may mitigate the supply cuts.

The European oxo-alcohols chain is largely quiet due to seasonal low demand, although Arkema and INEOS declared force majeures during December. 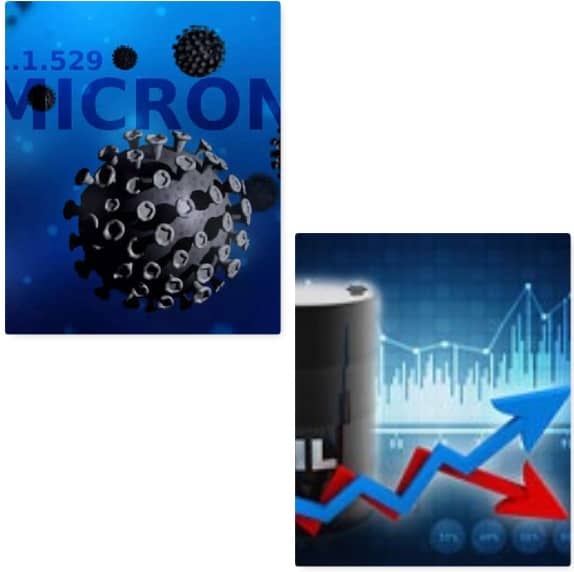 A ban on the use of plastic to package a range of fruit and vegetables came into force in France on Saturday, to the dismay of the sector’s packaging industry.

Environmentalists have long campaigned against single-use plastics as pollution worsens globally while President Emmanuel Macron has backed the move defending a “pragmatic” approach.

The October decree covers for example the sale of under 1.5 kilos (3.3 lbs) of apples.

However, the full legislation will not be applied until 2026, allowing firms to adapt, including on the sale of red fruits considered fragile.

Six months has also been granted to use up existing plastic packaging stocks.

“We were never consulted,” complained Laurent Grandin, head of the fruit and vegetable sector’s Interfel association.

He told AFP the costs were “insurmountable” for small companies who would have to keep using plastic to protect exports, notably to Britain, a major client for apples.

Pomanjou produces up to 40,000 tonnes of apples annually in the Loire valley and has over the last three years introduced 100 percent cardboard packing.

However packing costs have as a result soared 20 to30 percent, said company representative Arnaud de Puineuf.

The packaging companies say the October 8 decree caught them by surprise, particularly the ban on recycled plastics.

“We have client firms … who will have to stop their fruit and vegetable packing activity, even though they have been working on alternatives using less plastic or recycled plastic for several years,” said a statement from the Elipso association that represents manufacturers. 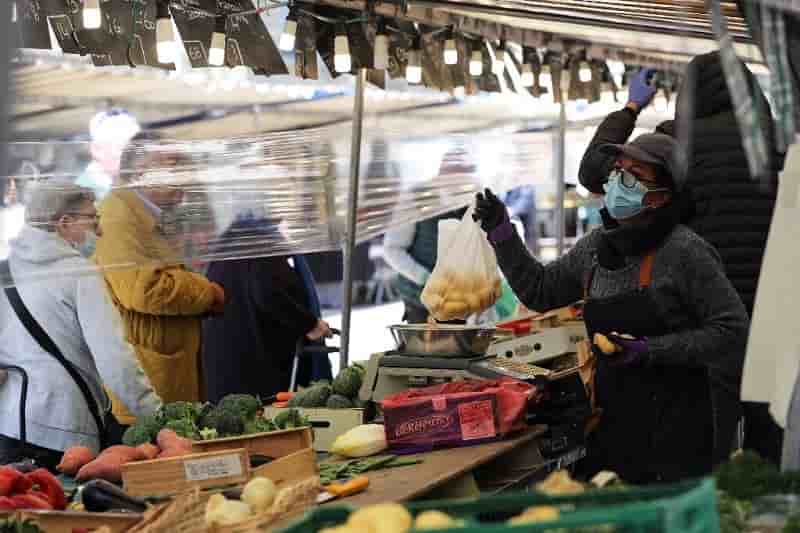 -Chinese businesses to benefit from RCEP under new govt guideline

China will introduce a guideline to help businesses tap opportunities from the Regional Comprehensive Economic Partnership (RCEP), which is likely to expand trade and inject growth impetus into the regional and global economies. The country is expected to play an increasingly important role in both regional and global value chains, say analysts.

“The ministry will roll out a guideline for high-quality implementation of the agreement together with other departments, aiming to help enterprises and local governments to make better use of RCEP rules and seize opportunities from markets opening up wider,” Chinese commerce ministry spokesman Gao Feng told an online media briefing recently.

Such efforts will propel regional trade and investment growth and strengthen deep integration of industrial and supply chains among the agreement members. This will accelerate high-quality and in-depth regional economic integration, he was quoted as saying by state-controlled media reports.

A recent State Council executive meeting chaired by Premier Li Keqiang called for efforts to support enterprises to increase competitiveness in international markets, improve the quality of trade and investment, and push for industrial upgrades in light of the RCEP coming into force in 2022.

The State Council executive meeting urged enterprises to expand exports and imports and leverage RCEP provisions on tariff reductions and the rules of origin.

The meeting also called for better utilisation of the RCEP on opening-up commitments and rules, and strengthening regional cooperation on high-end and green industrial chains and manufacturing projects. The agreement should also shore up the opening-up of the services sector and take investment to a higher level. 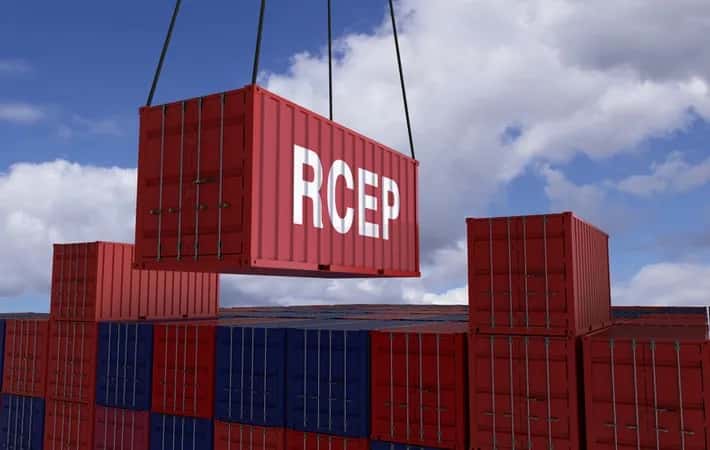