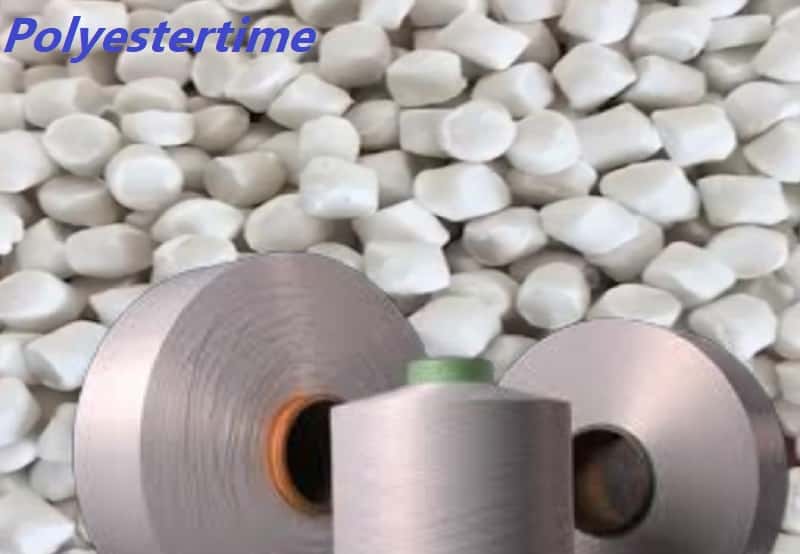 Currently, many post-consumer plastics, including flexible and multi-layer plastic packaging items, such as films, pots, tubs and trays, are considered ‘unrecyclable’ via traditional mechanical recycling methods and are instead sent to landfill or incinerated. After a short first-use cycle, 95% of plastic packaging material value, or $80–120 billion annually, is lost to the economy, according to the World Economic Forum(pdf download).

“By converting end-of-life plastics into fossil-replacement feedstocks, ReNew ELP has the potential to eliminate unnecessary single-use plastic and make the raw ingredients for a circular plastics economy, creating value instead of waste,” said Richard Daley, managing director, ReNew ELP. “Pivotal to achieving these goals is the construction of this first commercial-scale plant using a unique hydrothermal platform and in Emerson, we have found a valuable, long-term partner to create an advanced automation model for further plants planned across Europe.”

The ReNew ELP plant will utilize a ground-breaking advanced recycling process called HydroPRS™ (Hydrothermal Plastic Recycling System), that uses supercritical steam (high pressure and temperature) to convert waste plastics into the valuable chemicals and oils from which they were originally made. These products can then be used to manufacture new plastics and other materials.

The added capacity is designed for use in lightweight PP automotive, home appliances, and consumer goods applications.

The new line is an addition to the company’s existing production capacity for Sabic PP compounds at the Genk site, and will use raw materials from Sabic’s PP plants at Gelsenkirchen, Germany, and Geleen, The Netherlands.

According to Sabic officials, the plant has been equipped with large-scale extrusion technology “to meet the market’s growing demand for high-quality, high-performance PP compounds with reliable and consistent supply.” 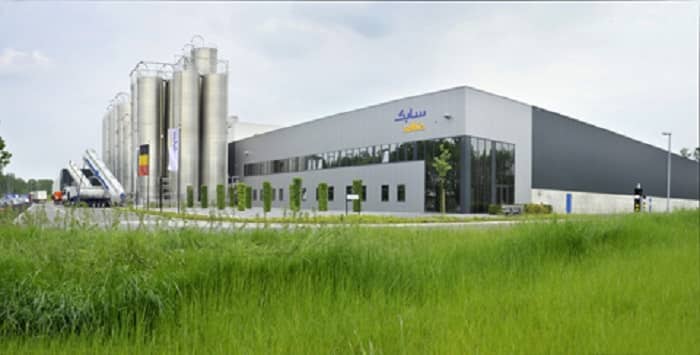 Often used to wrap sushi and flavor soups, seaweed has much greater potential — both as a food and for use in a wide range of products from cosmetics and textiles to biodegradable packaging and even biofuel.

Usually, seaweed is grown on ropes or nets suspended in the ocean, but current techniques make large-scale cultivation near impossible. Ocean farming is in the “stone ages,” according to Shrikumar Suryanarayan, co-founder and CEO of Bangalore-based Sea6 Energy and former head of research and development at Biocon, an Indian pharmaceutical company specializing in biologically-sourced medicines. “It’s like using a trowel and a pick to farm land.”

Founded in 2010, Sea6 Energy wants to mechanize ocean farming, just as tractors did for agriculture, with its “Sea Combine,” an automated catamaran that simultaneously harvests and replants seaweed in the ocean.

The machine travels back and forth between lines of seaweed, harvesting the fully-grown plants and replacing them with freshly-seeded lines.

A prototype is currently deployed at the company’s seaweed farm off the coast of Indonesia. The Southeast Asian nation has a tradition of seaweed farming that involves villagers tying pieces of seaweed to ropes and hauling them out to sea, before manually harvesting the lines, and there is a strong appetite for the crop there, according to Suryanarayan. As the technology develops and the market widens, the company intends to deploy more Sea Combines, including in its home country, India. 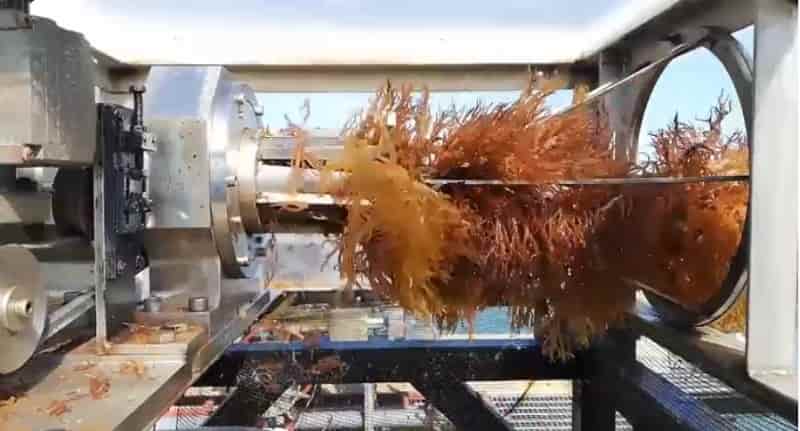 From January 2022, Germany’s deposit return system will expand to include alcoholic and milk-based mixed drinks and juices sold in one-way plastic packaging and cans. This will result in greater transparency for consumers, since up until recently, the system (set up in 2003) has included a special provision which exempts these beverages from the mandatory deposit. The expansion is expected to result in the collection of approximately 85 000 tonnes of additional plastic and aluminium, with the total volume of packaging returned to reverse vending machines increasing to some 500 000 tonnes. Plastics recycling PP compounding Seaweed harvester Eat plastic Green hydrogen

According to Deutsche Pfandsystem GmbH (DPG), the system’s operator, the overall return rate for disposable packaging in Germany is 98 percent. This not only means that there is much less refuse on roads and in forests but, more importantly, has made it possible to create a circular economy. Over 40 percent of the one-way bottles which are returned are now made from recyclate. This processed plastic can undergo the production process many times, replacing crude oil as a raw material. In its directive on single-use plastics (SUP), the EU has specified incorporation of only 25 percent of recycled plastic in PET bottles by 2025, with the objective of promoting closed material cycles to the greatest extent possible. Latvia, Slovakia, Romania, Turkey, Greece, Malta, Portugal, Ireland, and Scotland have responded to this legislation by passing regulations to create deposit systems for plastic packaging either next year or the year after (see map). 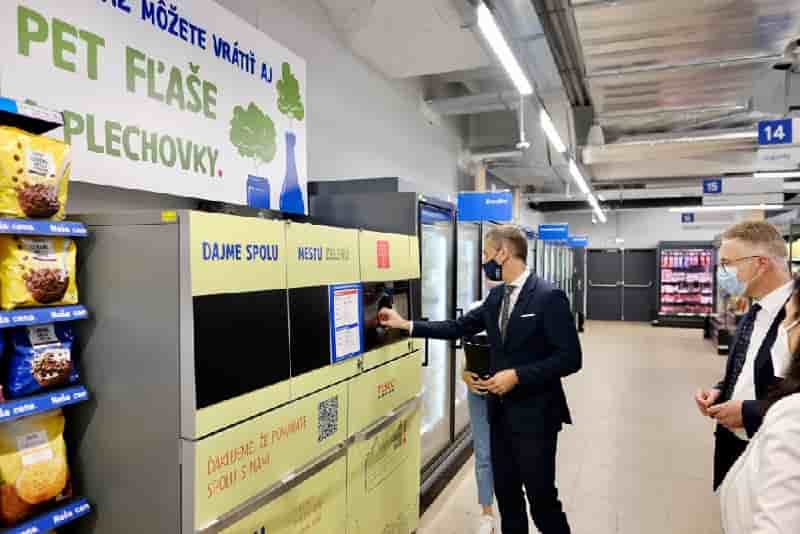 -‘Recover’: cocktails of worms, insects and microbes that eat plastic

Humanity itself has created some of its greatest challenges. This is the plastic case. Latest assessment of the Food and Agriculture Organization of the United Nations (FAO) About this waste warns that its presence on land is greater than the presence of seas. According to FAO Deputy Director-General Maria Helena Semedo, “Soils are one of the main acceptors of agroplastics and are known to contain higher amounts of microplastics than oceans.” Faced with this challenge, Maria José Lopez, a microbiologist at the University of Almería, is coordinating the European project RecoveryIt is a plan to reduce waste from cocktails of insects, worms and microbes capable of converting non-recyclable plastics into bio-products or removing them from the earth.Plastics recycling PP compounding Seaweed harvester Eat plastic Green hydrogen

the Evaluation and sustainability of agricultural plastics The Food and Agriculture Organization estimates that agricultural and livestock production, as well as food packaging, produces 60 million tons of plastic products annually compared to 2 million tons from fishing and aquaculture. Half of the global total comes from Asia.

Since the beginning of the conquest of plastics, since 1950, 6,300 million tons of this waste has been generated, of which nearly 80% has not been disposed of properly. Microplastics, less than five millimeters in size, according to the Food and Agriculture Organization, are found even in human feces and the placenta.

The United Nations proposes a Six-Party Plan, an urgent line of action that includes “reject, redesign, reduce, reuse, recycle and take back”. Maria José Lopez in this regard: “Despite the implementation of many measures to reduce it, the production of plastic that eventually ends up in the environment and in our homes continues.”

To deal with this artificial plague, the Recover project, funded by the European Union, coordinated by researcher Almeria, has brought together 17 partners from seven European countries since 2020, within four years, to find possible solutions to the problem of soil pollution by turning plastic into bio-fertilizers or Similar but biodegradable products.

The researcher in Almeria explains: “We will do this thanks to a mixture of different microorganisms, insects and worms as tools for biotechnology. Insects and worms, with the microorganisms in their digestive systems and the enzymes they produce, work collaboratively, converting a large part of these plastics into components from which we will extract Chitin, a component of biodegradable plastic. 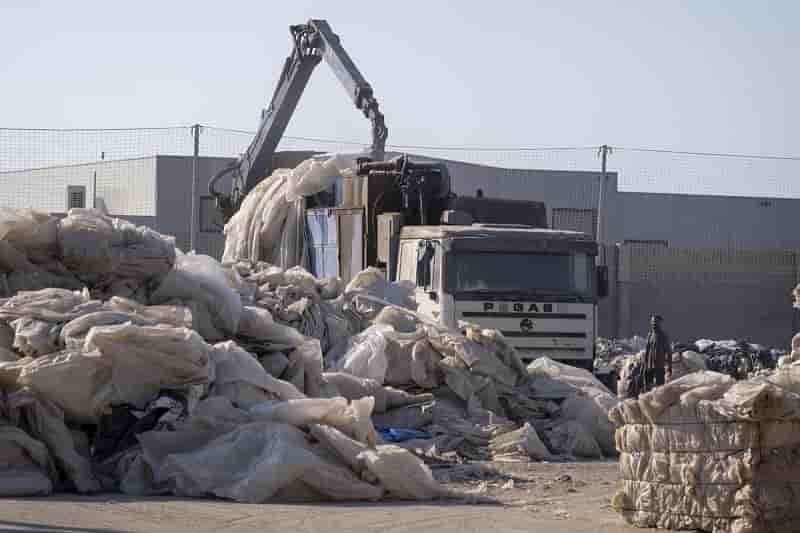 With a new start-up and a consortium in the Netherlands, German automotive supplier Schaeffler wants to significantly reduce the costs of green hydrogen.

Researchers are working on reducing the cost of generating green hydrogen from offshore wind turbines in the North Sea.

German automotive supplier Schaeffler is currently working with partners from the Netherlands to extract hydrogen from seawater in a pilot project.

With demand for car components expected to decrease as a result of the transition to electromobility, the supplier is planning to expand its activities in the field of hydrogen which, according to Schaeffler, should also be supplied to the automotive industry.Plastics recycling PP compounding Seaweed harvester Eat plastic Green hydrogen

The idea of ​​producing green hydrogen at sea, from large amounts of offshore wind energy is widespread.

That means seawater must first be desalinated and then painstakingly cleaned and filtered before it can flow to the sensitive membranes, and is a process that is driving up the cost of green hydrogen.

To clean seawater before it reaches the membranes, the engineers have implemented a solution in which waste heat from the electrolysis process can be used to distill the salt water. Plastics recycling PP compounding Seaweed harvester Eat plastic Green hydrogen

“The generation of green hydrogen from wind energy is an important growth area for Schaeffler,” said Bernd Hetterscheidt, head of the hydrogen strategic business area for the company. “In cooperation with our partners in the wind power industry, we want to become one of the leading providers of system components in this area. To do this, we combine the innovative technology of Hydron with the strengths of Schaeffler, such as our system understanding and our knowhow in the rapid scaling of products and projects in order to bring them onto the market as quickly as possible.”Plastics recycling PP compounding Seaweed harvester Eat plastic Green hydrogen 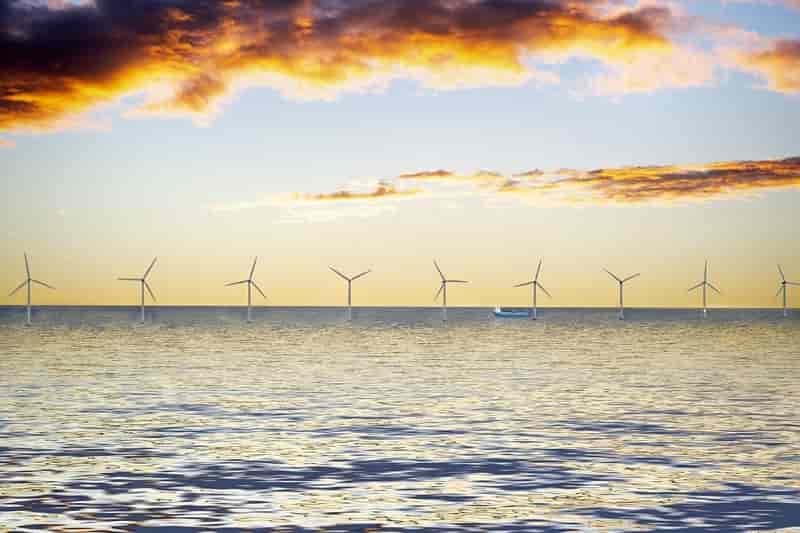 nrest in OPEC+ member Kazakhstan has led to an increase in oil prices as investors fear supply interruptions; however, the uranium market appears less affected despite the Central Asian country being the world’s second-largest producer.

The Organization of the Petroleum Exporting Countries plus (OPEC+) are the 10 non-OPEC countries that export crude oil, including Kazakhstan and Azerbaijan.

Over the week, crude prices gained about 5% and on Friday Brent exceeded $83 per barrel, “putting it at its highest level since the price slide triggered by the first appearance of the omicron variant in late November,” said Carsten Fritsch, commodities analyst at Commerzbank.

Protests spread across the country of 19 million this week in outrage over New Year’s increase in prices for liquid petroleum gas (LPG), which many use to fuel cars.

Thousands took to the streets in Almaty and in the western province of Mangystau in protests that broadened to include anti-government slogans.

The next day protesters stormed government buildings, setting them ablaze and a nationwide state of emergency was declared.

Kazakh president Kassym-Jomart Tokayev on Friday rejected calls for talks with protesters after days of unprecedented unrest, authorizing his forces to shoot-to-kill without warning.

Meanwhile, the presidential office later said on Sunday that many “strategic facilities” in the country are under the guard of a Russia-led military alliance invited to restore order.4 Kazakhstan unrest Petrochemicals PET 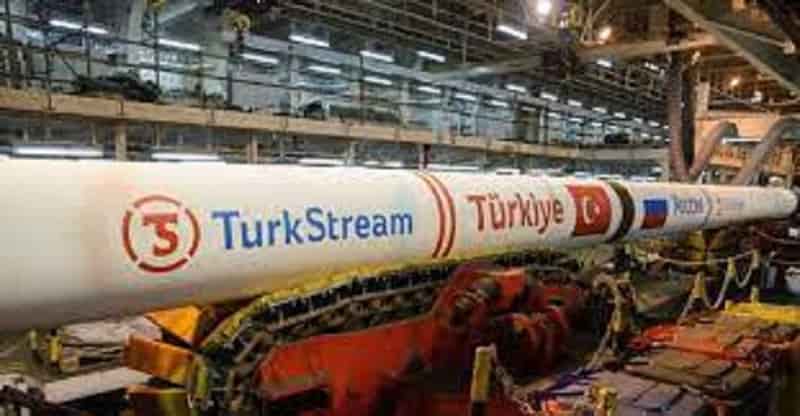 -‘Recover’: cocktails of worms, insects and microbes that eat plastic