-ExxonMobil, partners to study potential of green hydrogen and ammonia in Norway

ExxonMobil has teamed up with Grieg Edge, North Ammonia, and GreenH to study the potential of the Slagen facility to produce green hydrogen, and distribute green ammonia

ExxonMobil, together with its partners, is set to explore the potential production and distribution of green hydrogen and ammonia for lower-emission marine fuels at its Slagen terminal in Norway.

The company has signed a memorandum of understanding (MoU) with Grieg Edge, North Ammonia, and GreenH to study the green hydrogen and ammonia hub project.

The feasibility study will assess the potential of the Slagen facility to produce up to 20,000 metric tonnes (MT) of green hydrogen, and distribute up to 100,000MT of green ammonia per annum.  Green-hydrogen – Multilayer-PET-plastic

The terminal is located at the opening of the Oslofjord, an inlet in the southeast of Norway, where more than 10,000 ships pass through every year.

ExxonMobil will contribute its global experience and expertise in developing complex projects that support greenhouse gas emissions reductions, for the feasibility study.

Grieg Maritime Group CEO Matt Duke said: “With the complementary expertise amongst the MOU partners, we have now taken an important next step in our efforts to achieve emissions reductions in the maritime sector” 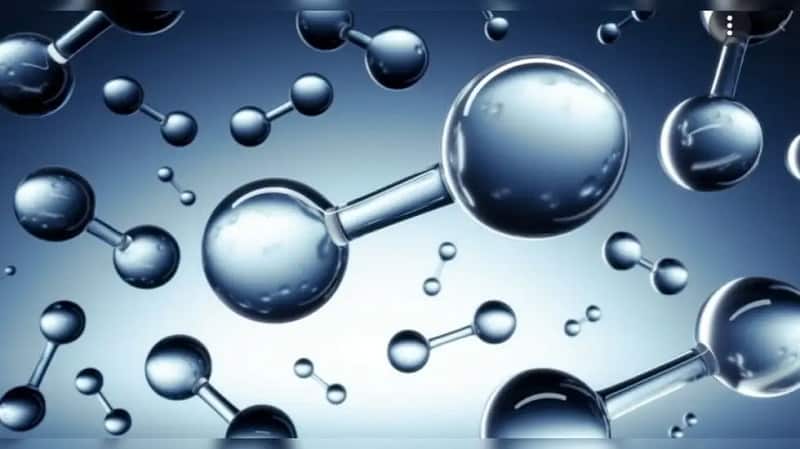 Repetco was awarded with the prize ‘SME for innovation and sustainability’, in the second edition of the Retina ECO Awards, which are in collaboration with Capgemini. This award has recognised the technology developed by the company for a problem that, until now, remained unsolved: the recycling of multilayer PET plastic, very present in food packaging and one of the most difficult materials to recycle. Green-hydrogen – Multilayer-PET-plastic

In addition, the construction of the first industrial-scale plant in the world for the recycling of this type of plastics has added value to achieve this award, since its operating dynamics will be based on avoiding the use of chemicals, reducing emissions and favoring the circular economy thanks to the recovery of raw materials.

Awards with a real and urgent objective

Rafael Sánchez-Castillo Lodares, founder and CEO of Repetco, highlighted the problem facing the recycling of PET plastics: every year in Europe, 1.3 million tons of these plastics are buried or incinerated. “This happens because they cannot be recycled, but Repetco’s technology is going to enable this for the first time.” It represents, therefore, a revolution in recycling and the circular economy.

This edition was presided by H.M. The Queen of Spain and was also attended by the Third Vice-President of the Government and Minister for Ecological Transition and the Demographic Challenge, Teresa Ribera. Green-hydrogen – Multilayer-PET-plastic

Ribera, who closed the event with a speech highlighting the value of the award-winning projects, stressed the importance of combining the intelligent use of resources, taking advantage of the technologies av 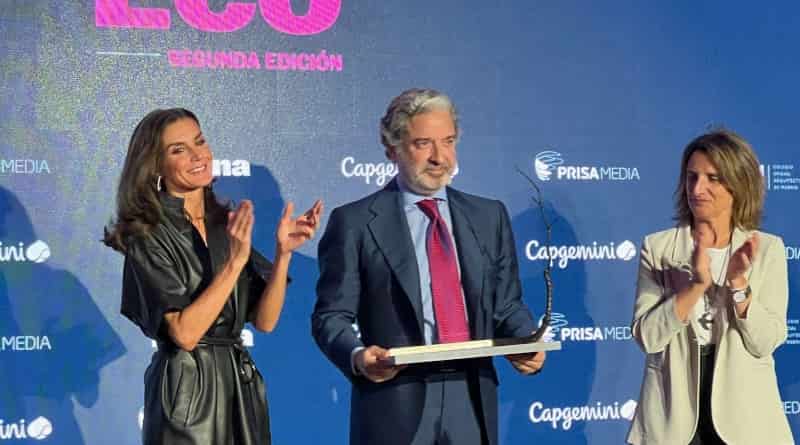 -Array of Recycling Machinery to Debut at K 2022

EREMA will present several recycling equipment innovations at K Show, live recycling demonstrations, and an exhibit of products made from recycled materials.

EREMA Group has announced a series of new products it will display at K 2022, October 19-26 in Dusseldorf.  They include: 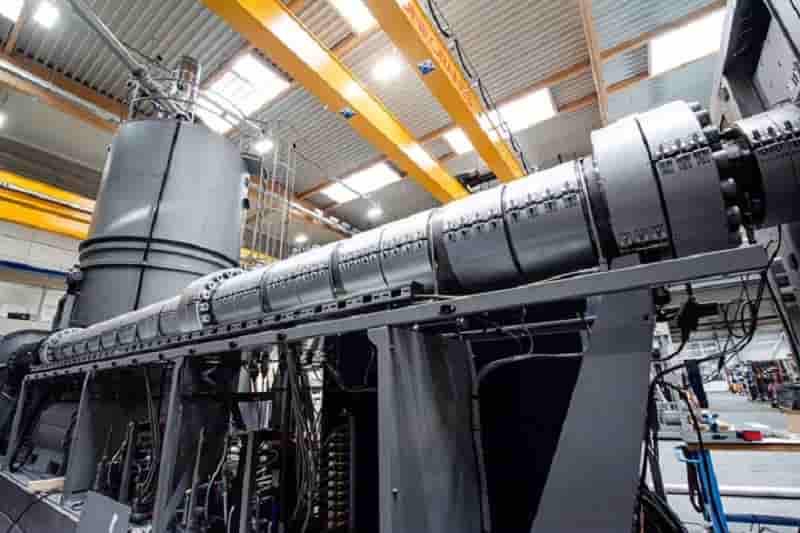 This means that the first industrial plant for the recycling of EPS insulation materials from demolition and renovation work can be restarted one year after initial commissioning, as the Industrieverband Hartschaum (IVH, Berlin) announces.

Polystyrene (PS) foam is a widely used insulation material in the construction sector. In Europe, expanded and extruded polystyrene (EPS and XPS) has been applied since the 1960s. To meet fire safety regulations, a flame retardant is added to the PS-foam. From the 1980s onwards the most common flame retardant used in insulation, textiles, and electronics was hexabromocyclododecane  (HBCD). Green-hydrogen – Multilayer-PET-plastic

In 2013, HBCD was classified as persistent organic pollutant (POP) under the UN Stockholm Convention and it is in the list as a restricted chemical. The residual levels of HBCD in products and waste are now regulated. The PolyStyreneLoop cooperative, currently gathering over 70 members from the entire PS foam value chain across Europe, was founded in November 2017 with the aim to contribute to the circular economy by developing and offering a recycling solution for PS-foam demolition waste containing HBCD. Together with companies from all over Europe, an efficient recycling system has been created which can give end-of-life Polystyrene foam a new life by removing HBCD from the demolition waste.

The Polystyreneloop demoplant was inaugurated in Terneuzen, The Netherlands, on June 16th 2021 adjacent to the ICL manufacturing plant. The plant will be able to convert over 3300 metric tonnes  of Polystyrene foam waste per year, offering valuable streams of Polystyrene polymer and elemental bromine. This entails a waste treatment process, which  reduces carbon emissions by approximately 50% compared to the current solution involving incineration with energy recovery.  Green-hydrogen – Multilayer-PET-plastic

-Repsol strengthens compounding in Spain
A new line for the production of polypropylene compounds reinforced with glass fiber for automotive applications started up in Aragon.
The Spanish group Repsol has unveiled another piece of its European capacity expansion program, in this case relating to compounding activities.

With an investment of around 4.5 million euros, recently inaugurated a new line in the Polidux plant, in Monzón (Huesca), dedicated to the production of polypropylene compounds reinforced with glass fiber.  Green-hydrogen – Multilayer-PET-plastic
The intervention has increased the previous capacity of this family of high-performance materials intended for technical molding, in particular for automotive applications, by over 30%.

As part of the group’s strategy towards the circular economy, the new compounding line will also favor the development of fiber-reinforced materials with recycled content, increasingly in demand in components for cars and household appliances, marketed by Repsol under the Reciclex brand.  Green-hydrogen – Multilayer-PET-plastic 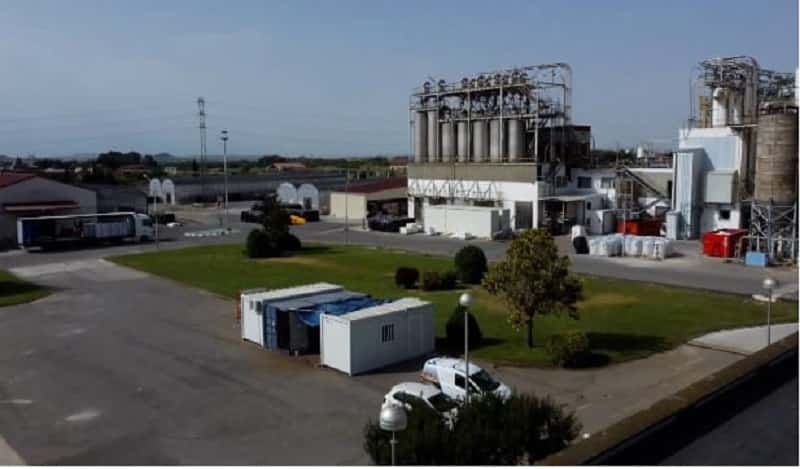 It is challenging, heat resistant, and a sound barrier against gases such as oxygen, making it a promising candidate for food packaging. Green-hydrogen – Multilayer-PET-plastic

Scientists at the Federal Polytechnic School of Lausanne (EPFL) have developed a new PET-like plastic easily made from the inedible parts of plants.

It is tough, heat resistant, and a good barrier against gases such as oxygen, making it a promising candidate for food packaging, and in addition, due to its structure, it can also be chemically recycled and degraded to harmless sugars in the environment.

According to the authors, it is becoming increasingly clear that moving away from fossil fuels and avoiding the accumulation of plastics in the environment is essential to meet the challenge of climate change. In this regard, considerable efforts are being made to develop degradable or recyclable polymers from non-edible plant material, called “lignocellulosic biomass.”  Green-hydrogen – Multilayer-PET-plastic

They point out that producing competitive plastics based on biomass is not easy. However, there is a reason why conventional plastics are so widespread, as they combine low cost, thermal stability, mechanical strength, processability, and compatibility, characteristics that any alternative substitute for plastic must match or exceed, so until now, the task has been a challenge.

But now, scientists led by Professor Jeremy Luterbacher from EPFL’s School of Basic Sciences have successfully developed a plastic derived from biomass, similar to PET, that meets the criteria to replace several current plastics and, in addition, it is more environmentally friendly.

“Basically, we just have to ‘cook’ wood or other inedible plant material, such as agricultural waste, into cheap chemicals to produce the plastic precursor in one step,” Luterbacher explains. “By keeping the sugar structure intact Within the molecular structure of the plastic, the chemistry is much simpler than current alternatives.”

The technique builds on a discovery that Luterbacher and colleagues published in 2016, in which adding an aldehyde could stabilize specific fractions of plant material and prevent its destruction during extraction. By reusing this chemistry, the researchers could reconstruct a new bio-based valuable chemical as a precursor to plastic.

“Using a different aldehyde — glyoxylic acid instead of formaldehyde — we were able to simply attach ‘sticky’ groups to both sides of the sugar molecules, allowing them to act as plastic building blocks,” explains Lorenz Manker, the First author of the study — Using this simple technique, we can convert up to 25% by weight of agricultural waste, or 95% of purified sugar, into plastic.”  Green-hydrogen – Multilayer-PET-plastic

The comprehensive properties of these plastics could allow their use in applications ranging from packaging and textiles to medicine and electronics. For example, researchers have already made films for packaging, fibers that could be spun into clothing or other fabrics, and filaments for 3D printing. 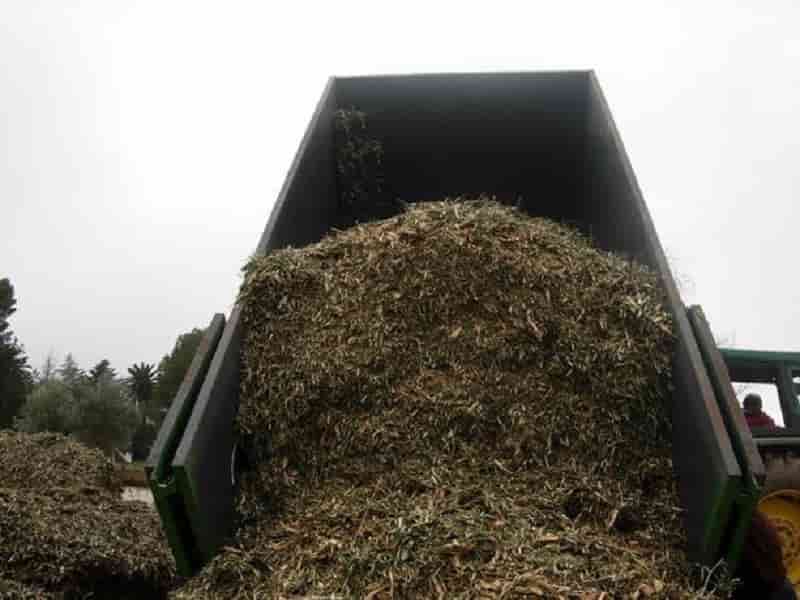 -Alterra tech to be distributed in Europe by Neste

The Finnish petrochemical firm with a growing presence in sustainable energy describes Alterra as having developed a proprietary thermochemical solution for liquefaction of hard-to-recycle plastic. “In Akron, Ohio, the company is already running an industrial-scale facility that transforms end-of-life plastics into an intermediate product, which can be further refined into raw material for new plastics and other petrochemical products,” Neste says.  Green-hydrogen – Multilayer-PET-plastic

In 2020, Neste acquired a minority stake in Alterra Energy, and the Finnish firm says subsequently it has further processed liquefied plastic scrap sourced from, among others, Alterra Energy in a series of trial runs at its refinery in Finland. 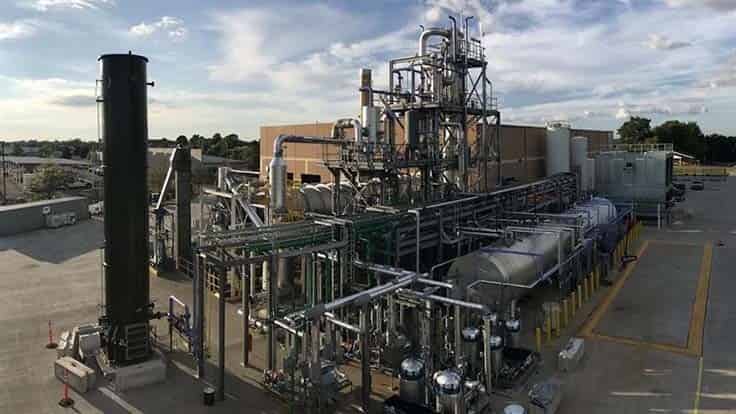 The significance of this achievement was underlined by Bruno Langlois, the French company’s business development and partnership director, at EDANA’s International Nonwovens Conference held in Lyon, France, on June 8-9.

“Fibre to fibre recycling is the only way to achieve true circularity and for the pledges fashion brands have already made to be realised,” he said. “Our technology has the ability to tap into vast new sources for recycling PET and is based on a very selective enzyme that will only depolymerize PET and not other materials in waste clothing, such as adhesives, dyes and other polymers. Green-hydrogen – Multilayer-PET-plastic

“The process is low temperature and operates at atmospheric pressure with no solvents. The PET is extracted and separated and the recovered monomers are virgin quality.”

Prior to the C-Zyme process, the waste textiles are shredded and densified to reduce crystallinity and increase the surface area. C-Zyme can then degrade 98% of such a mass in 16 hours. 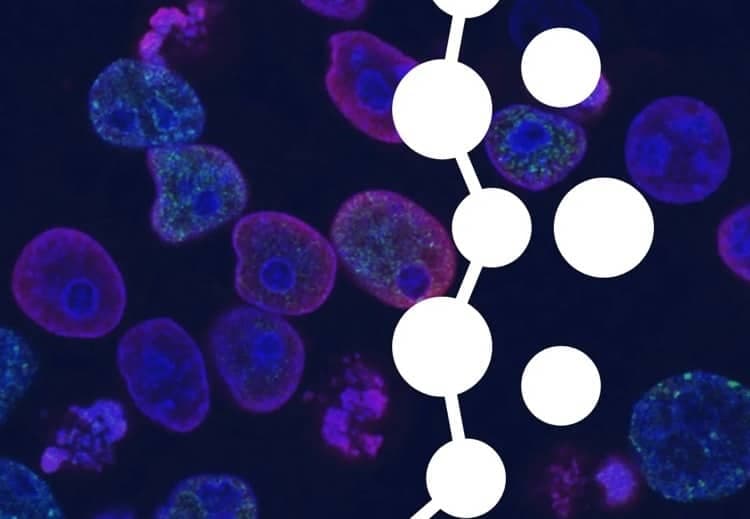