The recycler, a recipient of £1m in UK Government funding under the Resource Action Fund, has increased plastic packaging recycling volumes with the installation of a new recycling line.

Chase Plastics’ success, underpinned by the demand for rPE generated by the Plastic Packaging Tax (PPT), has also been supported by the business improvement programme undertaken since acquisition in 2018.

In addition to increasing recycling capacity, the grant awarded by WRAP, which administers the fund on behalf of Defra, enables the further development of Chase Plastics’ Recothene rPE range.

Designed to incentivise manufacturers to use recycled content the PPT has fuelled the clamour for high quality recyclates that do not compromise the performance levels of plastic packaging.

Through the expansion of its Recothene range, Chase Plastics can better support customers redesigning high performance packaging to comply with the tax.

Claire Shrewsbury, Director WRAP, said: “The Resource Action Fund was developed to support resource efficiency initiatives such as this. Building a stronger recycling system is a core goal of the UK Plastics Pact led by WRAP. Our support of Chase Plastics’ recycling activities illustrates how business, NGOs and government can work together to divert waste from landfill or incineration and better manage resources.”

Speaking of the business’ recent performance, Chase Plastics Chairman David Harris said: “We are delighted with the progress being made by Chase Plastics, and view the future with confidence.

Increasingly, manufacturers are looking for rPE to meet their customers’ ESG requirements and respond to the Plastic Packaging Tax so demand for our high performance materials is strong.”

SIBUR has launched the production of PET granules involving recycled materials, the company said in a statement.

The new product – Vivilen rPET granule – contains up to 25-30% of the reusable polymer and will now be produced at the Polief enterprise in the city of Blagoveshchensk.

For the production of granules as recyclables, the company uses flex (cleaned and crushed plastic bottles), supplied by the partners of the holding.

After reaching its design capacity, the plant will be able to annually produce up to 144 thousand tons of Vivilen PET granules already containing a share of secondary raw materials. The volume of the re-involved polymer will be up to 34 thousand tons.

SIBUR launched this project in 2019 with a total investment of about 4 billion rubles.

-Turkey to Get Its First Advanced Recycling Plant, Powered by Honeywell

This project ushers in collaboration between Honeywell and Biotrend Energy on advanced plastics recycling in Turkey with plans to collaborate on multiple, additional waste plastic recycling facilities in the future.

Currently, Biotrend is only able to recover a low percentage of mechanically recycled materials.  There are some types of plastic waste that cannot be recycled mechanically due to process limitations caused by contamination, colors and additives used in plastic production. Presently, those plastics that are either converted into Refuse Derived Fuel (RDF) or stored in landfills.

“Honeywell’s UpCycle Process Technology will help Biotrend Energy tackle the challenge of plastic waste in Turkey,” says Barry Glickman, vice president and general manager, Honeywell Sustainable Technology Solutions. “Turkey will be able to increase the range of plastics that can be recycled, which offers the potential to displace a portion of fossil feedstocks for new plastic production.”

The installation expands the UpCycle Process Technology footprint, building on Honeywell’s recent announcements reported by PlasticsToday in the US, Spain, and China.

Biotrend Energy is one of the pioneers of the integrated waste management industry in Turkey and processes 4,500,000 tons of waste per year through 18 facilities in Turkey. Biotrend Energy’s activities include waste transfer, recycling, landfill, waste-to-energy, and production of organic fertilizer (compost) and RDF. 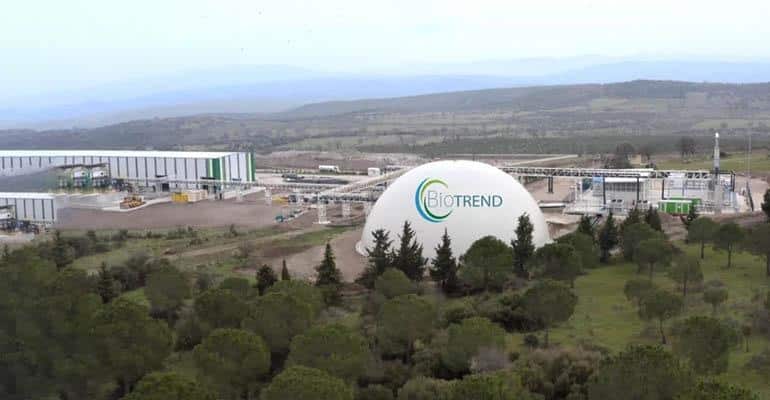 There will be lots of minor dips in China polypropylene (PP) price as the market heads towards the bottom.

A case in point was last week, when PP import prices edged higher because of restocking ahead of the Golden Week holiday, and/or because of the perception that the market had, in fact, already bottomed out.

But, as the charts in today’s post confirm, the market is a huge, huge distance from a full recovery:

The chart showing average China PP prices (block copolymer and homopolymer injection and raffia grades) versus CFR Japan naphtha costs is very instructive. This year has seen the narrowest gap between PP prices and naphtha costs for the longest period since our price assessments began in November 2002. This points to the weakest producer pricing power on record, reflecting far too much new PP capacity arriving at a time of what could well be negative real economic growth in China in 2022, despite what the official figures might say.

The latest net import and local production data indicate that China continues to head towards a 1% decline in PP demand in 2022. This would compare with 6% growth last year.

Will events turn around in 2023? I think perhaps not, because of the unavoidable “Common Prosperity” economic reforms and the zero-COVID policy logjam that China finds itself in. Early data also suggest that China’s crucial exports of manufactured goods may be declining because of the global inflation crisis.

But you don’t have to take our word for this. Instead, just follow the spreads data, which over many years has been the most reliable guide to supply and demand balances.

German economic sentiment has considerably deteriorated, according to Munich-based Ifo Institute for Economic Research, whose business climate index fell to 84.3 points in September, down from 88.6 in August. This is its lowest value since May 2020. The decline is affecting all four sectors of the economy and firms assessed their current business as clearly worse.

Pessimism regarding the coming months has grown decidedly; in retail, expectations have fallen to a record low and the German economy is slipping into recession, institute president Clemens Fuest said in a note.

In manufacturing, the index fell tangibly. Companies were less satisfied with their current business. They are definitely worried about the next six months. The last time expectations were this pessimistic was in April 2020. The mood has soured across almost all industries. Order books shrank further, he said.

In the service sector too, the business climate index took a nosedive.

Aviation has been known to take certain design cues from the automotive industry, and new technologies are making both sectors resemble each other more than ever. As airlines look to the next generation of aircraft cabin design, how might their interiors complement the luxury offerings available in cars?

Runway Girl Network sat down with veteran transport designer John Tighe to discuss changes in both sectors and what’s on the horizon. Tighe was a design director for JPA Design before moving to work with Bentley via his own design company.

In many ways, he notes, automation will make cars more like planes as occupants will in time be able to engage in more entertaining or productive activities than simply driving. But while radical changes in design can be fitted into a familiar environment, “consumers can only tolerate innovation in different areas step by step.”

The Tesla Model S, for example — which boasts autopilot features — “was revolutionary in some areas, but traditional in others,” says Tighe. And the electric BMW i3, which was considered too ahead of its time when it debuted, ultimately came into its own towards the end of its life as other producers caught up, making it seem more mainstream.

Parallels can be drawn to innovations in aircraft seating. Collins Aerospace’s nest-like, no-recline AirLounge seat, for instance, replaces the now ubiquitous lie-flat design with a fixed shell seat and ottoman.

Like the automotive industry, airlines are having to adapt their products to meet emerging passenger segments. The new front row business-plus seating trend in aviation is a visible example of how this segmentation can be transposed. Another is the rise of premium leisure, which requires a variation of service.

“Mercedes is known to be good at this, in one product such as the S Class which has a core appeal as a subtle luxury product, but is also offered as a Maybach for extrovert luxurians, and as an AMG for sportier, often younger customers,” notes Tighe.

The designer’s own work with Bentley also serves as a good example. “We need to use the heritage of the brand, whilst transforming its appeal to work for new customer demographics, which are very different and broad in their tastes. It’s difficult to navigate, but we’re finding the right paths.” 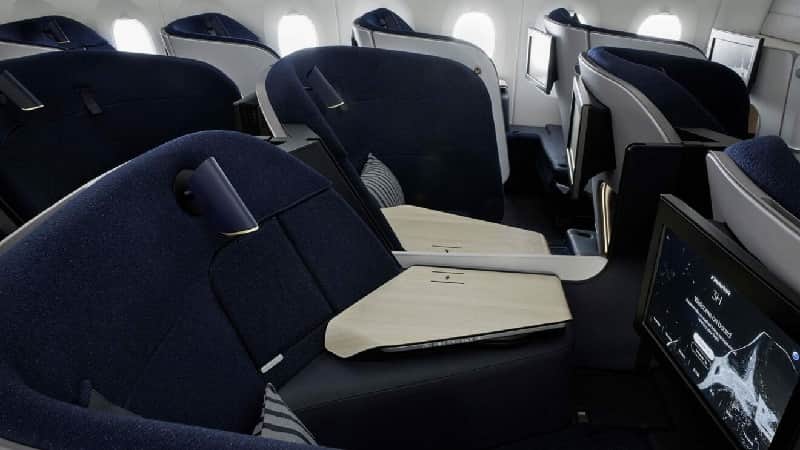 The company will start providing samples of recycled plastic material to customers in fiscal year 2023 which begins on 1 April, it said in a statement.

Since June 2021, Sumitomo Chemical has been studying a business alliance with Japanese integrated recycling firm Rever Holdings which engages in a wide range of environmental businesses, with the aim of developing material recycling businesses.

Sumitomo Chemical will use waste plastics provided by Rever for the new planned facility.

Some 3 million automobiles in Japan are dismantled annually for disposal and recycling, according to Sumitomo Chemical.

“It is particularly difficult to separate plastic components such as bumpers and interior parts and remove foreign matter from them after dismantling, which poses a major challenge to material recycling,” it said.

Bloomberg, the billionaire businessman who currently serves as a United Nations special envoy on climate ambition, said his philanthropic organization’s Beyond Petrochemicals campaign will “turbocharge” efforts by local communities in places like Louisiana’s Cancer Alley, Texas, and Appalachia to block the permitting and construction of heavy emitting plants.

The campaign takes aim at the rapid expansion of U.S. petrochemical and plastic pollution. The International Energy Agency said the plastics and petrochemical industry will exceed coal-fired carbon emissions by 2030 and account for half of the growth in oil demand by 2050.

“This campaign will help ensure more local victories, support laws that protect communities from harm, and reduce the greenhouse gas emissions that are fueling the climate crisis,” Bloomberg said in a statement.

The expansion planned by the industry could account for 15% of U.S. greenhouse gas emissions, which could make the U.S. miss its goal under the Paris climate agreement of halving its emissions by 2030, Bloomberg Philanthropies said.

At least 90 petrochemical and plastics projects have been proposed over the last decade, including 42 major construction projects that will release greenhouse gas emissions and other hazardous air pollutants, according to the Environmental Integrity Project, which tracks the planned buildouts.

“If Mr. Bloomberg wants to help people, it couldn’t be more clear that plastic saves lives and improves our quality of life,” said Matt Seaholm, president and chef executive of the Plastics Industry Association, adding that the industry has focused its spending on recycling programs. “His misguided campaign will create more problems than it solves.”

Front-line minority and lower-income communities that live where some of these projects have been proposed have led high-profile fights to block key air permits and force enforcement of environmental safeguards at existing facilities.

Just this month, activists in St. James Parish in Louisiana claimed victory when a judge revoked key air permits issued by state regulators for a plastics project planned by Taiwan’s Formosa Plastics and when the state canceled plans to build a methanol plant after nearly a decade.

“Investments like these give the communities that have been disproportionately impacted by this type of environmental racism a fighting chance,” said Beverly Wright, executive director of the Deep South Center for Environmental Justice.

Bloomberg has spent over USD500 MM to support the Sierra Club’s Beyond Coal campaign, which originally aimed to retire 30% of the U.S. coal fleet by 2020 but ended up accelerate the retirement of over 60% of coal plants by that year. It has expanded to target gas infrastructure.