-RadiciGroup at K 2022: focus on sustainability and performance

The latest innovative solutions of the RadiciGroup High Performance Polymers and Specialty Chemicals Business Areas are on display at the K 2022 trade fair (Hall 6 – Stand B10) from 19 to 26 October 2022 at the Düsseldorf Fairgrounds, which, for a week, is the global polymer industry’s focal point, attracting operators from all over the world.

RadiciGroup, a vertically integrated polyamide producer and – for over forty years – an engineering polymers manufacturer, has been at the forefront engaged in broadening its solutions to meet today’s sustainability, performance and safety requirements. The latter have been the main drivers for the development of the Group’s new proposals for its numerous target  markets, ranging from automotive and e-mobility to electrical/electronics, water management, and industrial and consumer goods.

“Compared to the last edition of the K,” emphasized Erico Spini, global marketing manager of RadiciGroup High Performance Polymers, “the Group has come to the trade show with an expanded portfolio of reduced environmental impact solutions, obtained using materials from pre- and post-consumer recycling or materials from organic sources. Our goal is to be a partner for those customers who want to implement projects in which sustainability is an essential requirement, without foregoing performance, always the core feature of our entire offering.”

Regarding recycling and recovery, our leading range is Renycle®, a brand identifying engineering polymers made with a variable percentage of post-industrial or post-consumer polyamide recycled through mechanical recovery. The recycled polyamide is sorted and processed, providing full traceability, and has an environmental impact much lower than the virgin material for each of the formulations, according to the specific LCA (Life Cycle Assessment) study. 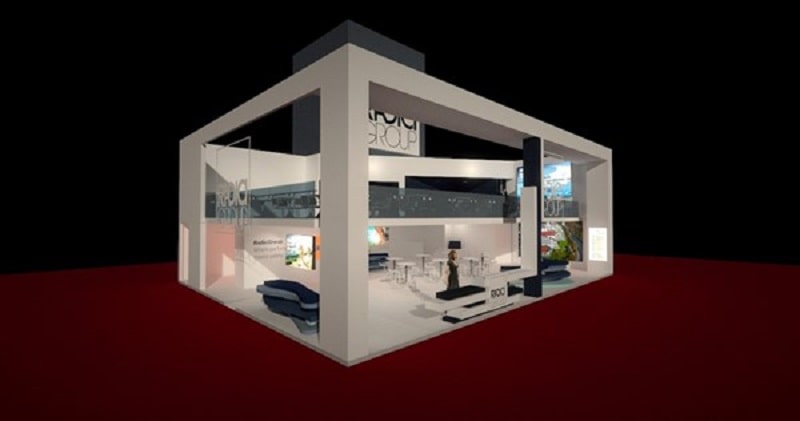 INEOS is investing EUR 30 million in a plant for the production of low-density polyethylene (HDPE) in Lillo in the port of Antwerp, the company said in a statement.

It is planned to produce both monomodal and bimodal polymer grades.

HDPE is a key material for the production of a wide range of products, including lighter and more environmentally friendly products.

INEOS notes that once completed, the production facility in Lillo will be able to meet the growing demand for durable products such as cable ducts and pipes used to transport clean energy sources such as renewable energy and hydrogen.

“This investment will enable our business to support the growing use of products that play a key role in the transition to zero emissions, as well as other uses needed for home and business,” said Rob Ingram, CEO of INEOS Olefins and Polymers in Europe.

Earlier it was reported that INEOS Styrolution, a subsidiary of a large European manufacturer of petrochemical products Ineos, plans to resume production on November 7 at the plant for the production of monomer-styrene in Texas (Texas, Texas, USA), closed earlier amid a decrease in production margins. This enterprise with a capacity of 455 thousand tons of styrene per year was closed for repairs on August 25. According to market sources, the venture was shut down due to poor market conditions.

According to the ScanPlast review, in July, the estimated consumption of HDPE (excluding exports to Belarus and Kazakhstan) increased to 129.24 thousand tons against 115.58 thousand tons a month earlier. Domestic producers have increased their operating time, and imports have also grown. For seven months of the year, the total volume of HDPE supplies to the Russian market amounted to 820.78 thousand tons, which is 9% more than a year earlier. 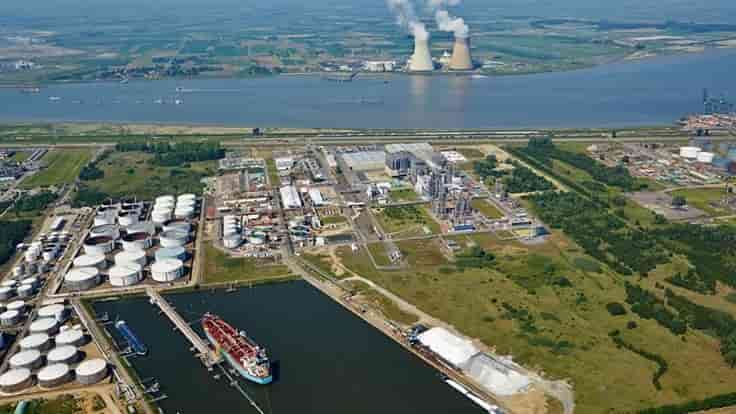 Sinopec’s production line has adopted its self-developed PAN (polyacrylonitrile) base large tow precursor and carbon fiber technologies. The project is being implemented in two phases and expects to be in full production in 2024, projecting an annual production capacity of 24,000 tons of protofilament and 12,000 tons of large tow carbon fiber.

Large tow carbon fiber refers to roving that contains 48,000 filaments or more. The high-performance material is often referred to as the “king of new material” and “black gold.” The product developed and manufactured by Sinopec Shanghai is a new type of high-strength carbon fiber with a carbon content of over 95 percent. It has outstanding excellent mechanical properties and a specific gravity that’s less than one fourth of the steel, yet a strength that’s seven to nine times stronger. It is also corrosion resistant.

As the material can be widely used in producing parts and components, it is expected to be used for an increasing amount of industrial infrastructure projects in China, including ones related to wind power, solar power, high-speed rail, and aviation.

“Sinopec has customized a special production line for large tow carbon fiber, including production equipment and techniques, which has enabled us to design oxidizing furnaces and carbide furnaces that revolutionizes not only the core technology of temperature field control, but also has a revolutionary energy-saving design, marking a major milestone in the development of China’s carbon fiber industry,” said Huang Xiangyu, carbon fiber expert and deputy general manager of Sinopec Shanghai.

Sinopec now owns 251 patents related to carbon fiber and 46 patents for carbon fiber composite materials, the largest number in China and third in the world, and through scaled up investment and industrial layout, Sinopec is committed to being a major contributor to the development of China’s carbon fiber industry.

We remind, Sinopec reported its H1 net profit rose 10% Y/Y, mostly due to significant improvement in its upstream business. The Chinese oil producer said H1 net profit jumped to 43.53B yuan (~$6.33B) and revenues rose 28% Y/Y to 1.58T yuan, due to higher prices of major refined oil and chemical products, and increased sales volumes for some petroleum and petrochemical products. H1 operating costs jumped 33% Y/Y to 1.33T yuan due to higher purchase costs for outsourced crude oil and other raw materials. 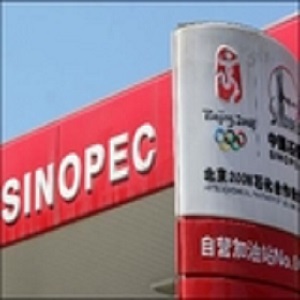 The new models of Vacurema Basic technology are unique in their scale and production capacity.

With a throughput of up to six tonnes per hour, they also consume ten percent less energy than comparable systems without the new EcoGentle plasticising technology, which Erema will be presenting for the first time at K 2022.

In the PET recycling segment, Erema proved its expertise as a partner for unique large-scale recycling projects several times last year. At the end of 2021, the recycling machine manufacturer delivered a large-scale Vacurema Basic 2628 T plant for the first time with a production capacity of up to 40,000 tonnes of rPET granulate per year. Since then, throughput capacity has again been significantly increased. “Up to six tonnes per hour are possible with our new plasticising technology,” Michael Heitzinger, Managing Director at Erema, points out. The recycling machine manufacturer calls this plasticising unit EcoGentle because it significantly reduces energy consumption. Measurements on a Vacurema Basic 2628 T system resulted in up to 12 percent total energy saving (specific total energy consumption, kWh/kg) and 30 to 47 percent energy saving for the extruder drive on Vacurema Basic plants from size 2021 upwards. Additionally, EcoGentle handles the melt in an impressively gentle way. At the same time as achieving unprecedented high throughputs. “All in all, this is a package that enables our customers to increase productivity and noticeably reduce costs,” says Heitzinger.

The decisive factor here is the further perfected interaction of the intake section and extruder screw as a result of the combination of the EcoGentle plasticising unit with the proven Counter Current technology. The optimisation of compression ratios ensures better feeding performance, and the selective exploitation of elongation flows, together with a number of other rheological optimisations, results in a particularly homogeneous melt and a wider process window. This makes it even easier to compensate for fluctuations in the input material without negatively impacting process stability. Due to the significantly lower temperature, the melt is processed more gently overall. The result is even lower acetaldehyde (AA) values, which translate into producing even higher quality rPET pellets.

Currently, Erema’s large-scale plant focus is on PET recycling. But it will not stop there, because the recycling machine manufacturer is already working intensively on upscaling the technologies for polyolefin recycling to achieve high throughput volumes. 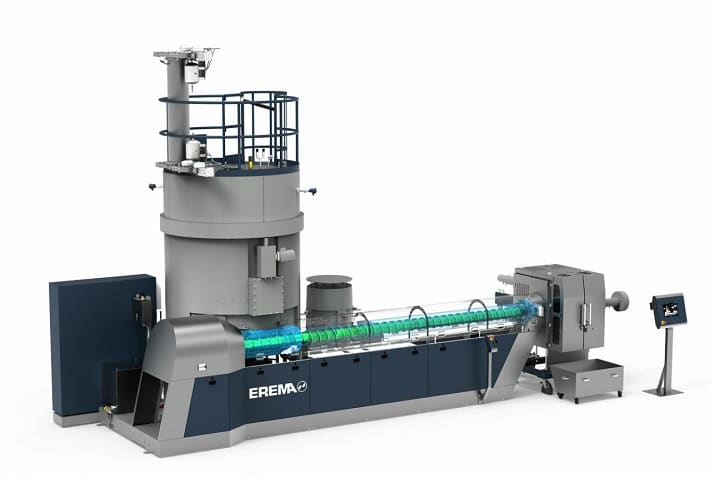 -ESWET: EU should reaffirm role of Waste-to-Energy in the circular economy

ESWET welcomes the European Commission’s 2023 Work Programme and the renewal of the Green Deal’s ambitions.

The current energy crisis has brought to light the necessity and the urgency of accelerating the energy transition. This requires maximising the use of all clean sources of energy, including the affordable and efficient electricity and heat supplied by Waste-to-Energy.

Indeed, Waste-to-Energy provides reliable, local and partly renewable energy, while playing an important hygienic function by treating non-recyclable municipal waste. This process of using residual waste as a resource not only keeps citizens warm, but is also a vital link in the circular economy. The Commission acknowledged this role of Waste-to-Energy in 2017, but must now reaffirm its commitment to Waste-to-Energy since residual waste generation is continuously increasing.

In light of the above, ESWET appreciates the ambitious initiatives proposed by the European Commission, however stresses the necessity to accelerate the revision of the Waste Framework Directive. Therefore, ESWET calls for:

ESWET also welcomes the Critical Raw Materials Act, and highlights that the recycling and recovery of key materials will be crucial to the green transition.

“The full contribution of the Waste-to-Energy sector to the circular economy should be endorsed, as a safe waste treatment solution for non-recyclable materials, a material recovery option, and a source of partly renewable and reliable energy for citizens and businesses.”, said Patrick Clerens, ESWET Secretary-General. 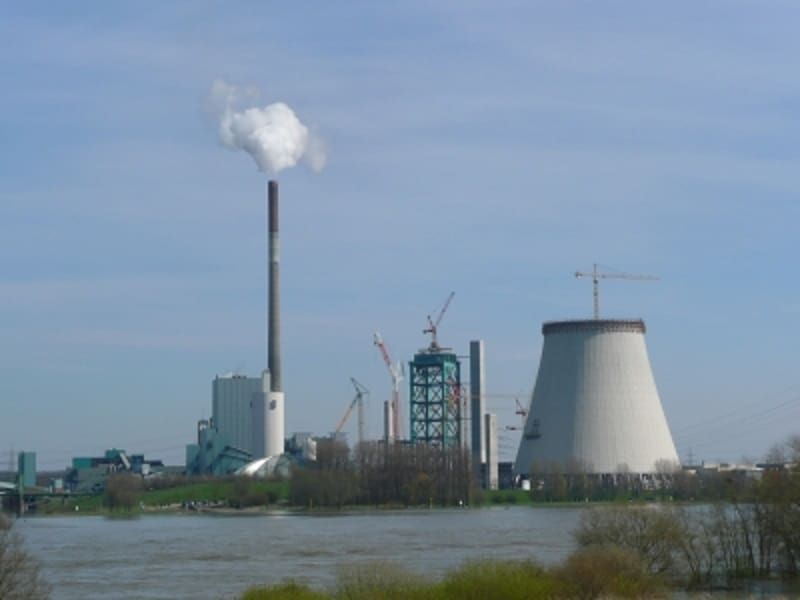 Uddevalla unit to process up to 60,000 tonnes per annum of end-of-life tires once constructed

Stockholm – Scandinavian Enviro Systems (Enviro) has advanced its project to establish a second waste tire pyrolysis plant in Sweden, with the initiation of the detailed design stage.

At this stage, the company will produce detailed structural documents for central areas such as processing, electricity, automation and piping design, said Enviro in a statement.

The detailed design work follows the completion of the front-end engineering design (FEED) stage that was concluded before the summer, the tire recycler added.

Enviro said it has now employed a number of skilled workers in fields such as electrical engineering, automation, processing, finance and mechanical engineering to advance the detailed design stage.

Enviro said it also intended to intensify efforts in procurement and supplier selection during this stage.

As previously announced, Enviro aims to build a waste tire pyrolysis plant in the Lillesjö district of Uddevalla to process up to 60,000 tonnes per annum of end-of-life tires (ELTs), nearly half of Sweden’s total annual ELT volume.

In its update, Enviro said it was yet to finalise the investment decision, stating that this would depend on it securing access to ELT supplies and agreements covering deliveries of recovered materials.

If finalised, the company expects the new facility to be completed during the fourth quarter of 2023.

The project will be in addition to Enviro’s existing plant in Åsensbruk, Mellerud, which currently recycles 15ktpa of waste tires.

The move is part of Enviro’s ‘aggressive expansion plan’ which was announced on 20 May.

Trexel and Husky are cooperating on molding recyclable opaque white preforms for PET bottles, which provide a light barrier using foam instead of pigment.

At K 2022 in Düsseldorf this week, one of the sustainability-themed exhibits by Trexel is an opaque white PET bottle that can function as a light barrier for sensitive products like milk. The white color is provided by Trexel’s MuCell microcellular foaming technology, without the cost and environmental impact of color additives.

This bottle was produced via cooperation with Husky, whose multilayer co-injection process was used to produce three-layer PET preforms with a foamed layer in the center. Nothing is added to the PET beyond inert nitrogen gas for foaming, so recyclability is not affected. 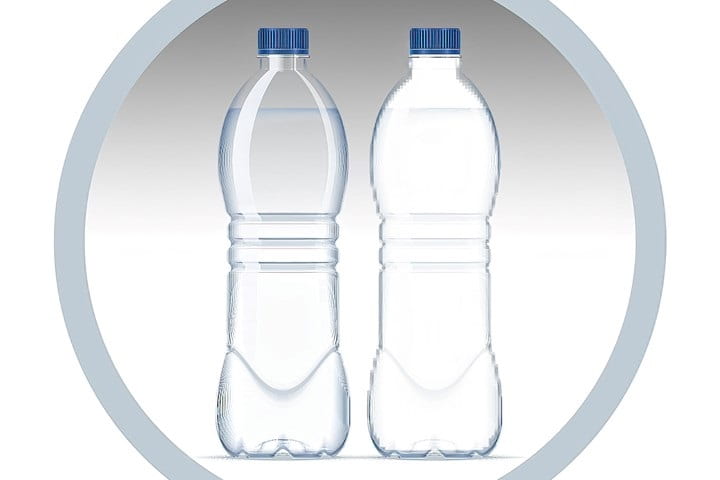