Unifi, the maker of Repreve and one of the leading innovators in recycled and synthetic yarns which is headquartered in the US, has announced the recipients of its fifth annual Repreve Champions of Sustainability awards. The awards recognise brand, textile and retail partners that have demonstrated a true commitment to supporting a more sustainable world.

Nike and Target both reached a major milestone this year, each having transformed more than two billion recycled plastic bottles through the use of Repreve fibre. Polartec, Walmart and Texhong have each transformed more than one billion bottles. This year’s recipients have helped turn a combined total of nearly 14 billion recycled plastic bottles into more sustainable products, Unifi said in a media statement.

Unifi’s Repreve Champions of Sustainability awards will be presented to 39 brand and retail partners that have transformed ten million or more recycled plastic bottles and 53 textile partners that have transformed 50 million or more recycled plastic bottles through the use of Repreve performance fibres. Carpet-recycling – PET-tray-recycling

Unifi is also recognising some special category award winners. Mavi, a Turkey-based international apparel brand with a strong reputation as a leader in the denim market and a focus on sustainability, got the special recognition award.

Jiaxing Xinran Textile, a China-based company that has incorporated Repreve in spandex-covered yarns, got the newcomer award. Lucky Textile Mills, a China-based textile mill that has created sustainable fabrics that perform in both hot and cold weather using Repreve TruTemp365, got the partner in innovation award.

“We are thrilled to announce the 2022 Repreve Champions of Sustainability. We applaud the demonstrated commitment to sustainability, which has allowed us to recycle more than 30 billion bottles to date,” Eddie Ingle, chief executive officer of Unifi, said in a statement. 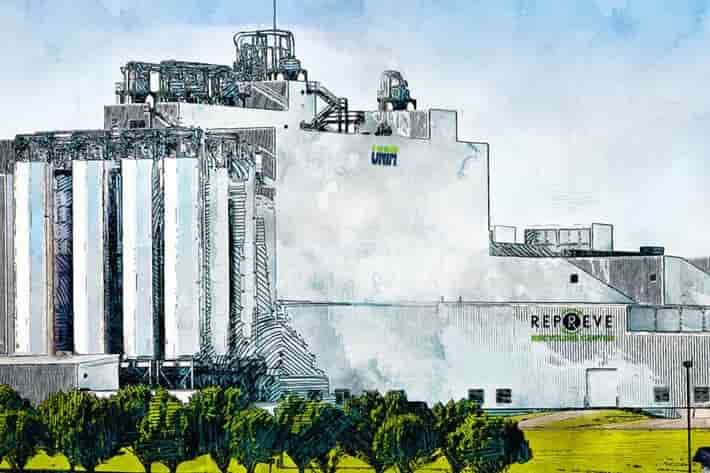 The Italy-headquartered fiber producer recycles nylon from carpet and other sources into fiber used in apparel and other textiles. It operates a plant in Phoenix that breaks carpet apart into its different materials and recycles the nylon and PP, while also recovering calcium carbonate. The nylon 6 pellets are shipped to Aquafil’s ECONYL plant in Slovenia, where a depolymerization process is used to recycle them.

Aquafil announced in 2019 it would open a similar plant in Woodland, Calif., near Sacramento, that year. The project experienced significant delays, meaning it is being closed shortly after fully opening. Carpet-recycling – PET-tray-recycling

A spokeswoman for the company confirmed with Plastics Recycling Update that Aquafil is decommissioning the Woodland recycling facility and sending carpet scrap to Phoenix to be recycled. The Phoenix site is closer to Aquafil’s three carpet collection sites in Southern California, she said.

The spokesperson acknowledged “the decision was made due to insufficient carpet supply to feed two recycling facilities (Woodland and Phoenix) each with two lines of carpet recycling. We needed 70 million pounds of used carpet and we could not source enough.”

Additionally, Pacific Gas & Electric (PG&E) delayed power installation at the Woodland plant for over two years, “which did not help as Aquafil was trying to start up that facility and bring it up to the same speed as Phoenix.”

According to CARE’s report for 2020, the Woodland facility wasn’t expected to be fully operational until the third quarter of 2021. CARE had provided a $500,000 capital improvement grant to help Aquafil get the $12 million facility up and running.

Aquafil expects to decommission the Woodland facility by the end of this spring, the spokesperson said. All of the equipment will be reused by Aquafil either in Phoenix or at the Slovenia plant.

The company runs a number of other collection and processing facilities around the U.S. 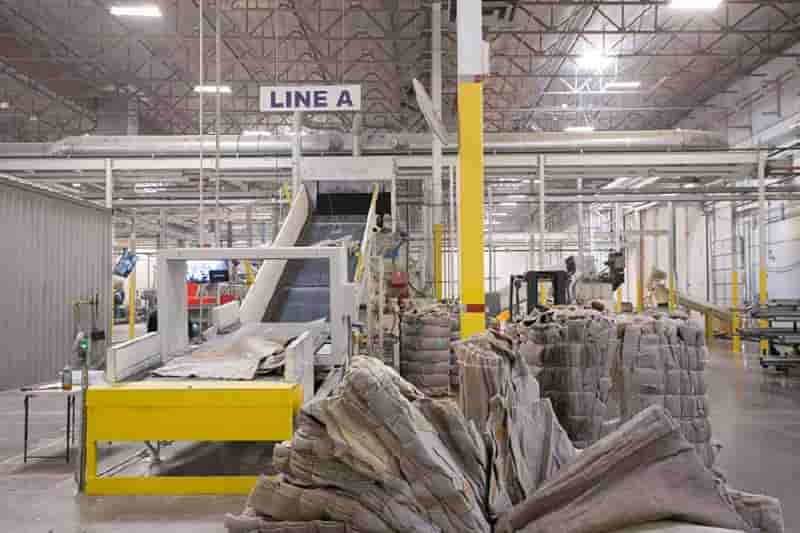 -Heimtextil Summer Special in Germany to focus on sustainability

This year, Heimtextil Summer Special, to be held from June 21-24 in Germany, will offer know-how transfer, networking and inspiration on the topic of sustainability in textiles. Due to the current challenges, sustainability is a theme that runs through all sectors of the textile value chain, triggering processes and releasing enormous innovative power.

Environmental pollution, microplastics and high water consumption as well as increasing consumption are buzzwords that hit the textile industry on the topic of sustainability. The production of textiles consumes large amounts of resources, which poses challenges for the textile industry, especially in times of rising prices and supply bottlenecks. Carpet-recycling – PET-tray-recycling

For this reason, the home textiles industry has been dealing with the topic of circular economy for more than 10 years in order to save resources and make production and products more sustainable. Materials are not disposed of at the end of a product’s life, but are kept in circulation within the framework of sensible recycling and are reused in new products. At the same time, a functioning circular economy reduces the amount of waste and CO2 emissions. Manufacturers of home textiles are consistently pursuing the approach of a genuine circular economy and are focusing on reduction, energy efficiency, reuse and recycling.

Exhibitors present sustainable concepts and innovations at the international fair. For example, the Spanish manufacturer Francisco Jover S.A. (Hall 4.1, C14) will generate 99 per cent of the energy it needs from the photovoltaic system on its roof and will recycle 100 per cent of its plastic, paper and cardboard waste, the organiser said in a press release.

In addition, exhibitors such as Lech Fabrics (Hall 4.1, C91) will introduce high-quality PET fibres to their portfolio. Most fabrics used in the production of furniture are made of polyester. Therefore, according to Lech Fabrics, it is ideal to use plastics from other industries that would end up in the dustbin, or worse, in the forests and oceans. Lech Fabrics is therefore investing in innovation and expanding its portfolio of such products. In the process, the company says it saves 94 per cent water, 60 per cent energy and 32 per cent CO2 emissions in the production of its fibres from PET compared to new production.

The Austrian Lenzing Group will follow the path of a holistic approach that encompasses the circular economy and renewable materials. As a producer of wood-based pulps and fibres, Lenzing is at the beginning of the value chain for the production of textiles and nonwoven products. Here, the intensive cooperation of the entire value chain and the traceability of raw materials within the value chain are elementary. Carpet-recycling – PET-tray-recycling 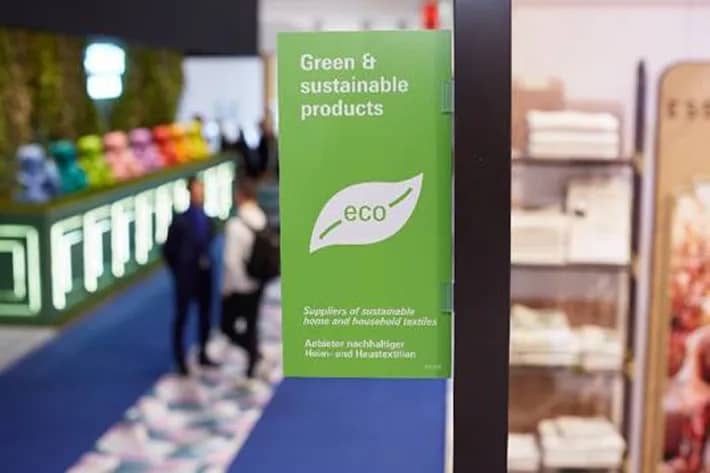 Activist shareholder group As You Sow announced in a press release that 50.4% of Phillips 66 shareholders voted to support a resolution asking the energy company to detail its market risks of continuing to invest in virgin plastics. Shareholder resolutions are not binding. Carpet-recycling – PET-tray-recycling

The vote came at the company’s annual meeting on May 11. Phillips 66 is the joint owner of Chevron Phillips Chemical Company (CPChem), along with owner Chevron Corporation. According the company, the vote tally was 161,725,428 in favor of the resolution and 159,340,137 against, with 3,393,604 shareholders absent.

The resolution asks Phillips 66 to publish a report describing how it could shift from virgin to recycled polymers, assessing the resilience of its petrochemical assets under virgin-to-recycled transition scenarios. It also requires the company to study the financial risks associated with such scenarios, according to As You Sow.

The company recommended voting against the resolution in a shareholder document, saying it was not “in the best interests of the company and its shareholders.”

Phillips 66 said it and CPChem “are committed to keeping plastic out of the environment and progressing toward a more circular economy where plastic packaging is reused, recycled or recovered.”

It pointed to its target goal of producing 1 billion pounds of circular polymers by 2030 via mechanical and chemical recycling, “which makes this proposal unnecessary.”

Phillips 66 also noted that it invests in chemical recycling companies Nexus Circular and Mura Technology, Infinity Recycling’s circular plastics fund and the Circulate Capital Ocean Fund, and it pointed out that it is a founding member of the Alliance to End Plastic Waste.

According to CPChem’s February 2022 investor update, its global plastic projects, some which await final investment decisions this year, would add 3.8 million metric tons to its worldwide olefins and polyolefins capacity.

“Petrochemical companies that are serious about their commitments to end or combat plastic pollution cannot justify continuous and rapid expansion of virgin plastic production,” said Joshua Romo, energy and plastics associate at As You Sow. “We hope this majority vote will motivate the company to thoroughly assess its exposure to the single-use plastic supply chain and provide investors with information on how it will decrease transition risk as the world moves away from virgin and single-use plastics.” Carpet-recycling – PET-tray-recycling 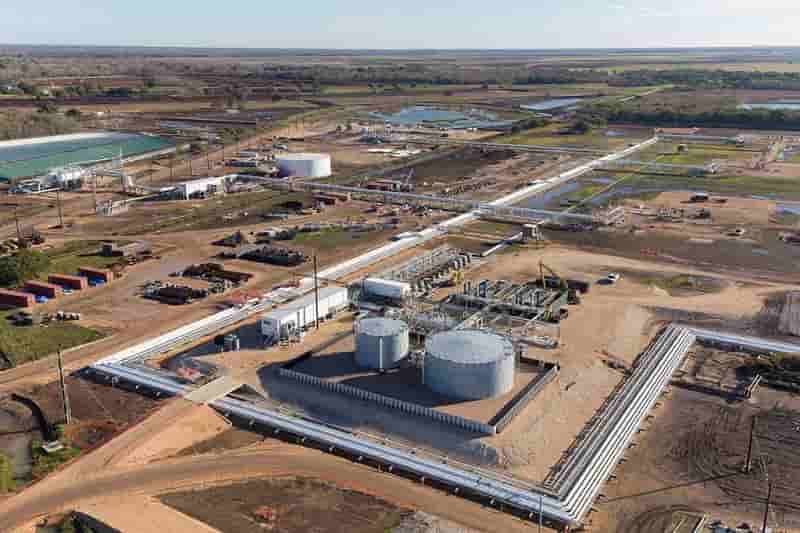 Indorama Ventures is moving into the commercial stage of a project in which post-consumer PET trays are recycled into flake used in food packaging.

According to a press release, Thailand-based Indorama Ventures has been testing the technology at its Wellman France Recycling facility in Verdun for the past six years. The project is in collaboration with French environmental service companies Valorplast and Citeo.

Indorama noted it has recently developed a commercially feasible recycling solution for monolayer PET trays, with the collaboration of plastic packaging producer Klöckner Pentaplast. The technology will recycle over 50 million post-consumer PET trays per year, the press release said.

“Development of tray recycling has been a goal for some time. We are proud that – together with our partners – we have been able to develop a commercially and technically feasible process that allows us to produce a dedicated RPET flake product for the food packaging market,” Indorama Ventures Recycling Group said in the press release. Carpet-recycling – PET-tray-recycling

The facility is now processing 500 metric tons of PET trays monthly, recycling the trays into flake for use in new trays. The press release noted that the purity of the flakes is comparable with high-quality bottle flake.

The company is planning to scale up the technology and process 10,000 metric tons of tray flake in 2022, the press release said. 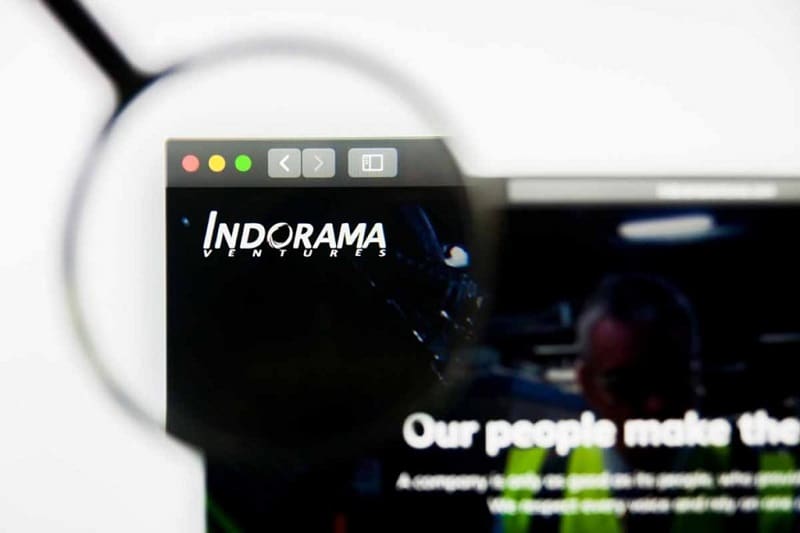 The production process is simpler than using dimethyl terephthalate (DMT) and ethylene glycol in a transesterification reaction, so recycling is achieved with less energy consumption. Also, the new technology reuses resources such as wastewater, waste liquid and depolymerization catalysts.

Teijin Frontier will launch a pilot facility at its Matsuyama Plant this month and proceed with verification tests. It also will continue developing recycling technologies to improve the quality of recycled raw materials and reduce environmental load. Aiming to realize a sustainable value chain for a circular economy, Teijin Frontier is working to establish a mechanism for sustainable fiber-to-fiber recycling of polyester in cooperation with partner companies and consortiums both in Japan and globally.

Compared to material recycling, which melts and molds used products including polyethylene terephthalate (PET) bottles, DMT-based chemical recycling results in less deterioration of quality due to recycling, but its energy consumption is high. 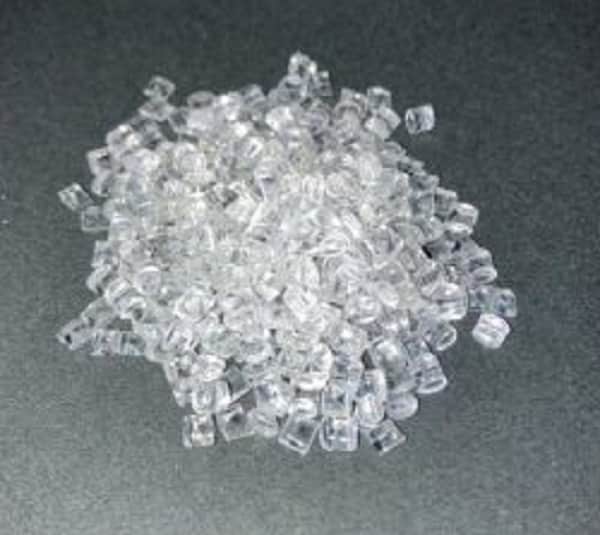