-Putin takes his revenge with the EU for the introduction of the price cap: he signed a decree, in force since February 1st, which prohibits the supply of oil to those who introduce a maximum price in contracts – in the meantime however returns to sell gas to Europe

Ukrainians must accept Moscow’s proposals. This was stated yesterday by Russian Foreign Minister Sergej Lavrov who, in an interview with Tass, reiterated: «The enemy is well aware of our proposals for the demilitarization and denazification of the territories controlled by the regime, the elimination of threats to security of Russia from there, including the new territories (the republics of Donetsk and Lugansk and the regions of Kherson and Zaporizhzhia).Cude-oil-cup Russia Putin

Otherwise, the matter will be decided by the Russian military.”
Lavrov also accused the United States and the West of “prolonging the conflict and making it more violent” and the Pentagon of hatching a plan to kill Russian President Vladimir Putin. Words that distance any glimmer of peace, always assuming there ever was one, after the Foreign Ministry of Kiev Dmytro Kuleba announced on Monday the request for a summit within the framework of the United Nations, for the discussion of a plan that however, it foresees the participation of Moscow. Cude-oil-cup Russia Putin
The response to Lavrov’s threats came from the adviser to the Ukrainian president Volodymyr Zelensky, Mikhailo Podolyak who wrote on Twitter: «Neither the total mobilization, nor the frantic search for ammunition, nor the secret contracts with Iran nor the Lavrov’s threats will help. Russia must face reality. Ukraine will demilitarize the Russian Federation, driving out the invaders from all occupied territories. Wait for the ending in silence…».
From the diplomatic field to the military one, where fighting continued yesterday in the regions of Donetsk and Lugansk, theater of the most intense clashes in recent weeks. Ukrainian Deputy Defense Minister Hanna Maliar said Russian forces were trying to encircle the town of Bakhmut in the Donetsk region, but were unsuccessful.
Heavy battles are also raging around the town of Kreminna in the Lugansk region, according to Governor Serhiy Haidai. Cude-oil-cup Russia Putin

The city of Kherson was targeted 11 times yesterday alone. And, according to the deputy head of the presidential office, Kyrylo Tymoshenko, a maternity ward was also hit, with no one injured.
Russian President Vladimir Putin, after meeting his Belarusian counterpart Alexander Lukashenko for the second time in a few days, signed a decree in response to the introduction by some states of the price cap on Russian crude oil.

The measure, in force from 1 February until 1 July 2023, prohibits the supply of oil and petroleum products from Russia to counterparties that introduce a maximum price in the contracts. Cude-oil-cup Russia Putin
And it prohibits the supply of oil to foreign buyers, if the contract includes a price cap mechanism. Deliveries of Russian oil and petroleum products to countries that have joined the price cap will be possible only by derogation from the Kremlin 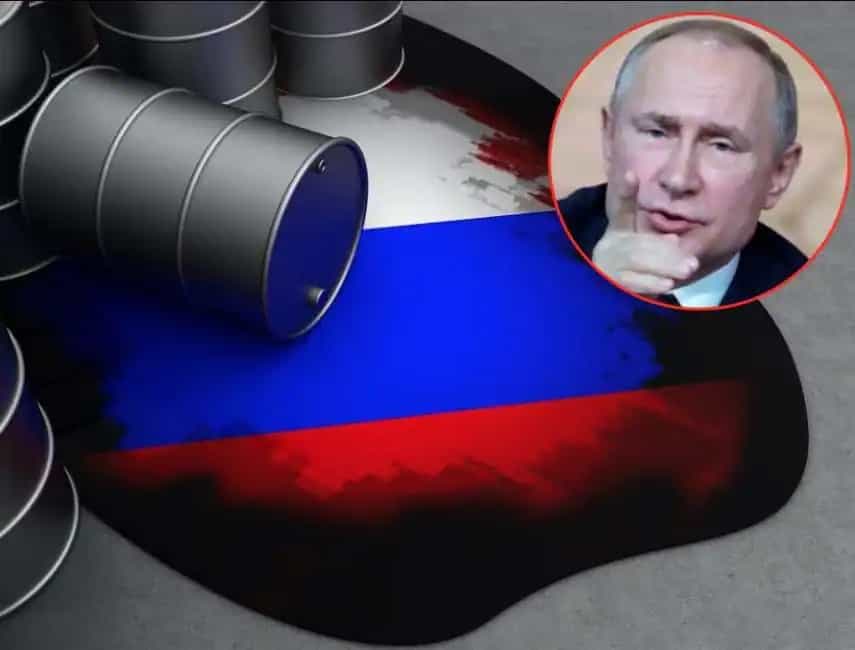