In August, US-based provider of circular solutions for the rubber industry Bolder Industries Inc. announced a strategic partnership with Liberty Tire Recycling that would give new life to old motorsport tyres. Rob Coker spoke to Bolder Industries CEO and Founder Tony Wibbeler to learn how.

It’s great news that US-based rubber industry stakeholders are taking more and more steps towards recycling and circularity. How many used tyres do you estimate will be diverted from landfill/incineration due to this partnership alone?

More than three million annually, starting in 2023 at the Bolder Industries Terre Haute facility – which is expected to increase to six million in the coming years. The total number of tyres diverted will increase dramatically upon further expansion of our facilities to other states that are ideal for the Liberty Tire partnership, based on supply and other factors.

To which industries/applications would the rubber recyclate then go?

Bolder Industries’ proprietary process turns end-of-life tyres into circular raw materials for the rubber, plastics, and petrochemical industries. Our primary products consist of a sustainable carbon black, BolderBlack, used in the manufacturing of consumer goods, automotive applications, and industrial materials. BolderBlack is now in over 3,000 product applications – everything from phone cases to conveyor belts, and from tires to bumpers. Our sustainable petrochemical, BolderOil, is used in solvents, renewable fuels, and for industrial manufacturing. Circular Nonwovens – Rubber-recycling 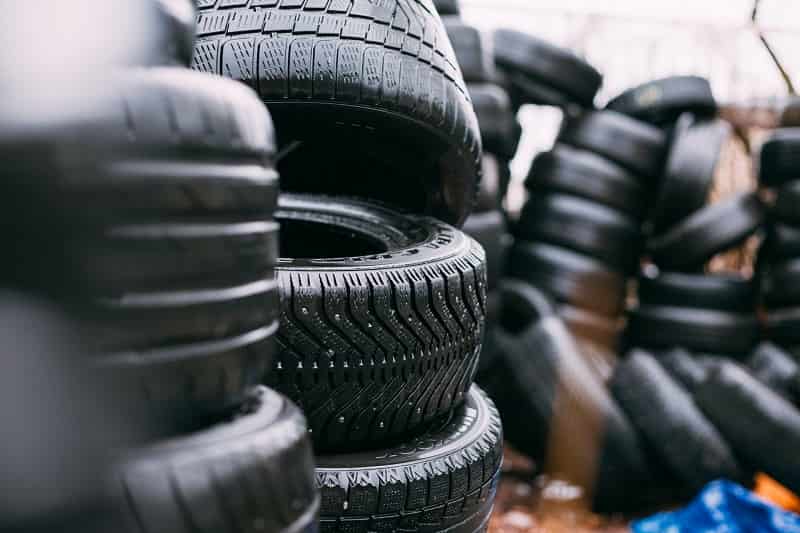 Braskem, the market leader and a pioneer in the production of biopolymers, entered into an agreement for the acquisition of shares and the subscription of new shares in Wise Plasticos S.A., a company engaged in mechanical recycling, said the company.

Braskem will acquire an equity interest of 61.1% in the share capital of Wise for an estimated amount of RD121 million, part of which will be used to expand its current production capacity by two-fold to around 50,000 tons/year of recycling by 2026.

The transaction, which is subject to approval by the applicable authorities, represents yet another step by Braskem in its strategy to invest in the circular economy by developing sustainable and innovative solutions based on opportunities to improve the plastics recycling chain, which includes the challenge of recycling in Brazil.

Wise, a relevant player in the recycling of polyolefins for consumer goods companies, is a Brazilian company based in Itatiba, Sao Paulo that has operated in the sector for over 15 years. Currently, it has nominal capacity to recycle approximately 25,000 of plastic waste per year and maintains important partnerships with companies such as Unilever and Natura. Circular Nonwovens – Rubber-recycling

The company has a strategic expansion plan to capture opportunities in this market over the coming years focusing on polypropylene (PP) resins using caps, housewares, home appliances and on high-density polyethylene (HDPE) using packaging for personal and home care and cosmetics, corrugated tubing, etc.

According to Edison Terra, vice-president of Olefins and Polyolefins at Braskem, the transaction demonstrates the solidity of Braskem’s strategy to accelerate development of the chain and leverage recycling in Brazil: “The transaction with Wise contributes to our macro-goal of eliminating plastic waste, which includes projects focusing on education, recycling infrastructure, mechanical recycling and advanced recycling.”

“Braskem and Wise share the same vision and goals, which are to develop the chain and leverage recycling in the country. The two teams will work together and with other players in the sector transparently to foster the market’s growth, drive advances in the supply chain and improve products and customer service,” said Bruno Igel, will stay on as CEO of Wise. 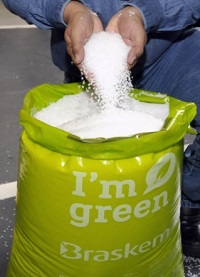 EDANA has released the programme for its upcoming Circular Nonwovens Forum, which takes place as both an in person and an online event on 22 September 2022, in Brussels.

“Nonwoven manufacturers, their suppliers and converters are increasingly focused on finding circular and sustainable solutions,” EDANA said. “The Circular Nonwovens Forum is a place where industry players and stakeholders can initiate dialogue, exchange views and come to conclusions. This year again, we have at heart to offer a dynamic and insightful programme involving professionals from the industry as well as external speakers.”

Taking place under the theme, Together, let’s build the circular economy for nonwovens, the speakers include Maria Teresa Ambrosi, senior consultant nonwovens and roll goods, Schlegel und Partner (Germany), who will offer a view on sustainable raw materials for the nonwovens industry: a reality check of existing alternatives, current applications and hands-on opinions of the market. Circular Nonwovens – Rubber-recycling 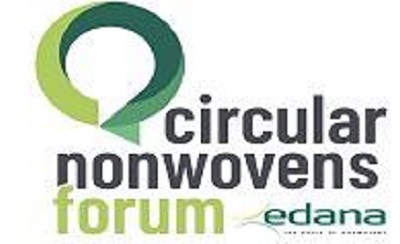 CPG and waste and recycling industry leaders are urging the House of Representatives to follow the US Senate’s lead and quickly pass “critical” legislation needed to “fix America’s broken recycling system” which, according to the Consumer Brands Association, is in decline as confused consumers try to navigate nearly 10,000 local systems with different rules and inconsistent data reporting requirements.

“Right now, recycling is in retreat. Cities and countries are reducing or even eliminating their recycling programs. The national recycling rate is declining. Consumers are confused and frustrated,” CBA vice president of packaging sustainability John Hewitt recently opined in The Hill.

“We cannot accept this disarray as our fate,” he added, calling for “uniformity … to unlock recycling’s potential.”

The unanimous passage of the Recycling and Composting Accountability Act  and the Recycling Infrastructure and Accessibility Act was lauded by US Senate champions Tom Carper, D-Del., who said the nation is now “one step closer to enacting solutions that are good for our planet and our economy.”

Both joined industry advocates in calling for the House to pass “these commonsense measures.”

The Recycling and Composting Accountability Act (S.3743)  would address the abysmal 32% national recycling rate by requiring EPA to work with state, local and Tribal governments to assess and implement a national residential composting strategy and require EPA to “create a comprehensive baseline of data on the US recycling system” by requiring it to collect and report on the prevalence of recycling and composting programs nationwide, the types of materials accepted by each program, contamination rates and the availability of curbside and drop-off services.

The Recycling Infrastructure and Accessibility Act (S.3742) would empower EPA to award competitive grants to improve recycling accessibility in underserved communities through the use of a “hub-and-spoke model for recycling infrastructure development,” according to the Senate EPW committee. Circular Nonwovens – Rubber-recycling 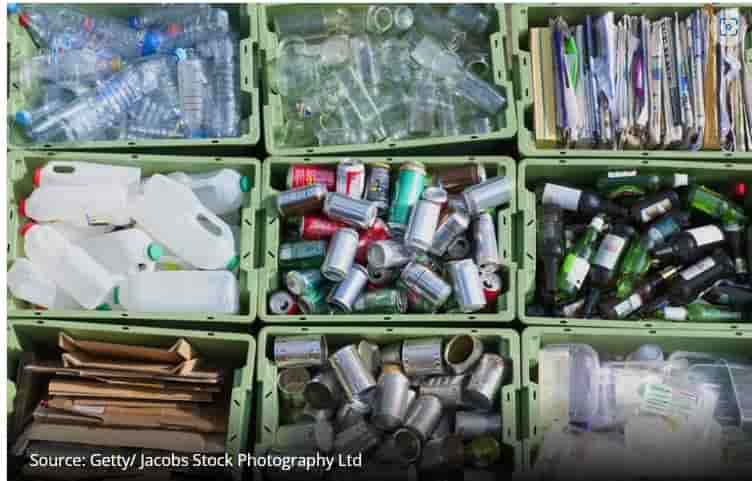 The waste management business in the UK was the last major part of the French environmental group Suez whose future was still in limbo after the takeover by competitor Veolia. On Monday, Veolia has announced the signing of a sales agreement for Suez’s UK waste operations. The disposal “addresses the main concerns of the UK competition authority”, Veolia said. Circular Nonwovens – Rubber-recycling

The group announced “the execution of a unilateral put agreement whereby Macquarie Asset Management irrevocably undertakes to acquire 100 per cent of the share capital of Suez Recycling and Recovery UK Group, regrouping Suez waste activities in the UK”. The sale proceeds will amount to about €2.4bn, according to Veolia. 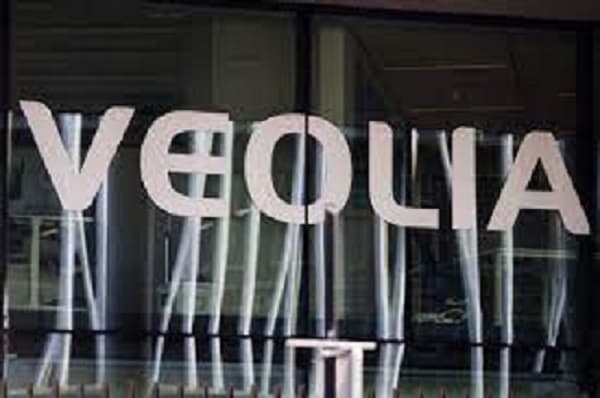 -Charter Next Generation Continues to Expand with the Acquisition of Polymer Film & Bag, Inc. and Certain Related Assets

“PF&B is a perfect fit for CNG and will help us continue to outpace industry growth in the future,” said Kathy Bolhous, Chairman and CEO of Charter Next Generation. “The team in Massillon shares many of our core values as well as a focus on creating sustainable solutions. We also share a commitment to focus on our customers’ success by providing the most advanced, highest quality films available. We are thrilled to welcome the PF&B team to CNG.”

“We attribute CNG’s success to our focus on having:  (1)  the best assets to deliver the best quality in the industry; (2) a passion for developing the next generation of sustainable solutions for a better world; (3) a commitment to being ultra-responsive to our customer’s needs; (4) and the most talented team in the market, employee-owners who continually seek “a better way” to improve our business,” said Doug Latreille, Chief Commercial Officer of Charter Next Generation.

Cagayan de Oro City, Philippine: The City Local Environment and Natural Resources Office (CLENRO) stepped up its campaign against plastic use, urging the public to reduce the use of plastic or polyethylene terephthalate (PET) bottles.

CLENRO assistant head Elvisa Mabelin noted that the city has seen the improvement from banning single-use plastics, but added that PET bottles remain floating in creeks and canals.”There’s a need to campaign on minimising the use of PET bottles, as there are replacements (for containers). Instead of buying mineral water (in PET bottles), why not bring containers,” Mabelin said.

Based on the recent waste analysis by CLENRO, Mabelin said PET bottles are found to be prevalent kind of plastic waste, as compared to other plastic-based materials. “We have cellophanes–low-density and high-density polyethylene plastics–and PVC (polyvinyl chloride) pipes, and the PET bottles which are usually found in water canals,” she said.

Armen Cuenca, CLENRO head, said a year after the ban on single-use plastic there has been a noticeable reduction in the amount of plastic wastes in the city. “If we look at the sanitary landfill, we can see less plastic floating (in mid-air). We also saw that there were less plastic materials floating in water drainages,” he said, referring to a flood-prone highway in the city. Circular Nonwovens – Rubber-recycling

Cuenca said while the city is implementing a drainage rehabilitation program, the absence of plastics in the floodwater is an indicator that the banning of single-use plastic has been effective.

The ban on single-use plastic was implemented in January last year, following the passage of City Ordinance No. 13378-2018, otherwise known as the “Integrated Eco-biological Solid Waste Management Ordinance.” 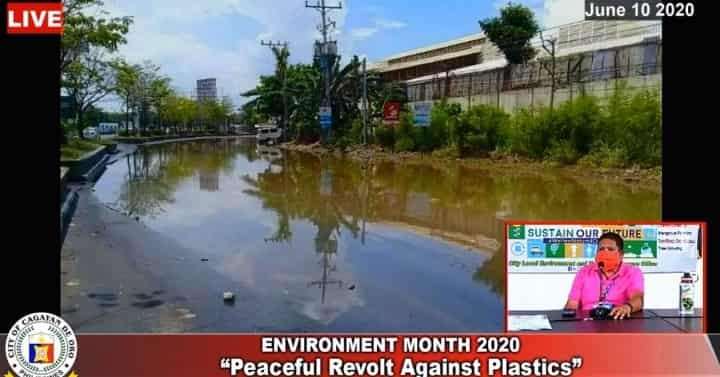 -‘Time Is Now’ to Put Sustainability Into Practice, Says Reifenhäuser

The extrusion technology innovator will show how it is moving the needle on recyclability at K 2022.

The attributes that have made plastic so popular — its durability, light weight, flexibility, and impermeability — are also its downfall when it becomes waste, according to Ulrich Reifenhäuser, Chief Scientific Officer of Reifenhäuser GmbH & Co. “Plastic floats — it does not decompose, it does not dissolve,” he told the German plastics and rubber association VDMA recently. If recyclability had been taken into account from the beginning of the product development process in addition to cost and functionality, at least 80% of plastics would be recyclable today, he said. Circular Nonwovens – Rubber-recycling

Instead, an emphasis on functional optimization has produced plastics, such as multi-layer films, that are difficult or impossible to recycle. “I am convinced that we can and must change this,” stressed Reifenhäuser in the VDMA interview. It’s a message that the Reifenhäuser Group, a plastics extrusion technology specialist based in Troisdorf, Germany, will amplify at K 2022 under the theme, “The Time Is Now.” The company gave a preview of the innovations it will be highlighting at the show in October during a press preview in June in Düsseldorf.

Reifenhäuser has three booths of its own at the K, and is also part of an open-air pavilion as a partner in the R-Cycle initiative, which has developed a traceability standard for sustainable plastic packaging. The R-Cycle’s Digital Product Passport will be the topic of a forthcoming article in PlasticsToday.