Titan Bioplastics has received foundational support and funding from Spartan Innovations and Red Cedar Ventures. Spartan Innovations and Red Cedar Ventures are wholly owned subsidiaries of Michigan State University Foundation (MSU), a hub for creating partnerships that develop economic value from the research and creativity within the Michigan community.

Tanya Hart, CEO of Titan Bioplastics said, “We are extremely honored and proud of the investment into Titan Bioplastics by Spartan Innovations and Red Cedar Ventures, the prestige and opportunity this partnership brings will allow not only allow Titan Bioplastics access to MSU state of the art equipment, labs, and expertise but equally importantly the prolific opportunity to develop commercially viable polymer composite innovations in collaboration with MSU.” Green-hydrogen -Bottle-to-bottle

Red Cedar Ventures focuses on growing Michigan startup companies and accelerating commercialization of Michigan State University technologies. Spartan Innovations will support Titan Bioplastics through its Entrepreneur-in-Residence program and additional investment from Red Cedar Ventures. Thanks to these two resources, Titan Bioplastics material innovations will come to market more quickly, build a strong team, and form a relationship with the MSU ecosystem. In addition, Spartan Innovations has a large network of experts, service organizations, investors, and university connections that Titan Bioplastics can leverage.

“Titan Bioplastics is a perfect example of what we do at Spartan Innovations. Working with this talented team through our Entrepreneur-In-Residence program and connecting them with MSU resources, including research, is how we help startups get to commercialization,” said Jeff Wesley, Executive Director at Spartan Innovations, Red Cedar Ventures, and Michigan Rise.

Titan Bioplastics provides sustainable solutions for problems in solving plastic pollution by working with biobased, compostable, and recycled polymers. Titan adapts materials to include Nanotechnology into a variety of resins and composites, often providing a wide range of mechanical properties. Titan provides composite development for companies looking to comply and innovate toward sustainable mandates for bioplastics and recycled plastics. Green-hydrogen -Bottle-to-bottle 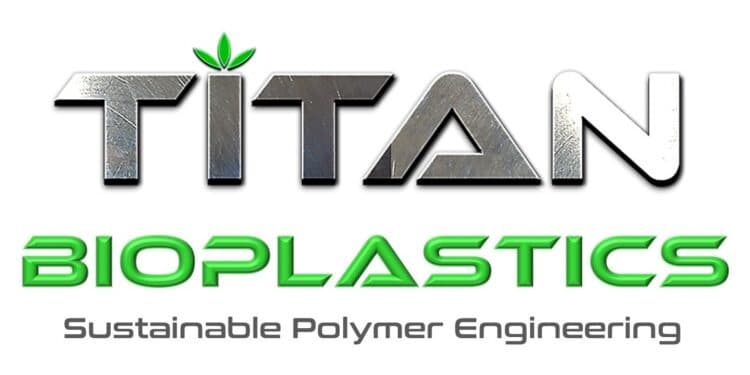 “The authority hereby initiates an anti-circumvention investigation…to consider extension of existing anti-dumping duty on imports,” the Directorate General of Trade Remedies (DGTR) said in a notification.

India has initiated a probe into the alleged circumvention of anti-dumping duty imposed on high tenacity polyester yarn (HTPY) originating from China, based on an application filed by Reliance Industries Ltd. Green-hydrogen -Bottle-to-bottle

“The authority hereby initiates an anti-circumvention investigation…to consider extension of existing anti-dumping duty on imports,” the Directorate General of Trade Remedies (DGTR) said in a notification.

It said the application for initiating the probe has been filed by Reliance Industries), a major producer of HTPY in India. The application is supported by Wellknown Polyesters Ltd, DGTR said.

The finance ministry had imposed the anti-dumping duty on the product imported from China on July 9, 2018, and it is in force till July 8, 2023. The period of investigation is 2021-22. 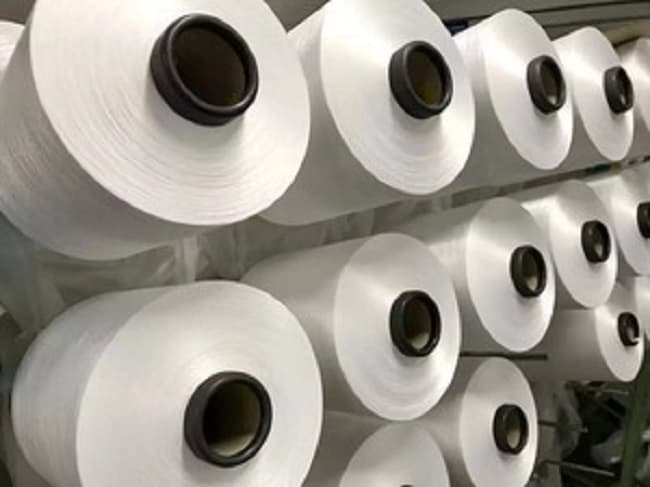 Brazilian chemical maker Unigel announced plans to build a green hydrogen plant in the northeastern state of Bahia, with an initial investment of USD120 million and the goal of making it one of the largest of its kind in the world, said Reuters.

The plant will starts its production planned for late 2023. At this moment, Unigel’s integrated green hydrogen and green ammonia plant is expected to be the largest in the world. In the first phase of the project, Unigel installs three 20 MW standard electrolyzers from thyssenkrupp nucera, adding up to a total capacity of 60 MW. The company plans to quadruple its production of green hydrogen in the years following the inauguration by expanding the electrolyzer plant to a multi-hundred MW facility, which will produce approximately 40,000 tons of green hydrogen. The new factory is expected to employ more than 500 people, so that the chemical company also gives an important impulse for the whole region. Green-hydrogen -Bottle-to-bottle

“Throughout our nearly 60-year history, we have always been attentive to technological innovations and have invested to meet industrial and agribusiness demands. With this project, Unigel takes the first step towards the decarbonization of several sectors, contributing substantially to combating climate change on the planet”, emphasizes Henri Slezynger, Chairman of the Board of Directors and founder of Unigel. 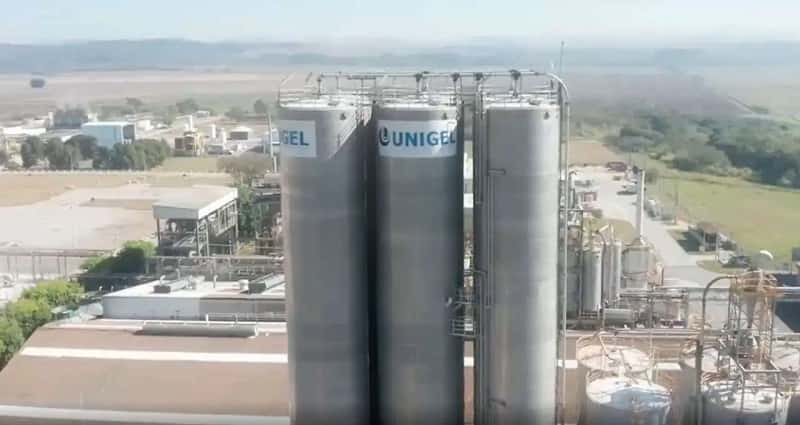 Tetra Pak announced that it will be exiting its remaining operations in Russia. This is due to the cumulative impact of the restrictions on exports to Russia leading to an unsustainable supply chain, as a result of which the company is left with no other option than to exit the country.

This follows the company’s earlier decision to suspend all new investments and projects in Russia, restricting its operations to support customers for essential food items only, in line with its strongly held commitment to the principle of people’s right to access safe food.

Tetra Pak has now reached an agreement to divest its Russian business to local management, with the intention of enabling business continuity for its customers, minimizing the impact on employees, and continuing to support consumers’ access to essential food. Green-hydrogen -Bottle-to-bottle

Following this transfer of ownership, the new company will operate as an independent entity under a new name and will not be affiliated to Tetra Pak. This marks the end of 62 years of Tetra Pak’s presence in Russia.

Kirin Beverage Company, in cooperation with Tobu Railway Company, will start horizontal ‘bottle-to-bottle’ recycling, in which used PET bottles are collected and recycled into PET bottles, at 33 Tobu Tojo Line stations from 3 August.

In Japan, used PET bottles are often recycled for a wide range of uses after they are collected, so the proportion of ‘bottle-to-bottle’ recycling is low at 15.7%. Once recycled into PET products other than PET bottles, it is technically difficult to recycle them back into PET bottles. Green-hydrogen -Bottle-to-bottle

In addition, empty containers in recycling boxes installed next to vending machines are collected by individual businesses as ‘business-related waste’, which is regarded as an inefficient collection scheme. In order to further promote ‘bottle-to-bottle’ in the future, it is necessary to process PET bottles collected from recycling boxes to a quality that enables ‘bottle-to-bottle’ as well as to reduce the costs involved in collection.

Tobu and Tobu Railways have jointly established a scheme to collect PET bottles from recycling boxes installed on the company’s railway lines and a recycling cycle to recycle PET bottles collected on the railway lines back into PET bottles. In this initiative, the Tobu Building Management Corporation will collect used PET bottles from the recycling boxes installed next to the Company’s vending machines at each station on the Tobu Tojo Line, conduct intermediate processing at Kinoshita Friend Corporation, and send them to recycler Toyotsu, which supplies them to PET Recycle Systems Ltd. There, the bottles will be recycled and rPET beverage containers will be manufactured.

In addition, customers using the stations will be educated with posters and other materials to ensure that they correctly understand the purpose of the recycling bins and to reduce the amount of foreign substances in the bins. Green-hydrogen -Bottle-to-bottle 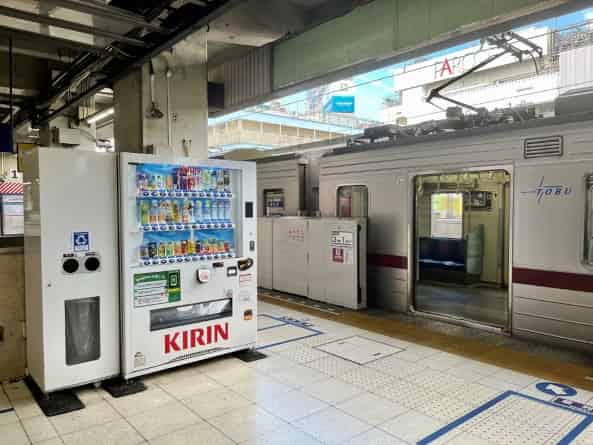 The plant will be able to convert mixed waste plastics into recycled polymer feedstock utilizing Honeywell’s UpCycle Process Technology. Honeywell UOP will provide related engineering work and technical services for the project up to its startup and commissioning, and provide technical support services for the plant’s operation, optimization, monitoring, and maintenance during its lifetime.

CNTY intends to use the technology in building more waste plastics recycling plants in the future. The two parties will also explore potential collaboration in various fields, including waste plastics pre-treatment and pyrolysis equipment manufacturing.

The technology expands the types of plastics that can be recycled to include waste plastic that would otherwise go unrecycled, including colored, flexible, multilayered packaging and polystyrene.

“Honeywell’s UpCycle Process Technology not only expands the types of recyclable plastics that helps close the loop within the plastics supply chain, but also helps minimize consumption of fossil fuels over the course of virgin plastics production, reducing the carbon footprint,” says Vimal Kapur, president and CEO of Honeywell Performance Materials and Technologies. Green-hydrogen -Bottle-to-bottle 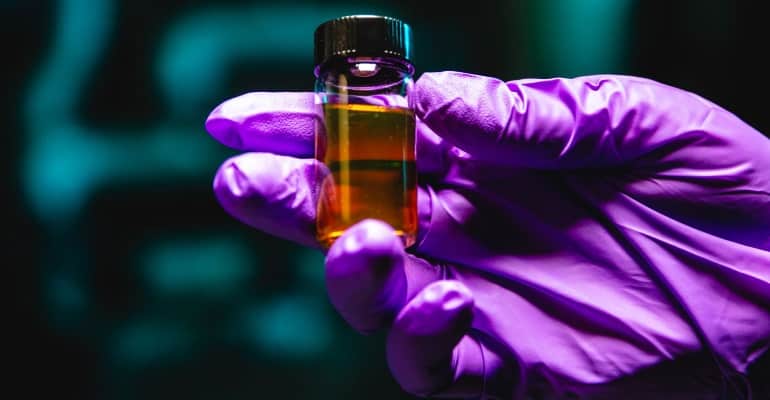 Polymers with faster biodegradability that target packaging and single-use applications are suitable for film (shown), sheet, and thermoforming processes.

The expanded offering for film extrusion, thermoforming, and injection molding is in line with Green Dot Bioplastics’ goal to achieve faster rates of biodegradability, in ambient conditions, while meeting the growing sustainability demands of brand owners and consumers.Green-hydrogen -Bottle-to-bottle

These new compostable materials are an integral part of the company’s extensive bioplastics portfolio which includes biocomposites, elastomers, and natural fiber-reinforced resins all produced at the company’s newly expanded manufacturing facility in Onaga, KS.

-Braskem studies more efficient depolymerization
The high yield and low energy requirement process is based on a catalysis system capable of breaking long polymer chains.
Braskem Research The American petrochemical group Braskem has announced that it has developed a more energy efficient process for the chemical recycling of plastic waste by depolymerization, which is currently being optimized.
Thanks to the use of a proprietary catalyst, capable of breaking down the long polymeric molecules into their constituent blocks, and a more efficient thermal management of the process, energy requirements would be reduced and, consequently, also CO2 emissions compared to technologies of existing chemical recycling.
The first development dates back to two years ago and studies have continued to fine-tune the pilot reactor, which could be started in 2025, with the forecast to go on an industrial scale around 2030.
According to Jan Kalfus, Global Bioprocess Catalysis & Circularity Manager at Braskem, the technology has shown high yields in the synthesis of intermediates such as aromatics and monomers, intended for the production of new plastics, with characteristics equal to conventional virgin polymers. “We want to develop a new approach to advanced recycling, a process that transforms plastic waste into building blocks such as propylene and ethylene, which can be reused to produce new circular plastics and other chemicals, while reducing plastic waste,” he says. Kalfus. “In the long run, this new technology could replace the technologies currently used industrially for the production of plastics,” he adds.