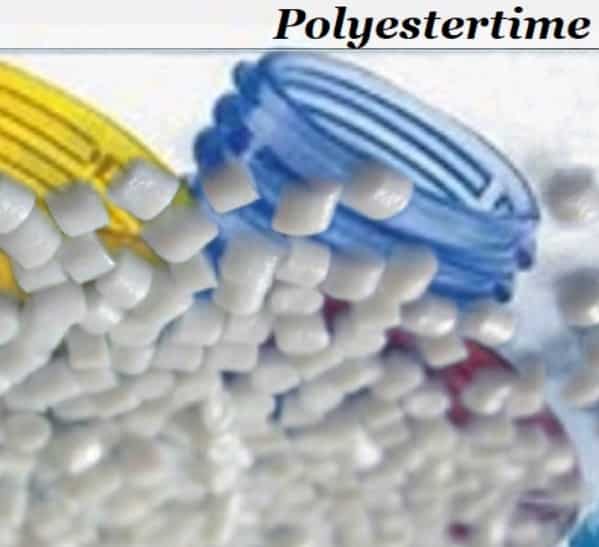 Tolsa S.A., a supplier of specialized additives for a range of markets, will showcase its ADINS range of flame-retardant (FR) materials for PP, PVC, rubber-polymer systems, and silicones, along with its ADINS Protection range for biocide applications at the upcoming K Show. ADINS technology is based on an organo-modified, high-purity, ultra-fine, and naturally occurring needle-like silicate clay.HDPE-milk-bottles – Petrochemicals

“Our unique FR technology continues to expand, and we see continuing growth for ADINS synergists in a wide range of systems that require the highest standards of flame retardancy,” said Almudena Vidal, Marketing Manager for Tolsa’s Industrial Business Unit. “Our materials have been well received in the market and they are highly versatile and can be fine-tuned to meet the high-performance needs of formulators and end users.”

Tolsa S.A., a supplier of specialized additives for a range of markets, will showcase its ADINS range of flame-retardant (FR) materials for PP, PVC, rubber-polymer systems, and silicones, along with its ADINS Protection range for biocide applications at the upcoming K Show. ADINS technology is based on an organo-modified, high-purity, ultra-fine, and naturally occurring needle-like silicate clay.

“Our unique FR technology continues to expand, and we see continuing growth for ADINS synergists in a wide range of systems that require the highest standards of flame retardancy,” said Almudena Vidal, Marketing Manager for Tolsa’s Industrial Business Unit. “Our materials have been well received in the market and they are highly versatile and can be fine-tuned to meet the high-performance needs of formulators and end users.”

In a recent development, Tolsa translated its unique ADINS FR technology to polyamide (PA) matrices for applications in electrical/electronics (E&E), automotive, textile, and transportation markets. The company is developing new products for these systems.

They are an alternative to antimony trioxide (ATO), one of the most widely used FR additives but whose safety is under regulatory study because of toxicity and carcinogenicity concerns. In addition, the variability of ATO prices and supply issues have generated additional worries among end users. HDPE-milk-bottles – Petrochemicals

In some applications such as E&E, its use is unavoidable despite the fact that an increased hydroxide FR load generates processability and performance issues. Therefore, there is a need for safer synergists like ADINS that can reduce the ATO dosage without damaging performance and processability, said Tolsa. 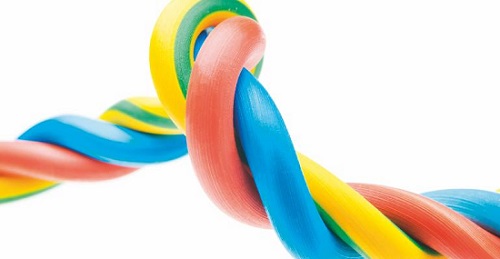 Trex Company is enlisting communities and organizations to partner in its recycling efforts. The recently launched NexTrex grassroots movement provides a turnkey framework for municipalities, universities, nonprofits, and other qualifying businesses to serve as centralized drop-off locations for recycling polyethylene plastic film while earning funds for their organizations.HDPE-milk-bottles – Petrochemicals

The grassroots movement is an expansion of the NexTrex recycling program which manufactures its composite decking from 95 percent reclaimed material including a mix of industrial wood scrap and recycled polyethylene plastic film. A large portion of the plastic film used by Trex comes from a network of more than 32,000 grocery stores and retail partners who work with Trex to responsibly recycle commercial, industrial, and post-consumer plastic film collected through warehouses and front-of-house collection. The new grassroots program extends the benefits of Trex recycling to businesses and organizations that may not meet the volume criteria for the company’s commercial recycling program.

“The goals of our grassroots program are to engage more partners, establish more recycling outlets for consumer collection, and to increase overall accessibility to recycling by removing hurdles that prevent the organic growth of local plastic film recycling initiatives,” says Stephanie Hicks, materials sourcing manager for Trex Company. “The volume requirements established for our large commercial recycling partners are more than some organizations can attain or handle. The grassroots movement opens the program up to smaller but similarly eco-minded groups. It also expands the program beyond traditional grocery stores and retail drop-off locations, which can be limited in their collection abilities due to store hours or collection bin capacity constraints. By forming alternative partnerships, we hope to engage new and broader audiences in recycling.”

Organizations approved for participation in the NexTrex program can earn funding by serving as drop-off locations where community members can recycle their discarded plastic film packaging. HDPE-milk-bottles – Petrochemicals

Each grassroots partner is equipped with a baler, which is housed on-site for use in bundling and weighing recycled plastic material.

After 20 to 40 bales are compiled (20,000 to 40,000 pounds of recycled plastic film), Trex will pick up and transport the material to its manufacturing facilities in Virginia or Nevada, where it will begin its new life as high-performance Trex composite decking.

Trex then provides a rebate to its partners for the baled recyclable films making it a viable source of ongoing funding for business operations or community initiatives. 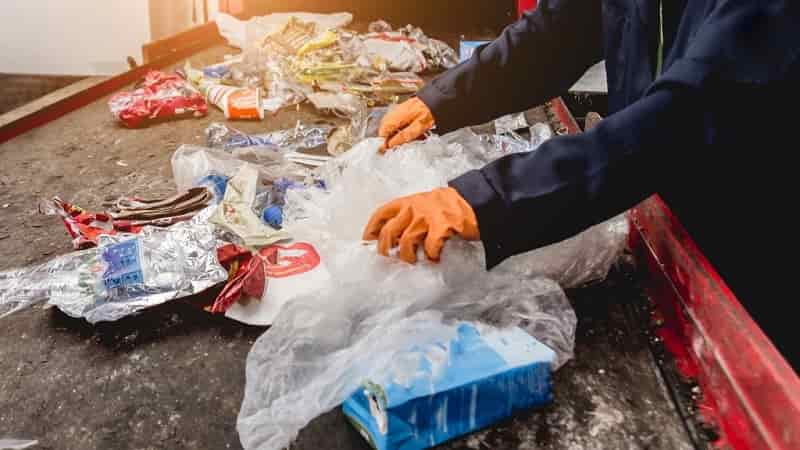 The textile industry in China posted stable revenue growth in the first half (H1) this year, according to data from the ministry of industry and information technology, which recently said textile firms with an annual main business income of at least 20 million yuan ($3 million) raked in 2.52 trillion yuan in revenue in the first six months of 2022—up by 5.7 per cent year on year (YoY).HDPE-milk-bottles – Petrochemicals

The total added value of these companies rose by 0.9 per cent YoY during the period.

The combined sales of main retailers were worth 8.12 trillion yuan in H1 2022—up by 0.8 per cent from a year earlier. Garment exports amounted to $156.5 billion—a rise of 11.7 per cent, an official news agency reported. 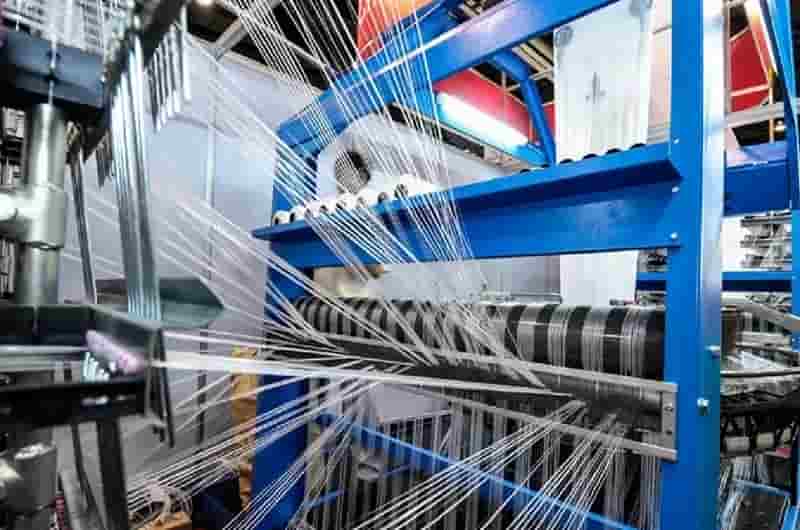 ABL Group has been awarded a contract to provide marine warranty survey services (MWS) for the marine transportation of components for a hydrogenated vegetable oil (HVO) plant, which will be part of one of Europe’s biggest biofuels facilities, in Rotterdam, Netherlands, said Hydrocarbonprocessing.

The project, operated and led by Shell Energy and Chemicals Park Rotterdam, envisages the construction of a biofuels plant with capacity to produce enough HVO – known as a renewable diesel – to avoid 2.8 million tons of CO2 emissions a year, the equivalent of taking more than 1 million European cars off the roads. Energy and marine consultancy ABL’s scope of work is to provide MWS for all marine transportation operations from Nantong,

China to Rotterdam, Netherlands relating to critical project components for the HVO plant.The biofuels plant is part of Shell’s larger Red II Green project, which also envisages the construction of one of the world’s largest and Europe’s largest commercial green hydrogen production facilities, which will in turn be used to decarbonize the refinery process at the HVO plant  HDPE-milk-bottles – Petrochemicals

“We are delighted to provide MWS on one part of the cutting-edge Red II Green project, which falls entirely in line with our commitment and mission to support and drive energy transition initiatives across energy and oceans,” says Jonathan Cook, ABL’s project director.ABL’s operations in London, UK, is the contract party. The London office will be supported by ABL’s offices in China and the Netherlands, to carry out on-site attendances locally as part of the marine warranty survey scope of work. ABL, which is part of Oslo-listed ABL Group ASA, has not disclosed the value of the contract. “Our commitment is to accelerate net-zero solutions across all marine markets: renewables, maritime and oil and gas. 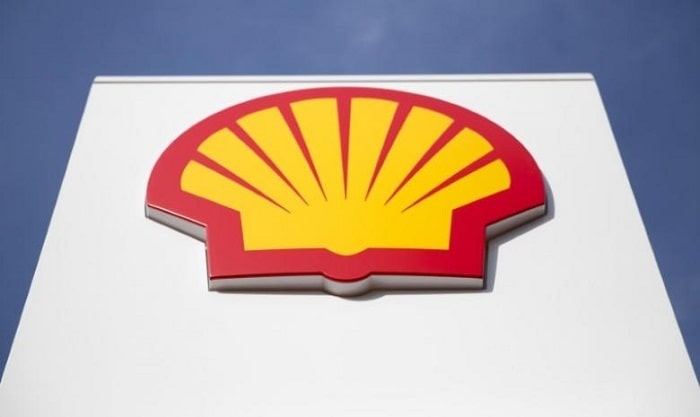 Aldi is set to trial clear plastic caps for its milk bottles later this month, with the aim of boosting closed-loop recycling for food-grade HDPE.

Aldi will collaborate with the milk supplier Müller on the trial, which will be introduced later this month across its stores in Cheshire, Manchester, and Liverpool. The retailer says that the trial will initially apply to its British Semi Skimmed Standard Milk products, which previously featured a green bottle top.HDPE-milk-bottles – Petrochemicals

According to the companies, clear plastic caps are easier to recycle alongside the high-density polythene (HDPE) used to make milk bottles compared to coloured tops. If the trial is successful and the clear caps are rolled out across all Müller-supplied stores, an additional 60 tonnes per year of recycled HDPE could reportedly be recycled back into food-grade packaging with the companies claiming that the milk bottle tops will be reused to create new milk bottles as part of this process.

Richard Gorman, plastics and packaging director at Aldi, comments: “We know it’s becoming increasingly important to our customers that their everyday products are environmentally-friendly, and we are constantly reviewing ways to become a more sustainable supermarket.

“By trialling clear milk caps we are making our milk bottles easier to recycle, so they can be turned back into new packaging.”

In March, Waitrose announced a similar trial with Müller, which involved replacing the blue, green, and red caps with clear caps for own-brand HDPE milk bottles across all of the retailer’s stores.HDPE-milk-bottles – Petrochemicals 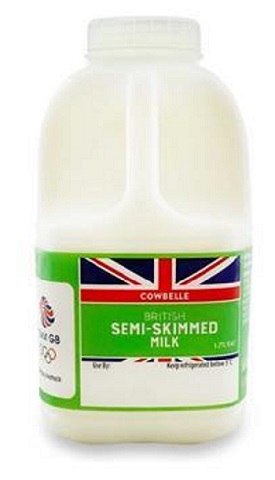 The plant would be built on unimproved land within the Motiva Port Arthur Refinery Complex and would get its feedstocks from Motiva. HDPE-milk-bottles – Petrochemicals 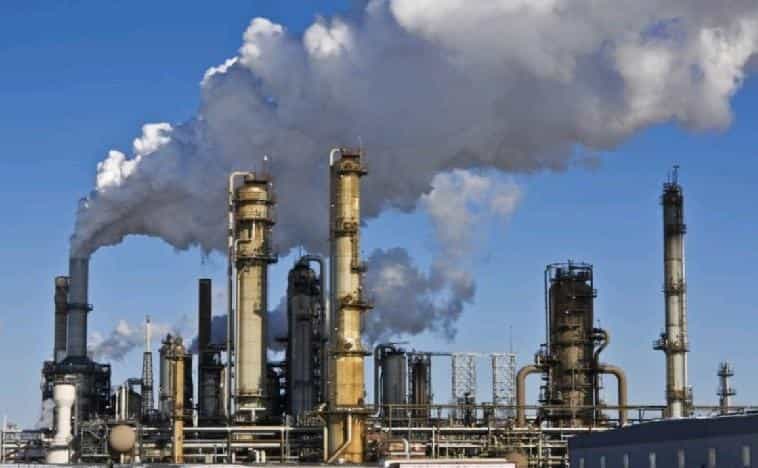 India opened its first factory to produce ethanol from rice straw or stubble on Wednesday as part of measures to reduce its reliance on oil imports and meet its net zero carbon goal, said Hydrocarbonprocessing. HDPE-milk-bottles – Petrochemicals

Prime Minister Narendra Modi said the project will help cut pollution in India’s capital New Delhi, which has been blanketed by smog from stubble burning in recent winters, as well as in the northern states of Haryana and Punjab.India, one of the world’s biggest emitter of greenhouse gases, has set a 2070 goal for net zero carbon emissions and has expedited steps to switch to cleaner energy to cut projected emission by a billion tons by 2030.

Modi said India, the world’s third biggest oil importer, could not remain insulated from disruption in global markets, adding that the Panipat project would boost farmers’ incomes. A combination of oil prices rising well above USD100 per barrel and a strong U.S. dollar have piled pressure on countries which are dependent on crude imports to drive their economies.

The plant will generate 100 kiloliters of ethanol a day, equivalent to about 100 tons. India has until now used ethanol produced from sugar for mixing with gasoline. Ethanol produced from the project will help cut annual carbon emissions by about 300,000 tons, equivalent to taking nearly 63,000 cars off India’s roads a year, Sukla Mistry, head of refineries at Indian Oil, said. HDPE milk bottles – Petrochemicals 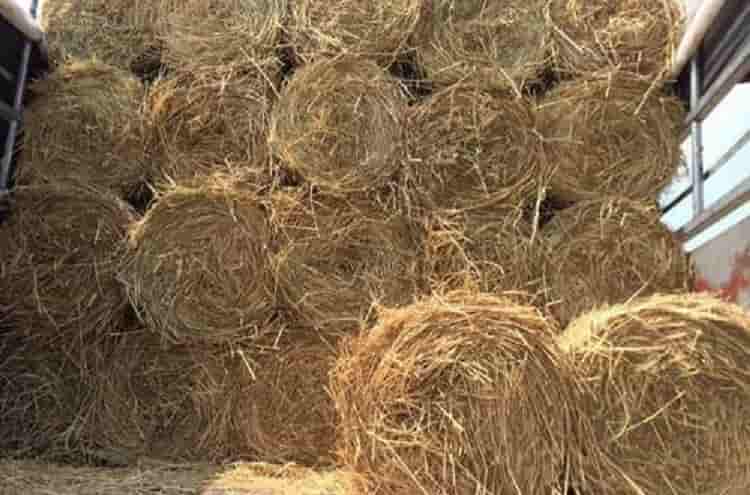