War in Ukraine, rising costs, and logistics are having an unprecedented economic impact on industry, according to the European Polycarbonate Sheet Extruders association.

“Prices are not only drastically increasing on the raw material side, but EPSE members are also confronted with additional consequences such as radically increased packaging and energy costs,” said the association.

EPSE also points to supply-chain issues, such as a shortage of truck drivers, as aggravating factors that are having a cumulative economic impact  that is “difficult to absorb” for EPSE members.

Founded in 2003, EPSE has 10 member companies, including Sabic, Arla, and 3A Composites, and three associate members, including Covestro and Trinseo.

In the press release EPSE calls for an acceleration in the transition to clean energy and a decoupling from “unreliable suppliers.” The EU imports 90% of its gas, with Russia providing around 45% of those imports, in varying levels across member states, writes EPSE. “Russia also accounts for around 25% of oil imports and 45% of coal imports.”

This echoes a March 8 proposal from the European Commission, which seeks to reduce “EU demand for Russian gas by two-thirds before the end of the year.” Longer term, its REPowerEU plan wants to increase gas supplies from countries outside of Russia and reduce reliance on fossil fuels in “homes, buildings, industry, and power systems by boosting energy efficiency, increasing [the use of] renewables and electrification, and addressing infrastructure bottlenecks.” The European Commission claims that implementation of REPowerEU would remove the equivalent of all of the fossil fuel imported from Russia in 2021. Two-thirds of that reduction could be achieved within a year, it added. Polycarbonate Sheet – Chemical Recycling

Reifenhäuser Blown Film showcased a trio of advanced technical solutions for the economical and sustainable production of blown film during the GreenPlast 2022 trade fair in Milan May 3 to 6.

These were the patented EVO Ultra Stretch production process for fully recyclable All-Polyethylene (PE) PE Blown Film; use of digital product passports for a modernized and functional circular economy; and the economical processing of post-consumer and post- industrial recyclate.

EVO Ultra Stretch, Reifenhäuser’s patented stretching unit, enables the production of PE monomaterial composites for fully recyclable flexible packaging in which the typical PET layer of the packaging is replaced by stretched PE. This is made possible by the maximum 10-fold stretch rate, which produces PE films with completely new mechanical properties. Polycarbonate Sheet – Chemical Recycling

There is no need to adapt further processing steps such as printing, laminating and converting due to the patented positioning of the stretching unit directly in the haul-off of the blown film line. The film is stretched at the ideal time and from first heat, which simultaneously creates a user-friendly, stable, and efficient process.

“We supply our customers with production lines that enable them to now use the sustainability shift as an opportunity to become a preferred supplier for new, recycling-friendly products that serve the environment and business success,” says Sascha Skora, senior sales manager at Reifenhäuser Blown Film. 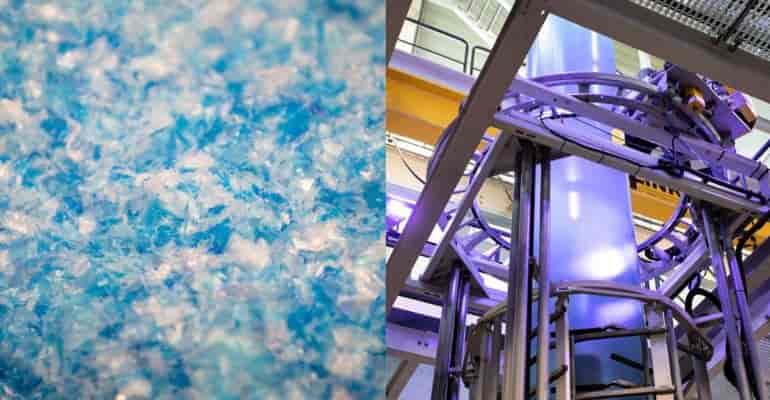 H.I.G. Capital (“H.I.G.”), a leading global alternative investment firm with over $49 billion of equity capital under management, is pleased to announce that it has signed an agreement to sell its portfolio company Valtris Specialty Chemicals (the “Company” or “Valtris”) to an affiliate of funds managed by SK Capital Partners (“SK Capital”).

Valtris is a leading manufacturer of specialty polymer additives and specialty chemicals for a diverse set of end markets. The Company’s products impart critical performance characteristics, including flexibility, stability processability, and flame retardance, to plastics and other materials. Valtris is recognized worldwide for its reliability as a critical global supplier to a diverse customer base with longstanding relationships based on its reliability, quality and product innovation over its 80+ year history. Headquartered in Independence, OH, the Company operates nine manufacturing facilities globally. Polycarbonate Sheet – Chemical Recycling

After a successful carve-out transaction from Ferro Corporation in late 2014, H.I.G. collaborated with management to expand the Company’s geographic reach, customer breadth and product portfolio through the acquisition of Akcros Chemicals in the US and UK in 2016 and multiple INEOS Enterprises business units in France, Belgium and the Netherlands in 2018. Additionally, the Company made significant investments in management, sales & marketing and new product development which resulted in EBITDA tripling during H.I.G.’s ownership. 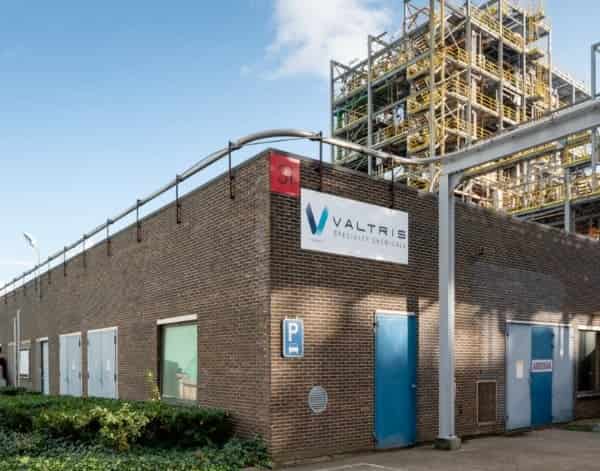 Axens and Toray Films Europe have plans to establish a new Pet chemical recycling facility in Saint-Maurice-de-Beynost, France. The new units will make use of Axens’ Rewind Pet technology along with Toray Films Europe’s existing polymerization plant to recycle 80,000 tons of Pet plastic waste every year.

Axens and Toray Films Europe have recently announced their collaboration to study a Pet chemical recycling facility at Toray Films Europe production site in Saint-Maurice-de-Beynost (Ain, France). New units based on Axens’ Rewind Pet technology will be coupled with Toray Films Europe’s existing polymerization plant in order to recycle annually 80,000 tons of difficult-to-recycle Pet plastic waste. Joined efforts of both parties in their domain of expertise will allow the emergence of competencies for chemical recycling circularity. Polycarbonate Sheet – Chemical Recycling

Post consumers Pet plastic waste that cannot be mechanically recycled and are currently down-cycled, incinerated or landfilled, will be converted into high-quality circular Pet chips, closing the loop for this material with potentially infinite recycling. Rewind Pet process, developed by IFP Energies nouvelles, Axens and Jeplan, involves an optimized – glycolysis based – Pet depolymerization combined with specific purification steps aiming at removing all organic and inorganic compounds present in waste Pet, including colorants and pigments. The product is a purified BHET (BHET: Bis(2-HydroxyEthyl) Terephthalate) monomer. 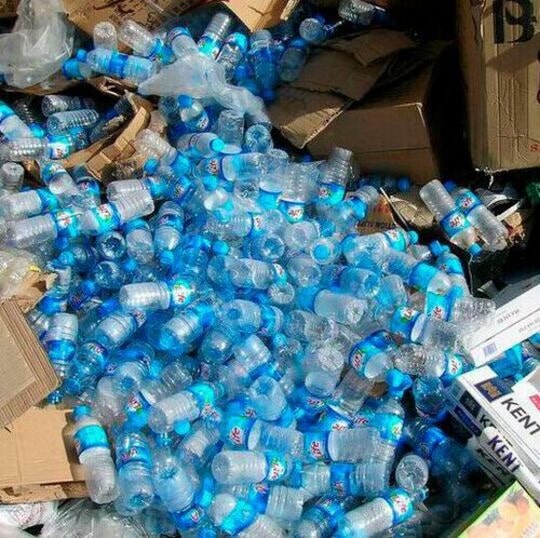 A new enzyme variant can break down PET polyester in just 24 hours.

The enzyme, created by engineers and scientists at the University of Texas at Austin, was able to complete a circular process of breaking down the PET into smaller parts (depolymerization) and then chemically putting it back together (repolymerization). It has the potential to supercharge recycling on a large scale that would allow major industries to reduce their environmental impact by recovering and reusing plastics at the molecular level.

Researchers at the Cockrell School of Engineering and College of Natural Sciences used a machine learning model to generate novel mutations to a natural enzyme called PETase that allows bacteria to degrade PET plastics. The model predicts which mutations in these enzymes would accomplish the goal of quickly depolymerizing post-consumer waste plastic at low temperatures.

Through this process, which included studying 51 different post-consumer plastic containers, five different polyester fibres and fabrics and water bottles all made from PET, the researchers proved the effectiveness of the enzyme, which they are calling FAST-PETase (functional, active, stable and tolerant PETase).

Mechanical recycling is the most obvious way to cut down on plastic waste. but globally, less than 10% of all plastic has been recycled. Alternative industrial recycling processes include very energy-intensive processes of glycolysis, pyrolysis, and/or methanolysis. Polycarbonate Sheet – Chemical Recycling

Biological solutions take much less energy. Research on enzymes for plastic recycling has advanced during the past 15 years but until now, no one had been able to figure out how to make enzymes that could operate efficiently at low temperatures to make them both portable and affordable at large industrial scale. FAST-PETase can perform the process at less than 50°C.

“The possibilities to leverage this leading-edge recycling process are endless across industries,” said Professor Hal Alper of the McKetta Department of Chemical Engineering at UT Austin. “Beyond the obvious waste management industry, it also provides corporations from every sector with the opportunity to take a lead in recycling their products. Through these more sustainable enzyme approaches, we can begin to envision a true circular plastics economy. When considering environmental cleanup applications, you need an enzyme that can work in the environment at ambient temperature. This requirement is where our tech has a huge advantage for the future.” 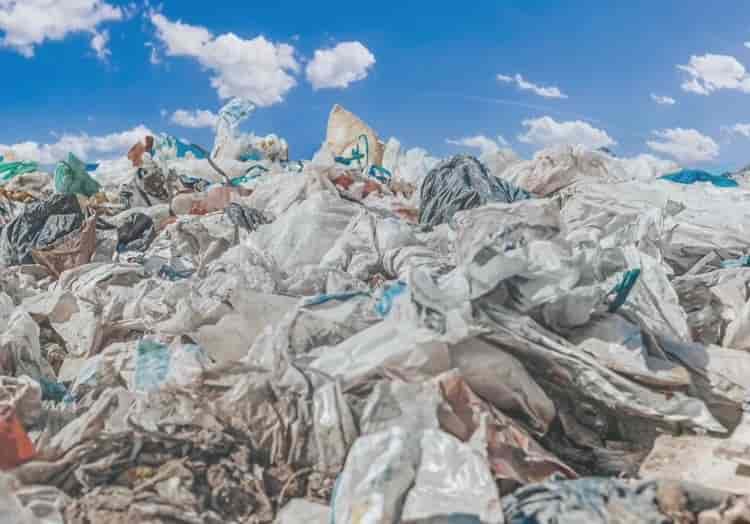 As you can see from the high-density polyethylene (HDPE), linear-low density PE (LLDPE) and polypropylene (PP) trend lines, China price spreads per tonne over tonnes of naphtha feedstocks saw steep declines in March this year.

Spreads had started to weaken in August 2021 on China’s Common Prosperity economic reforms, but in March they, quite literally, fell off a cliff.

Spreads are a crude measure of how much money producers are making.

During March, spreads fell to their lowest levels since our price assessments began in November 2002, on the acceleration of China’s zero-COVID policies and the Ukraine-Russia conflict. Polycarbonate Sheet – Chemical Recycling

High prices for LDPE relative to the more widely available LLDPE (LLDPE competes in many of the same end-use markets as LDPE), has led to LDPE demand destruction. In Q1 this year, China’s LDPE demand was down by 4% versus the same period in 2021.

There was a slight recovery in HDPE, LLDPE and PP spreads in April, but they remained close to record lows. Spreads declined again during the first two weeks of May.

The spread story, when linked, as I said, with the right market intelligence, tells us what’s happened to the China’s economy.

Until the zero-COVID restrictions are relaxed, and this doesn’t look likely to happen anytime soon, it is hard to see how spreads will substantially increase. But we will only know what’s actually happening by analysing spread patterns, using historic ICIS price data.

More major production cuts might, I suppose, strengthen spreads. But China idled some 25% of its PP capacity in March and yet the PP March spread still fell to a record low.

And with the Chinese yuan down this year against the US dollar, some of China’s producers might resort to raising exports as opposed to making further rate cuts – provided container space can found 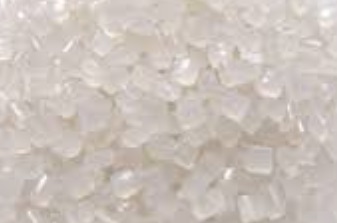