October 9, 2021
This content has been archived. It may no longer be relevant

Ford Motor has successfully incorporated graphene into polyols, producing a polyurethane (PU) foam that reduces noise in automobiles while also lowering their weight.

Graphene is a form of carbon that is one atom thick. It is nearly transparent and yet so dense, helium cannot pass through it.

It came to prominence in 2004 when two scientists from the University of Manchester described how they isolated the material by using common adhesive tape. Their work won them the Nobel Prize in Physics in 2010.

Less than a decade after the scientists won the award, Ford was able to incorporate graphene into polyols.

Now, the foam is used in all of Ford’s North American vehicles. 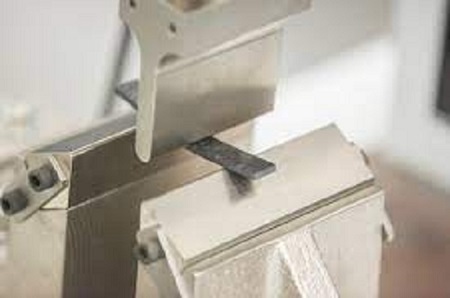 Sep and Oct are supposed to be traditional peak season in domestic market. Demand improved on the month in Sep, while supply substantially slipped impacted by the intensified control of energy consumption.

The disparity between supply and demand resulted into falling stocks and increasing price on the whole polyester value chain. 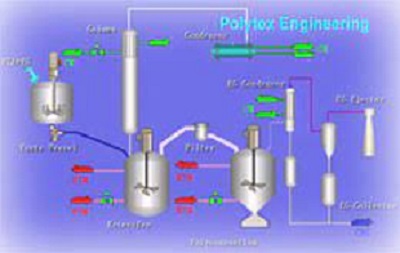 Prices for polypropylene in China continued to grow after the resumption of trading on October 8 after the “Golden Week” – seven days off due to the national independence holiday in the country.

Some Vietnamese buyers have begun to replenish stocks after the lifting of restrictive measures amid the coronavirus and as they expect polypropylene prices to remain high due to a similar trend in China.

Some buyers continued to purchase local PP as local offers were still quite competitive with import offers.

However, there is uncertainty about whether the demand for polypropylene will support the upward trend in prices in the future.

Some processors in Vietnam faced labor shortages after some of their workers decided to return to their hometowns after restrictions were lifted.

Earlier it was reportedthat the polypropylene (PP) market in Vietnam remained calm in September, as isolation measures due to the coronavirus continued to affect demand in the finished products market.

The Plastics Industry Association on behalf of 67 companies urged US Congress to drop the inclusion of a 20 cent/lb tax on virgin plastic resin in the USD3.5tr budget reconciliation package, said the organization.

In the letter sent to both chambers of Congress, major plastic producers raised concerns about increased costs to the entire plastic industry chain and reduced US manufacturing competitiveness.

The group of companies argued that while they are committed to increasing the amount of recycling resin, the proposed tax ignores the supply constraint that it would cause due to limited recycled resin supply, especially for food-grade packaging.

Legislators have not yet fully vetted the proposed tax with the regular legislative process, which includes expert analysis and public debate. The letter signed by major chemical companies follows another similar letter sent to Congress last week from 23 trade associations.

The revenue from the REDUCE Act’s proposed 10 cent/lb tax for 2022 would have gone into the creation of a Plastic Waste Reduction Fund to implement initiatives to reduce plastic waste and improve recycling rates. Now, the 20 cent/lb tax is one of several options highlighted by the US Senate Finance Committee to pay for the budget reconciliation bill. 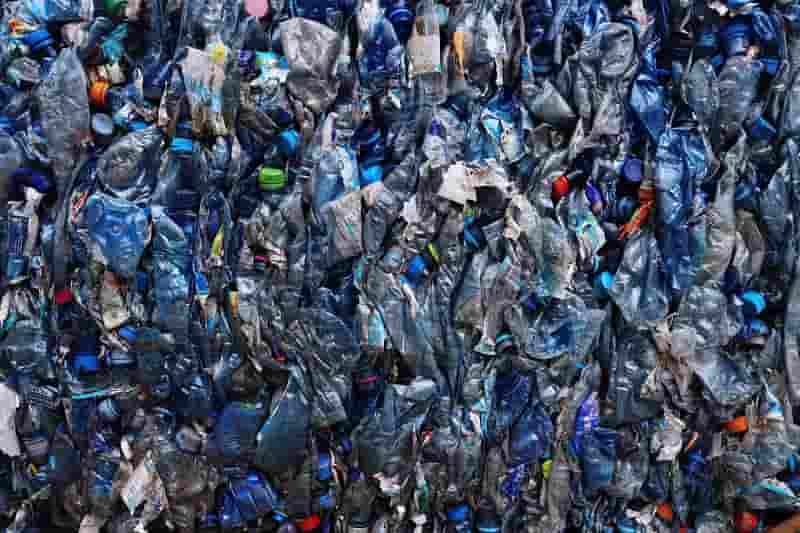 Collecting flexible packaging is key for a circular economy because it sources the feedstock for future sustainable products and CEFLEX, an industry-led project, thinks minor adjustments to Europe’s existing waste systems can help send more of these soft plastics where they need to go. Polyester Polymerization Ford Graphene

Around 26 million tonnes  of plastic waste are generated in Europe each year with just under a third of that collected for recycling – it’s even less for flexible packaging where around 17% is transformed into a new raw material.

“Most flexible packaging in Europe is collected through the residual general waste stream, but only some of it is captured in separate collection schemes,” said Michael Minch-Dixon, who works on collection at the Circular Economy for Flexible Packaging (CEFLEX) project, a collaboration of over 170 European companies, associations and organizations representing the entire value chain of flexible packaging. 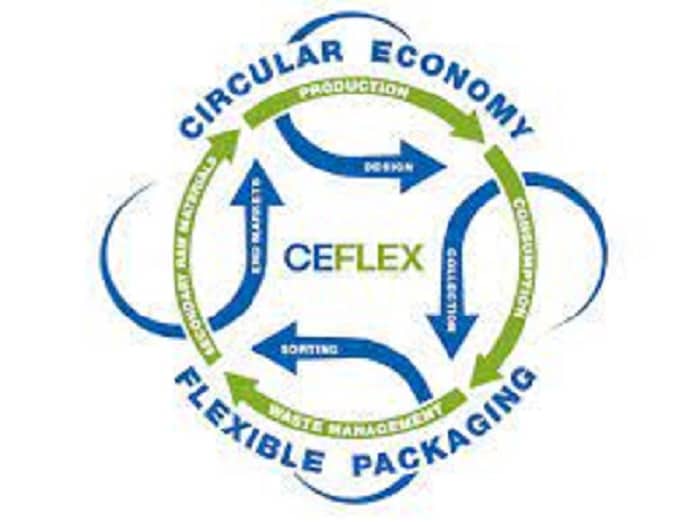 -The secret behind Sonovia’s anti-COVID textiles

How a small Israeli startup made it big not just during but thanks to the COVID-19 crisis.  Polyester Polymerization Ford Graphene

While the pandemic ravaged the world economy, 2020 became a record-breaking year for Israeli technology. For Sonovia, a small textile start-up based in Ramat Gan, it was the deadly virus that brought the company to life.

“When we started, we were just six people,” recalled company co-owner Shay Hershcovich, as he stood at the entrance to the company’s modest headquarters. A tiny packing and distribution room on the bottom floor ships hundreds of thousands of the company’s signature SonoMask and SonoMask Pro face masks around the world. On the top floor, a modest lab perfects Sonovia’s proprietary technology.

“Today, we have around 60 staff members and close to 200 contractors.” 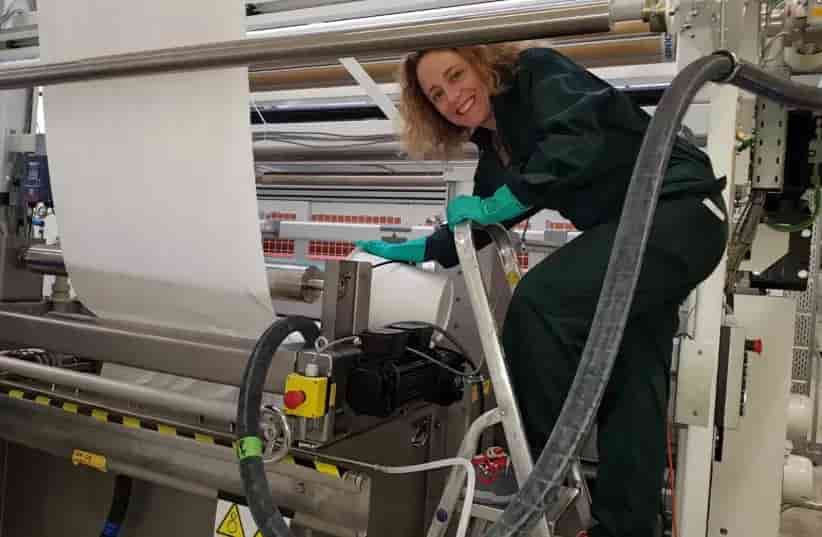 -Orlen Unipetrol to increase the capacity of its petrochemical production

Orlen Unipetrol (part of PKN Orlen), a major Czech producer of petrochemical products, will expand the capacity of its steam cracker in Litvinov (Czech Republic) by installing a new furnace, PKN Orlen reported.

The new cracking unit will be built by Technip Energies in Zaluzi, the largest chemical plant in the Czech Republic, and is due to be commissioned in 2022. Orlen is investing over 700 mln Polish zlotys (Zl) in the project.

The move follows the completion of a new PLN 10 billion plant for the production of low-density polyethylene (HDPE) last year.

The installation of the latter furnace will increase the total ethylene capacity to 545,000 tonnes per year. Polyester Polymerization Ford Graphene

It was previously reported that Unipetrol was renamed Orlen Unipetrol effective January 1, 2021. Unipetrol is 100% owned by the Orlen Group. 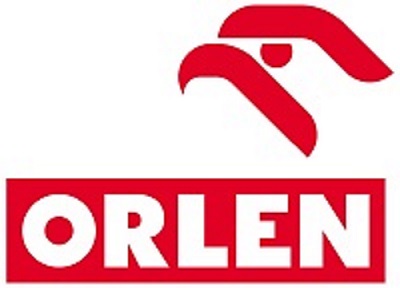 The Turkish textile industry reached an export figure of 8.2 billion dollars in the January-August period of 2021.

İTHİB Chair Ahmet Öksüz said that as the sector, they continue to break new records every month; “By the end of the year, we predict that we will reach our export target of 12 billion dollars by breaking the historical record of the Republic. Together with the ready-to-wear industry, we aim to have a foreign trade surplus of 18.6 billion dollars at the end of the year”. Öksüz stated that they will continue to work as a sector in order to maintain their upward momentum in exports.

“We export to approximately 190 countries”

Ahmet Öksüz noted that this year, the textile industry broke a new export record almost every month by separating positively from the targets of the pandemic; “Our exports increased in 83% of our export markets in the 8 months of the year. We export to approximately 190 countries. In the January-August period, the countries to which we exported the most were Italy with an increase of 56 percent, Germany with an increase of 20 percent and the USA with an increase of 51 percent, respectively. As an industry, we have realized exports worth 11.8 billion dollars in the last 12 months”.

-The secret behind Sonovia’s anti-COVID textiles

How a small Israeli startup made it big not just during but thanks to the COVID-19 crisis.

While the pandemic ravaged the world economy, 2020 became a record-breaking year for Israeli technology.

For Sonovia, a small textile start-up based in Ramat Gan, it was the deadly virus that brought the company to life.  Polyester Polymerization Ford Graphene

“When we started, we were just six people,” recalled company co-owner Shay Hershcovich, as he stood at the entrance to the company’s modest headquarters.

A tiny packing and distribution room on the bottom floor ships hundreds of thousands of the company’s signature SonoMask and SonoMask Pro face masks around the world. On the top floor, a modest lab perfects Sonovia’s proprietary technology.

“Today, we have around 60 staff members and close to 200 contractors.” 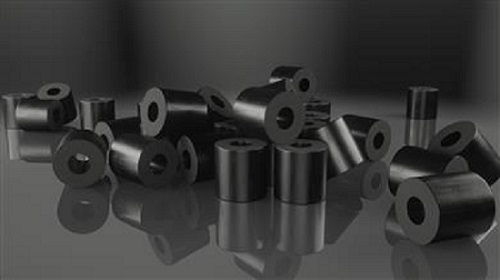 Developed in Germany by startup Out for Space, karuun is made from sustainable rattan. Available as either a structural block, veneer or 3D form, it is a lighter (on average 400kg/m3) alternative to plastic with a significantly lower CO2 footprint than PC, ABS or even hardwood alternatives found in premium and luxury automotive interiors.  Polyester Polymerization Ford Graphene

Rattan grows like a vine and is harvested by hand by local farmers. Since originally being spotted in an Indonesian craft market, the material and production process has been refined by Out of Space to enable it to withstand the rigors of automotive use. The result is a patented, attractive, hardwearing but sustainable medium, ideally suited to premium vehicles.