June 24, 2021
This content has been archived. It may no longer be relevant 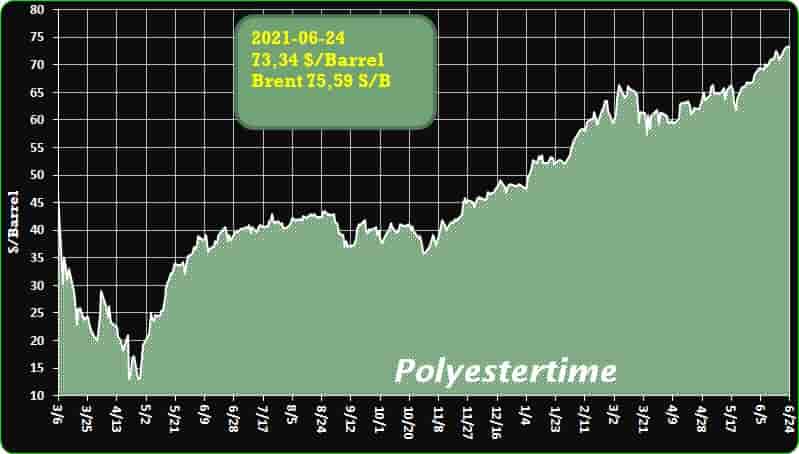 Slightly less scrap plastic from the U.S. was recycled in 2019, even as brand owners have signaled a greater need for recycled resins.

Nearly 5.1 billion pounds of post-consumer bottles, non-bottle rigid plastics, film and other plastics were recovered for recycling in 2019, according to a report released by the American Chemistry Council (ACC) and the Foundation for Plastic Recycling, which is part of the Association of Plastic Recyclers (APR). That number was down by 27 million pounds, or about 0.5%, from 2018.

In terms of specific categories of bottles, the weight of PET bottles recovered fell 2.2% from the prior year, and the weight of recovered HDPE bottles declined by 0.8%, the report showed.

“Flat or declining recycling rates are a sign that the system needs support,” Steve Alexander, APR’s president and CEO, stated in a press release. “Declines in mature recycling streams, such as PET and HDPE bottles, make brand company commitments to increased recycled content even more challenging. There are many opportunities to support continued growth in film and non-bottle rigid recycling as well as turn the course for bottles by focusing on what recyclers need to succeed as they are the engines of the circular economy.” 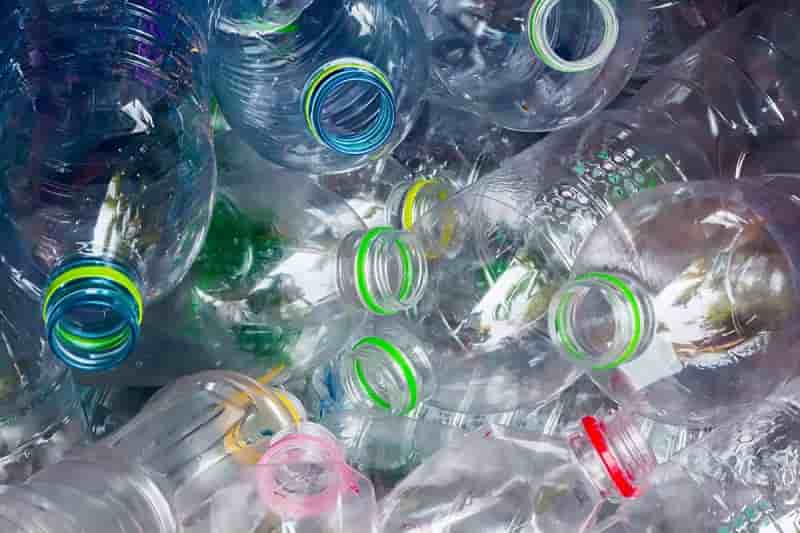 The new product range, which will be marketed as “Styrolution PS ECO 440”, will be based on Norwegian technology firm Tomra’s near-infrared sorting process and will deliver a PS purity greater than 99.9pc. The final recycled polymer will have a post-consumer recycled content of 100pc and is also fully recyclable.

“We will start production in EMEA with up to 1,000t in 2021, working very hard to grow volumes in line with our pledges to use on average 30pc recycled content in products destined for polystyrene packaging in Europe by 2025,” said Ineos Styrolutions’ product director for PS EMEA Frank Eisentraeger.

New technology employs a thermal process to convert industrial, commercial, agricultural or domestic plastic waste into additives for other products

South Korea is backing the benefits of pyrolysis and is looking to achieve 10% of the nation’s plastic waste converted into oil by 2030. ChemicalRecycling Petrochemicals Hydrogen

The Ministry of Environment has established a task force with participants from research institutes, private companies and academics. According to reports, only about 0.1% of scrap plastic is currently processed using pyrolysis techniques to be used as fuel or raw material for new petrochemical products.

To boost the wider use of this chemical recycling, the government plans to revise regulations to offer certified emission reductions, also known as carbon credits, to companies that use oil made from waste plastic. Officials are also looking to use pyrolysis to create synthetic gas (syngas) to be used as the main ingredient for the production of methanol and ammonia. 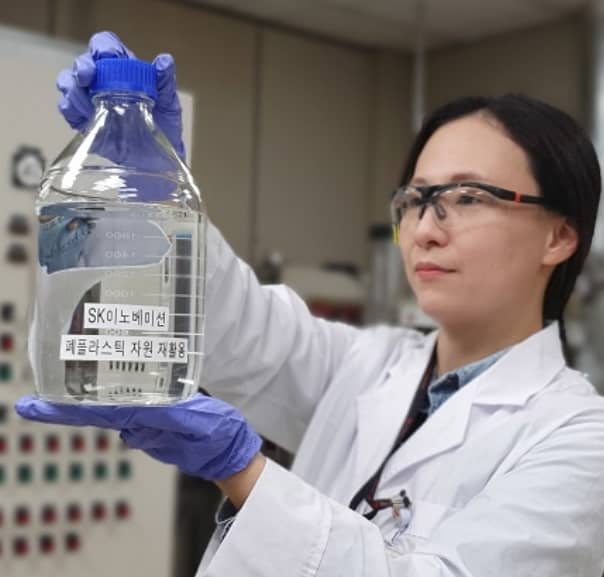 -Advanced Recycling is Propelling the U.S. Economy toward a Sustainable Future by Curbing Plastic Waste

Earlier this year a colleague predicted that “2021 will mark a significant turning point for advanced plastics recycling,” citing multiple announcements from some of the biggest names in plastics.  ChemicalRecycling Petrochemicals Hydrogen 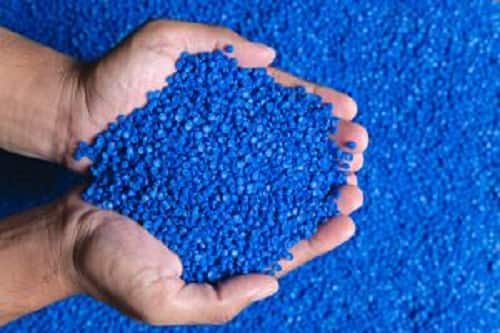 AMP Robotics Corp. (“AMP”), a pioneer in artificial intelligence (AI), robotics, and infrastructure for the waste and recycling industry, has introduced an AI-powered material characterization software solution that enables the recognition and classification of recyclables that flow through different recovery stages of the recycling process. This latest industry innovation serves as a breakthrough in the effort toward providing measurable transparency on the recyclables captured and missed during different recycling processes, as well as confirming the composition of recovered material bales destined for resale to end markets in the supply chain.

“Data transparency in the recycling industry has been a longstanding challenge due to the complexity of mixed material streams, compounded by ongoing changes in consumer packaging. These obstacles often create impediments to accurate data collection and prevent a clear understanding of what goes into and comes out of the different infrastructure stages that support recycling,” said Matanya Horowitz, founder and CEO of AMP Robotics.  ChemicalRecycling Petrochemicals Hydrogen

Mechanical recycling is an essential component of the circular economy. It can be applied to various material classes like plastics, lithium-ion batteries for electric vehicles, or metals. End-of-life materials can be processed via collecting, sorting, shredding, melting and transforming it into secondary raw materials for a new application. Manufactured from recycled material, the article enters its new use-phase before the next end-of-life management.  ChemicalRecycling Petrochemicals Hydrogen

Mechanical recycling of plastic waste has priority over chemical recycling in the waste hierarchy if ecologically beneficial, technologically possible, and economically feasible.

BASF has developed tailor-made materials and processes for mechanical recycling solutions. Some examples:

But there is more than plastics: BASF also engages in the recycling of precious metals and lithium-ion batteries for electric vehicles. Find out more below. 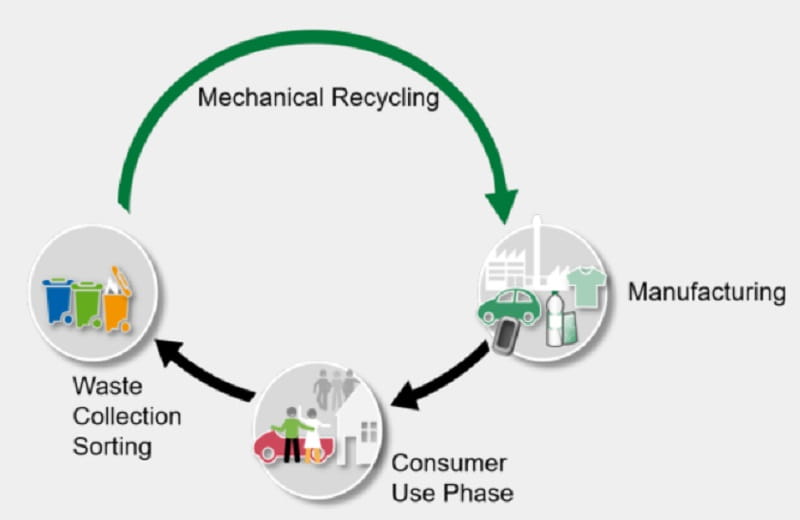 -Decade Of Chaos Could Send Oil To $130 Per Barrel

From $35 per barrel to $130 per barrel—this is the range for oil prices in the next few years that we could see, according to a commodity trading group. And it will all depend on what peaks first: demand or investment in new production. “You could see spikes to even higher than $100 a barrel, even $130, and you could also see it go down to $35 a barrel for periods of time going forward,” William Reed II, chief executive of Castleton Commodities International, said at the FT Global Commodities Summit this week, as quoted by Reuters. “The question is what happens first. Peak demand or peak investment?”  ChemicalRecycling Petrochemicals Hydrogen

This is a fascinating question that will likely remain open for quite some time; it seems as if forecasts are even more unreliable than usual in the post-pandemic world. For instance, last year, energy authorities and the industry itself predicted oil demand growth was over thanks to the pandemic that encouraged a doubling down on an energy shift away from fossil fuels. Now, these same forecasters, including the International Energy Agency and BP (0.78%), are talking about growing oil demand.

One thing that can hardly be disputed is that lower spending on exploration would inevitably lead to lower production. This is what we have seen: the pandemic forced virtually everyone in the oil industry to slash their spending plans. This is what normally happens during the trough phase of an industry cycle.

Help determine which approved food packaging chemicals remain in use by participating in a focused, anonymous survey to support packaging circularity.

“Any discussion on the circular economy needs to focus on additives we use in converting raw materials into packaging.” — Say many packaging professionals

Dear packaging manufacturers and suppliers,You can help determine which approved food packaging chemicals remain in use by participating in a focused, anonymous survey. Here’s a four-point guide before we inform you what you can do to help the packaging industry tighten and improve a circular economy in the US.

More than 10,000 chemicals are approved for direct food contact worldwide.  Some of these chemicals were approved for use in the US as far back as 63 years ago when the Food Additive Amendment of 1958 stated that packaging was considered an indirect additive!  ChemicalRecycling Petrochemicals Hydrogen

The approval of food contact chemicals by various governments and entities varies based on the intended use. For example:

PET water bottles are approved for use with water;

Metal soup can coatings are approved for heat processing in the soup can. 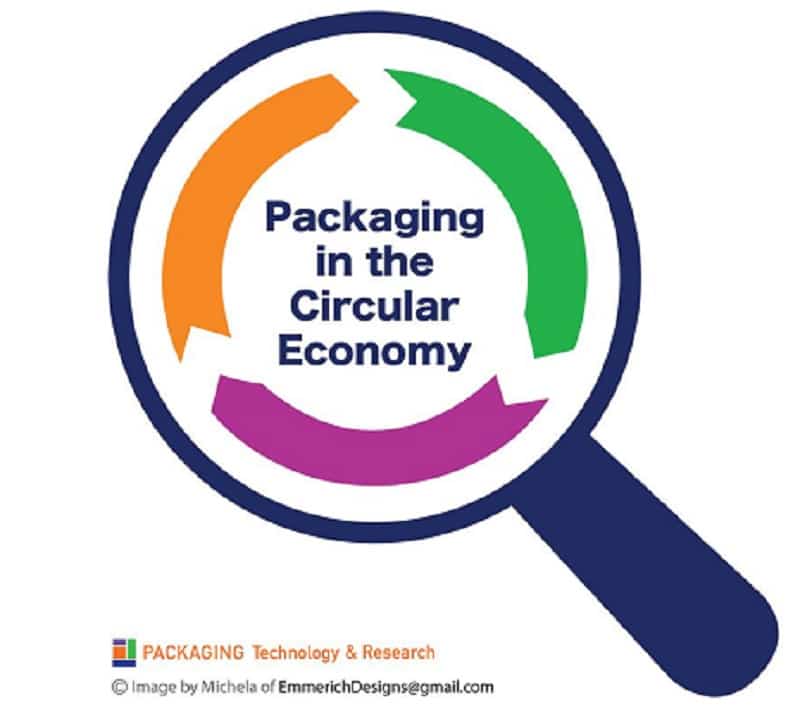 Budget FY22 that has been proclaimed a pro-growth budget is largely positive for the textile sector and textile exports. In an attempt to enhance export competitiveness of local players and reduce manufacturing cost especially in the value-added segment, the government announced reduction in RD, CD, and ACD on import of raw materials like synthetic filament yarn, man- made filament yarn, woven fabrics, and artificial staple fibres. It also announced removal of 5 percent custom duty and regulatory on import of polyester yarn, which is again a reduction in the raw material cost for textile players – though it could adversely impact the spinners’ cost.

However, a key demand by the textile sector continues to be the restoration of zero-rated sales tax regime for the sector, which holds little relevance today as the government has made attempts like bringing a faster refund system, paying off pending refunds to exporters and abolishing duty and taxes on industrial raw materials to address the issues of the sector.  ChemicalRecycling Petrochemicals Hydrogen

Amid the hue and cry by the textile sector over the ‘insufficient’ relief measures in the latest budget, textile exports continue to post growth. At $13.75 billion, 11MFY21 textile exports increased by 19 percent, while May 2021 textile exports are up by 41 percent year-on-year. The key drivers for growth are the value-added segments particularly knitwear, bedwear, towels and readymade garments that contribute to around 70 percent of total textile exports. 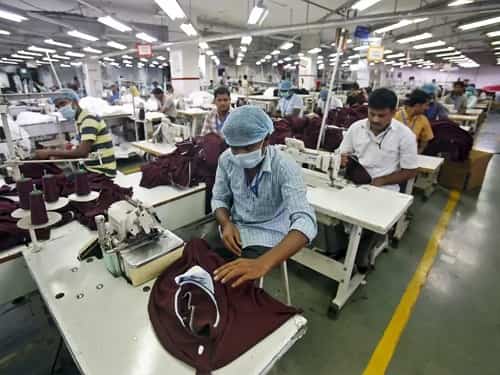 – Raythink is the only company in the world that has successfully applied the OpticalCore technology to products and put it into vehicles for testing.

Chinese technology startup and the maker of augmented-reality head-up displays (AR-HUDs) Raythink received a lot of attention lately when it reduced the impact of the rising prices for raw materials in the upstream sector by providing a lineup of solutions that made use of its innovative technology OpticalCore. A large contributing factor was the ability to avoid many of the restrictions often imposed on the technology as a result of the chips that are used. In April 2021, the company signed a strategic cooperation framework agreement with Aptiv PLC, a globally renowned auto parts company, whereby both companies will work together to promote AR-HUD solutions for intelligent vehicle cockpits.  ChemicalRecycling Petrochemicals Hydrogen

The Chinese auto parts industry has recently been through a period characterized by some notable successes amid challenges and setbacks. Most notably, during the first quarter of 2021, the sector experienced a boom driven by substantial year-on-year growth in the sales of automobiles while facing increasing pressure as a result of the rise in prices for raw materials. The strength of the sector overall bodes well for Raythink’s prospects, as it is the only company in the world that has successfully applied the OpticalCore technology to products and put it into vehicles for testing. In addition, the optical core component of its OpticalCore technology – the optical core engine imaging module – has been developed independently by the company, which greatly reduces the impact of chip shortage.