Hyosung, which is the first South Korean company to produce carbon fiber products, said its new H3065 (T-1000)-class carbon fiber has a tensile strength of 6.4 gigapascals (GPa) and an elastic modulus of moe than 295 GPa. GPa is a unit that measures the strength of a material, and 1 GPa means the strength at which a 1mm-wide and 1mm-long material can withstand 100kg of weight.

With the development of H3065, Hyosung Advanced Materials said it will be able to enter the high-value-added space and aviation carbon fiber market. “This development has provided an opportunity for Korea to become an advanced country in carbon materials that can produce ultra-high-intensity carbon fibers after Japan and the United States,” Hyosung Group chairman Cho Hyun-joon said in a statement on October 12.

The H3065 special carbon fiber, which is more than 14 times stronger than iron, can be used in aerospace and defense industries because it is light and has high elasticity and strength, capable of withstanding high loads and reducing the weight of projectile as much as possible. It can increase propulsion and the weight of the payload. Hyosung’s previous H2550 (T-700)-class carbon fiber product has been largely used for hydrogen fuel tanks, wire cores, solar insulation, and sports. 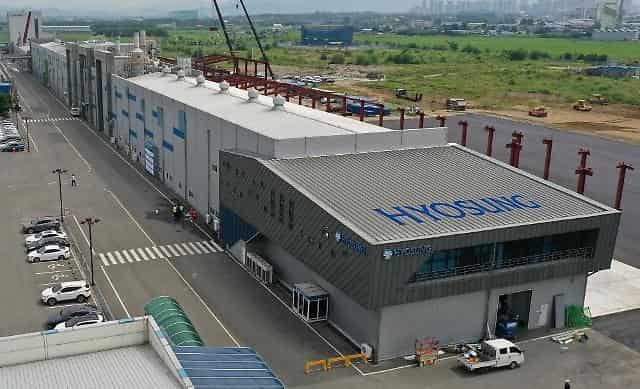 Symbio, a Michelin and Faurecia joint-venture for hydrogen fuel cell stacks systems is to invest €1 billion to help develop the hydrogen energy industry across France.

To be conducted in two phases by 2028, HyMotive will accelerate the industrialisation and mass-production of its current-generation fuel cell systems at the initial stage, said Symbio 6 Oct.

The first phase will see the completion of Symbio’s “gigafactory” under construction in Saint-Fons.

The plant, named SymphonHy, will be “one of the largest fuel cell system production sites in Europe,” with a total production capacity of 50,000 systems per year, said Symbio.

Production at the site is set to start kin the second quarter of 2023 – supporting customers, particularly French car maker Stellantis, which aims to produce up to 10,000 hydrogen vehicles by 2024.

In the second phase, Hymotive will develop and industrialise a new generation of innovative fuel cell systems, built on “disruptive technology”.

With the second-phase “gigafactory”, Symbio said its production capacity in France will reach 100,000 ‘StackPacks’ per year by 2028.

Hymotive will create 1,000 additional jobs throughout the duration of the project.

Symbio said it was already securing the supply of green hydrogen in Saint-Fons through the signing of various agreements.

Initially, Elogen will manufacture a PEM electrolyser for on-site production of 1 tonne of low-carbon hydrogen per day by end 2023.

In addition, the company said it had finalised the formation of the Innoplate joint venture project with Schaeffler for the mass production of bipolar plates (BPP).

The new packaging, said to be suitable for boiling sterilisation, delivers a barrier performance that is superior to that of existing PE mono-material packaging. According to Toppan, the film combines outstanding drop strength for liquid product use with the recyclability of a mono-material structure.

The enhanced barrier performance of the product and its suitability for boiling sterilisation have been made possible by a high-grade vapour deposition layer, original barrier coating, and converting techniques developed based on GL Barrier technologies. These technologies involve the lamination of an inorganic vapour deposition barrier layer and a coating barrier layer onto a base film. The combination creates a layer structure that is easy to print on, laminate, and process in other ways, and also provides stable barrier performance. Using this proprietary technology, Toppan said it was able to overcome the difficulty of vapour deposition on PE to create this newest recyclable mono-material packaging. The development, the company added, is a response to rising demand in Europe, where all  packaging must be reusable or recyclable by 2030, and in North America for mono-material solutions, and can be used for a wide range of contents. In light of the film’s drop strength, this includes refill pouches containing products such as detergents and shampoo.

With this latest addition to the GL Barrier family, Toppan can now offer GL Barrier films designed with PET, PE, and BOPP substrates.

The new film is directed at manufacturers of food and personal care products, as well as customers in a wide range of other industries. 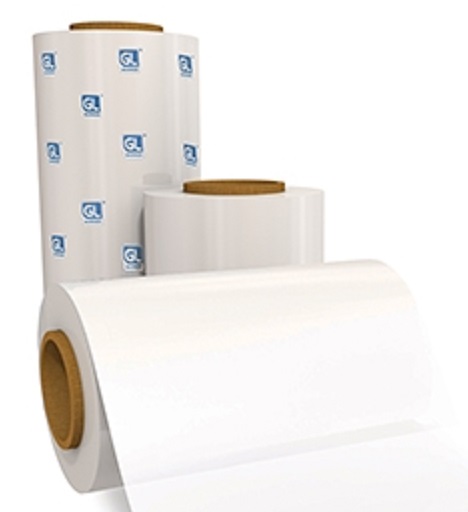 Polylactic acid (PLA) refers to a thermoplastic aliphatic polymer with the chemical formula C3H4O2. It is prepared by condensation of lactic acid with loss of water and is recyclable and biodegradable in nature. Polylactic acid is obtained from renewable sources, such as sugar cane, maize, cassava, corn starch, etc. It is widely available in numerous forms, including coatings, films, fiber, and sheets. Compared to other biodegradable polymers, PLA is reasonably inexpensive, has various advantageous mechanical qualities and is environmentally friendly as it produces low carbon emissions. As a result, polylactic acid is primarily used in the food industry for food packaging to protect heat, light, and moisture-sensitive food products. It further finds widespread application several end-use industries, including textile, medical, agriculture, automotive, etc.

The increasing utilization of polylactic acid to produce microwaveable containers, including disposable cutlery and food containers, is primarily driving the global polylactic acid market. Moreover, the increasing demand for biocompatible food packaging solutions on account of rising environmental concerns is stimulating the market growth. Additionally, PLA is gaining wide traction across the expanding food and beverage industry as it improves the aesthetic appeal of the food package and is highly resistant to grease and oil. This, in turn, is providing a positive outlook to the global market. Furthermore, the escalating demand for polylactic acid in the textile industry, on account of its excellent breathability and durability quality, is further catalyzing the product demand. Apart from this, various initiatives undertaken by government bodies to provide subsidies and promote the usage of biodegradable products like PLA, owing to the rising carbon emissions and the need for adopting pollution control measures, are augmenting the global market. Several other factors, including unstable petroleum prices and the unavailability of sufficient resources for plastic production, are anticipated to propel the global polylactic acid market over the forecast period. 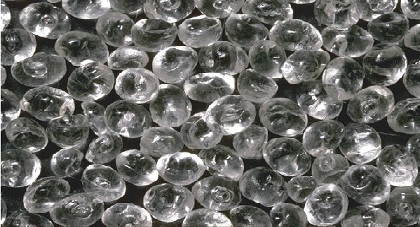 -HEIQ Files Complaint in US for Breach of Exclusive Agreement

HEIQ PLC said Monday that it has filed a complaint in the U.S. against ICP Industrial Inc. for breaching the terms of an exclusive agreement.

The materials-and-textile innovation company said its HEIQ materials subsidiary has filed a complaint in the U.S. District Court for the Western District of North Carolina, Charlotte Division, against ICP Industrial Inc, a division of ICP Group.

Carmakers have spent decades researching and implementing ways of bringing down the weight of their vehicles. In the 1970s, when oil embargos sparked soaring crude prices, lighter cars meant less fuel consumption.

Today, climate change concerns and the drive to reduce carbon emissions has put the automotive sector on a new path of weight reduction amid environmental considerations. Manufacturers recognise the benefits plastics components offer, whether it is lighter, high-performance engine parts, interior trim, or even synthetic drive belts. The sustainability message is also clear to materials suppliers, who continue to produce game-changing innovations.

Growing pressure on car manufacturers to reduce the weight of their vehicles and reflect the public’s concerns about the environment will have a positive knock-on effect for resin makers, especially those working with recycled content, according to US research firm Frost & Sullivan (Santa Clara, California; www.frost.com).

Its report, Global Automotive Plastics Growth Opportunities, said as sustainability and decarbonisation gains prominence in the global automotive sector, the industry would “inflate the demand for greener alternatives to minimise carbon emissions in the next three to five years. Due to this, established OEMs will collaboratively advance recycling technologies or acquire recycling companies to ensure supply security.”

To exploit the new opportunities the report suggested that plastics producers offering polybutylene terephthalate and polyamide should collaborate with OEMs to develop and scale plastics-based components, especially battery housings, and it recommended that resin suppliers team up with component manufacturers to develop recycled grades that ensure performance on par with components made from virgin resin. 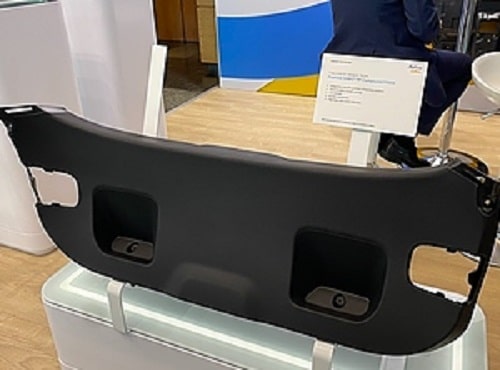 POSCO has earmarked $1.09 billion to produce 25,000 tons of lithium hydroxide, an inorganic compound used for electric vehicle batteries, in Argentina. The steel group has purchased lithium mining rights in a salt lake for $280 million to become a global player in the battery material market.

In December 2021, POSCO unveiled its scheme to invest some $830 million in producing lithium hydroxide from the Hombre Muerto salt lake in Argentina. A production plant with an annual capacity of 25,000 tons is to be completed in the first half of 2024.

POSCO said in a statement on October 11 that its board has approved about $1.09 billion for additional investment in the construction of a new lithium carbonate production plant in Argitina.

POSCO’s move comes as battery manufacturers are actively investing in North America to cope with an inflation reduction act (IRA) that only subsidizes electric vehicles using more than a certain percentage of core minerals produced by the U.S. or countries that have signed free trade agreements with Washington.

-The Time for Bioplastics has Arrived

Banning single-use plastics is a great move and it can be and should be supported with greener options that are healthier for the planet.

Be it earbuds with plastic sticks, ice cream sticks, plastic flags, cups, plates, cutlery, straws or cigarette packs, their rampant use impacts the environment in devastating ways. There are so many natural alternatives available to us that we must now explore decisively to change the cycle of consumption and endless generation of toxic waste. Bamboo for instance is a fast growing, renewable, virtually maintenance free natural resource. It needs little water, is great for the environment and for soil health and does not even requires any pesticides to grow.

From July 1, a ban on single-use plastic products has been imposed across India. According to the Central Pollution Control Board (CPCB), 30 single-use plastic items have been included in the ban which also extends to the sale, stocking, distribution and export of low utility plastic products with high littering scope. Bikrant Tiwary, chief executive officer of a social organisation named Grow-Trees.com says, “Banning single-use plastics is a great move but it can be and should be supported with greener options that are healthier for the planet. During our afforestation projects, the amount of plastic waste we come across even in the most eco-sensitive regions is appalling. Yes, it is important to plant more trees to address climate change but it is equally important to not let pollutants seep into our food chain, choke our oceans and turn our planet into a huge landfill. 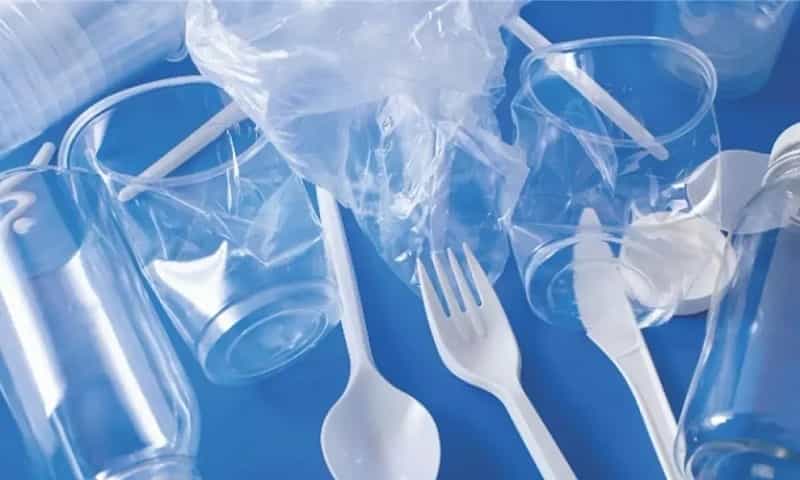