Affected by the war, port loading and transportation in the Black Sea region have been paralyzed. Russia crude oil exports have been blocked, and the market cannot see the possibility of other alternative supplies to fill this gap for the time being. At the same time, the shipping stagnation in the Black Sea may not be solved in the short term, and it is entirely possible for the market to continue to trade crude oil.

Therefore, affected by the hiking cost, China polyester industry chain is forced to follow up, the prices of other crude oil-related products are also rising one after another.

Apart from the cost-side, the conflict between Russia and Ukraine continued to escalate this week, and we also noted that recently, many transport giants have begun to suspend new bookings for sea, air and intercontinental railways to and from Russia, including Maersk, MSC and Hebrot. According to media reports, other logistics companies, including Seko logistics, have also stopped accepting Russian orders. UPS and FedEx have suspended shipments to Russia. Wood-based-fibres – PET-bottle 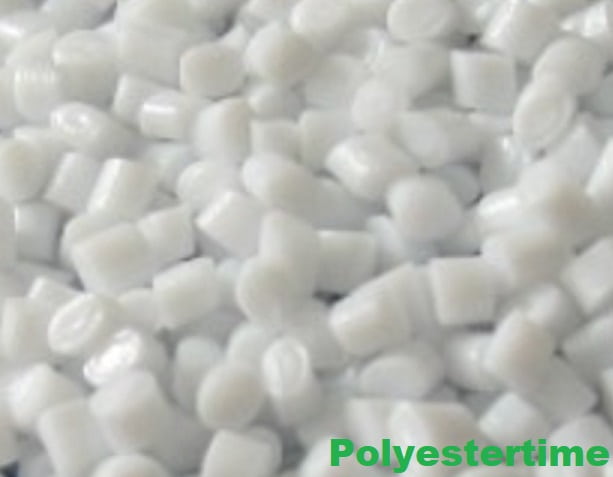 The Lenzing Group, the world’s leading supplier of wood-based specialty fibres, has today announced the successful completion of its key lyocell expansion project in Thailand.Wood-based-fibres – PET-bottle

The new plant, the largest of its kind in the world with a nameplate capacity of 100,000 tons per year, started production on schedule and will help to even better meet the increasing customer demand for TENCEL branded lyocell fibres. For Lenzing, the project also represents an important step towards strengthening its leadership position in the specialty fibre market and into a carbon-free future.

The construction of the plant located at Industrial Park 304 in Prachinburi, around 150 kilometres northeast of Bangkok, started in the second half of 2019 and proceeded largely according to plan, despite the challenges arising from the COVID-19 pandemic. The recruiting and onboarding of new employees has been successful. Investments (CAPEX) amounted to approximately €400 million, the Austria-headquartered company said.

“We are very proud of this achievement. Our sincere thanks go to the entire Lenzing team and especially to our staff in Thailand but also to many external stakeholders, who joined forces in times of a global pandemic to make this key project reality. To deliver such a huge project in time and at budget is an outstanding achievement given the challenges of the global pandemic, Cord Prinzhorn, CEO of Lenzing Group, said in a press release. Wood-based-fibres – PET-bottle

Robert van de Kerkhof, Member of the Managing Board, agreed with him and added: “The demand for our wood-based, biodegradable specialty fibres under the TENCEL, LENZING ECOVERO and VEOCEL brands is growing very well. In Asia in particular, we see huge growth potential for our brands based on sustainable innovation. With the production start of the lyocell plant in Thailand, Lenzing reached an important milestone in its growth journey, supporting our ambitious goal to make the textile and nonwoven industries more sustainable. 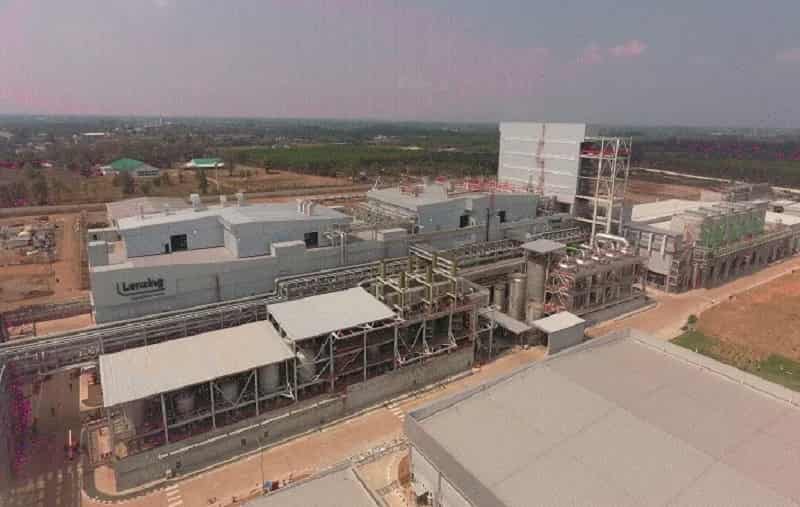 -Bio-attributed PP from Japan
Prime Polymer has delivered the first batches of plastic produced with biobased hydrocarbons supplied by the Finnish company Neste and attributed by certified mass balance. Wood-based-fibres – PET-bottle
Prime Polymr PP plant Osaka Prime Polymer, a Japanese company of the Mitsui Chemicals group, has started production of bio-attributed polypropylene at its Osaka, Japan site.
The raw material, hydrocarbons of biological origin supplied by the Finnish company Neste, is used in the cracking phase and attributed with ISCC Plus certified mass balance to the resins marketed by Prime Polymer as “biobased”, the first batches of which have already been delivered to customers. 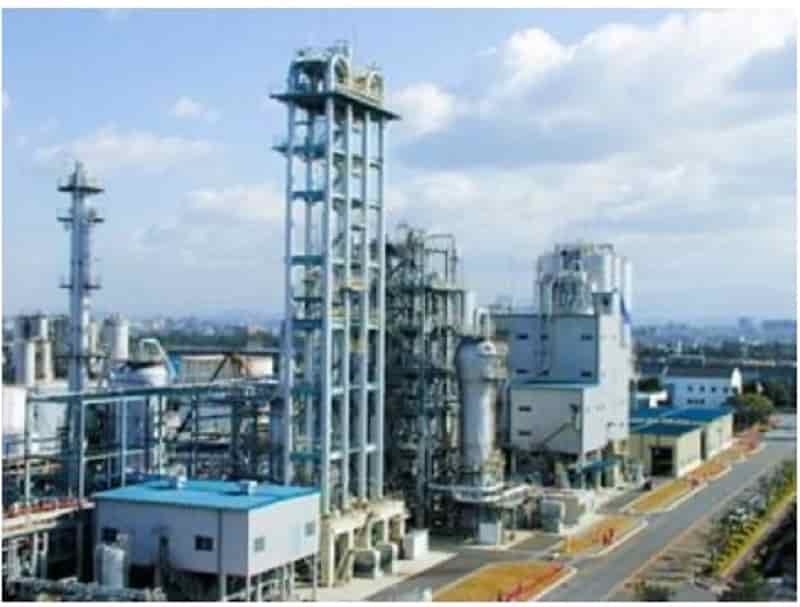 Coveris is moving ahead with an investment programme to modernise its site in Montfaucon, France. Wood-based-fibres – PET-bottle

With the recent acquisition of a new extruder, Coveris is improving its machinery and increasing productivity in the manufacture of shrink and stretch hoods for industrial applications.

Coveris, a polyethylene extruder, is further expanding its offering with this new investment and is aiming to meet the growing market demand for recyclable and recycled flexible packaging materials.

The Montfaucon site has undergone a real change over the last few months to accommodate this new machine. It allows Coveris to take a new step forward by modernising its fleet, increasing productivity and capacity, and reducing its environmental footprint. Coveris is thereby able to offer its customers an optimised product range.

This technology makes it possible to offer a standard or non-stick shrink hood with optimised thickness that can incorporate 50% or more recycled material.

With the official stance shifting from all-in to wait-and-see, the future of biodegradable plastic in China is uncertain

hina’s “toughest ever” drive to reduce single-use plastics has been underway for two years. Wood-based-fibres – PET-bottle

In January 2020, the country announced bans or restrictions on the production or sale of products including single-use plastic bags and cutlery, with an ambitious timetable for their removal from the market. Some single-use products were to be replaced with alternatives in less than a year.

The sudden ban on large quantities of non-biodegradable single-use plastic products triggered a boom in the production of alternatives, particularly biodegradable plastics. Weng Yunxuan, a professor of polymer chemistry at Beijing Technology and Business University, has estimated that by 2025 China’s production of two main types of biodegradable plastic, PBAT and PLA, will have hit 7 million and 1 million tonnes respectively, up from 300,000 and 100,000 tonnes in 2020. That will represent two-thirds of global output.

But some months ago, when the National Development and Reform Commission and Ministry of Ecology and Environment published plans for tackling plastic pollution in 2021–25, there was a notable shortage of content on biodegradable plastics, with no requirement to increase their use. On the contrary: the plans called for more research into the impact and applicability of the materials, and warned against blindly expanding production.

What caused the sudden turnaround?

The thinking behind the 2020 restrictions was that more environmentally friendly products would replace single-use plastics, with a focus on reusable, recyclable and degradable options. Industry assumed the government would be encouraging the use of degradable versions of plastic bags and of mulching films used to protect fields, and so upped production. Wood-based-fibres – PET-bottle 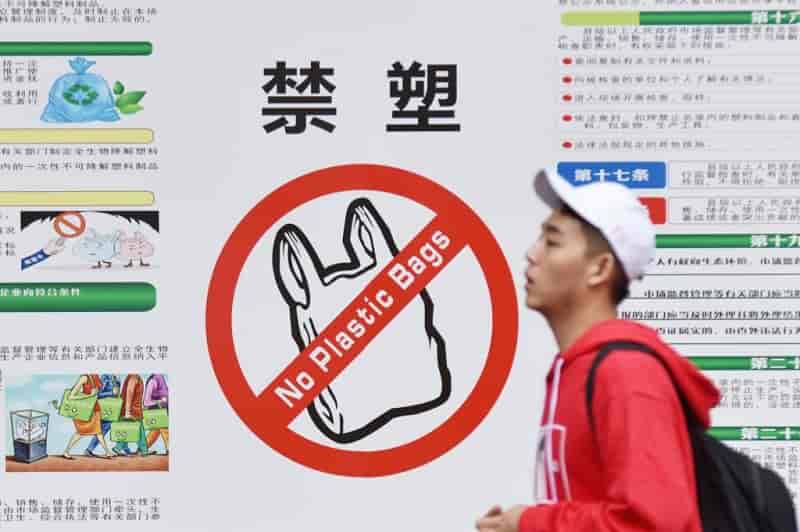 The 70,000 square foot facility will increase EFS’s processing capacity by 10,000 metric tonnes per year, representing a 20 percent increase. Beginning in the first week of April, EFS will accept #3-7 and #1-7 mixed rigid plastic bales from material recovery facilities (MRFs) located in western regions of Canada and the United States. This investment builds on the strong relationships that EFS has developed with Western MRFs since the Chinese National Sword policy limited the export of residential plastics in 2018.

“As we increase the amount of recycled resin we produce, we remain focused on keeping our carbon footprint as low as possible,” said Martin Vogt, EFS-plastics president and CEO. “This new location allows us to cut carbon emissions associated with transportation as we extend the impact of our highly-automated, mechanical recycling operations.”  Wood-based-fibres – PET-bottle 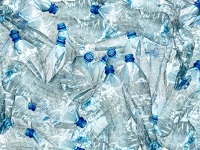