The new facility is capable of sorting the packaging fractions by colour and, very importantly, filter black plastics. This results in high-quality output that can be recycled into new products. With an annual throughput of approximately 120,000 tons, it is claimed to be the biggest light packaging plant in Europe.

The design required the innovative thinking of Stadler’s design teams: “This was the largest project to date for us, with 272 conveyor belts installed filling the hall on five levels and supported by over 1,000 tons of steelwork,” explains Wolfgang Köser, joint Project Manager. Packaging-sorting – Russian-oil – PET-bottles

The fully automated bunker management at the plant is another state-of-art process: “This means, for example, that there are no longer staff members permanently tied to the baler. In addition, the desired bale weights – and consequently bale lengths – can be achieved according to the customer’s specifications through the weighing cells under all bunkers.

This has the advantage that the trucks can be loaded optimally for the best possible transport result,” explains Benny Kalmbach.

Thanks to a close collaboration of the teams at Stadler and PreZero, the project was completed in a short time, as Wolfgang Köser explains: “We had a very tight schedule, with just 12 months from signing the contract to start-up with material, but we succeeded with a good and close cooperation between us at Stadler, and the teams at PreZero and the other companies involved in the project. Short decision-making processes and a target-oriented approach enabled us to move forward quickly at every stage.” Packaging-sorting – Russian-oil – PET-bottles 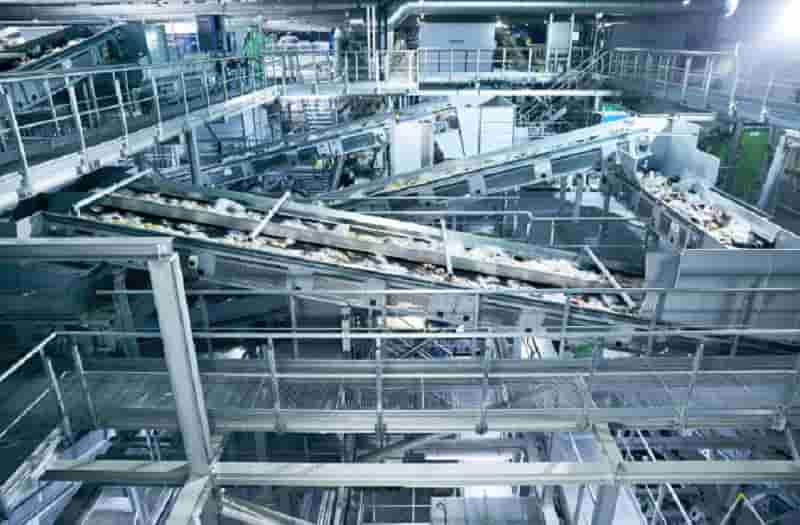 -Australian science on a mission to end plastic waste

Australia’s national science agency, CSIRO, will tackle Australia’s plastic pollution problem, pledging to help Australia reduce 80 per cent of its plastic waste by the end of the decade.

An initial $50M will be invested into CSIRO’s Ending Plastic Waste Mission, to develop cutting-edge science and innovation to change the way Australia makes, uses, recycles and disposes of plastics. Packaging-sorting – Russian-oil – PET-bottles

Plastic waste is a critical global challenge, and the Mission is looking to partner with countries who have the same shared vision of reducing plastic waste, with an initial focus on the Indo-Pacific region.

The Mission’s current partners and collaborators include Australian industry, government and universities, and several international organisations including the National Science Foundation, University of Texas at Austin and U.S. Department of Energy’s BOTTLE Consortium.

With global use of plastic expected to double by 2040, CSIRO’s Chief Executive Larry Marshall said the challenge was far bigger than any one institution or country.

“The Ending Plastic Waste Mission will bring together the whole innovation system, to turn science into solutions that will benefit the environment and create economic opportunities for Australia and the globe,” Dr Marshall said.

“By working together, by aligning our efforts, and by pushing each other further for a common cause, we can tackle seemingly impossible challenges – like protecting our environment while making sustainability profitable for business. And we can achieve it faster.” Packaging-sorting – Russian-oil – PET-bottles 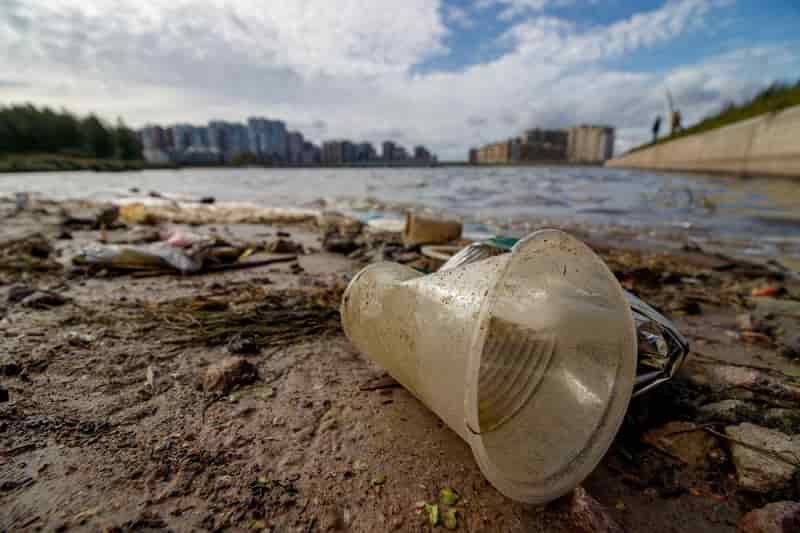 Vitol has entered into a strategic partnership with Danish company WPU, which recycles waste plastic into plastic oils, said Hydrocarbonprocessing.

Vitol will offtake and market the recycled plastic oils generated by WPU’s new pyrolysis plant in Faarevejle in Odsherred Municipality north of Copenhagen, which is expected to open in early 2023, with an additional two plants to be opened by Q3 2023. The combined capacity of these plants will be 160,000 metric tpy of waste plastic. Packaging-sorting – Russian-oil – PET-bottles

Plastic can be recycled mechanically up to 6-7 times. At this point, the building blocks in the plastic are so damaged that they need to be incinerated or deposited in landfill. However, through pyrolysis WPU can now convert obsolete plastic into new products. The transformation from waste to sustainable energy is based on a technology called pyrolysis that processes the plastic at high temperatures. The plastic oils can be used in the production of new plastic products or as recycled carbon fuels.

Chris Bake, head of origination, Vitol said, “Each year over 17 MMt of waste plastic is generated in the EU, recycling plastics locally minimizes transport emissions and supports European chemicals businesses. We intend to be an integral part of Europe’s circular economy and are delighted to be taking this important step with WPU.”

Niels Stielund, Chairman of the Board at WPU said, “The strategic partnership with Vitol enables WPU to continue a strong future production line. We could not have wished for a better partnership. Vitol, with its deep knowledge of the global energy markets and sustainable fuels, is in a perfect position to support us in our further development and expansion.” Packaging-sorting – Russian-oil – PET-bottles 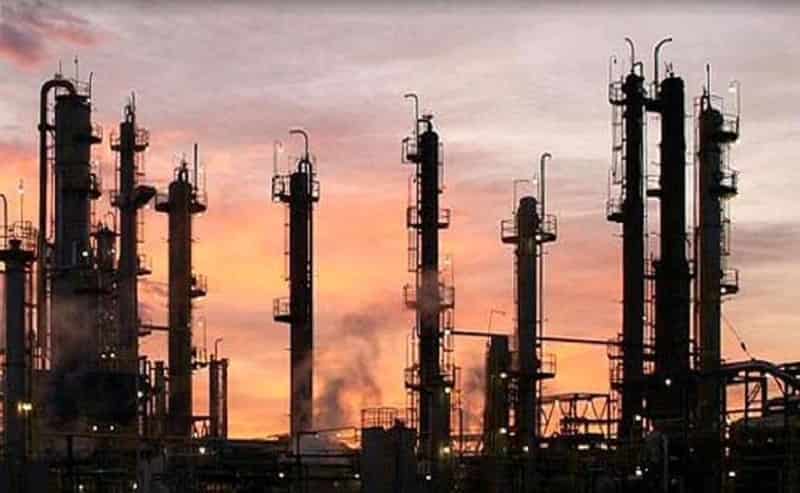 Domo Chemicals, a global leader in engineered material solutions and fully integrated producer of PA6, announced today the successful delivery of 5 million tonnes of caprolactam at its Leuna site, said the company.

The Leuna site has produced caprolactam in its facilities since 1942. This quantity is equivalent to approximately 225,000 truck loads. The German subsidiary DOMO Caproleuna has been producing caprolactam and polyamide at the site in the heart of Europe since 1994. During this period, production capacities have been gradually expanded to the current 176,000 metric tonnes per year.

Since the DOMO Group took over the caprolactam plants in 1994, the technology and processes have been continuously enhanced and improved. Over the past 20 years, DOMO Caproleuna has been able to reduce specific energy consumption in medium-pressure steam by 30% and respectively in low-pressure steam by 40%, thus continuously optimizing the manufacturing process.

Sustainability is one of the strategic pillars for the Group. DOMO Beyond is our roadmap for innovative projects to achieve our sustainability goals in the areas of Planet Care, Responsible Employer, and Partner of Choice. DOMO is committing to neutral CO2 emissions growth by 2030, respectively from 2019, establishing a 15% reduction in the carbon content of DOMO’s energy mix and a 7% reduction of industrial waste.

Caprolactam is primarily required to produce polyamide 6 and is further processed in the company’s own polymerization facility, which is integrated on-site, to produce the high-tech engineering plastics under the brand names DOMAMID and TECHNYL. DOMAMID is primarily used as a base polymer for engineering plastics, textiles and film applications. TECHNYL is the leading polyamide-based compound for a variety of industry segments such as automotive, electricals & electronics and industry & consumer goods. Packaging-sorting – Russian-oil – PET-bottles

Domo recently teamed up with pump manufacturer Wilo to supply materials for its pumps used in urban water systems. Its hot water pumps will be constructed of Domo’s TECHNYL A218 V30 Black 34NG – an injection moulding compound which includes a 30% glass fibre reinforcement. It is resistant to heat and glycol and will be used to produce the Wilo Para MSL/6-43/SC circulation pump for heating systems. 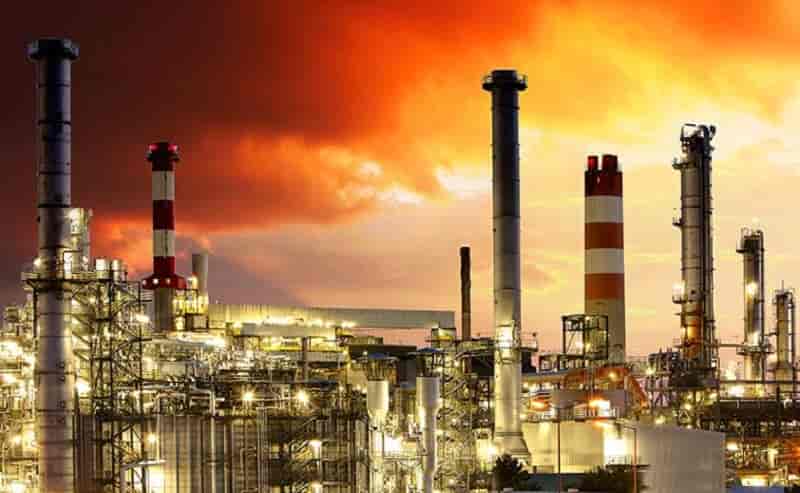 -Eni is not using Russian oil in Bayernoil refinery in Germany

Italian oil and gas company Eni said on Friday it was not using oil of Russian origin in operations related to its 20% share in the Bayernoil refinery in the Germany state of Bavaria, according to Hydrocarbonprocessing.

Swiss firm Varo Energy, another shareholder in the Bayernoil refinery, said it had not entered into new deals to buy Russian oil since the start of Russia’s invasion of Ukraine and did not plan to. It said previous contracts had expired.

The West has imposed sweeping sanctions on Russia over the invasion.

The US has banned Russian oil imports, while the European Union, which is more reliant on Russian fuel, has banned investments in Russia’s energy sector.

“At the moment, Eni Deutschland sources its supply share in the Bayernoil refinery via other crude oils,” she said.

Bayernoil processes 10.3 MMtpy of crude to make products including gasoline, diesel, heating oil and bitumen at its Neustadt and Vohburg sites.

Rosneft did not reply to enquiries about Russian oil flows. 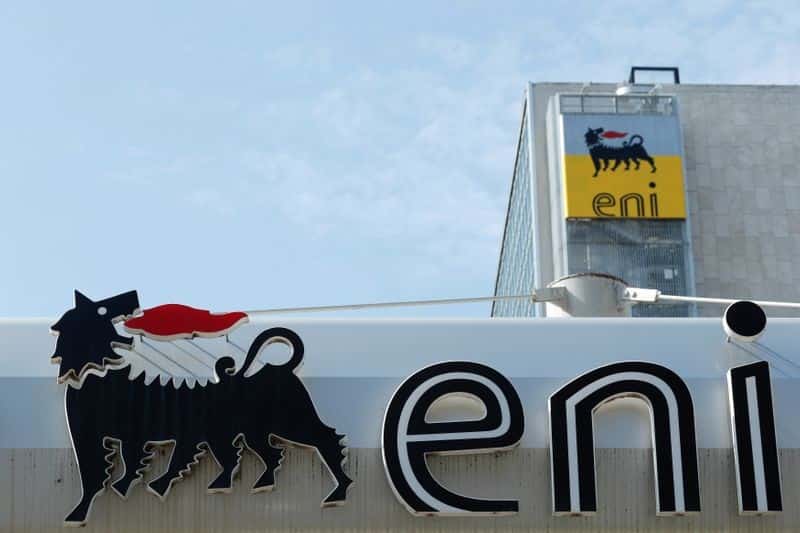 Evonik is investing a significant double-digit million Euro sum in a new, modern production facility for its high-performance foams for fiber composites manufactured in Darmstadt. At the same time, parts of the original production plant, which went into operation in 1972, will be shut down or extensively modernized. These measures will enable Evonik to continue to meet growing demand for its structural foams, for example from the aerospace industry. Packaging-sorting – Russian-oil – PET-bottles

Evonik’s original production facility in Darmstadt has been manufacturing ROHACELL® structural foam, which is used as a core material for sandwich composite materials, for 50 years. Sales have risen steadily in recent years due to increasing market demand for lightweight components in a wide range of industries, including medical technology and sports applications to parts for the electronics industry and automotive and aircraft construction. ROHACELL® plays a role in emerging technology developments, such as high frequency equipment for 5G networks as well as the design of air taxis. In addition, the product range of high-performance foams will soon be expanded with new developments beyond ROHACELL® polymethacrylimide structural foam. 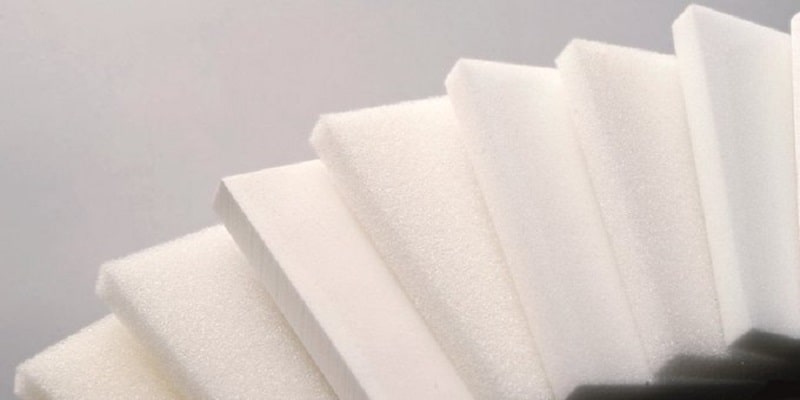