March 21, 2022
This content has been archived. It may no longer be relevant

Over 150 chemicals were found to be passed into drinks from plastic bottles by researchers at Brunel University, London. Around 18 of these chemicals were in levels, which exceeded regulations.

The drinks, which were bottled using recycled Polyethylene Terephthalate (PET), contained greater concentrations of chemicals than with those bottled using new PET, the researchers said.

It may also suggest that the problems with the recycling process may also be causing contamination.  PET-tray-to-tray – Recycled-plastic-bottles

To remove the potentially harmful chemicals, the researchers are calling for better recycling methods.

The researchers also reviewed around 91 studies conducted around the world to look at chemical contamination from plastic bottles.

Dr Eleni Iacovidou, lecturer, Brunel’s Centre for Pollution Research and Policy, who also led the study, said, “We found these chemicals can come from various sources, such as the catalysts and additives used during production and degradation during PET production, and degradation that can happen across a bottle’s lifecycle.”

The researchers wrote, “This evidence implies that highly recyclable products, such as PET drink bottles, can be inapt for closed-loop recycling when poorly designed, indicating the need for greater adoption of design-for-recycling principles and improvements at the waste-management infrastructure level.”

-Rising prices of plastic materials put a burden on businesses

The price of plastic resin has increased sharply following the price of oil, putting pressure on plastic enterprises.

Plastic resins are made from petrol products, typically PP and PE. Therefore, fluctuations in oil prices have directly affected the price of plastic resins.

In 2021, the price of input materials increased sharply by 1.6 times, making a record hike in history, which greatly affected the performance of the businesses in the industry.

At a meeting with investors on February 17, 2022, Nguyễn Hoàng Ngân, General Director of Bình Minh Plastics Joint Stock Company (BMP) said last year, the company made a profit of VNĐ214 billion (US$9.4 million), down 59 per cent compared to 2020. This was also the lowest profit in the past 13 years.

In 2022, Bình Minh Plastics sets a high growth business plan, with a target revenue of VNĐ5.68 trillion, an increase of 25 per cent compared to 2021 and pre-tax profit rising by 109 per cent to VNĐ560 billion.

This plan was built on the scenario in which the price of plastic materials in the last months of 2021 and the beginning of this year is stable. However, with new developments from the world geopolitical situation, the company may not fulfil its targets.  PET-tray-to-tray – Recycled-plastic-bottles

Facing adverse developments from the market, he said Bình Minh Plastics has proposed a solution, which is controlling input costs. The company will actively monitor raw material prices closely so that it will be able to stockpile enough materials when the prices go down.

“The Board of Directors will consider carefully to ensure the competitiveness and profitability of the company,” he said. 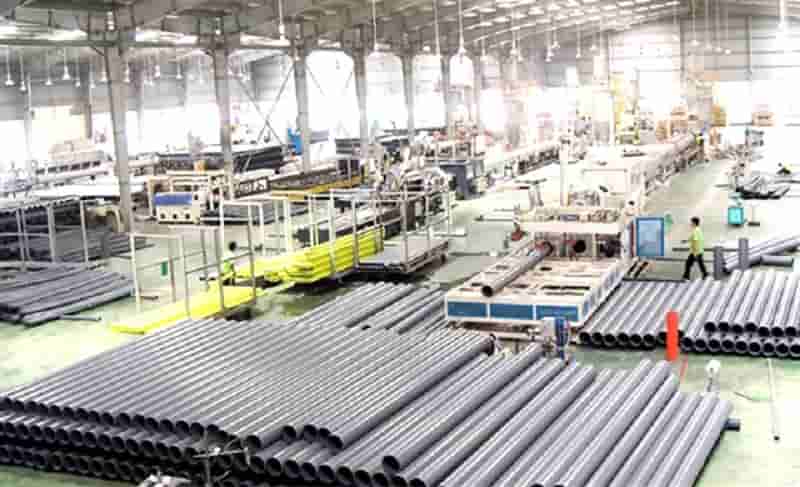 Koch Modular Process Systems will expand its ongoing business relationship with PureCycle Technologies  and will supply modular recycling systems for PureCycle’s second facility in Augusta, Georgia. This work will help address the global need to transform plastic waste into a renewable resource.

“As PureCycle continues to grow, there is a clear need to expand our relationship with a partner that fully understands the history of our disruptive technology,” said Dustin Olson, Chief Manufacturing Officer at PureCycle. “Our goal is one billion pounds of like-new, ultra-pure recycled plastic production capacity, and with Koch Modular, I am confident that we will succeed.”

PureCycle and Koch Modular have worked together for more than six years. Most recently Koch was awarded the design and construction of PureCycle’s Phase II commercial ultra-pure recycled (UPR) polypropylene facility located in Ironton, Ohio, in 2020. PureCycle’s technology and recycling process removes colour, odour, and other contaminants from polypropylene plastic waste, resulting in like-new material that can be recycled time and time again. PET-tray-to-tray – Recycled-plastic-bottles 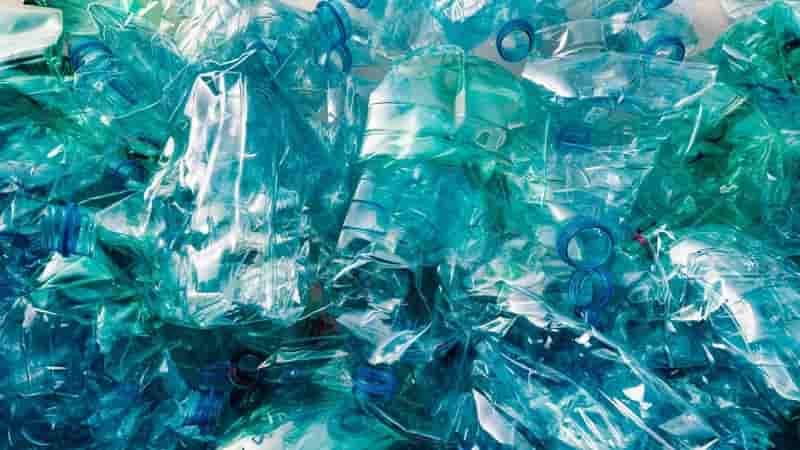 -AMB TrayRevive: tray-to-tray solution to promote the circularity of the trays

On the basis of the expertise and valuable insights gained through the company’s long-standing bottle-to tray recycling solution, it soon became clear to AMB that demand for recycled bottles would divert rPET away from tray solutions. It is expected that the demand for bottle-to-bottle recycling from the bottle industry will use up to 0.5 million tonnes of rPET, therefore causing shortages for the production of recycled tray material. In collaboration with an Italian recycler, AMB launched an initiative to collect the material from post-consumer trays with the aim to promote the circularity of the food PET trays. This material is broken down into flakes which are then used to manufacture a tray-to-tray product. As the demand for PET flakes is continuously growing, European design recycling guidelines for multilayer PET/PE transparent trays are currently being developed. PET-tray-to-tray – Recycled-plastic-bottles

To ensure the exceptional quality of the final trays, the raw material comes from 95% of food trays stream and undergoes a strict process of analysis. Post-consumer tray material is processed to avoid contaminations, and the quality of the flakes is then evaluated. AMB assesses the material for its impact on the extrusion process and its mechanical performance. Additionally, the new film is subject to controls that evaluate its optical aspect and quality as well as its impact on the thermoforming process. All these checks ensure that AMB customers can rely on the outstanding quality of the final trays: mechanical performance and thermoforming performance on FFS remain unchanged, and the gauge remains the same as for standard PET/PE or Mono PET. AMB Tray Revive drives the tray recyclability and helps AMB customers to boost their green credentials and attract retailers and consumers, who are increasingly heedful of environmentally friendly packaging solutions.

Through cutting-edge patented technology, Eastman is taking its partners in the home textiles industry on a journey that begins with reclaimed carpet waste and ends with truly sustainable—and high quality —Naia™ Renew fiber.

Innovative and trailblazing, Eastman’s advances have taken its position as a thought leader in sustainability to an unprecedented new level, driven by a commitment to educate the industry while improving the health of consumers and the planet. Several significant developments tell the story.

Eastman’s new molecular recycling process breaks down waste otherwise destined for landfills, incineration, or other undesirable end-of-life options and uses them as feedstock to create acetic acid, a biodegradable organic acid. This acetic acid is then used to produce Eastman Naia™ Renew cellulosic fiber for spun and filament yarns. Because waste is broken down to its molecular level, material such as post-consumer carpets can be recycled infinitely without compromising on comfort, quality and appearance of new materials made. 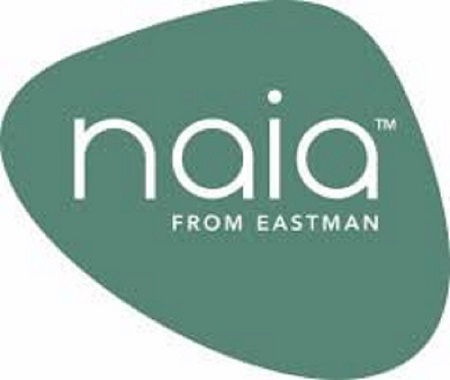 Former German Chancellor Gerhard Schröder has long been a personal friend of Russian President Vladimir Putin. Now, he may be attempting to mediate to end the war in Ukraine.

Gerhard Schröder, who was German chancellor from 1998 to 2005, has had a close relationship with Russian President Vladimir Putin for more than two decades. Now the news portal Politico and the German mass-circulation Bild newspaper report he traveled to Moscow and met with the Russian president on Thursday evening.

The trip was not coordinated with the German government, which is headed by Schröder’s party, the center-left Social Democrats (SPD). SPD co-leader Lars Klingbeil said he had received no information on such a trip, but said that in his view any attempt to stop the war was good.

It was only a few days ago that Soyeon Schröder-Kim, Schröder’s wife, wrote on Instagram, “You can be sure that whatever my husband can do to help end the war, he will do.” 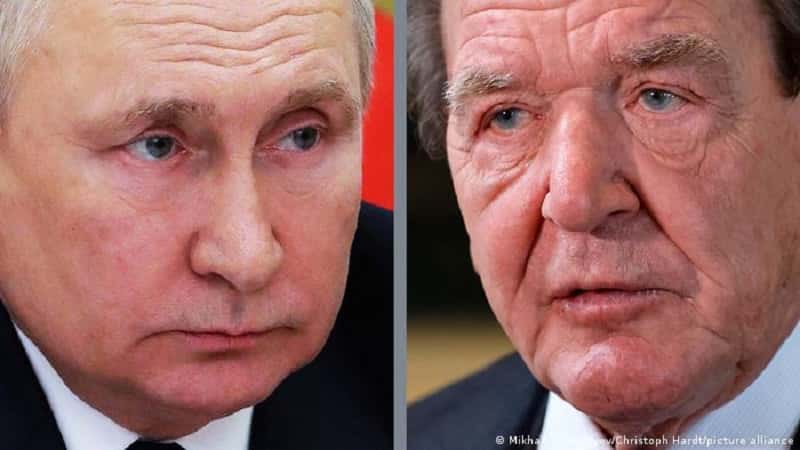