September 26, 2020
This content has been archived. It may no longer be relevant

The Czech subsidiary of one of the world’s three largest car manufacturers, began looking for a biodegradable packaging substitute to reduce the amount of conventional plastic packaging they use.

As global companies are becoming more environmentally responsible and supporting a circular economy, the car manufacturer decided to test Cortec’s Eco-Corr Film® as part of their new “green” logistics project aimed at decreasing plastic consumption. “Green” packaging alternative Eco-Corr Film® is used for transport of automotive engines from their manufacturing facilities in the Czech Republic to India where the film is then composted. 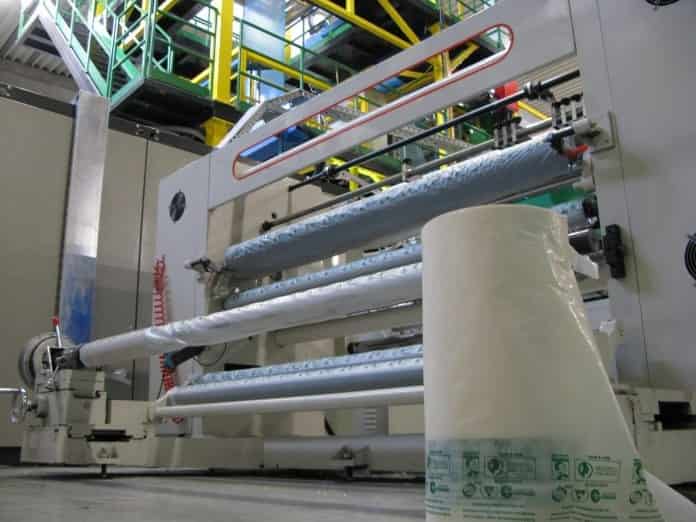 -Asia PBT under pressure as demand eases ahead of China holiday

Asia’s polybutylene terephthalate (PBT) resins prices were under downward pressure this week as demand eased further ahead of China’s week-long holiday in October.

Buying momentum began to slow down in early September, after some pick-up in July and August, as users have accumulated stocks.

In response to the new report “Biodegradable and compostable plastics – challenges and opportunities” by the European Environment Agency (EEA), European Bioplastics (EUBP) highlights the need to acknowledge successful precedents in the deployment of these innovative materials in collaboration with a receptive community of consumers. Unfortunately, several media outlets made use of a biased interpretation of the report to draw a distorted picture of biodegradable and compostable plastics.

François de Bie, Chairman of EUBP, stated “In several respects, the EEA report is laudable in its objectives to provide information about the types of biodegradable products available, their labelling and their properties. It also accurately highlights the need to raise awareness about the different packaging solutions to ensure proper sorting and collection of waste”.  Petrochemicals PETrecycled Bioplastic

Chemical Recycling Europe welcomes Recycling Technologies, a United Kingdom based company as a new member. The company has developed a technology which turns hard-to-recycle plastic into an oil used as a feedstock for new plastic production.

The RT7000 is modular and small-scale, designed to fit easily onto existing waste treatment and recycling sites, providing a scalable solution to recycle waste plastic anywhere in the world. Petrochemicals PETrecycled Bioplastic

ChemRecEurope Secretary General, Mohammad Hayatifar, said: “We are delighted Recycling Technologies has joined our association. It is a leader in the UK having set itself a mission to accelerate the evolution of plastic into a sustainable material. The company is already expanding its reach into Europe where it is working with Citeo, Mars and Nestlé to develop chemical recycling in France and recently announced plans to build its first European site in the Netherlands. We are looking forward to working together with this new member to increase the circularity of plastic.” 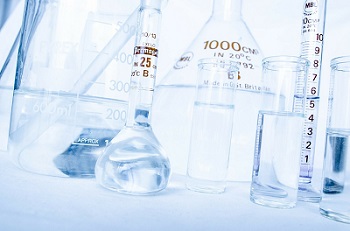 Japanese materials maker Toray Industries will ramp up production of carbon fiber for fuel cell vehicles in the U.S. and Japan by 50% this fiscal year, Nikkei has learned, pivoting to a field expected to see growth as demand from the aviation industry tumbles.

The company will switch over production lines for aircraft materials to make the stronger and more lightweight carbon fiber used in hydrogen tanks.

The shift comes as the coronavirus pandemic weighs on a major source of revenue for Toray, the world’s top producer of carbon fiber. The aerospace industry accounted for 46% of net sales in the company’s carbon fiber segment in fiscal 2019, about on par with such industrial applications as wind turbines.Petrochemicals PETrecycled Bioplastic 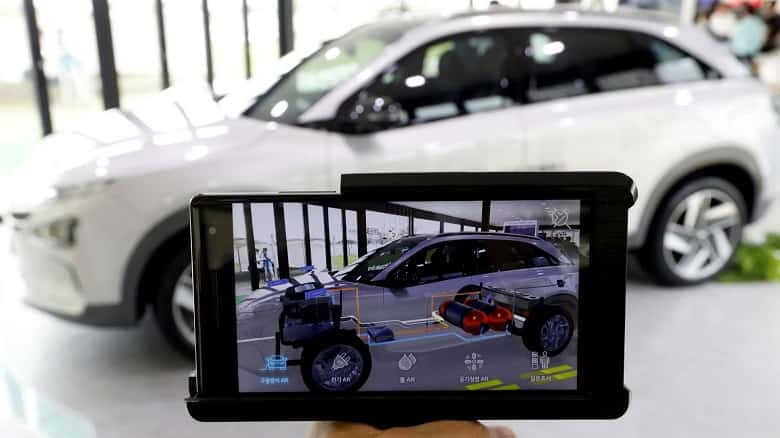 Based on what is described as enhanced recycling, the aim is to produce virgin quality, food grade, 100% recycled and infinitely recyclable plastic.

“Loop’s patented depolymerisation technology enables waste plastic to be recycled an infinite number of times, with no degradation in quality. 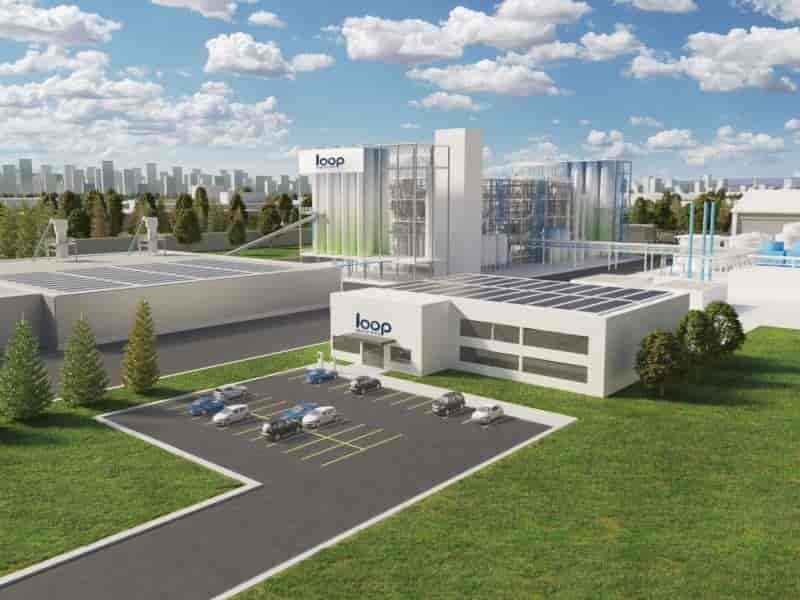 PolyQuest is adding 25 million pounds per year of processing capacity to its South Carolina pelletizing operation. Growth in customer RPET demand led to the investment.

Wilmington, N.C.-headquartered PolyQuest is adding a post-consumer PET processing line at its Darlington, S.C. recycling plant, growing its RPET capacity by at least a third, the company stated this month. Petrochemicals PETrecycled Bioplastic

PolyQuest currently has the annual capacity to process about 50 million pounds of PCR, material that is sold into virtually every PET end market. Customer demand has increased to the point that its post-consumer lines were running at full capacity and all the output was sold out, explained Tod Durst, president of PolyQuest, in an interview.

“The demand and interest in utilizing recycled resin back into the converters has done nothing but increase, driven by sustainability goals set by brand owners,” Durst said.

PolyQuest anticipates the new line will come on-line by the third quarter of 2021. 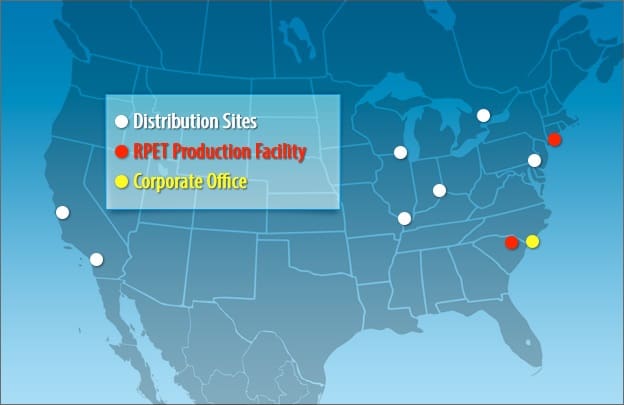 -In vitro toxicity of bioplastics and plant-based materials

In an article published on September 17, 2020, in the peer-reviewed journal Environment International, Lisa Zimmermann and colleagues from the Goethe University Frankfurt am Main, Germany, and Norwegian University of Science and Technology, Trondheim, Norway, reported on the assessment of in vitro toxicity and chemical composition of extracts of bioplastics and plant-based materials used in food contact.

The nova-Institute report commissioned by the Bio-based Industries Consortium (BIC) noted that the analysis of the 2017 Eurostat data shows that the turnover of the total bioeconomy*, including food and beverages and the primary sectors of agriculture and forestry, results in just over 2.4 trillion EUR in the EU-28, meaning an increase by 25% since 2008. Petrochemicals PETrecycled Bioplastic

Roughly half of the turnover is accounted for by the food and beverage sector, roughly 30% is contributed by the bio-based industries, such as bio-based chemicals and plastics, pharmaceuticals, paper and paper products, forest-based industries, textiles, biofuels and bioenergy. The remaining 20% is generated by the primary sectors – agriculture and forestry.

The report also indicated that the bio-based industries employ 3.6 million people in the EU-28. Figures for the bio-based chemical industry (including plastics) alone reveal a turnover of 60 billion EUR and an increase of the bio-based share to 15%, up from 7.5% in 2008. 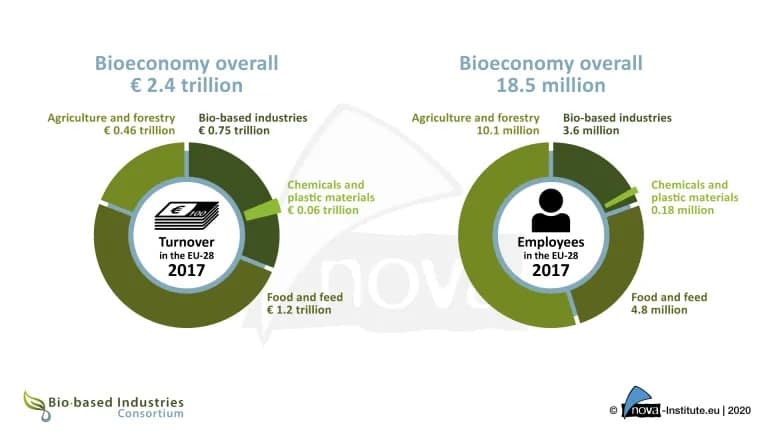 -Waste from packaging — plastic, vinyl and Styrofoam — is overwhelming the environment as delivery booms in the age of Covid-19

Calls are growing for eco-friendly alternatives, such as biodegradable plastic. In response, chemical and manufacturing firms have started to research the market for biodegradable plastics. Petrochemicals PETrecycled Bioplastic
According to Statistics Korea on Tuesday, the cumulative turnover for online food delivery in the January-July period was 8.66 trillion won ($7.43 billion), a 73.6 percent on-year increase.
Household waste from delivered goods, such as plastic and vinyl, has been rapidly mounting as well. The Ministry of Environment announced that a daily average of 850 tons of plastic waste was generated in the first half of the year, a 16 percent on-year increase. 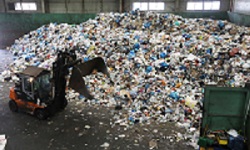