Srichakra Polyplast (Srichakra), India’s first food-grade quality plastic recycling company announced on 14 March 2022 that its recycled polyethylene terephthalate (rPET) has received a positive safety assessment from the European Food Safety Authority (EFSA). The announcement comes as the Food Safety and Standards Authority of India (FSSAI) is set to approve the use of rPET for food packaging, reducing the need for virgin plastics and paving the way for a circular economy for plastics in India.

EFSA evaluates the safety of substances used in food contact materials (FCM) including active and intelligent materials. The verdict from EFSA is predicated on an in-depth assessment of processes, with a focus on the suitability of the finished polymer product for packaging purposes. Bio-textile – Chemical-recycling – Hydrogen

The use of rPET in FCM has been heavily restricted in several Asian regions including India until recently. The move by Indian authorities signals a policy shift that will enable bottle-to-bottle recycling and will help build local circular supply chains.

With the aim of reducing, reusing, and recycling plastic waste, the India Plastics Pact was launched in September 2021 to bring together businesses, governments and NGOs and accelerate the transformation of the plastics value chain. Srichakra’s certification is a part of this ongoing movement, showcasing the company’s commitment to turn plastic waste from a scourge into a valuable resource. Srichakra’s EFSA approval comes just months after the company announced an investment of more than US$10 million (approximately Rs 76.45 crore) into its world-class technology to upgrade and expand recycling capabilities.

Ravindra Venkata, chief executive officer and co-founder of Srichakra, said, “As an organization, Srichakra is committed to offering the highest grade of recycled plastic to customers in India and international markets such as Europe and the United States. We are thrilled to receive positive EFSA’s positive scientific opinion which is considered as a global benchmark. We are well on our path to being the first facility in India to offer premium food-grade rPET to domestic and global markets. Moreover, FSSAI’s release of guidelines for acceptance of rPET for food applications in India is an exciting development and we are looking forward to contributing to building circular supply chains in India.” Bio-textile – Chemical-recycling – Hydrogen 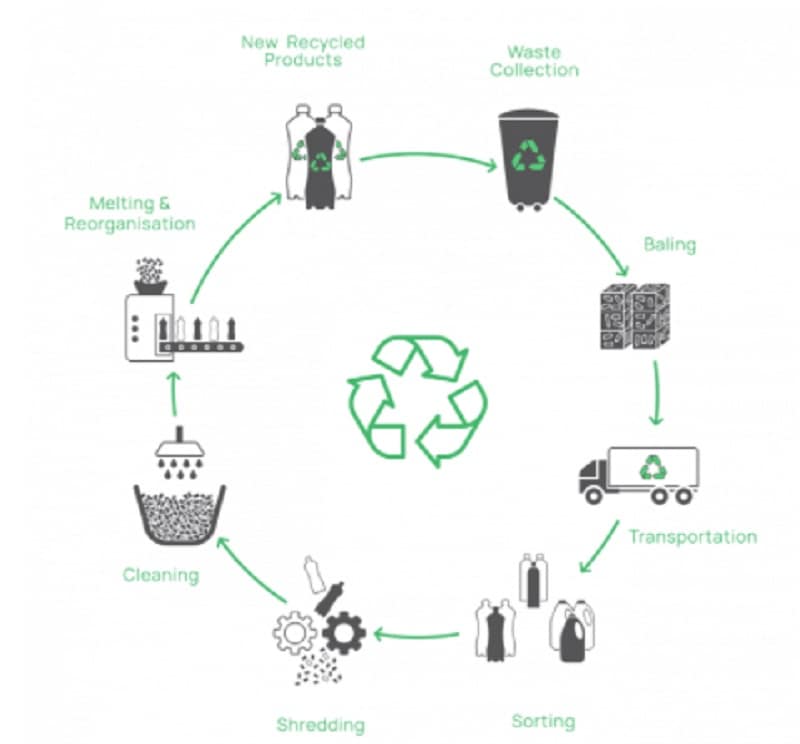 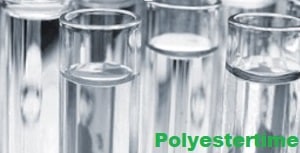 On the occasion of World Recycling Day, zoom in on chemical recycling. A sector in full expansion, but which requires increased investments in order to develop further. But for the government, the priority is not recycling but reuse, which environmental players deplore. Bio-textile – Chemical-recycling – Hydrogen

On the occasion of World Recycling Day, zoom in on chemical recycling.

A sector in full expansion, but which requires increased investments in order to develop further.

But for the government, the priority is not recycling but reuse, which environmental players deplore.

What is chemical recycling?

Thanks to this technique, all of the plastic material can be recovered.

A sector in full expansion.

“There are many announcements that have been made by American industrialists or by Total by 2024”, explains researcher Stéphane Bruzaud.

“But it’s true that it’s immediate profitability that’s at stake. You first have to invest tens of millions of euros.

There’s an initial investment which is heavy, which is very heavy and cannot only be profitable over a relatively long period of time.” Bio-textile – Chemical-recycling – Hydrogen 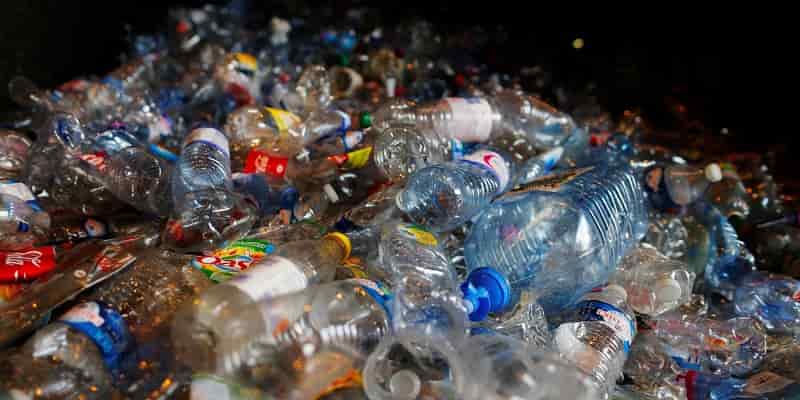 Polybion, a Mexican company that grows biomaterials for industrial applications, is set to scale up production at its bacterial cellulose facility after closing a US$4.4m Series A funding round led by Blue Horizon. At maximum capacity, the company’s solar-powered manufacturing facility, the world’s first bacterial cellulose bio-manufacturing facility, will produce 1,100,000ft2  per annum of the company’s proprietary biotextile, Celium. Bio-textile – Chemical-recycling – Hydrogen

“Scaling the production of Celium, a sustainable alternative to animal-based textiles and petroleum-derived synthetics, is a huge step on Polybion’s mission to bring performance and possibility to 21st-century designers and materials engineers,” said Axel Gómez-Ortigoza, co-founder and chief executive officer, Polybion. “We are excited to partner with Blue Horizon, as we share a common vision on accelerating sustainability and the circular economy. In addition, having Blue Horizon as a partner allows us to scale new initiatives to build our brand and network.”

Polybion was founded in 2015 by Mexican brothers Axel and Alexis Gómez-Ortigoza and Bárbara González Rolón. Together, they developed the tools and technology to grow high-performance bio-assembled materials by upcycling agro-industrial food waste and harnessing living organisms such as bacteria. Leveraging waste as raw material and designing, producing and finishing products under the same roof are the north stars in Polybion’s long-term strategy. Bio-textile – Chemical-recycling – Hydrogen

The proposed project is in response to Russia’s threat that it may shutter its main Nord Stream gas pipeline to Germany. Bio-textile – Chemical-recycling – Hydrogen

Germany and Norway are considering options to build a hydrogen pipeline to reduce their reliance on Russia for energy supplies in the wake of Moscow’s invasion of Ukraine, reported Bloomberg News.

The move is said to be in response to a recent threat from Russia stating that it could consider closing the main Russia-Germany gas pipeline, if the Western governments cut energy supplies from the country. Bio-textile – Chemical-recycling – Hydrogen

As part of the plan, Germany and Norway will undertake a feasibility study on the proposed pipeline project, the countries said, following a meeting between German Economy Minister Robert Habeck, and Norwegian Prime Minister Jonas Gahr Store.

The pipeline will be designed to transport green hydrogen from Norway to Germany.

Germany and Norway were cited by the publication as saying, in a joint statement: “Over the coming months and years, it will be extremely important to speed up the development of alternative energy sources for Europe as substitutes for Russian gas and oil, and to develop the necessary infrastructure for this.” 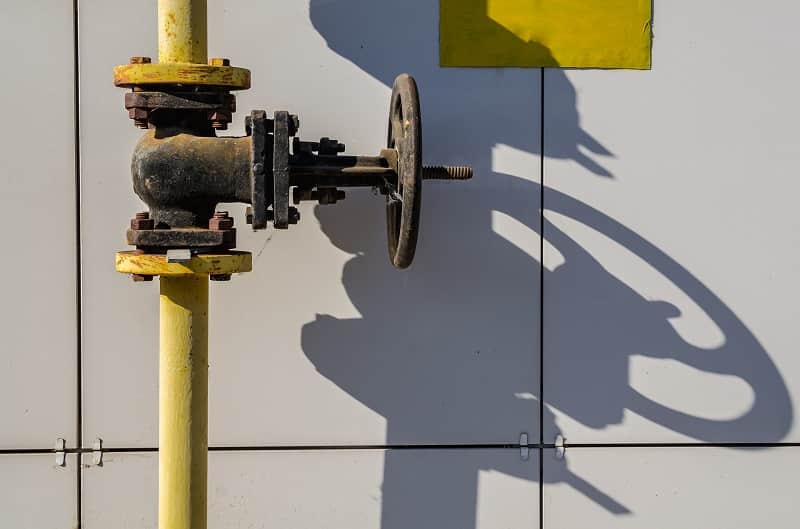 The state-owned oil giant Saudi Aramco plans to sharply increase the amount it invests in energy production, after it reported a doubling of profits in 2021.

The firm aims to boost output significantly over the next five years.

Energy prices have soared in recent months as demand has outstripped supplies of oil and gas. Bio-textile – Chemical-recycling – Hydrogen

The war in Ukraine and a reluctance to rely on Russia for energy has added to the pressure to find additional sources of energy.

Saudi Aramco’s move is likely to be welcomed by political leaders worried about the impact of high energy prices, although the boost to investment is aimed at increasing output over the course of the next five to eight years.

Saudi Arabia is the largest producer in the oil cartel Opec (Organization of the Petroleum Exporting Countries) and by raising production it could help to reduce energy prices which are currently at 14-year highs.

However, the country has been condemned for a range of human rights abuses: its involvement in the conflict in neighbouring Yemen, the murder in 2018 of journalist Jamal Khashoggi, for jailing dissidents and for widespread use of capital punishment.

The Labour Party accused the government of going “cap in hand” from one dictator to another to tackle the energy crisis. Bio-textile – Chemical-recycling – Hydrogen 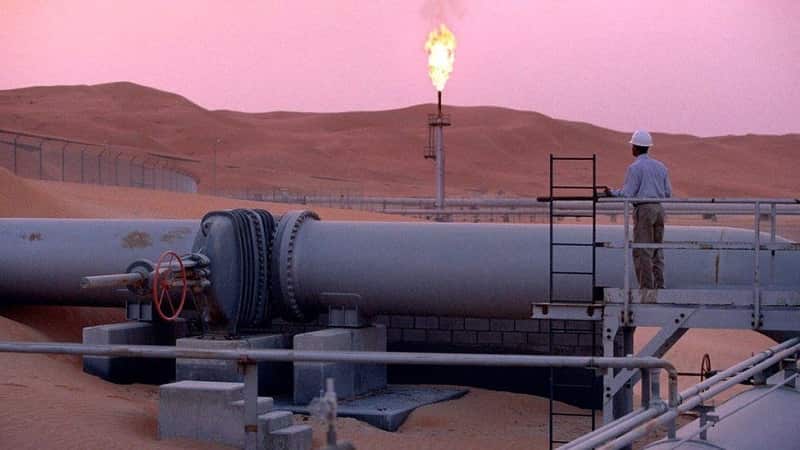