Peer-reviewed study by nova-Institute of Avantium’s PEF would result in significant reductions in greenhouse gas emissions. 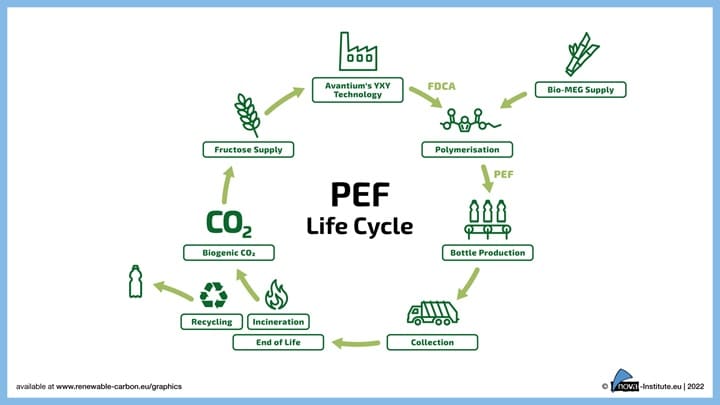 Within the last couple of years, we have reported on the progress made by Amsterdam-based technology company in renewable chemistry Avantium with its plant -based PEF (polyethylene furanoate). This year alone, we reported on the company’s plans to start-up the world’s first commercial FDCA (2,5-furandicarboxylic acid), the main building block of PEF, in 2024. We also reported that the company has signed offtake agreements with both the global brewery group Carlsburg and the Brazilian brewing company AmBev for the securing of fixed volumes of PEF produced by the new plant.

More recently, the nova-Institute conducted a peer-reviewed Life Cycle Assessment (LCA) of PEF applications within the framework of the European PEFerence project.

The study demonstrated that the use of 100 % renewable carbon in PEF instead of fossil carbon in PET for producing 250 ml and 500 ml bottles would result in significant reductions in greenhouse gas (GHG) emissions. Plant-based carbon has a net-neutral impact on the CO2 concentration in the atmosphere. In contrast to this, materials and polymers based on fossil carbon from underground, release additional CO2 into the atmosphere. Biobased-PEF – PP-Bottle – Techtextil

Avantium’s YXY technology converts plant-based sugars into a fully recyclable polymer. The new 100 % bio-based polymer, PEF has been shown to have superior performance properties compared to PET. Its main building block FDCA can be produced from sugars (fructose), for example from wheat, corn and sugar beet. FDCA is polymerized with plant-based MEG (mono-ethylene glycol) to make a 100 % plant-based PEF polymer. When fully technologically developed, PEF can also be produced from cellulose and thus from agricultural and forestry waste streams. Avantium’s current process utilizes starch from European wheat.

PEF has enhanced barrier properties compared to PET, it is mechanically and chemically recyclable and can also be recycled within the established PET recycling. PEF has a 53.6 F/12 C higher heat resistance than PET, a 60 % higher modulus and greater strength than PET. This allows the developing of lightweight packaging from PEF with lower resource requirements. Avantium has already implemented this innovative, plant-based packaging material on a pilot scale and recently started the construction of a 11 million lb/yr FDCA flagship plant in Delfzijl (the Netherlands). The nova-Institute’s peer-reviewed full cradle-to-grave LCA conducted according to the ISO standards 14040/44 indicates a significant reduction potential in greenhouse gas emissions and use of fossil resources of PEF compared to PET.

A critical peer-review of the study, including experts of LCA methodology and incumbent packaging solutions, verified that the LCA met the requirements for methodology, data, interpretation, and reporting. The LCA evaluated 16 different impact categories covering all relevant life cycle stages from cradle-to-grave. The comparative analysis showed that PEF bottles would result in significant Institute for Ecology and Innovation 2 reductions in greenhouse gas emissions (-33 %) compared to reference PET bottles. 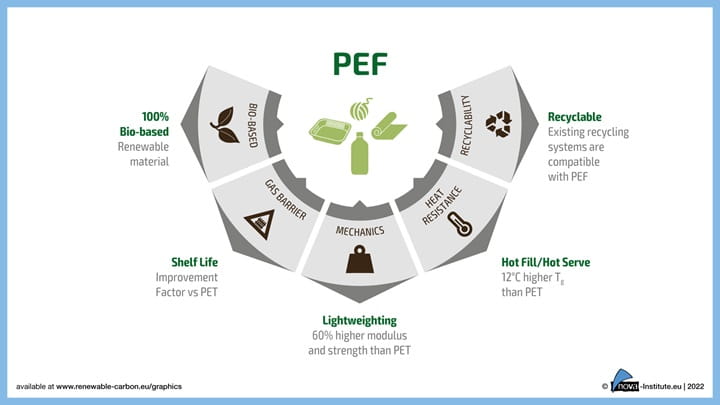 Sinochem International, a leading company in the chemical sector in China, inaugurated its new compounding factory in Yangzhou on 18/8/22, said the company.

In terms of ABS, we forecast a vigorous development in China of home appliances, electronic devices, automobiles and other relevant markets, with special focus on the mid and high-end market requirements”. Biobased-PEF – PP-Bottle – Techtextil

The new plant is located in the Yizheng Chemical Industrial Park, Yangzhou, and it is planned to build an annual capacity of 56,000 tons of ABS and PC modified materials in two phases. The plant will be operated by Sinochem Engineering Plastics (Yangzhou) Co., LTD., a wholly-owned subsidiary of Sinochem International Corporation.

The first phase of the project, which has just started its operations, has an annual capacity of 24,000 tons of ABS and modified materials. The second phase, with a capacity of 32,000 tons, is scheduled to start production in 2023.

ELIX, headquartered in Spain, has more than 45 years of experience in the ABS business, with a strong market share in the European specialty ABS market. ELIX Polymers is an ABS and blends producer, well known and recognised as a benchmark in European and American markets. ELIX offers specialised and innovative solutions with best-in-class services across different industries such as automotive, healthcare, consumer goods, appliances, electro & electronics and toys.

The operation of the Yangzhou new factory is a relevant step forward in increasing ELIX’s global footprint, supporting its growth in the China market. Local production of ABS, PC/ABS and PC blends through Sinochem Engineering Plastics under ELIX brand, will enable the plant to serve the China market locally with innovative, high-quality, customised and sustainable products and services. 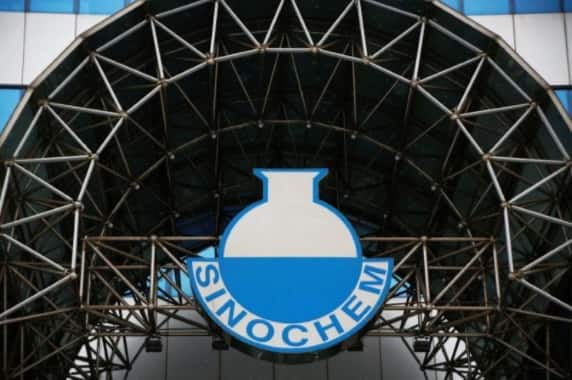 Following their merger, Freudenberg Performance Materials, Low & Bonar, Mehler Texnologies and Filc will be presenting innovative solutions at a joint stand for the first time at this year’s Techtextil exhibition from June 21-24  in Frankfurt (Hall 12.1, stand C51).

The focus is on sustainability and among highlights are Evolon RE, a microfilament textile for a wide variety of applications and markets, Filflex, a sustainable padding material for car seat covers, and the Polymar 8556 Eco CF truck tarpaulin.

Evolon RE is a more sustainable version of the company’s high-performance microfilament nonwoven. It is manufactured from an average of 70% recycled polyester which the company makes by recycling post-consumer PET bottles in-house and available for various applications including technical packaging in weights currently ranging from 80-300gsm.

For high-tech wiping, lightweight Evolon RE is now available starting from a weight of 30gsm. Biobased-PEF – PP-Bottle – Techtextil

Mehler’s Polymar 8556 Eco CF tarpaulin material provides both protection of the cargo and advertising for the transport company via graphics. The material has a 25% share of recycled raw materials in its coating mass and is made with 100% recycled polyester yarns.

Filflex is a soft and flexible padding layer made from nonwovens for automotive and furniture seat covers. It prevents leather from creasing and improves the dimensional stability of seat covers. 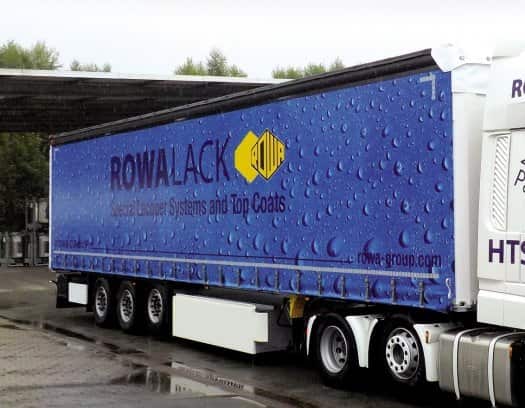 The latest innovations can significantly reduce CO2 emissions from cracking heaters at ethylene plants as well as other fired heaters.

“Lummus is committed to decarbonizing our entire technology portfolio, and these advancements underscore the continued progress we are making in meeting our commitments,” said Leon de Bruyn, President and Chief Executive Officer of Lummus Technology. “This announcement builds on Lummus’ recent launch of the industry’s first net zero ethane cracker, plus other innovations, that will help operators and producers lower emissions from their investments.” Biobased-PEF – PP-Bottle – Techtextil

Now available for commercial use, the LEAP technology can be applied to both new and existing heaters to help decarbonize some of the most carbon intensive petrochemical manufacturing processes.

For more than half a century, Lummus has designed and supplied a wide range of fired heaters and heat exchangers for the petrochemical and refining industries, which include refinery heaters, steam superheaters, heaters for delayed coking units and steam reformers, and SRT® (short residence time) pyrolysis heaters for ethylene production. 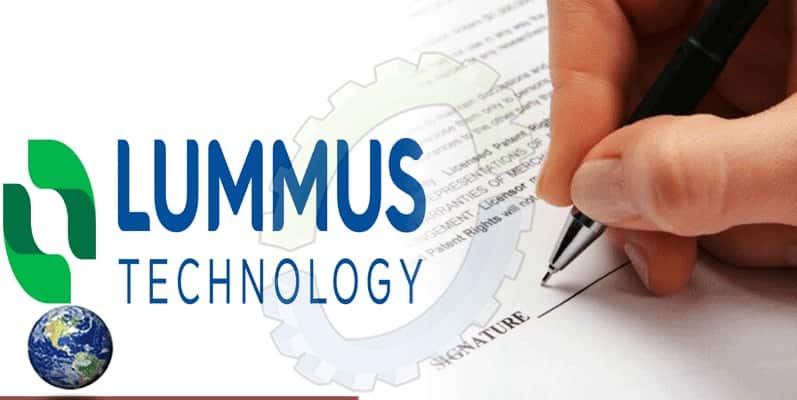 -Focus on high-performance in Shanghai

China has remained the number one destination for textile machinery worldwide.

Monforts will highlight its technologies for special technical textile applications at this year’s ITMA ASIA + CITME which takes place at the National Exhibition and Convention Center in Shanghai, China, from November 20-24.

From its headquarters in Mönchengladbach, Germany – home also to the Advanced Technology Center which offers customers and potential customers the opportunity to carry out extensive trials in real production conditions – to its Montex factory in St Stephan, Austria, where special machines have been manufactured for more than 35 years, Monforts continues to stake its reputation on a commitment to being always helpful, accurate, fast and reliable. Biobased-PEF – PP-Bottle – Techtextil

“Diversification is the key in today’s competitive textile market and we can provide modern and future-oriented range configurations and technologies from a single source to allow our customers to produce unique and highly-differentiated new products,” says Gunnar Meyer, Monforts area sales manager for China.

One special development is the Montex 8500 XXL stenter system for the production of technical fabrics in widths of up to 6.8 metres. Among the products made on this system are treated nonwovens for the geotextiles and filter media markets, tarpaulins, advertising banners, black-out curtains, membranes and many more. 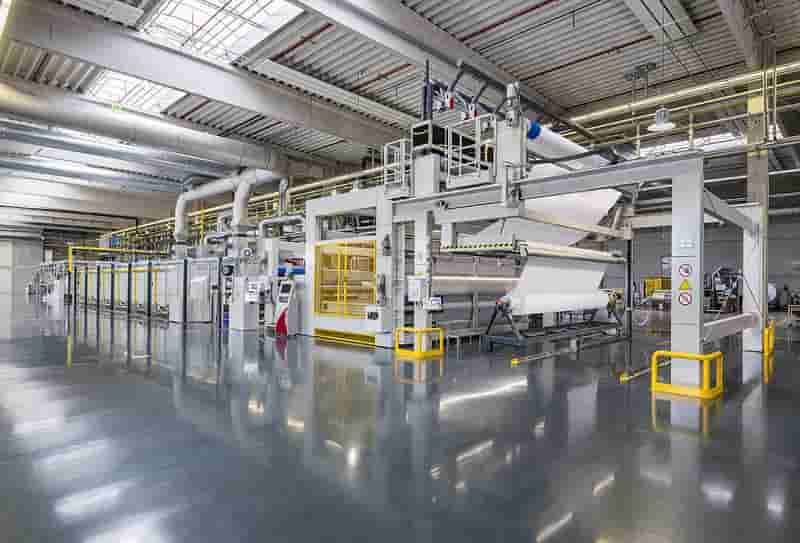 Borealis is showing next month at the K 2022 show in Düsseldorf a three-layer coextrusion blow molded bottle made from Bornewables PP derived solely from waste and residue streams such as byproducts of vegetable oil production and waste cooking oil. The bottle has a green solid outer layer and white solid inner layer. In between is a microcellular foam layer produced with MuCell technology from Trexel, which recently acquired rights to pursue extrusion blow molding applications in packaging and other markets beyond its original foothold in automotive (see September Starting Up). Foaming offers lightweighting and energy savings, Borealis notes, and the foamed bottles are fully recyclable.

The first-of-its-kind material is highly effective at neutralizing viruses such as COVID-19, is cheap to produce, and can be easily scaled.

A self-sterilizing low-density polyethylene (LDPE) film containing nanoparticles of titanium dioxide kills viruses, such as COVID-19, when exposed to an ordinary light source. The first-of-its-kind material costs little to produce, can be easily scaled, and could be used for disposable aprons, tablecloths, and curtains in hospitals.

The thin coating absorbs UV light and produces reactive oxygen species (ROS), which kill viruses, said researchers at Queen’s University Belfast. The technology used to create the film also ensures it is degradable, unlike the current disposable plastic films it would replace, added the scientists.

They claim that the breakthrough could lead to a significant reduction in the transmission of viruses in healthcare environments. “This film could replace many of the disposable plastic films used in the healthcare industry, as it has the added value of being self-sterilizing at no real extra cost,” said Professor Andrew Mills. “Through rigorous testing we have found that it is effective at killing viruses with just room light — this is the first time that anything like this has been developed and we hope that it will be a huge benefit to society.”  Biobased-PEF – PP-Bottle – Techtextil

Other applications where extruded plastic film is used, such as food production, may also benefit, according to the researchers.

The self-sterilizing plastic film was tested for anti-viral activity against four different viruses — two strains of influenza A virus, a highly-stable picornavirus called EMCV, and SARS2. The film was exposed either to UVA radiation or light from a cool white light fluorescent lamp. The researchers found that the film is effective at killing all of the viruses, even in a room lit with just white fluorescent tubes.

In controlled laboratory conditions, about one million virus particles were placed on the self-sterilizing plastic, far more than would be needed to start an infection, said the BBC in its reporting on the research. “It goes from one million viruses down to nothing, and we can see an effect in less than one hour and maximum death in two hours,” Dr Connor Bamford of the school of medicine at Queen’s University Belfast told the BBC. 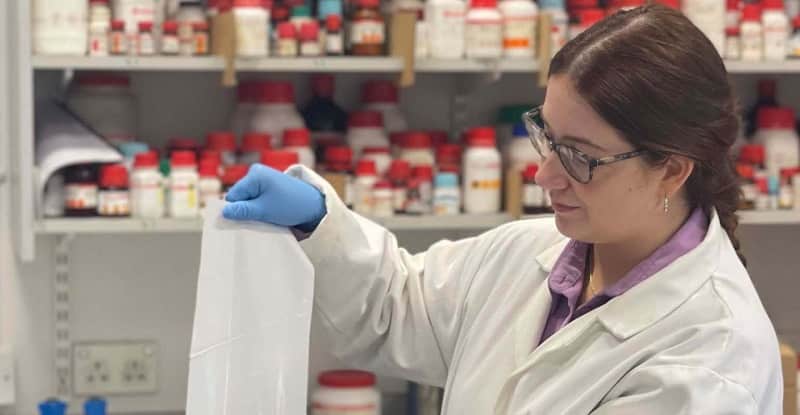 The continuous polycondensation line will sit next to Koksan’s two existing PET resin production lines, located in Gaziantep. The company will use glycolysis to turn PET into bis-hydroxyethyl terephthalate monomer (BHET), which then be turned into high-viscosity polymer to make recycled PET (R-PET).

The R-PET will be mixed with virgin PET on an 50/50 basis to produce preforms for use in the bottling sector.  Biobased-PEF – PP-Bottle – Techtextil

PET polymers are created by ester linkages between monomers. In glycolysis, a transesterification catalyst is used to break the ester linkages, which are replaced by hydroxyl terminals. This produces BHET and PET glycozates. These can be reacted with aliphatic diacids to make, amongst other things, polyester polyols, which are in turn used in polyurethane (PU) foams. 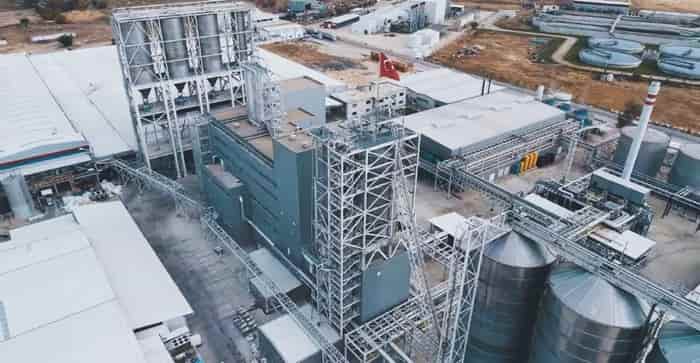