Under the agreement, BASF will provide its recently launched IrgaCycle™ additive solutions along with technical consultancy and support for recycled polymer formulations conducted at BASF’s test facilities.

“Our goal is to help deliver higher quality, safer and more effective products while supporting the plastic circular economy and helping reduce the use of virgin plastic material,” says Hermann Althoff, Senior Vice President, Performance Chemicals Asia Pacific. “In this way, we support our customers and partners to achieve their sustainability targets and create sustainable innovations together.”

“We wanted to partner with a world-class manufacturer of plastic additives like BASF to improve the quality of our recyclates,” says Shirley Wu, General Manager, REEF. “With its in-depth expertise in plastic additives, BASF supports us in this core area by improving the processing and long-term stability of highly contaminated recycled plastic fractions.”  Chemical-recycling – Automotive-manufacturers 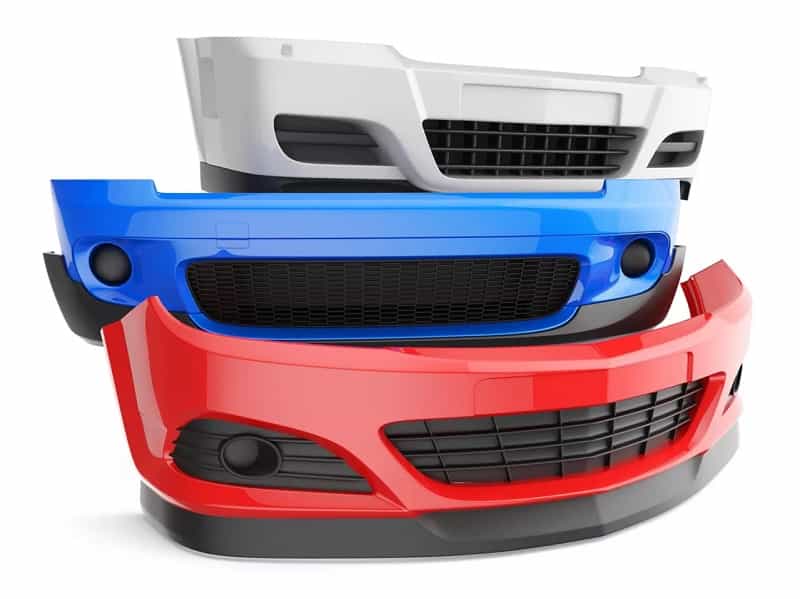 -The NEOREC Project: A second life for difficult materials

The European Tyre and Rubber Manufacturers Association (ETRMA) estimates that up to four million tonnes of end-of-life tyres are generated each year in Europe, and Spain alone accounts for 300,000 tonnes.

Most of the polyurethane foam from the automotive industry, mattresses and similar products is landfilled, not to mention other difficult-to-recycle plastic waste such as wire waste. According to Plastics Europe, more than 6.5 million tonnes of plastic are sent to landfills each year. Chemical-recycling – Automotive-manufacturers

AIMPLAS, as part of the NEOREC Project, is developing advanced chemical and mechanical recycling solutions to prevent this complex waste being sent to landfill by using it to obtain industrial materials and substances.

Chemical recycling processes such as anaerobic degradation are being studied and developed in order to isolate and select micro-organisms that anaerobically biodegrade biopolymers faster than conventional organisms. The endgame is to establish a faster, more efficient recycling process.

Work is also being done to use partial chain-breaking processes to obtain plastics with the same initial specifications.  Chemical-recycling – Automotive-manufacturers

Chemical Recycling Group Leader Eva Verdejo said “the goals is to reduce the consumption of resources by reintroducing high value-added materials back into the value chain and generating products and by-products that can be used in the plastics industry, thus minimising the environmental impact of waste accumulation”. 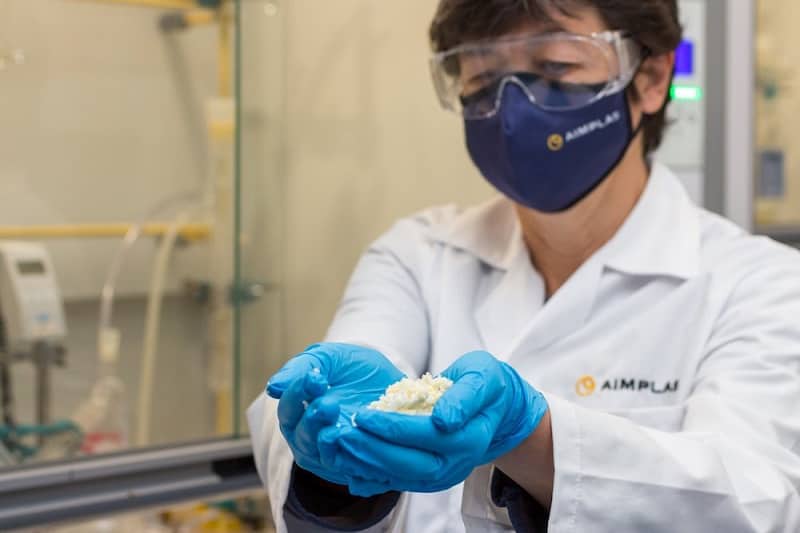 Plastic Omnium, the world leader in exterior systems, is putting into service a 2,700-tonne dual-compound press at ∑-Sigmatech, its dedicated exterior component research and development center located near Lyon in France.

Plastic Omnium will use the new equipment to work with automotive manufacturers on designing, proposing and approving exterior body components that innovate in terms of their dimensions, aesthetics and integrated functions

The press is designed to allow two materials to be injected simultaneously, making it possible to produce parts with larger transparent surfaces than current products.

This opens new possibilities for automotive manufacturers that are looking for ways to integrate lighting and sensors into exterior body parts.

Offering optical and electromagnetic transparency with freedom of design, these new systems cover the total width of a vehicle and will boost Plastic Omnium’s position in the fast-growing market for electric and connected vehicles.

The installation represents an investment of over €3 million for the press and associated finishing equipment (painting, decorating and assembling).

Plastic Omnium’s investment was partly covered by a subsidy as part of the Innovative Materials and Design for Intelligent Body Panels project supported by BPI, the French public investment bank. Chemical-recycling – Automotive-manufacturers

For this new facility, Plastic Omnium partnered with ARaymond, the global provider of fastening and assembly solutions, and Cetim, a mechanical industry technical center.

A new trend study has been compiled by ecoprog GmbH, a consulting company in environmental and energy technology with the aim of providing insight into the current state of affairs in chemical recycling. Chemical-recycling – Automotive-manufacturers

Chemical recycling is one of the most divisive issues in waste management today. Supporters of the technology are quick to point to its benefits: the ability to recycle formerly ‘unrecyclable’ plastics without downcycling, hence solving both a waste and feedstock problem in one go

Detractors of the technology, however, are highly critical of the high CO2 emissions it involves. They argue that waste streams are being diverted from a more climate-friendly mechanical recycling process and that in many cases, there is no ‘recycling’, just incineration in disguise.

Now, in an attempt to provide more clarification, ecoprog has produced an in-depth look at the global market for chemical recycling – with the following results.

The report found that at the end of 2021, more than 90 projects for the chemical recycling of plastics were in various stages of development worldwide; more than 20 plants were in operation.  Chemical-recycling – Automotive-manufacturers

The majority, however, had not yet reached the stage where they could be qualified as final commercial plants, but mainly served for further research of this technology.

Yet it became apparent that the planning of chemical recycling plants is booming, with worldwide, more than 90 projects planned at the end of 2021, of which the lion’s share in Europe.

The most important driver of the currently so dynamic market development is the potential of chemical recycling in plastics production, combined with possible recyclable quotas. On the positive side, there is speculation that chemical recycling will soon be recognised in the waste hierarchy. The newly elected German coalition government has already indicated a willingness to do so. 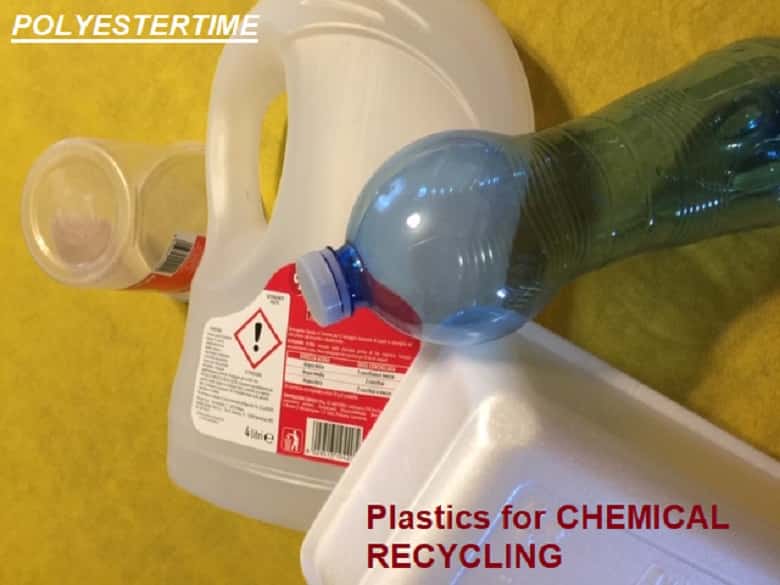 Researchers have now designed a system that uses sunlight to drive the catalytic breakdown of this common plastic into valuable monomers (Matter 2022, DOI: 10.1016/j.matt.2022.02.002). Chemical-recycling – Automotive-manufacturers

The solar method should save 3.7 gigajoules of energy and 0.4 metric ton of carbon emissions for each ton of recycled PET compared with conventional catalytic methods, Soochow University chemist Jinxing Chen says.

For their solar-driven upcycling method, Chen and his colleagues relied on two photothermal materials—carbon nanotubes and polydopamine—which absorb sunlight to produce heat locally.

The researchers coated the nanotubes with polydopamine, then suspended them in ethylene glycol along with an ionic liquid catalyst.

They added flakes of PET to this mix and placed it in the sun, which caused the photothermal composite to heat up to 150 °C. 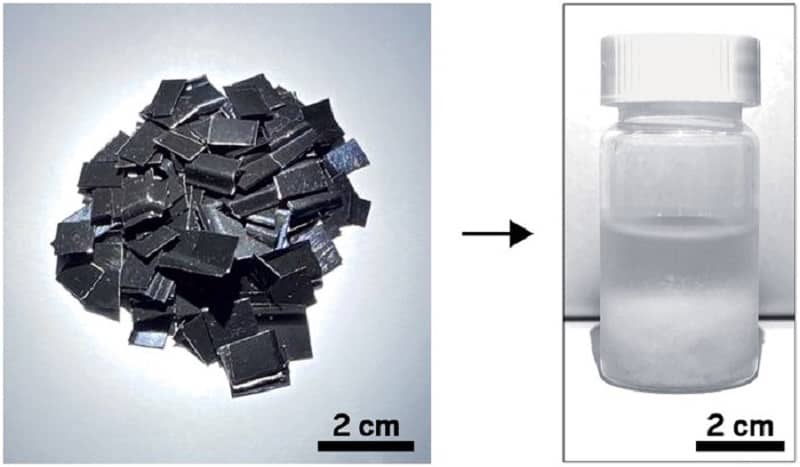 The Australian government has announced an additional investment of $60 million in the Recycling Modernisation Fund, bringing the total investment to $250 million.

The fund will focus on advanced plastic recycling technology and tac

“This new funding stream, dedicated to helping solve the problem of hard to recycle plastic waste, demonstrates our determination to invest in Australian industry, to grow the recycling sector and to create a stronger economy and stronger future for Australia,” said Scott Morrison, Prime Minister.

Major grocery and food manufacturers, such as Arnott’s, Unilever, Mars Wrigley and others along with the Australian Food and Grocery Council (AFGC), also welcomed the announcement.

AFGC CEO Tanya Barden said that the grocery and manufacturing industry is committed to creating an effective and sustainable circular economy for plastic packaging.

“Our industry understands that we must maximise recycling to reduce the use of virgin plastics, build Australia’s advanced recycling capabilities and avoid harmful effects on the environment.” 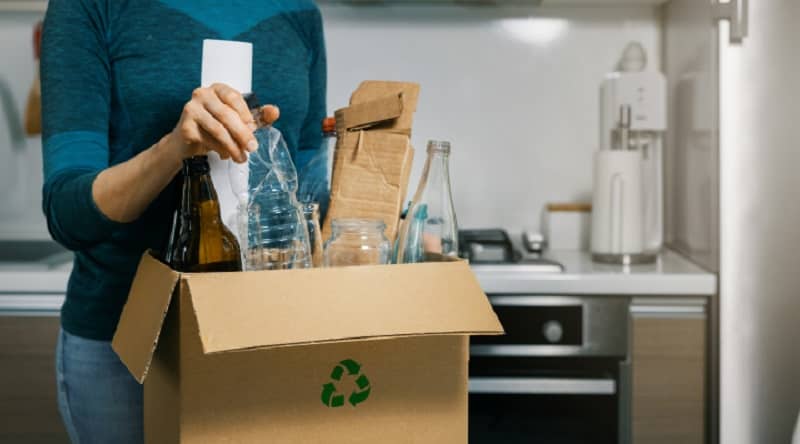