-LyondellBasell mulls chem recycling among options for US refinery

Chemical recycling is among the options that LyondellBasell is considering for its Houston refinery in Texas, where it plans to end operations by the end of 2023, the interim CEO said on Friday.

“The site’s unique location provides LyondellBasell with valuable options for future growth, including further development of our circular business,” said Ken Lane, interim CEO. He made his comments during an earnings conference call.

The refinery has good pipeline connections with the company’s cracker in Channelview, Texas, Lane said.

“If you think about circularity and some of the feedstocks that we would be using, a lot of those pyrolysis oils do need some hydrotreating and things like that,” Lane said.

A cracker could then convert that pyrolysis oil into ethylene and propylene, the raw materials for the plastics polyethylene (PE) and polypropylene (PP).

The process relies on a catalyst that provides selectivity to process the waste plastics into a pyrolysis oil closer to naphtha.

LyondellBasell’s Channelview operations can crack naphtha and they are connected to the Houston refinery by pipeline.

Earlier this year, the company was trying to decide how big it should build a commercial-scale plant using its MoReTec technology.

LyondellBasell has not said whether it is considering a MoReTec plant at the refinery site. Nor has it discussed other options for the refinery. 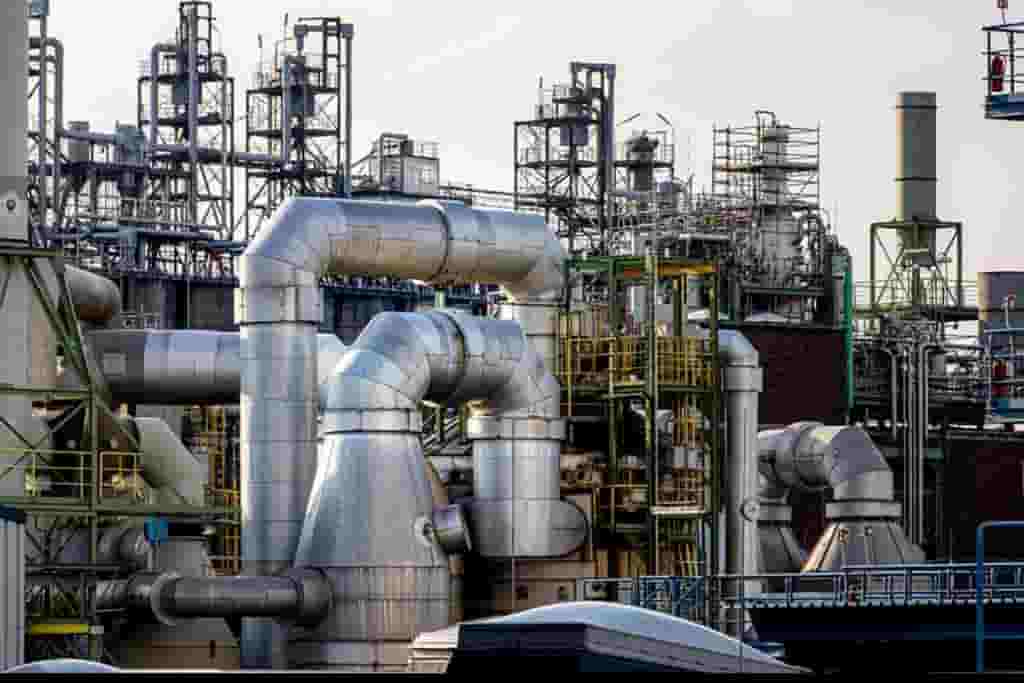 Although the non-textile sector has developed rapidly in recent years, the demand for nylon 6 chip in the textile sector still accounts for more than 50%, which is the largest proportion among all downstream sectors. However, the corresponding nylon 6 high-speed spinning chip (HS chip) market has an extensively lower sense of existence in the market fluctuations of nylon industrial chain, especially this year, as it is almost close to the “concealed” state. Chemical-recycling – Nylon6-chip

There are several features in the development of nylon 6 HS chip capacity in the past few years:

Contract is still dominating HS chip market in 2022. In 2021, the low CPL nomination and high settlement made downstream textile filament factories very passive. However, as new HS chip capacities are limited, and a number of bright and semi-dull HS chip lines have switched to produce dull HS chips. Thus supply of semi-dull HS chip (which used to be the largest sector in HS chip market) is tightening. Under this condition, filament plants, who have intended to cancel contract trading, continue to sign contract with HS chip plants.

Spot price for medium-high-grade semi-dull HS chip has no advantage over contract. Due to tight supply of the higher-end semi-dull HS chip in 2022, those chip sellers just symbolically offered to the spot market, and adjusted according to CPL contract nomination. For dull-grade HS chip, which is already in surplus this year, downstream filament plants need the contract with fixed suppliers to nail their product quality, so the market is still contract based. There is few dull chip suppliers offering low prices. In general, the presence of spot prices for higher-end HS chip is very low at present. Chemical-recycling – Nylon6-chip

Recently, with the gradual dredging of domestic traffic and logistics, the transportation and delivery speed of raw materials and PET bottle chip have also improved. As of April 20, the average O/R of domestic PET bottle chip factories had risen to around 84.5% (around 94.1% based on a design capacity of 11.71 million tons), which had recovered most of the O/R cut caused by the epidemic. Calculated on design capacity of 11.71 million tons, O/R of China PET bottle chip plants is expected to lift further to 100% around end April-early May.

Although the recovery of the supply side is relatively fast, the O/R of downstream factories in many parts of the country is still poor, affected by the regional control caused by the epidemic, which is prevailingly lower than that of the same period in previous years. However, in areas where the epidemic is relatively stable, downstream and bottle chip factories operation are relatively normal, and most of which are preparing for the peak season. Chemical-recycling – Nylon6-chip

So far as we know, operating rate of major beverage factories stands around 60-70% in the first half of April. At present, only about half of the beverage factories are in full run. Running rate of sheet factories in eastern China once dropped to 30-50%. Some factories said that if the follow-up orders failed to keep up, they might consider suspending production for a period of time. O/R of PET sheet industry in South China is around 50-60%. As for the edible oil plants, the average running rate is about 50% at present, and is still declining in some areas that are affected by the epidemic. With the relief of traffic congestion, operating rate of downstream factories is expected to rise one after another at the end of April and the beginning of May.

According to the Food and Agriculture Organization of the United Nations (FAO), global food prices have been increasing at unprecedented rates since November 2021. These increases have been caused by repressed demand for goods, increases in fuel prices, and increases in the costs of agricultural supplies.

Vulnerable groups, who had already been spending most of their meagre incomes on food, immediately felt the impact of these increases. And with costs of heating also reaching unprecedented levels, many families who had just been getting by until recently have been forced to make difficult trade-offs – between heating the house and buying basic supplies, putting food on the table and paying the bus fare to get to work Chemical-recycling – Nylon6-chip

Social assistance programmes proved invaluable across the world to help people cope with these shocks. However, it is important to acknowledge that such programmes do not function equally well in every country, and even where they do, they serve only to soften the impacts of these shocks – they do little if anything to eliminate the actual sources of vulnerability.

And amid this devastation and chaos, Russia moved to invade Ukraine. Now, the war at the heart of Europe is adding fuel to the fire and pushing the world further into crisis.

As Russia and Ukraine are important suppliers of cereals, energy sources (gas and fuel), and agricultural supplies, the disruptions brought by war will further increase the costs of living and of basic staples, putting 280 million people across the world at risk of starvation. These disruptions have already affected prices and led to turmoil in many countries:

The rise in inflation is expected to be one of the leading factors that decide the result of the US midterm elections. The deepening cost of living crisis was a focal point in the recent French elections, and helped far-right leader Marine Le Pen come closer to clinching the presidency than ever before. Turmoil related to rising prices has already been observed in Peru, Indonesia, Pakistan and Sri Lanka.

The situation will only get worse in the coming months. It will become more and more costly for countries to secure staple products in the international markets. As the risk of economic defaults increases, the financial space for governments to respond to the needs of their citizens will become more constrained – and the most vulnerable will suffer even more.

We are not talking about a crisis that will come and go in a matter of weeks or months. For example, growing extra crops to cover the gap in supply created by the war in Ukraine will take at least six months.

The same is true for the lost fertiliser supply. It will also take time for the energy industry to adapt itself to the new dynamics – while theoretically the oil output can be swiftly increased, the environmental consequences of such a move would also need to be considered. Chemical-recycling – Nylon6-chip

This perfect storm will hit us like nothing that came before it if we do not act now. 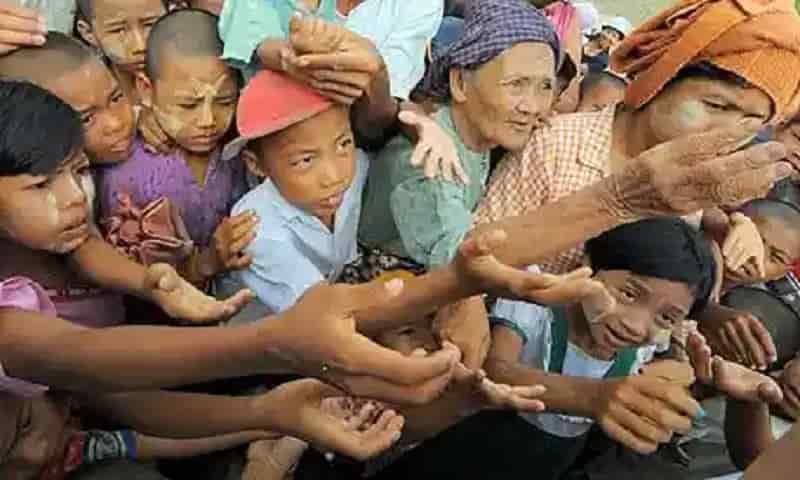 As state legislative fights over chemical recycling pick up around the country, new polling from the American Chemistry Council suggests strong public support among voters in the key battleground of New York. Chemical-recycling – Nylon6-chip

Ahead of an industry push to pass legislation in the Empire State, ACC released a public opinion poll of 1,000 registered voters on April 27 that said 80 percent back laws to make it easier to build chemical recycling plants in the state.

“This poll … makes clear advanced recycling has massive political support from voters all across New York,” said Joshua Baca, ACC’s vice president of plastics, using the term for chemical recycling favored by some in the industry.

However, environmental groups that oppose it questioned the poll, and one predicted the industry-backed legislation will not be able to pass in New York before lawmakers adjourn in early June.

“Had the American Chemistry Council worded their question accurately, we believe they would have gotten very different results,” said Judith Enck, president of Beyond Plastics and a former regional administrator at the Environmental Protection Agency. “The plastics industry is attempting to mislead the public again with claims about the promise of ‘chemical recycling’ or ‘advanced recycling’ as a viable way to deal with plastics.”

There’s some evidence in the poll that points to public skepticism in line with the environmental groups, including concerns around economic viability and pollution. But ACC says the detailed poll results point to support being stronger than opposition in voters’ minds. Chemical-recycling – Nylon6-chip

The ACC poll comes as New York, New Jersey and several New England states are considering legislation that would change laws to regulate chemical recycling as manufacturing plants, rather than as solid waste operations. Eighteen states around the country have passed similar laws, including four this year. 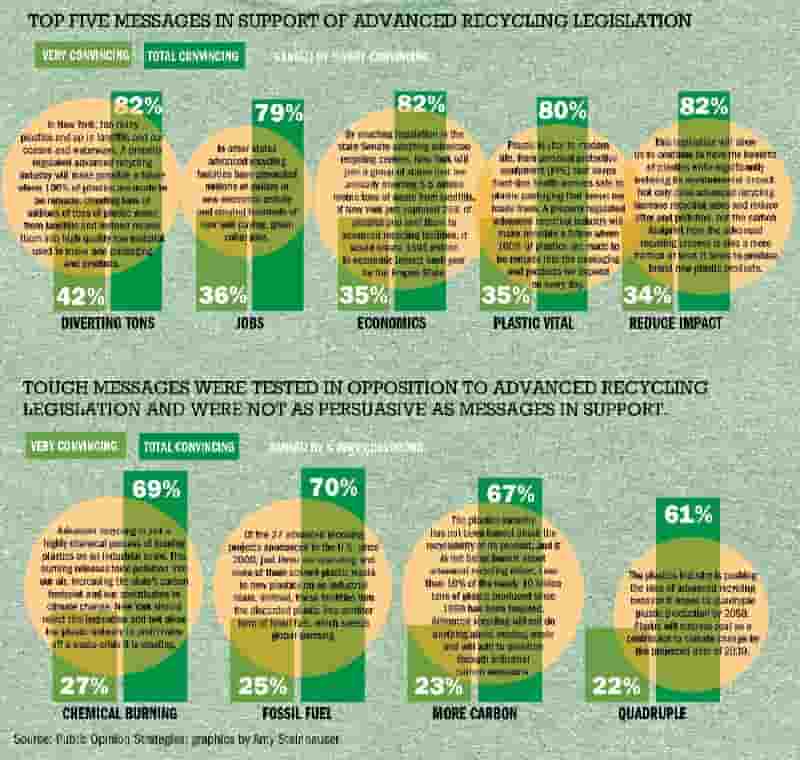 The changes in the supply side also partly explains why the price spread between Homo PP raffia and low-MFR co PP has widened recently. The change of the price spread depends on the change in the supply side on the one hand and the acceptance of the downstream on the other hand. With the growth of the production capacity, spot market has gradually changed from a seller’s market to a buyer’s market. In addition, downstream demand has been restricted due to the frequent outbreak of epidemics recently.

As for the reduction of supply, on the one hand, it is due to the intensive turnaround of PP plants, which currently involves a production capacity of nearly 4.8 million tons per year, and the operating rate of the industry is close to 80%. On the other hand, there are not many plants produce low-MFR co PP. At present, there are only a few plants producing low-MFR co PP, such as Sinopec Tianjin Lianhe II, Shaanxi Yanchang ChinaCoal II, and Datang Duolun and so on; while Ningbo Fortune, Zhejiang Petroleum & Chemical, Hengli Petrochemical, PetroChina Dushanzi PC, Yan’an Energy & Chemical and Ningxia Baofeng Energy which used to be stable sources of low-MFR co PP in the past, have not arranged to produce low-MFR co PP recently. Some enterprises even cut off production for more than a month. 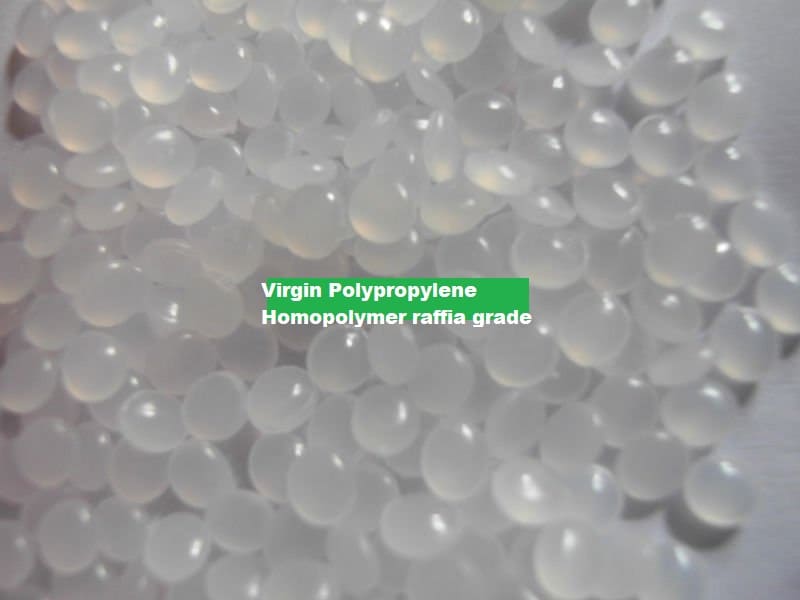