A recent report from ecoprog has identified more than 90 chemical recycling projects focused on plastics worldwide, with around 20 plants currently operational – mostly for research and development purposes. What progress has the chemical recycling industry made so far?

The report notes that plants it considered operation were mostly being used for further research of chemical recycling technologies, rather than for commercial purposes. Chemical-recycling – Paper-bottle

The majority of projects that remained in the planning stages at the end of 2021 were based in Europe – a trend supported by the European Patent Organisation (EPO), which found that over half of worldwide patenting activity in plastic recycling and bioplastic industries came from Europe and the US.

A number of companies have recently announced plans for and developments in chemical recycling, an industry that is rapidly expanding based on further patent data. In January, for example, Eastman announced that it would invest up to $1 billion on a chemical recycling facility in France, which will use a polyester renewal technology to break down hard-to-recycle waste. Meanwhile, INEOS Styrolution last year confirmed a joint venture with Recycling Technologies aiming to open “Europe’s first” polystyrene advanced recycling facility by the end of 2022, and Honeywell’s UpCycle Process Technology is reportedly ready to be scaled with plans to begin production alongside Sacyr in 2023. Chemical-recycling – Paper-bottle

RaboResearch, reporting on trends in chemical recycling, suggested that there could be 140 plants worldwide by 2025. Other key players identified in RaboResearch’s report include BP, TotalEnergies, and Shell, with ecoprog’s research also acknowledging that the upward trend “primarily affects the business model of the chemical industry and the mineral oil industry, which produce plastics or provide the raw material for them derived from crude oil”. Chemical-recycling – Paper-bottleChemical-recycling – Paper-bottle 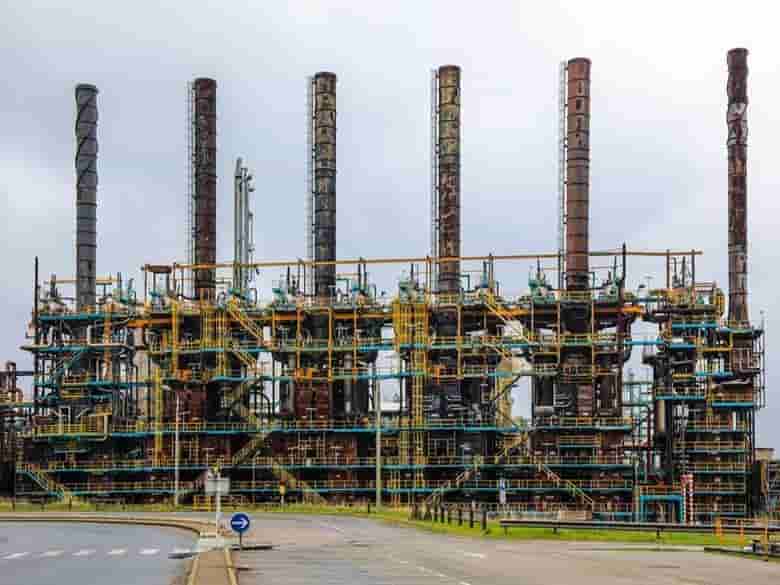 -Flying start to the year for Andritz

Andritz, headquartered in Graz, Austria, has started 2022 strongly with the announcement of a number of new orders, including the delivery of four needlepunch nonwoven lines to Yanpai Filtration’s plant in Tiantai, China.

Yanpei, founded in 1990, is one of the leading Chinese producers of nonwoven filters for dust and air treatment, as well as woven filter fabrics used in solid/liquid separation, with plants in both China and the USA. Chemical-recycling – Paper-bottle

Its new Andritz lines will consist of cards and crosslappers manufactured at the Andritz Wuxi site in China, including eight PRO 25-80 aXcess profile crosslappers for controlled web weight evenness. Sixteen eXcelle needlelooms will meanwhile be supplied by Andritz Asselin-Thibeau in France, with start-up of the lines planned from the third quarter of 2022.

In a second order for nonwovens production machinery, Andritz is to supply a complete neXline spunlace line to Laboratoire Naturel and the ZetTechnology group of companies based in Kaluga, Russia, with start-up scheduled for the second quarter of 2022. Chemical-recycling – Paper-bottle

This high-capacity line is designed to process various types of fibres, but especially polyester/viscose and cotton blends, and is dedicated to the production of high-end hygiene and cosmetic wet wipes to serve private label clients. The Andritz spunlace line with its CPC design (card-pulp-card) will enable the company to process a multilayer spunlace fabric including wood pulp as a raw material.

Researchers from Switzerland, Austria and the Netherlands estimate that almost 43 trillion tiny plastic particles, as much as 3,000 tonnes, land in Switzerland every yearExternal link .

For their calculations, the scientists collected snow samples near the Sonnblick ObservatoryExternal link , located at 3,106 metres at the top of a mountain in central Austria, to study how nanoplastic spreads. Chemical-recycling – Paper-bottle

Using a new chemical method, they were able to precisely calculate the quantities and types of nanoplastic deposited at the remote site. European wind and weather data and advanced modelling techniques were then used to determine the origin of the tiny particles and the routes taken across Europe to the Alps, as well as estimates for neighbouring Switzerland.

The scientists believe that about one-third of the nanoplastic measured on the mountain top originates from a radius of 200 kilometres, mainly from cities nearby. However, tiny fragments of plastic from the world’s oceans also get blown into the air via the spray of the waves. They calculate that around 10% of the particles measured in the study were carried by wind and weather over 2,000 kilometres – some of them from the Atlantic Ocean.

Nanoplastic pollution at the Sonnblick Observatory in Austria. Source areas averaged over the whole sampling period, ranging as far away as 2,000 km. Sciencedirect “Most accurate record ever” Chemical-recycling – Paper-bottle

The exact deposition rate of nanoplastic at the Sonnblick Observatory was 42kg per square kilometre per year. According to the Swiss Federal Laboratories for Materials Science and Technology (EMPAExternal link ), which took part alongside Utrecht University and the Austrian Central Institute for Meteorology and Geophysics in the study published in Environmental Pollution journalExternal link , this represents“the most accurate record of air pollution by nanoplastics ever made”. 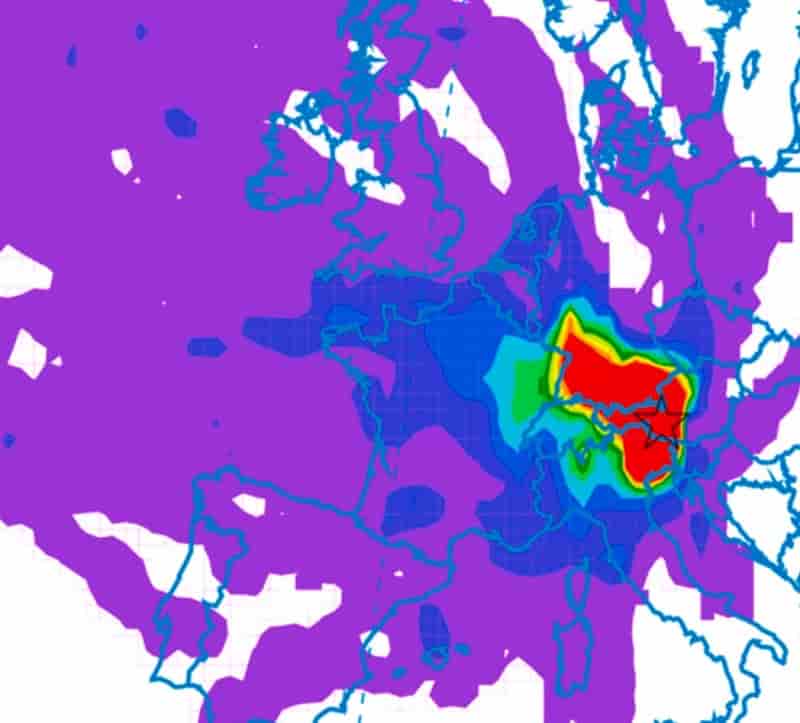 In the last part of “January caprolactam market report”, we have forecasted that CPL market is likely to be firm in February 2022, as two major supportive factors are quoted: CPL stock may continue falling in February given the supply-demand pattern, and CPL plants are facing evident cost pressure from benzene, liquid ammonia, cyclohexanone, etc.  Chemical-recycling – Paper-bottle

However, the situation has developed differently after a short bullish tick after the Spring Festival. The expected bullish trend did not last, as prices only jumped up on the first and second trading day after the holiday (Feb 7-8). Then market has started consolidation and then weakened since Feb 14.

We don’t see the reason from CPL or nylon 6 production. CPL plant operating rate has waved down from 79% to 73%, lower than the average rate before the holiday. And nylon 6 chip plants have been running stably as well. With higher run rate in CPL plants and same rate in polymer plants, CPL inventory have been reducing during December 2021 until the end of January 2022. Apparently speaking, the supply and demand pattern in February 2022 should be still balanced. But the actual sales condition reflected from insiders is that CPL spot supply has been evidently longer. “Suddenly, there are CPL spot goods all over the nation”, said by an insider.

Get to the bottom of this, we find the answer in CPL inventory structure. From December 2021 to end-January 2022, nylon 6 chip plants mostly held bullish outlook for CPL market, and they prepared extra amount of raw materials in advance. CPL stocks were smoothly delivered to downstream and there was no sales pressure. During February-March 2022, a lot more downstream plants have switched to a bearish sentiment, and they have stopped purchasing in advance, instead, they stand watching and wait for lower prices. Chemical-recycling – Paper-bottle

CPL plants become passive when downstream stops booking stocks, and this would be more awkward for the liquid product like CPL, since the storage for liquid goods in each plant is limited! CPL plants are more eager to reduce stock before it reaches the limit, and thus the pressure boosts.

-Coca-Cola in Europe will test a paper bottle prototype with consumers this summer in Hungary for AdeZ, a plant-based drink.

The paper chase in packaging has been on for a while and received a boost in recent months as single-use plastic packaging has gone out of environmental favor globally. Among the packages caught in the crosshairs of that ire is the ubiquitous PET beverage bottle. That negative attention has benefited interest and developments in alternative formats, particularly paper bottles. Chemical-recycling – Paper-bottle

The burgeoning paper bottle market is given an additional boost with Coca-Cola’s announcement that the brand is moving forward with testing a new prototype with consumers this summer.

The development is part of a partnership between scientists at Coca‑Cola’s Brussels Research and Development laboratories and The Paper Bottle Company (Paboco), a Danish startup supported by ALPLA and BillerudKorsnäs in cooperation with Carlsberg, L’Oréal, and The Absolut Company. Chemical-recycling – Paper-bottle

The technology developed by Paboco is designed to create 100% recyclable bottles made of sustainably sourced wood with a bio-based material barrier suitable for liquid goods such as carbonated and still drinks, beauty products and more.

The trial of the paper bottle prototype is scheduled to take place in Hungary in the second quarter of 2021 whereby 2,000 250-ml bottles of AdeZ will be offered to consumers by one of Hungary’s fastest growing online grocery retailers, kifli.hu.

“The trial is a milestone for us in our quest to develop a paper bottle,” says Daniela Zahariea, director of technical supply chain & innovation for Coca‑Cola Europe.

“By investing catalytic capital in funds such as Infinity Recycling’s venture fund, we promote the collaboration required to propel a circular economy for plastics forward,” said Yvonne Van Der Laan, Director of olefins and optimization at LyondellBasell. “We aim to help catalyze an additional five dollars from co-investors for every dollar we invest in venture funds focused on the recovery and recycling of plastic waste.”

With LyondellBasell’s investment, the fund will support early-stage companies deploying and developing advanced recycling technologies with a focus on bringing these technologies to scale in Europe. Chemical-recycling – Paper-bottle

In 2021, LyondellBasell was also a founding investor in Closed Loop Circular Plastics Fund, which is focused on accelerating infrastructure development and advanced technologies needed to increase the recovery of plastic waste in North America. 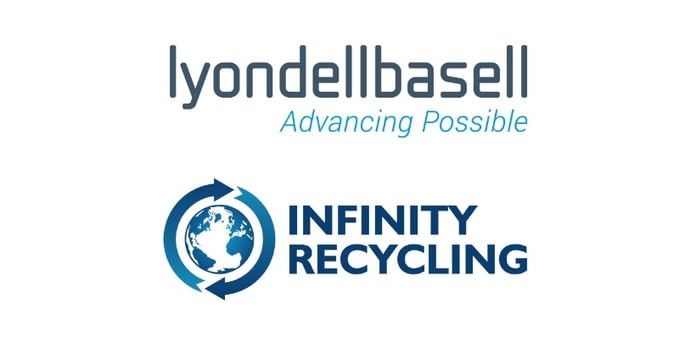