(Nanowerk News) Researchers at Teijin Aramid, based in the Netherlands, and Rice University in the USA published their research findings on a new generation of super fibers in the leading scientific journal, Science (“Strong, Light, Multifunctional Fibers of Carbon Nanotubes with Ultrahigh Conductivity”).

For the first time in history, it has been possible to spin carbon nanotubes (CNTs) into a super fiber that has very high thermal and electrical conductivity and good textile performance. Carbon nanotubes, the building blocks of the fiber, which is as thin as a strand of DNA, combine the best properties of thermal and electrical conductivity, strength, modulus and flexibility.
For several years, leading researchers at Rice University, including Nobel prize winner Richard Smalley (Chemistry, 1996), along with researchers at Teijin Aramid, have been working on producing carbon nanotubes and forming them into useful macroscopic objects with extraordinary, new performance properties.

To spin a high-performance carbon nanotube textile thread (fiber), the nanotubes must be perfectly stacked and orientated along the fiber axis. The most efficient method to produce this high performance fiber is to dissolve CNTs in a super acid, followed by wet-spinning. This is a patented process which has been used since the 1970s in spinning Teijin Aramid’s Twaron super fiber.
“Our carbon nanotube fibers combine high thermal and electrical conductivity, like that seen in metals, with the flexibility, robust handling and strength of textile fibers”, explained Marcin Otto, Business Development Manager at Teijin Aramid.

“With that novel combination of properties it is possible to use CNT fibers in many applications in the aerospace, automotive, medical and (smart) clothing industries.”
Teijin’s cooperation and involvement was crucial to the project.

Twaron technology enabled improved performance, and an industrially scalable production method. That makes it possible to find applications for CNT fibers in a range of commercial or industrial products. “This research and ongoing tests offer us a glimpse into the potential future possibilities of this new fiber.

For example, we have been very excited by the interest of innovative medical doctors and scientists exploring the possibilities to use CNT fiber in surgical operations and other applications in the medical field”, says Marcin Otto.

Teijin Aramid expects to replace the copper in data cables and light power cables used in the aerospace and automotive industries, to make aircraft and high end cars lighter and more robust at the same time. Other applications could include integrating light weight electronic components, such as antennas, into composites, or replacing cooling systems in electronics where the high thermal conductivity of carbon nanotube fiber can help to dissipate heat.
Teijin Aramid is currently trialing samples of CNT fiber on a small scale with the most active prospective customers. Building up a robust supply chain is high on the project team’s list of priorities. As well as their carbon fiber, aramid fiber and polyethylene fiber, this new carbon nanotube fiber is expected to allow Teijin to offer customers an even broader portfolio of super fibers.
Teijin Aramid is running this project in collaboration with research groups led by Professor Matteo Pasquali and Professor Jun Kono at Rice University (Houston, USA) and allied research centers at Technion-Israel Institute of Technology (Haifa, Israel) and the US Air Force Research Laboratory (Dayton, USA).

This ideal combination of effective experimental skills, knowledge and expertise makes this a winning team. The research was funded by Teijin Aramid BV and its parent company, Teijin Limited.
Source: Teijin Aramid 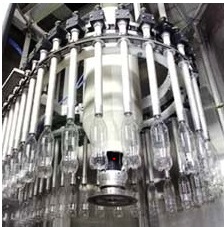 An innovative series of oxygen scavenging additives designed for use in a raft of plastic packaging materials are cheaper, more efficient and simpler to apply than conventional techniques, said NanoBioMatters.
The Spanish company said its O2Block additives can be directly dispersed into LDPE, HDPE, PP, PET, and PLA for food applications to maximise shelf life. The firm hailed this advance as “unique” and said it expected strongest demand to come from segments for processed and fatty foods such as processed meats, snacks, sauces and nuts.
The incorporation of the additives into the packaging material means it is easier than methods that use packets or sachets because they are “not present as a foreign object”, Ole Faarbaek, NanoBioMatters North America vice president, told FoodProductionDaily.com.
“It is simpler and more economical to implement than a UV activated system because no additional process equipment is needed for the converter,” he added.
Performance enhancer
The patent-pending technology is based on surface-modified phyllosilicate clay that is functionalized with active iron to create a naturally sourced and highly efficient oxygen scavenging product. The intricate multi-step process produces a clay-iron composite which acts as a performance-enhancing carrier of the oxygen-scavenging iron.
“The clay works as a highly effective delivery vehicle for the active iron within the polymer,” said Faarbaek. “The clay itself is modified chemically to adhere well to the polymer.”
Oxygen is depleted from the package by migrating through the packaging material and reacting with the dispersed active iron from the O2Block additive. The iron reacts with oxygen to produce iron oxide which remains within the packaging material – with the clay working as a barrier for any migration.
Faarbaek said the novel system provided greater versatility and efficiency than rival methods.
“Initial studies show that the high dispersion and thereby availability of the active substance within the polymer, should give better kinetics and deplete more oxygen for the same amount of iron,” he added. “The effective dispersion maximizes the access to the active iron which ensures minimum reaction time and a very uniform protection of the packaged goods.”
Final stage
He confirmed the product was now entering the final developmental stages and commercial tests with major converters to verify the initial results were currently under way. Commercialisation is expected early next year.
All ingredients in the additives are generally recognised as safe by the US Food and Drug Administration (FDA) and the food contact approval status from the European Union is expected in a “few months”, said Faarbaek.
The oxygen scavenger is supplied as a micronized powder or a masterbatch – with scavenging capacity directly linked to the amount of active iron. Dosing is tailored to the individual application by adjusting the masterbatch loading and/or active clay content to meet the required scavenging performance. The oxygen scavenger can be used in loadings of 1 per cent to 10 per cent in HDPE, LDPE, PET, and PLA, said NanoBioMatters.
The Valencia-based company operates a 2,500 metric ton/yr additive plant in Vall D’Uixo, Spain, and a 4,000 metric ton/yr masterbatch production facility in Valencia.
By Rory Harrington, 10-Nov-2010

BRUSSELS (July 19) — European Union researchers have taken a key step toward regulating nanoparticles, which are of increasing importance in plastic produ—cts and packaging.
The Joint Research Centre (JRC) of the European Commission has recommended a clear definition that nanoparticles should be considered between 1 nanometres (nm) and 100nm. Other specific physico-chemical properties and attributes (such as agglomeration, biopersistance, or whether particles are intentionally manufactured) should also be assessed in any special nanotechnology regulations, said the JRC.
The Commission is assessing EU industrial and environmental health rules to see where special protection is required to deal with the unusual properties of nanoparticles and products made with them.
JRC’s advice comes in a report ‘Considerations on a definition of nanomaterial for regulatory purposes’, which stressed the need for “a definition…reducing ambiguity and confusion for regulators, industry and the general public”.
It recommends the term ‘particulate nanomaterial’ for legislation “to avoid inconsistencies with other definitions and that size should be the only defining property”. That said, the JRC says that legal definitions of nanoparticles may need adapting in certain cases “to the needs of a specific implementation”.
It also says consultation with manufacturers will be important. “The task of establishing a size-based definition is not straightforward,” it said.
Note: Earlier this year the European Commission asked SCENIHR (Scientific Committee on Emerging and Newly Identified Risks) to provide an opinion on the essential elements required to assemble a science-based working definition of nanomaterials.