Using coal as a raw material, the plant has a total hydrogen production capacity of 350,000 tonnes per year.

The PSA unit is a part of Yulin Chemical’s demonstration project of new chemical materials for the separative utilization of coal-the 1.8 million mt/year monoethylene glycol plant.

Yulin Chemical, a company of Shaanxi Coal and Chemical Industry Group, is now testing the coal gasification unit, and is expected to get MEG products in October at its 600kt/year No.1 syngas-based MEG unit of its 1.8 million mt/year plant. 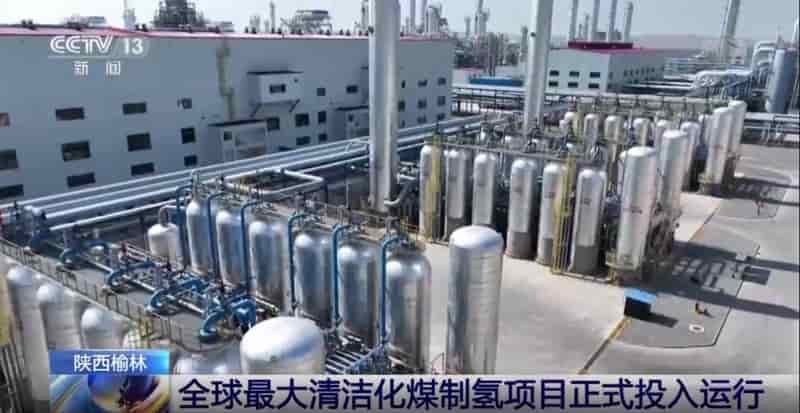 South Korea’s state nuclear energy research body has developed a technology that can reduce the volume of uranium waste by up to 90 percent and safely dispose of it. For commercialization, researchers have transferred their technology to a private company specializing in radioactive waste treatment and disposal.

The Korea Atomic Energy Research Institute (KAERI) said its research team left contaminated nuclides behind to easily separate non-radioactive substances from radioactive waste. “We hope that the new technology will contribute to solving the problem of radioactive waste in our society through technology transfer,” Lee Keun-young, a senior KAERI researcher, said in a statement on September 21.

The traditional acid cleaning method cannot treat radioactive waste below the concentration that can be disposed of by itself and exposed difficulties in reducing the volume of waste. Lee’s team has developed a technology to reduce the volume of uranium waste by separating non-radioactive materials from uranium waste.

KAERI said that the uranium waste solid was made into a solution, with non-radioactive materials selectively precipitated and separated into general waste. By incorporating sintering technology, researchers made uranium stable so that it does not react with other materials, and reduced volume by 50 percent. Sintering is the process of forming a solid mass of material through heat and pressure without melting to the point of liquefaction. 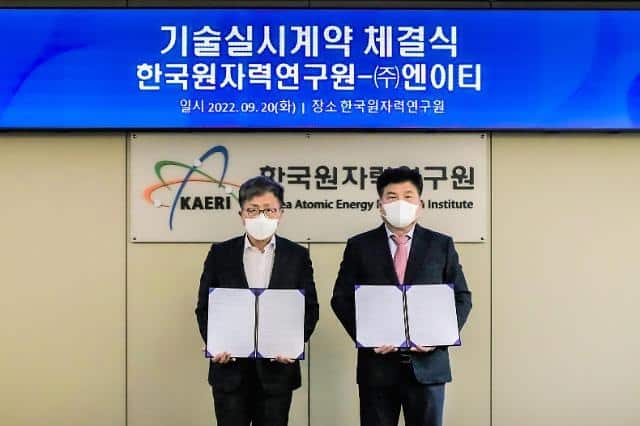 In Morocco, plastic recycling firm Sumilon is scaling up to serve the rising global demand for recycled plastic.

Before 2013, Rajneesh Kumar Mittal had never devoted much thought to Morocco. Looking at a Google map one day, however, he saw the country’s ideal location at the crossroads of Europe and Africa. And then he contacted the country’s investment authorities.

His conversation helped him to understand the country’s assets, its logistical facilities and supply chains. At the time, Morocco already had free trade agreements with the European Union, the US, and Turkey where Mr. Mittal lived. The Tangiers Med port – co-financed by the European Investment Bank – was putting the European Union just two to three days away by sea and the United States a mere seven days.

Keen on attracting businessmen like Mr. Mittal, Morocco created the Tangiers Free Zone to build a new modern and dynamic industrial ecosystem at the gates of Europe. This is where, in 2015, Sumilon Eco PET started its first recycling and repackaging factory.

A rising demand for recycled plastic

The harmful effects of plastic waste on the environment and our health are well documented. In the European Union alone, single-use plastic items and fishing gear represent 70% of all marine litter. A number of measures exist to address the problem, including greater use of recycled products.

Since January 2021, the EU Directive on single-use plastics calls for PET (polyethylene terephthalate, a form of polyester) bottles to contain 25% recycled plastic by 2025. While the current annual demand for recycled plastic is estimated at around six metric tons in the European Union, seven to eight million tons in the US and 30 million tons worldwide, it is expected to reach 42 million metric tons in 2030.  Hydrogen – Plastic – r-PET

“From an environmental perspective, plastic recycling makes a huge sense. You save a lot of pollution from CO2 emissions and save plastics going into the water,” says Rajneesh. “Experts say that if we are within a 60-kilometre range of the ocean, if the plastics are not collected, recycled and treated well, they will end up in the sea.”

As things stand, production remains insufficient to meet the rising demand. So the challenge for entrepreneurs such as Mr Mittal is not competition but fulfilling the demands of its worldwide customers for quality and timely delivery. 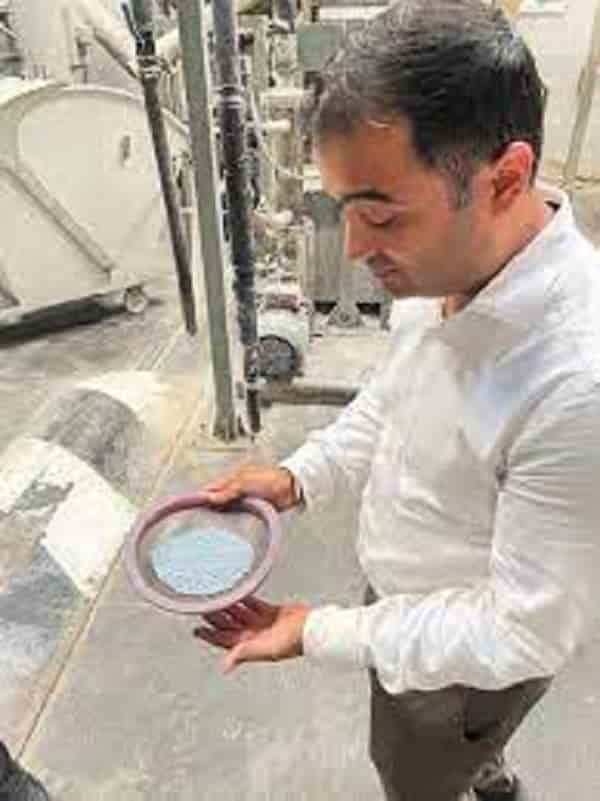 Greiner Packaging will showcase its latest product developments in line with all three elements of the “reduce, reuse, recycle” principle at FachPack from September 27 to 29. Food packaging made of r-PET and the self-separating cardboard-plastic cup K3® r100 will be among the highlights.

With their slogan, “Join the circular revolution!” the packaging experts at Greiner Packaging are calling on customers and industry colleagues to join them on the path to a sustainable circular economy. At FachPack in Nuremberg, Germany, the company will present the solutions it has developed to help achieve this goal.

By acquiring its first recycling company – Serbian producer of r-PET flakes, ALWAG – Greiner Packaging has entered the recycling business and taken a vital step on its journey into a sustainable future. Taking over the Serbian location, which will operate under the name Greiner Recycling d.o.o. going forward, secures important material streams for the company and reinforces its commitment to promoting a circular economy. Greiner Packaging recognizes the potential of circular-ready PET and has set itself the goal of driving forward the development of a PET tray-to-tray recycling stream to complement the existing bottle stream, which already functions well. This backward integration step is an important milestone on the journey.  Hydrogen – Plastic – r-PET

At FachPack in Nuremberg, the company will present packaging solutions made of up to 100% r-PET that it has already successfully implemented and reveal what the food packaging of the future could look like – whether for salads, spreads, convenience foods, or dairy products. In the future, it will even be possible to use r-PET for products requiring hot sterilization by utilizing the temperature-stable material r-PET HTS® .

One innovation that combines two of the “Rs” – reduce and recycle – is the self-separating cardboard-plastic combination K3® r100. The cardboard wrap, which lends sturdiness to the thin walls of the plastic cup, separates itself from the cup during the waste collection process. 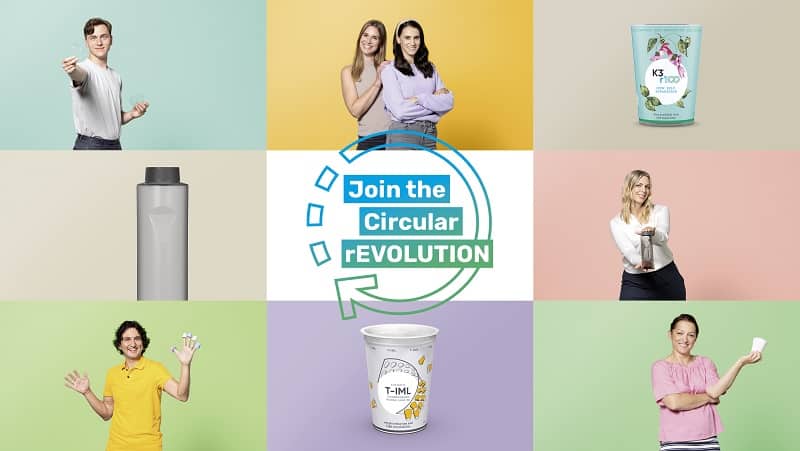 Italian-based Maire Tecnimont has announced its subsidiary, NextChem, has been assigned €194m ($191m) to develop a waste-to-hydrogen plant as part of the European Commission-backed IPCEI Hy2Use project.

Maire Tecnimont says the project sets up the Hydrogen Valley in Rome, which will come as the ‘first’ industrial-scale hub for the develop of an Italian national supply chain for the production, transport, storage, and use of hydrogen for the decarbonisation of industrial processes and mobility.

It is hoped the IPCEI grant, supported by the Italian Ministry of Economic Development, will allow Maire Tecnimont’s industrial model to become a best practice for global waste-to-hydrogen production.

Alessandro Berini, CEO of Maire Tecnimont and NextChem, said,  “We are proud of the goal achieved by Maire Tecnimont Group with NextChem, and of the recognition of the industrial and technological skills of our Country by the European Union to develop a low-carbon and low-cost hydrogen economy. 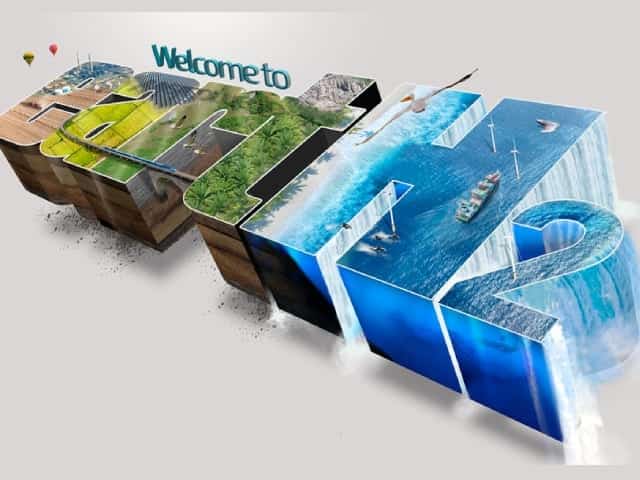 As the energy crisis deepens on the continent, its repercussions on electricity prices impact the operations of plastic recycling facilities, putting at risk the transition towards circularity.

“Stopping the recycling activities will have an immediate, negative impact on the plastic waste management in Europe,” said Ton Emans, Plastics Recyclers Europe President. “If we want to drive a circular economy in Europe, plastic recycling must be considered a key industry sector to be targeted by Member States’ efforts to protect it from the impact of high electricity prices.” Hydrogen – Plastic – r-PET

Plastic recycling facilities run 24 hours, 7 days a week, which means that energy utilities are among the three major cost factors, after labour and maintenance, representing roughly 15-20% of the total operational costs. However, given the 400% increase in their prices, energy costs have now become the number one expenditure, representing up to 70% of the OPEX. This makes it nearly impossible for recycling companies to break even and means that, without the European Commission’s as well as the Member States’ intervention, many companies will close.

Navigating a pathway to a low-carbon EU economy by 2050, therefore, can only happen with the contribution of the recycling industry, as plastic recycling has the lowest carbon footprint in comparison to other waste management options like incineration or landfill. 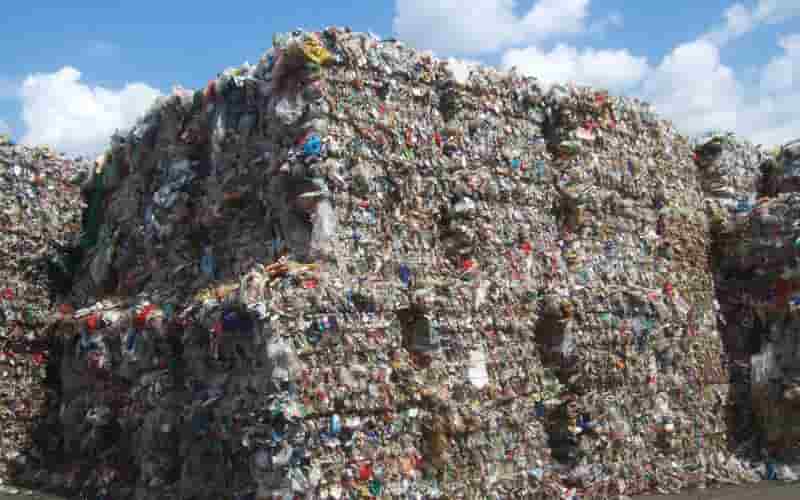 Resin from used Canon toner cartridges is being used in asphalt mixes.

In Newport News, VA, a collaboration between Canon Virginia and Basic Construction is recycling print toner material into asphalt mixtures.

Canon’s largest cartridge recycling center is located in nearby Gloucester, VA. There, used cartridges are received from customers, disassembled and sorted. Metals are sent to other partners for recycling, and the cartridges themselves are repelletized for production of new cartridges.  Toner is now being sent to Newport News, where it is also repelletized.

The asphalt project began over two years ago when Basic, also located in Newport News, asked to test the recycled toner pellets as a binding agent. A large test matrix was designed to ensure  Hydrogen – Plastic – r-PET

performance and durability of the mixture. The testing process was lengthy but ultimately a successful formula was created.

The toner is made of a styrene-acrylate copolymer, which helps to bind and harden the asphalt mixture, reducing the need for virgin materials. 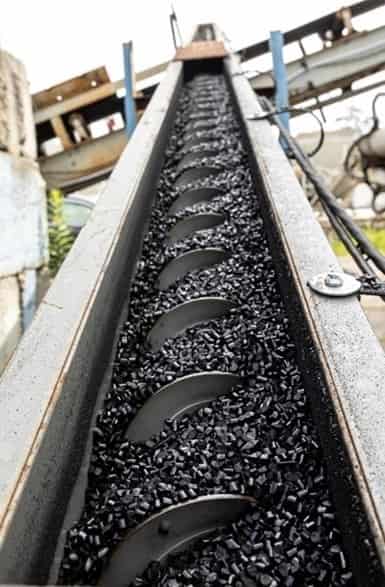 It is noted that this project is part of the project for the development of the olefin complex Trans-Pacific Petrochemical Indotama (TPPI) PT KPI in Indonesia.

The company adds that the TPPI project will “expand the capabilities” of PT KPIs to increase polyolefin processing and production capacity by bridging the gap between strong growth in demand for petrochemical products and a lack of domestic production capacity.”

The polypropylene plant will be designed to produce homopolymers, statistical and impact-resistant copolymers to meet the needs of the domestic and international market.

Financial terms or details about the timing of completion and construction were not disclosed. Hydrogen – Plastic – r-PET

According to the ScanPlast review, the supply of polypropylene to the Russian market in January-June of this year amounted to 676.56 thousand tons (calculated according to the formula production + import – export), which is 7% lower than in 2021. Supplies of all types of polypropylene from both domestic producers and imports decreased. 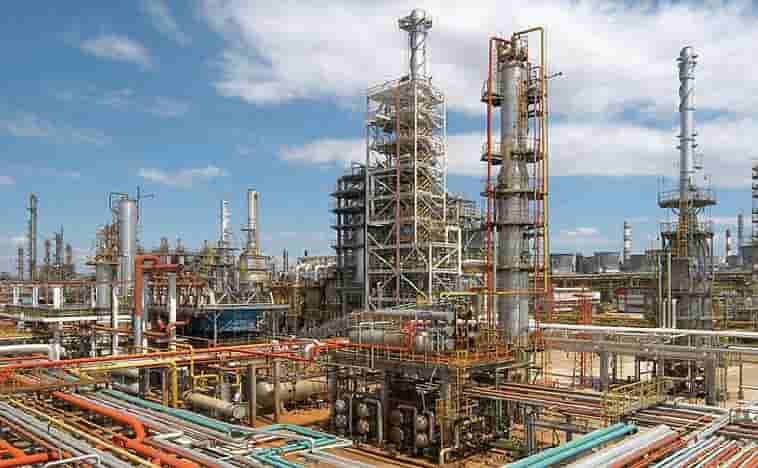