Due to the strict pandemic prevention and control measures, MEG cargo offtake in port areas has slowed down. In the week of Mar 21-25, cargo discharges were delayed in Zhangjiagang with waterway closure, but MEG tank inventory in East China main ports stood above 960kt this Monday. The offtake in Zhangjiagang and truck transportation slowed down due to the strict pandemic prevention and cross-provincial highway control measures.

MEG supply-demand structure turns balanced in March after the inventory buildups in January-February, as producers cut operating rate due to persistent losses. The inventory remains high in East China ports, but inches down in polyester producers.

Purchases from polyester plants have slowed down due to the restrictions on the logistics. Meanwhile, as polyester sales remain subdued due to weak demand, polyester producers mainly took contract cargoes or consume their stocks rather than buying spot cargoes. MEG-supply-demand – OPEC-Russia-oil-ally

In addition, inventory in MEG producers has also decreased, particularly producers in South China. Since H2 Feb, some plants in South China shipped MEG cargoes to East China market. Those cargoes could be also reflected in the increase of port inventory. Meanwhile, the decrease is also because of unit turnarounds since late Mar.

Total MEG inventory will decrease in April-May, but the decrease would be mainly in polyester/MEG producers. The clear decrease in port inventory needs the improvement in logistics and cargo discharges. MEG-supply-demand – OPEC-Russia-oil-ally 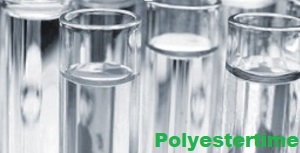 March 2022 witnesses the most extensive impacts from the COVID-19 pandemic on China, ever since its outbreak at the end of 2019. March is also the traditional peak season of textile industry, its influence on textiles and chemical fiber industries have reached a great intensity. Even when upstream chemical raw material prices rise significant, middle and downstream sectors react weakly or even have no reaction. The further the downstream link is, the weaker the demand.

As the pandemic is spreading in many parts of the country, the prevention policies and lockdown in different regions restrict the flow of logistics and personnel, causes rising time and cost of delivery, cut down new orders and damage downstream players’ confidence. Even though the influence cannot but quantified by now, there are some indicators to take a look at nylon filament, fabric and textiles and apparel industries. MEG-supply-demand – OPEC-Russia-oil-ally 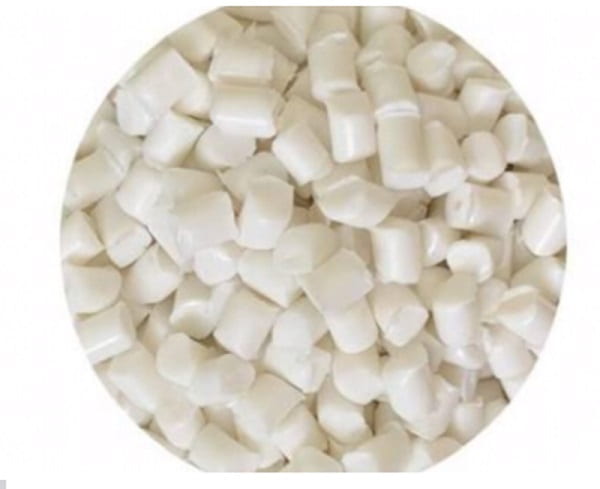 -The cost transmission effect is limited, and PP fell after rising in March

According to the data monitored by the SunSirs, the PP market fluctuated in March. On the whole, the spot prices of various brands rose.

As of March 31, the mainstream offer price of T30S (wire drawing) from domestic manufacturers and traders was about 8990 RMB/ton, with an increase or decrease of + 5.64% compared with the average price at the beginning of the month.

Industrial chain: upstream, the propylene market trend in March is mainly divided into two stages, a substantial rise stage and a decline stage.

In early March, the price of propylene rose rapidly to the highest average price of 9283 RMB/ton in the month, an increase of 10.08% over the beginning of the month.

Mainly due to the tense situation in Ukraine, the market’s concern about the risk of supply interruption increased, and the rise of propylene increased under the strong pull of crude oil. Insufficient follow-up of demand in the latter half of the year, while the oil price fluctuated and fell. MEG-supply-demand – OPEC-Russia-oil-ally

Under the influence of double bad news, propylene rose back and the focus of the market moved down. As of the end of the month, the market was low and volatile. It is expected that the propylene market will be weak and volatile in the near future.

The remote upstream crude oil operated in shock this month, the price of PP direct raw material propylene rose and fell, and the cost side support was first strong and then weak.

In the middle of the year, the international market also had differences on stopping the decline and returning the rise of crude oil, but the transmission of benefits was not smooth.

At the end of the month, the situation in Russia and Ukraine reappeared the opportunity of easing, and the international crude oil fell again, which was bad for the polypropylene industry chain.

In terms of supply, the supply of PP was abundant in March, and there were many inventories in enterprises and midstream. In the second half of the month, enterprises took the initiative to reduce the burden, which did not reach the expected scale, the operating rate of the industry was still high, and the profit of petrochemical plants was under pressure. MEG-supply-demand – OPEC-Russia-oil-ally 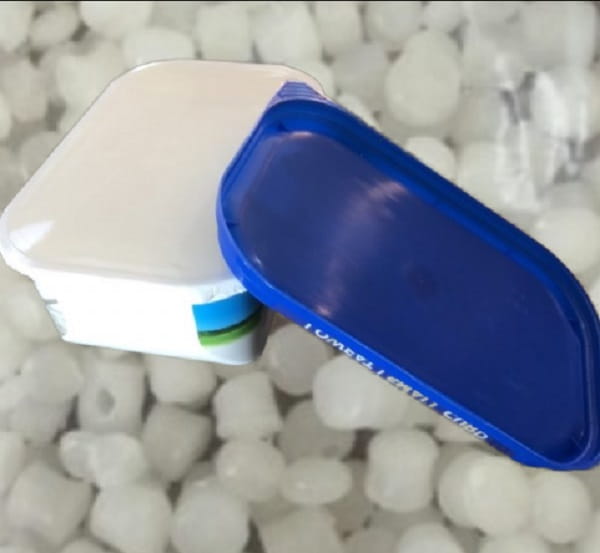 A deluge of news about production cut of HC virgin PSF and low-melting PSF come recently amid soft downstream demand and the stagnation of transportation caused by the outbreak of Covid-19 pandemic in China.

The operating rate of HC virgin PSF is expected to move down to 50% with some to shut down and some to reduce production later, and that of low-melting PSF may decline to 70% as some large plants plan to reduce production by a half with some plans in approval. In addition, some HC recycled PSF plants also planned to suspend production in recent days. MEG-supply-demand – OPEC-Russia-oil-ally

At present, PSF plants are in a tough situation.

In the second half of Mar, the sales ratio of some plants only ranged in 20-40% and the inventory accumulated very quickly. That of HC virgin PSF mostly hiked to around 20 days and that of low-melting PSF around one month. That of HC re-PSF in Zhejiang mostly hovered around one month with lower at 20 days and higher at 45 days.

Especially low-melting PSF is experiencing more intense losses and the trade volume shrank largely as traders did not have profit room.

HC virgin PSF and low-melting PSF are both supplied excessively and the capacity expansion is still proceeding. At present, downstream yarn mills and traders are cautious to stock up under high crude oil price and bearish downstream demand. The market outlook is pessimistic in Apr and additionally, overall Q2 is also traditional slack season, so the market generally concerns about downstream demand.

Amid high crude oil price, some private HC virgin PSF plants which started up in recent years are more difficult to operate.

In terms of low-melting PSF, the demand is saturated and the market has to look for new sources of demand. HC re-PSF met reduced consumption in Mar and is likely to tolerate the tight supply of raw materials. MEG-supply-demand – OPEC-Russia-oil-ally 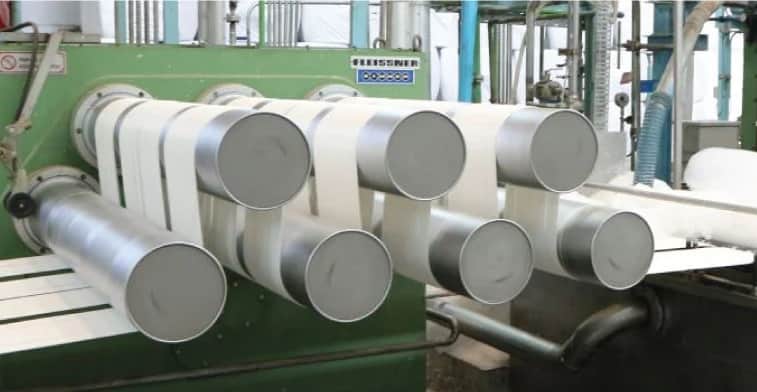 Since 2014, Evrnu has been forging a pathway for the tens of millions of tons of textile waste that end up in landfills or incinerators every year to flow back into the value chain. Evrnu’s suite of chemical recycling solutions use textile waste as a resource – breaking it down and regenerating it into new materials that outperform both virgin cellulosic and plastic textiles.

100% NuCycl r-lyocell marks Evrnu’s first commercially available fiber. Not only does this fiber use cotton textile waste diverted from landfills as its only input, but it can directly replace 90% of current textile fibers, including cotton, man-made cellulosic fibers, nylon, and polyester. This is a huge breakthrough for the textile industry, which has long been searching for bio-based alternatives to plastic.

Knowing performance and quality are key to adoption, Evrnu’s 100% NuCycl lyocell meets or exceeds the performance attributes of high tenacity nylon and polyester in terms of tenacity, strength, comfort, and more, all while remaining recyclable up to 10x.

“We have at least a 20-year push to innovate around climate change to make up for the past 100 years of collateral industrial damage,” says Stacy Flynn, Co-Founder & CEO of Evrnu.  “Our team and partners are dedicated and aligned to outperforming and scaling textile recycling solutions to bring our industry into balance with natural systems.” MEG-supply-demand – OPEC-Russia-oil-ally 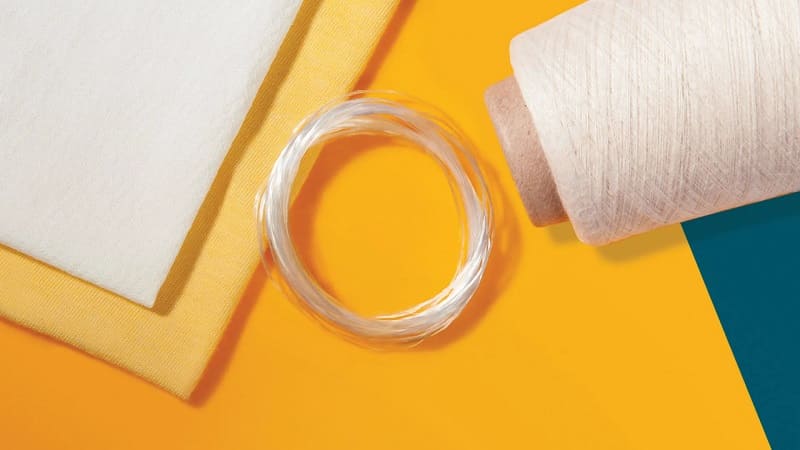 -OPEC wants Russia as an oil ally, in peace and in war

For the oil cartel, wars are business as usual. Whatever happens in Ukraine, Saudi Arabia wants Russia alongside it

For the OPEC+ oil cartel, wars are business as usual. In fact, wars among its own members are pretty normal, too. MEG-supply-demand – OPEC-Russia-oil-ally

Iran and Iraq remained OPEC allies-cum-rivals during their 1980-1988 war. The oil ministers of Iraq and Kuwait sat down at the same table even after Baghdad invaded its neighbor in 1990. And today Saudi Arabia and Iran talk about oil even when Riyadh says that Tehran sponsors the Yemeni Houthis that are throwing missiles at the kingdom.

With this kind of history, any expectation that OPEC would simply break its oil alliance with Russia over a war is myopic. For the group of oil producers, Russia is today still essential partner.

When Suhail Al-Mazrouei, the oil minister of the United Arab Emirates, was asked this week about the politics of working with Moscow, he shrugged his shoulders. “We have been there,” he said. “We have seen wars.”

Saudi Oil Minister Prince Abdulaziz bin Salman was more caustic. Asked how he can trust Moscow at this week’s OPEC+ meeting, he pointed to the recent missile attacks on the kingdom, including one that last week that hit a fuel depot owned by Saudi Aramco in Jeddah. “I ask you: Who’s been throwing rockets and missiles at us?” he asked. “Who’s financing, who’s training, who’s supplying these weapons — it’s a member of OPEC,” he added, leaving everyone guessing that he was talking about Iran.

The message was clear: If Saudi Arabia can talk to Iran, surely it can talk to Russia, which is at war, but not with the kingdom.

OPEC’s warmongering past has been useful in justifying why the cartel is maintaining its relations with Moscow. But this is merely a convenient excuse. Saudi Arabia certainly wants to keep the relationship with Russia, which the kingdom considers one of its biggest diplomatic achievements. Alongside an improved rapport with China, the alliance with Moscow has allowed the kingdom to rebalance its traditional dependence on Washington. That’s particularly helpful at a time when Riyadh and the White House are at odds on many fronts. MEG-supply-demand – OPEC-Russia-oil-ally 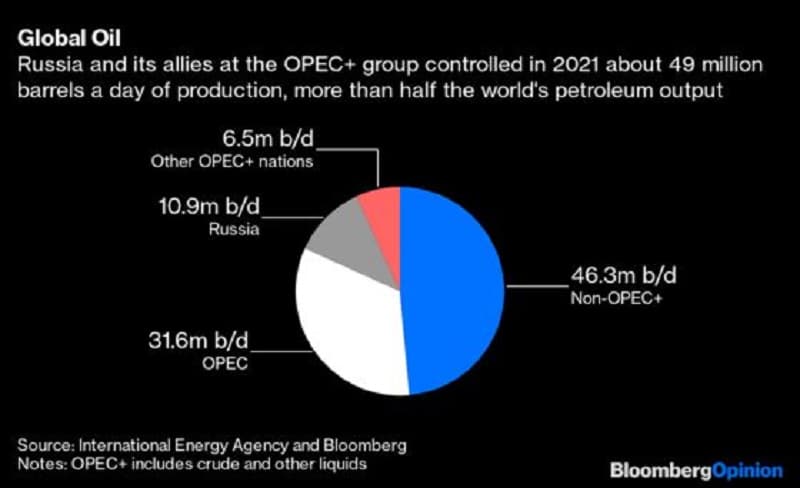