October 27, 2018
This content has been archived. It may no longer be relevant

The MMAtwo (pronounce it Matou – /mætu:/) project coordinated by the Dutch company Heathland has just been launched on October 1st 2018 for a 4 years duration. It is supported by a 6.6 M€’s funding from the European Union Horizon2020 Research and Innovation programme. MMAtwo collaborative consortium gathers 13 partners from 6 different countries and will develop a new and innovative process to recycle post-industrial and end-of-life PMMA waste into Second Generation MethylMethAcrylate (MMA) raw material.

PolyMethyl MethAcrylate (PMMA) is a well-established polymer known for its optical properties. About 300 000 tons of PMMA are produced in Europe every year, or close to 1 billion Euro of market value. Although PMMA can be turned back into its monomer by thermal depolymerization, thus saving precious resources and CO2 emission, it is estimated that currently only 30 000 tons of waste is recycled annually in Europe, or only around 10% of the yearly production.

-UK may not like Swiss advice on post-Brexit future

Jeremy Hunt is in Bern for bilateral meetings with Swiss officials — the first such visit by a U.K. foreign secretary since 1996. U.K. officials say it’s highly likely that on the list of talking points will be a question that the Swiss are well placed to answer: How on earth do you get along with Brussels from outside of the single market?

That’s especially true for financial services. Switzerland ranks among the top European financial hubs, and so serves as a great litmus test for how Europeans allow them access to the single market. Based on the Swiss experience, it’s not looking good.

Sadiq Khan warned the EU to brace for Brexit to be delayed today – as Theresa May put off a Cabinet showdown over her Irish border plan.

The London Mayor told Michel Barnier to be ready to postpone the March deadline as he held talks with the negotiator in Brussels.

Once again, this year sees SACMI scoop up the renowned FBE Award, an initiative by the Asia Food Journal that acknowledges the most innovative solutions in the food&beverage packaging field

Hyosung has announced expansion to European clothing market with functional and trendy premium textile products. Earlier this year in July, Hyosung TNC, the textile and trading unit arm of Hyosung, participated in ‘Mode City & Interfiliere Paris’ in Paris, France and ‘Bluezone’ in September in Munich, Germany to showcase its new functional fabric.

It displayed an array of products that fused form and function for the athleisure look which reflects the latest crossover fashion. They are wearable as everyday clothes and comfortable as tracksuit. It also exhibited recycled nylon yarn, following the sustainable fashion which pursues social values such as eco-friendliness and resource conservation, Hyosung said in a press release. 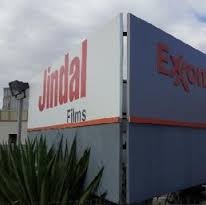 Waterless Internet Flower Packaging, a breakthrough in packaging of flowers by Uflex, was pronounced winner of the overall Sustainability Awards 2018.

It also emerged as a frontrunner in the ‘Resource Efficiency’ category that honors innovations in packaging that do more with less, such as down-gauging material or reducing the carbon footprint without increasing the environmental impact of the packaged products. 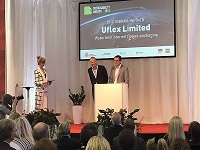 In a statement, Indianapolis, Ind.-based Vertellus said Van Hulle brings more than three decades of leadership experience in the specialty chemical and plastics industries serving sectors ranging from polymers and additives to the agricultural, pharmaceutical and food markets. 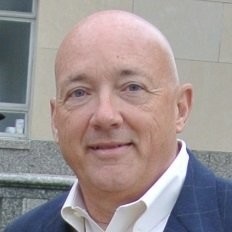 Danone has announced a series of new commitments and actions to ensure its packaging will become 100% circular, and to accelerate the global transition towards a circular economy of packaging.

This includes (1) initiatives to improve product design and develop alternative delivery and reuse models, (2) investments to develop effective, efficient and inclusive systems for increased collection and recycling, to boost recycling and (3) actions to preserve natural resources by reintegrating recycled materials into packaging and developing use of renewable materials.

Danone will accelerate transition towards circular economy of packaging in three ways.

The recycling facility was built with an investment of approximately $100m and created 140 new jobs in the region.

Audi and Umicore have successfully completed phase one of their strategic research cooperation for battery recycling. The two partners are developing a closed loop for components of high-voltage batteries that can be used again and again. Particularly valuable materials are set to become available in a raw materials bank.

Even before the start of the cooperation with Umicore in June 2018, Audi had analyzed the batteries in the A3 e-tron plug-in hybrid car and defined ways of recycling. Together with Umicore, the car manufacturer then determined the possible recycling rates for battery components such as cobalt, nickel and copper—in laboratory tests, more than 95% of these elements can be recovered and reused.