-Re.Tex technology is used for the first time in Continental tires

As the co-founder, Continental will once again exclusively supply Extreme E this year with a specially designed “CrossContact Extreme E”.

Since the all-electric racing series is not only about the issue of sustainability, the manufacturer presents an additional development for 2022 after the 2021 premiere season: according to the company, not only has performance been improved, but a special focus is on a high percentage of sustainable materials in the composite tread and placed on carcass. Re-Tex-technology – Engineering-polymers

The second generation of “CrossContact-Extreme-E” is said to consist of about a third of recycled and renewable raw materials thanks to the use of silica, for example, obtained from the ash of rice husks – leftovers from agriculture.

But the current model could also come with a premiere.

Because for the first time Continental has used so-called “Re.Tex” technology in one of its tires.

This means that in addition to treated steel and soot, polyester yarns made from recycled plastic bottles are now used in the hull for the first time.

As a result, conventional polyester can be completely replaced in “CrossContact Extreme E,” according to the supplier. Re-Tex-technology – Engineering-polymers 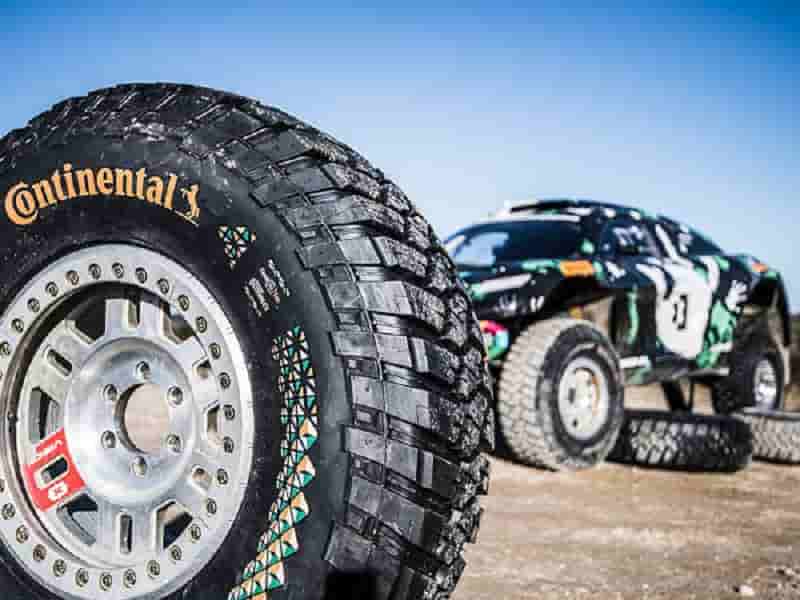 Researchers from the University of British Columbia (UBC) have developed an inexpensive, non-toxic coating for almost any fabric that decreases the infectivity of the virus that causes COVID-19 by up to 90 per cent. Further, the researchers believe that in the future, it might also be possible to be able to spray the coating on the fabric. Re-Tex-technology – Engineering-polymers

“When you’re walking into a hospital, you want to know that pillow you’re putting your head onto is clean,” said lead author Taylor Wright, a doctoral student in the department of chemistry. “This coating could take a little bit of the worry off frontline workers to have Personal Protection Equipment with antimicrobial properties.”

Researchers soaked fabric in a solution of a bacteria-killing polymer which contains a molecule that releases sterilising forms of oxygen when light shines on it. They then used an ultraviolet (UV) light to turn this solution to a solid, fixing the coating to the fabric. “This coating has both passive and active antimicrobial properties, killing microbes immediately upon contact, which is then amped up when sunlight hits the cloth,” said senior author Dr Michael Wolf, a professor of chemistry.

Both components are safe for human use, and the entire process takes about one hour at room temperature, says Wright. It also makes the fabric hydrophobic, meaning microbes are less likely to stick to the cloth, and doesn’t seem to affect the strength of the fabric. Re-Tex-technology – Engineering-polymers

“In addition, the coating can be used on almost any fabric, including cotton, polyester, denim, and silk, with applications in hospital fabrics, masks, and activewear. Whereas other such technologies can involve chemical waste, high energy use, or expensive equipment, the UBC method is relatively easy and affordable. All we need is a beaker and a light bulb. I’m fairly certain I could do the whole process on a stove,” said Wright. 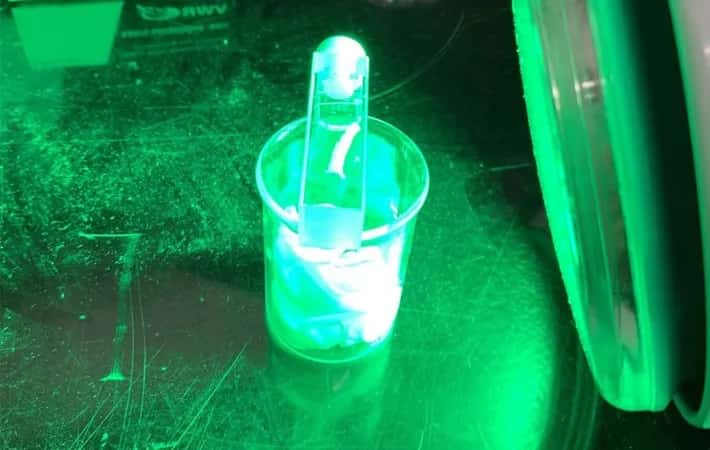 Austin, Texas — With plastics continuing to come under attack, the PET industry needs to do a better job at highlighting the advantages of using the material, according to one long-time packaging maker and recycler.

That’s why the National Association for PET Container Resources is putting the finishing touches on a new life-cycle analysis that does just that, NAPCOR Chairman Tom Busard said at the recent Packaging Conference in Austin.

New, put still preliminary data, shows that PET has made improvements in some key environmental metrics since the last LCA was undertaken by the trade group 13 years ago.  Re-Tex-technology – Engineering-polymers

A lot has changed since 2009 when the last NAPCOR LCA was performed, Busard told the conference crowd.

NAPCOR has been working on an update for two years with the help of consulting firm Franklin Associates.

“The peer review is not done yet. These are all preliminary results. But we don’t expect them to change much,” Busard said.

Updated LCA numbers show a 20-ounce PET bottle, selected because of its popularity, accounts for 18 percent less greenhouse gas, 24 percent less energy, and 31 percent less solid waste than the numbers in the 2009 LCA, he said.

LCA data is in high demand from companies using PET bottles for their products as other substrates such as metal and paper increasingly look to take market share from PET.  Re-Tex-technology – Engineering-polymers

“We have no time to waste on these things. We need to get the data out quickly,” Busard said. “The point is everybody is struggling on how to have a better story.”

Numbers from the LCA will allow PET packaging companies and brand owners to do just that. “The information is in high demand, because, again, every customer wants to know: ‘Help me fight back on this stuff and feel good about making a decision on PET,'” he said.  Re-Tex-technology – Engineering-polymers 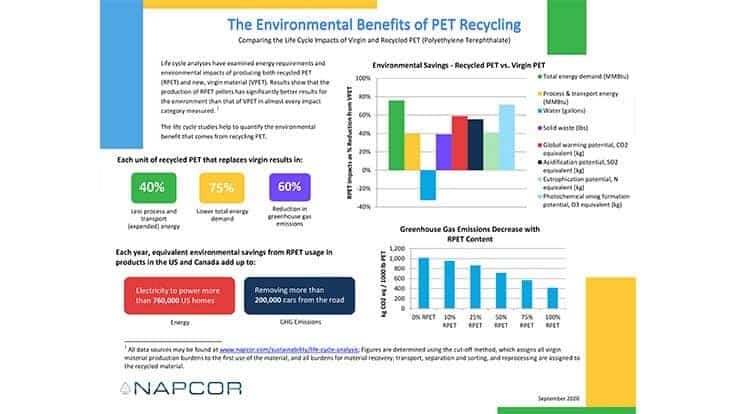 nifi Inc. said that Walmart has reached the threshold of purchasing the equivalent of 1 billion post-consumer plastic bottles worth of Repreve recycled performance fibers. It took Walmart 10 years to reach the milestone.

Repreve, introduced in 2006, is polyester yarn made from chips that come mainly from recycled bottles. Sorbtek is its moisture management yarn. Repreve-based yarns are used to make products for the apparel, outdoor, home textiles and automotive sectors.

Unifi said the billion-bottle calculations are based on a standard 16.9-ounce-bottle. Unifi said the measuring metrics include how it translates to bottles per pound of recycled polyester, as well as tracked pounds of Repreve yarn, fiber and resin sold to Walmart suppliers for store programs. 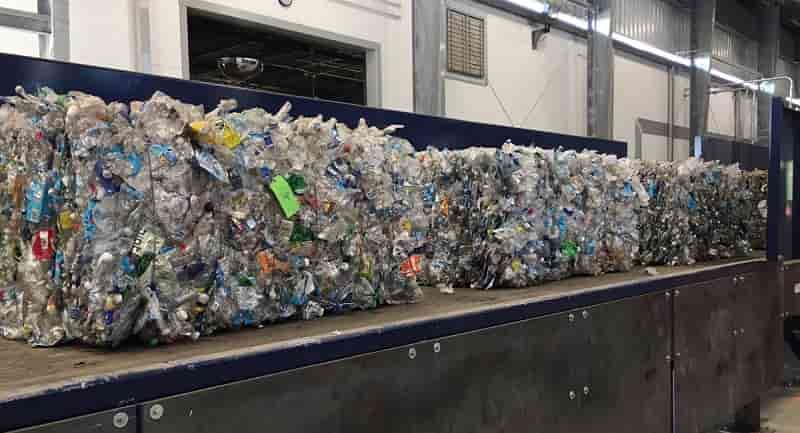 The purchase expands Celanese’s portfolio and broadens its geographic reach

n a deal that will combine two of the world’s leading engineering polymers businesses, Celanese has agreed to acquire the bulk of DuPont’s Mobility and Materials unit for $11 billion.  Re-Tex-technology – Engineering-polymers

The DuPont businesses, which the company earmarked for sale back in November, had total 2021 revenues of $3.5 billion and profits before taxes of $800 million. The purchase will be a major acquisition for Celanese, which earned $2.8 billion before taxes on $8.5 billion in revenues, and it will more than double Celanese’s engineered materials unit, which had $2.7 billion in turnover in 2021.

Roughly 5,000 employees and 29 manufacturing sites will move to Celanese in the deal, which companies aim to complete around the end of the year.

Included in the transaction are many materials that are used in demanding applications such as automotive and electronics parts. One key material is DuPont’s nylon 6,6 business, which has been a part of DuPont for more than 80 years. In addition, Celanese will get other DuPont engineering polymers such as long-chain and performance nylons and its polybutylene terephthalate and polyethylene terephthalate resins. DuPont’s polyester and ethylene acrylic elastomers and its Mylar and Melinex polyester films are also part of the deal.

“A high margin business that very much kind of fits hand and glove with our engineering materials business.”  Re-Tex-technology – Engineering-polymers 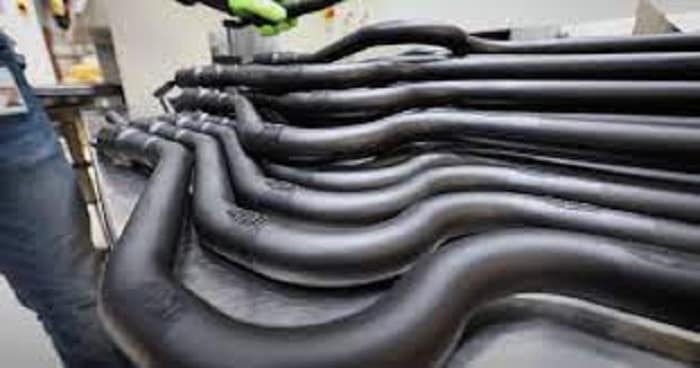 -With a weak lira, Turkey begs for foreign companies

Turkey’s currency crisis and global supply chain crisis have a silvery backing. The country is becoming an attractive alternative to foreign companies at the European Gate.

Turkey is taking advantage of its attractive geography as some European companies are reducing their dependence on Asia due to soaring sea freight and pandemic-related disruptions in their supply chains.

President Recep Tayyip Erdogan, whose policies contributed to the plunge in Lira, promoted a new slogan for export, “Made in Turkey,” using the national language instead of the internationally renowned “Made in Turkey.” ..

But his vision must overcome concerns about the complex relationship between Ankara and the European Union, and the independence of judicial and political uncertainties ahead of next year’s elections.

IKEA announced last year that it would like to move some of its production to Turkey. 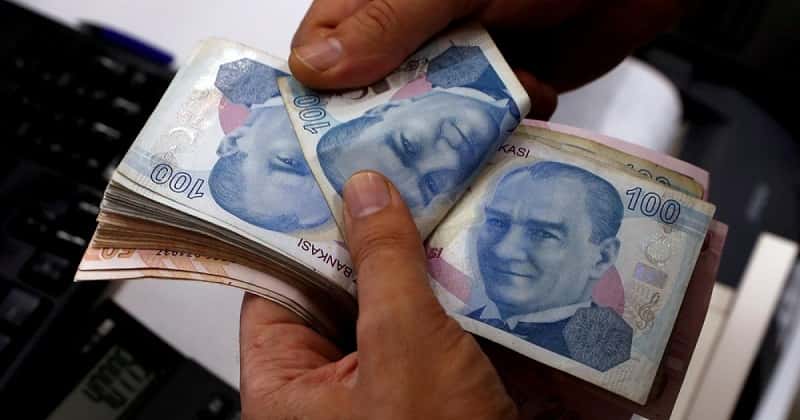