June 2, 2020
This content has been archived. It may no longer be relevant

Alpla Group is to increase its presence in the cosmetics, personal and household care markets after agreeing to buy Spanish blow moulding specialist Bopla S.A. for an undisclosed fee.

The Austrian converter said it intended to use Bopla’s expertise in the area of single-stage manufacturing to expand its own product portfolio.

Based in Les Franqueses near Barcelona, Bopla uses extrusion blow moulding and injection stretch blow moulding to produce plastics packaging. It employs around 50 people, all of which are to be retained. 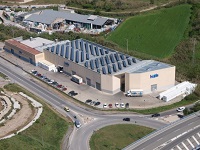 The running rates reduction comes amid a sharp decline in resin prices like polyethylene (PE). Experts believe the ongoing weakness may linger for an undetermined period, as reported by Petrochemical Update.

Petrochemical plants in the Americas are running at reduced rates, or in some cases idled, to try to balance out the erosion of downstream resin consumption caused by the Covid-19 pandemic. Petrochemicals Enzymes Recycling News

Domestic prices for resins have declined and export markets for North American resin have contracted.

Some chemical plants cut rates not just due to the decline in resins demand but because of their integration with refineries that in turn had to cut production after seeing fuel demand plunge.

Experts estimate most petrochemical plants may be running at rates anywhere from 60% to 80%.

While microplastic pollution from tyres remains a significant ocean pollutant, the engineers offer new ways to tear that vicious circle. The tyre-mounted device by The Tyre Collective helps reduce airborne pollutants and the amount of plastic that ends up in the ocean, Springwise reports.  Petrochemicals Enzymes Recycling News

Microplastic pollution from tyres is a mega problem, the experts say. It is increasing in volume as electric vehicles (EV) become more popular. The engineers from The Tyre Collective have created the electrostatic collection device sits behind a tyre close to the road.

In particular, such kind of pollution becomes a problem because the weight of the batteries in EVs causes more wear and tear on tyres. The end result is fewer exhaust fumes, and more microplastics, which can become airborne and thus present no less of a danger to human and environmental health than the emissions from gas-powered vehicles.

Company bringing 200 jobs to Athens is an essential university partner

When University of Georgia professor Jason Locklin met Daniel Carraway over 10 years ago, neither of them knew their professional relationship would result in a substantial economic development investment in Athens.

Back in 2008, Locklin, who is now director of UGA’s New Materials Institute, was an assistant professor in chemistry and engineering at UGA. Carraway, a UGA alumnus and serial entrepreneur, was looking at universities, trying to find the perfect spot for one of his employees to attend graduate school.  Petrochemicals Enzymes Recycling News

“We met and hit it off, and after that he decided he wanted the student to work for me,” Locklin recalled. “We started working on projects together and haven’t stopped since.”

Asia’s naphtha prices are finding support from regional buying, which is anticipated to hold steady in the near term, keeping market fundamentals buoyant.

Spot naphtha prices rose by some $20/tonne from the previous session on 29 May, and were at their highest in over two months, since 11 March at $329.00/tonne CFR Japan, ICIS data showed. 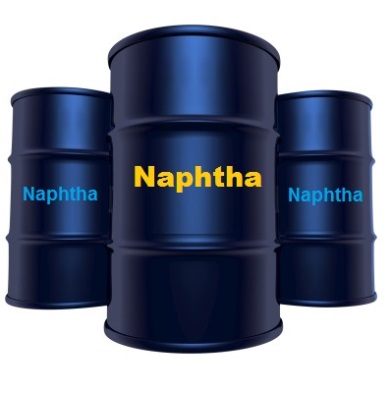 -Oil prices swept up in the risk-on rally

The MSCI All-Country Global Equity Index (an index of small-to large-cap stocks from 23 developed and 24 emerging markets) is just 12% off pre-coronavirus levels, having collapsed by almost 35% in March.  Petrochemicals Enzymes Recycling News

Global oil markets are also basking in the glow of improved demand sentiment, with Brent up by 75% since April. However, with global daily new coronavirus cases hitting a record 135,000 on 30 May, is this meteoric rise stoked by sound fundamentals, or are investors getting ahead of themselves? 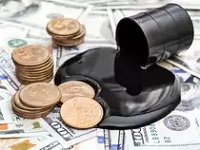 India, an emerging market giant, posted its slowest growth in more than a decade, while yet to show the full impact of a nationwide lockdown that brought economic activity to a standstill for more than two months.  Petrochemicals Enzymes Recycling News

The nationwide lockdown was due to be lifted this week, but restrictions will remain in place until the end of June for areas considered as high risk – referring to those with elevated number of novel coronavirus infections.

For the fiscal year ending March 2020, the country’s GDP growth decelerated to 4.2% from 6.1% in the previous year, with March-quarter growth slowing to 3.1%, official data showed.

AIMPLAS, with the support of the Valencian Institute of Business Competitiveness (IVACE), is developing the ENZPLAST2 project, whose aim is to develop new, more sustainable processes for producing, recycling and composting plastics.

Funded by IVACE and co-funded by the European Union (ERDF) through the Spanish Autonomous Community of Valencia ERDF operational programme (2014-2020), the ENZPLAST project focused in its first year on new methods for the synthesis of plastics that are safer for human health and more environmentally friendly.

Enzymes, in particular, were used instead of metal catalysts to obtain polyesters, which reduced the toxicity of these metal catalysts and lowering energy consumption during the polymerization process.  Petrochemicals Enzymes Recycling News

Plastic became widely used in the 1960s, with societies embracing the disposable lifestyle that offered them convenience and saved time.

Decades later, our dependence on plastic has become problematic. Our use has increased exponentially, with 2.3 million tons being produced in 1950, 162 million in 1993, to 448 million in 2015.  Petrochemicals Enzymes Recycling News

A vast amount of plastic is added into circulation each year, and less than a fifth of it gets recycled. In the US specifically, the recycling rate for plastic is less than 10%.

German equipment supplier Coperion now produces a line of extruders made to be customized to a plastics recycling facility.

Coperion, based in Stuttgart, Germany, manufactures a variety of compounding and extrusion systems for the plastics recycling industry, as well as bulk handling systems, weighing systems and more.  Petrochemicals Enzymes Recycling News

After the melt discharge stage, the plastic strands are conveyed to a strand pelletizer.