-Strong and elastic, yet degradable: protein-based-bioplastics

More than eight million tons of plastic end up in the oceans every year—a serious danger for the environment and health. Biodegradable bioplastics could provide an alternative. In the journal Angewandte Chemie, a research team has now introduced a new method for the production of protein-based plastics that are easily processable, biodegradable, and biocompatible, as well as having favorable mechanical properties.

Whether as packaging or toys, mulch films or cars, plastics based on petrochemicals are ubiquitous—demand is rising, and so are the piles of garbage. Bioplastics based on natural materials like starch, or synthetic biomaterials like polylactic acid, have exhibited inadequate durability, biocompatibility, and/or biodegradability in most cases. In addition, they often require complex, energy-intensive processing methods and toxic chemicals. Protein-based-bioplastics – Chemical-recycling

A team led by Jingjing Li and Yawei Liu (Chinese Academy of Sciences, Changchun, China), as well as Bo Wei (First Medical Center of PLA General Hospital) have now introduced novel bioplastics with properties that can be tailored according to need. To do this they developed two lysine-rich proteins and produced them in bacterial cultures: “ELP” is a polypeptide similar to the connective tissue protein elastin. It does not have defined folding, which leads to toughness and elasticity. “SRT” consists of ELP plus crystalline segments of a squid protein with a β-sheet structure.

ELP (or SRT) is crosslinked with a polyethylene glycol (PEG) derivative by way of its lysine amino side-groups. (PEG is used in pharmaceuticals, among other things.) If the crosslinking occurs in water, the material can then simply be dried in a mold. The result is a tough, transparent, solvent-resistant bioplastic. Its mechanical properties can be varied by changing the proportion of PEG. This allows for the production of bioplastics with high mechanical strength at room temperature in any shape desired, and without toxic chemicals or complex processing steps such as liquefaction, extrusion, or blow molding. Their breaking stress exceeds those of many commercial plastics. One problem left is that they swell in water.

If ELP is crosslinked in a water/glycerol solution, the material gels into soft, elastic bioplastics. The team also used wet spinning to produce biofibers that are as strong as some biotechnological spider silks. The natural enzyme elastase completely degrades all of the new protein-based bioplastics. Protein-based-bioplastics – Chemical-recycling

The largest oil producer in the UAE and its Austrian chemicals partner are lining up banks to help arrange a potential listing of their plastics venture Borouge within months, according to people familiar with the matter.

Abu Dhabi National Oil Company and Borealis said on Tuesday they’re considering an initial public offering of a minority stake in the business. They hired First Abu Dhabi Bank and an international lender for the IPO, the people said, asking not to be identified discussing confidential information. Protein-based-bioplastics – Chemical-recycling

The companies will appoint more banks for a listing that could come as early as mid-year, though timing could shift, the people said.

ADNOC and Borealis are separately arranging $2.75bn in financing from international banks to help fund a $6.2bn expansion to add a fourth production line at Borouge’s facility in Abu Dhabi, according to people with knowledge of the transaction.

Deliberations are ongoing and no final decisions on the timeframe have been taken, they said. Representatives for ADNOC and Borealis declined to comment on Borouge’s borrowing plans. First Abu Dhabi Bank didn’t immediately respond to a request for comment.

Founded in the late 1990s, Borouge manufactures plastics used in everything from automobiles and food packaging to medicine vials and piping systems. Its main plant is in Abu Dhabi. The company employs more than 3,000 people and serves customers across the Middle East, Africa and Asia.

OPEC’s third-biggest producer is pushing ahead with plans to list more businesses and raise funds for expansion by using its natural resources to attract investors and broaden capital markets. Protein-based-bioplastics – Chemical-recycling

ADNOC already raised about $1.9bn by listing two subsidiaries last year. The state company, which pumps almost all the oil and natural gas in the UAE, is also considering options, including a potential listing, for its transport unit ADNOC Logistics & Shipping as early as this year, according to people familiar with the matter. 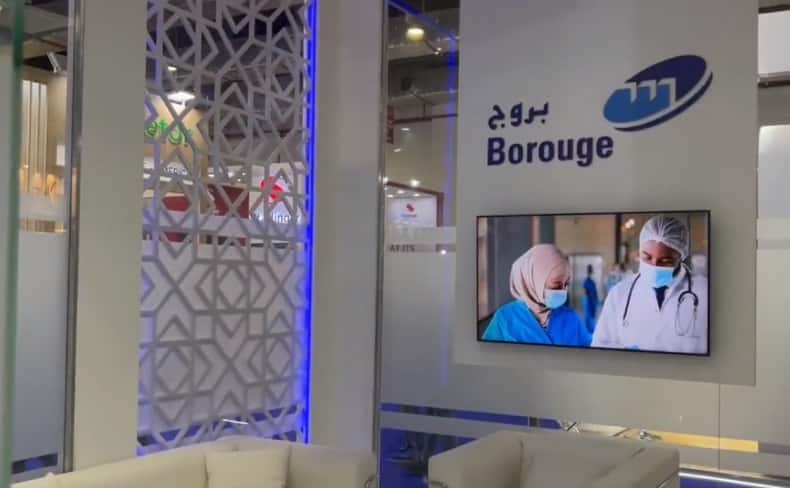 The company plans to use $11 million in Series A funding to commercialize its chemical recycling process. Protein-based-bioplastics – Chemical-recycling

Advanced recycling startup Novoloop, based in Menlo Park, California, has announced it raised $11 million in Series A financing. The funding will go toward expanding the company’s plastics chemical recycling process, called accelerated thermal-oxidative decomposition (ATOD), and bringing its production process to scale.

“Plastics are not going away anytime soon, so we need to innovate to close the gap between what is produced and what is repurposed,” says Miranda Wang, Novoloop co-founder and CEO. “Our vision is to scale up our technology’s processing ability into the tens of thousands of tons in the next three to four years.”

The round of financing was led by Envisioning Partners with participation from Valo Ventures and Bemis Associates. Earlier investors who joined the round included SOSV, Mistletoe and TIME Ventures. Protein-based-bioplastics – Chemical-recycling

The company says ATOD is a proprietary processing technology that breaks down polyethylene (PE) into chemical building blocks that can be synthesized into high-value products. The process will be used to create Oistre, a thermoplastic polyurethane (TPU) for use in high-performance applications, such as footwear, apparel, sporting goods, automotive and electronics.

The company says Oistre is the first TPU made from postconsumer PE that matches the performance characteristics of virgin TPUs made from petrochemicals. At the same time, Oistre’s carbon footprint is up to 46 percent smaller than conventional TPUs.

Development for the partnership with Bemis will begin in March. Wang says the product will first be used by Bemis Associates, a brand consultant based in Shirley, Massachusetts, for its Sewfree on Demand line as a possible replacement for virgin petroleum-based thermoplastic polyurethane.

“Novoloop has been a pioneer in the chemical transformation of plastic waste into high-performance chemicals and materials since [it was founded in] 2015,” Bemis says in a news release. Protein-based-bioplastics – Chemical-recycling

“By strategically investing in environmentally focused technologies, Bemis will continue to solidify its position as a leader in sustainability and to offer a variety of environmentally friendly products to the market.” 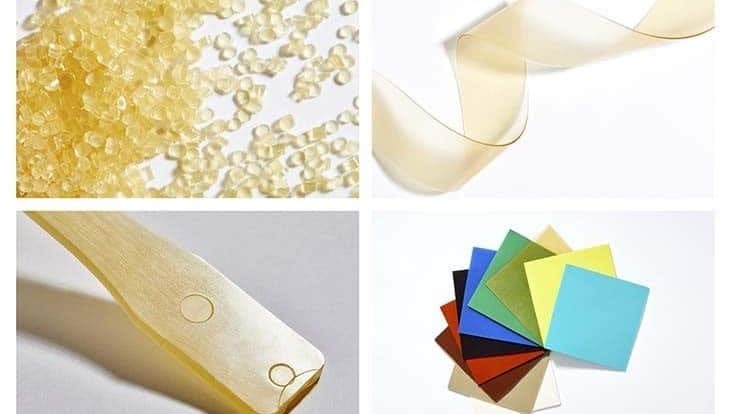 According to a news release from Polystar, new regulations in various countries now require producers to use a higher percentage of recycled content in flexible and rigid packaging products. The company says the instability of raw material prices and supplies requires plastic producers to better recycle their byproducts.

In light of the increase in demand, Polystar says by the end of April 2022, more than 110 recycling machines will be shipped within 12 months. That figure is twice as many compared with last year. Protein-based-bioplastics – Chemical-recycling

According to Polystar, the need for larger capacity machines and more machines has increased. The 800- to 1,000-kilograms-per-hour, or 1,700- to -2,200-pounds-per hour, pelletizing extruders have become a standard for postconsumer and some postindustrial recyclers.

Polystar says its Repro-One recycling technology is a combination of shredder, extruder and pelletizer in one machine.

This one-step process produces the best possible pellets quality at the lowest operation cost, according to the company, enabling producers to reuse pellets back in polypropylene tape extrusion lines. Protein-based-bioplastics – Chemical-recycling

The company says it can better serve customers with faster machine delivery times and spare parts support by keeping machine components in stock.

Polystar’s manufacturing facility in Taiwan continues to operate at 100 percent during this time, ensuring customers receive the recycling machines within a short time.

-Asahi Kasei Medical has decided to expand the production capacity of Planova™ filters by constructing a new assembly plant in Nobeoka, Miyazaki, Japan.

The new plant will be designed to realize a smart factory by accelerating manufacturing automation and digital transformation in order to enhance quality and production efficiency. Protein-based-bioplastics – Chemical-recycling

The construction is scheduled to begin in the third quarter of the calendar year 2022, with expected completion in early 2024.

The COVID-19 pandemic has triggered the rapid growth of the biotherapeutics market and increased the urgent demand for Planova™ filters, which are indispensable to develop and commercially produce new drugs in pharmaceutical companies. Asahi Kasei Medical has been making significant milestones in expanding production capacity to meet such demands. This new assembly plant follows the investment announced in 2021 for the expansion of the spinning plant for Planova™ BioEX in Oita, Japan.

As for the Planova™ N series filter, all six existing plants, including the spinning plant completed in 2019 in Miyazaki, Japan, have been operating efficiently to meet the increasing demand worldwide. Protein-based-bioplastics – Chemical-recycling

Asahi Kasei Medical is the global market leader in virus filtration, with its Planova™ filters having an unrivaled 30-year history of trusted use in the production of biotherapeutics. Asahi Kasei Medical aims to provide “Assurance Beyond Expectation” in the form of innovative yet exceptionally reliable bioprocess consumables, equipment, scientific support, and biosafety testing services to help biologics manufacturers safely and efficiently produce medicines that patients can trust.

A method of producing vital chemical building blocks for use in the pharmaceutical and agrochemical industries that mimics how plants manufacture them has been developed by University of Warwick scientists.

Using enzymes in the same way that plants do, the scientists have created bacteria that ‘digest’ molecules to synthesise new compounds in a process that is reusable and produces minimal waste products. Their results are published in a new study in the journal ACS Catalysis and could help the pharmaceutical and agrochemical industries in making their manufacturing process more environmentally friendly.

The scientists were particularly interested in reproducing a process in plants called the indole-3-acetamide (IAM) pathway, that allows the plant to produce compounds such as indolic amides, carboxylic acids and auxins. These compounds have a number of agrochemical and pharmaceutical applications but are difficult for industry to manufacture except by using chemical catalysts, which produce a lot of toxic chemical waste. Protein-based-bioplastics – Chemical-recycling

While scientists have been aware of how nature produces these molecules for decades, until now the technology did not exist that could take advantage of it. Now for the first time, a team based at the Warwick Integrative Synthetic Biology Centre has developed a process that uses enzymes in a series of cascade reactions to break down molecules and synthesise them into the required compounds, in the same way a plant would. 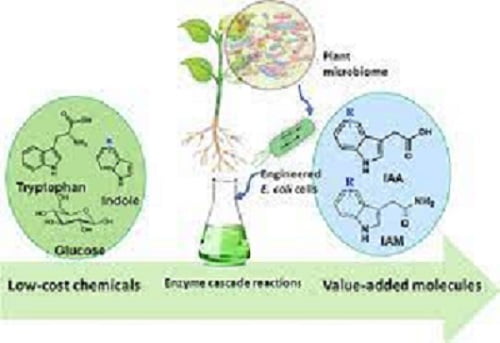