The $1.1 billion investment will lead to a state-of-the-art advanced recycling facility in Point Township, Penn., to convert PCR to feedstock for new products.

Chemical recycling innovator and producer Encina has announced that it will invest $1.1 billion to build a new, state-of-the-art manufacturing facility in Point Township, Pennsylvania. This proposed facility, named The Point Township Circular Manufacturing Facility, would be the first in the region to use advanced technologies to convert post-consumer materials into feedstock that can be used to manufacture thousands of new products. Construction is expected to begin in fall 2022, and the facility is expected to be fully operational by fall 2024.

The Point Township Circular Manufacturing Facility will process over 992-million lb/yr of post-consumer materials, diverting the vast majority from landfills and away from incinerators. This facility would reduce the need to produce new plastic from oil and gas resources, providing circular solutions to customers committed to reducing their impact on the environment to build a circular economy.

According to an analysis by the Pennsylvania Manufacturers Association, the construction and operation of this facility are projected to inject more than $2.1 billion into the local and state economies over the next five years. Construction is expected to last 24 months and employ 750 local workers. Once fully operational, the Point Township Circular Manufacturing Facility would have 300 full-time employees. Encina is committed to hiring and utilizing local businesses wherever possible on this project. Non-reusable-plastic – Textile-recycling 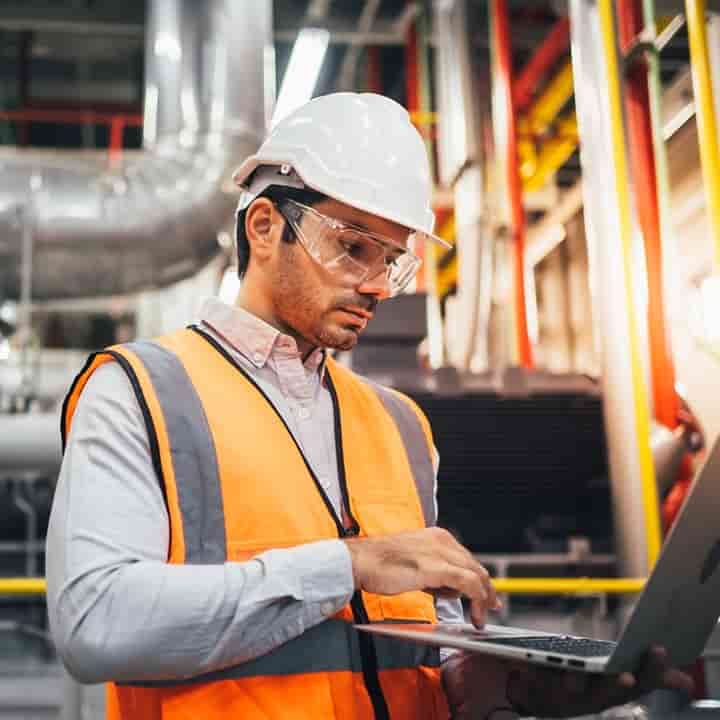 On 9 April 2022, the Official State Gazette published Law 7/2022 on Waste and Contaminated Soils (referred to as the Law). The new Law aims to establish the principles of the circular economy, as well as contribute to the fight against climate change and the protection of the marine environment.

Specifically, the Law addresses the obligation for Spain to transpose two European Union (EU) Directives: first, Directive (2018/851) which will modify the Waste Framework Directive and second, the Single-Use Plastics Directive (2019/904), where the purpose is to reduce the environmental impact of certain plastic products.

The Spanish legislature has approved a new tax on non-reusable plastic packaging, which will take effect as of 1 January 2023. Non-reusable-plastic – Textile-recycling

The new tax has a very broad scope, tax rate of €0.45 per kg of non-recycled plastic packaging and is envisaged to collect approximately €724m of revenue annually for the Government. It is configured similarly to the new plastic packaging tax approved in Italy, which is also expected to enter into effect on 1 January 2023. However, there are greater differences compared to the plastic packaging tax already in force since 1 April 2022 in the United Kingdom (UK).

The new tax will impact most industrial and consumer products businesses, as it: (i) is applicable on the manufacturing, importation and intra-community acquisition of non-reusable plastic packaging for its final use within the Spanish market; (ii) covers both the transactions of (empty) packaging materials itself and packaged products; and (iii) is applicable to primary, secondary and tertiary packaging. 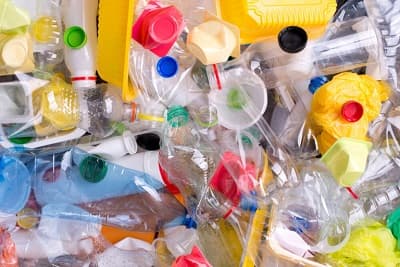 -China to up its textile recycling capability

China, producer of half the world’s textile fiber, has unveiled a guideline that aims to significantly beef up its capability to recycle textile waste, most of which is nonbiodegradable. Non-reusable-plastic – Textile-recycling

Experts have lauded the initiative for its potential role in promoting low-carbon, circular economic development, saying it will contribute to the country’s ambitious climate and pollution targets.

The country aims to recycle a quarter of its textile waste and use it to produce 2 million metric tons of recycled fiber annually by 2025, according to a document unveiled by the National Development and Reform Commission, the country’s top economic planner, and the ministries of industry and information technology, and commerce.

Five years on from 2025, a relatively complete system for textile waste recycling will have been established in the country, it said. By then, China will be able to recycle 30 percent of its textile waste and produce 3 million tons of recycled fiber annually.

“As a key part of establishing and then improving a green, low-carbon and circular economic system, recycling helps in resource conservation and the reduction of pollutants and carbon emissions,” the commission said in a news release.

Zhao Kai, executive vice-president of the China Association of Circular Economy, said that as people live wealthier lifestyles, there is a greater demand for clothing, which creates more waste.

Only about one-fifth of the roughly 22 million tons of textile waste generated in the country in 2020 was recycled. China produced only 1.5 million tons of recycled fiber that year.

“There is a lot of room for improvement in the country’s capability to recycle textile waste,” Zhao stressed.

The guideline will hopefully address a series of weak links in textile waste recycling, he continued. Non-reusable-plastic – Textile-recycling

The document, for example, vows to introduce preferential policies to motivate companies to improve product design, so that they can be more easily dismantled, classified and recycled after being discarded.

Aside from improving the network for collecting textile waste, he said, the guideline also aims to address problems that hinder reuse and recycling.

The country will hammer out and strive to improve the industrial standards and norms on cleaning, disinfection, epidemic control and trading of secondhand clothes, he said. Export control of used garments will be further strengthened. 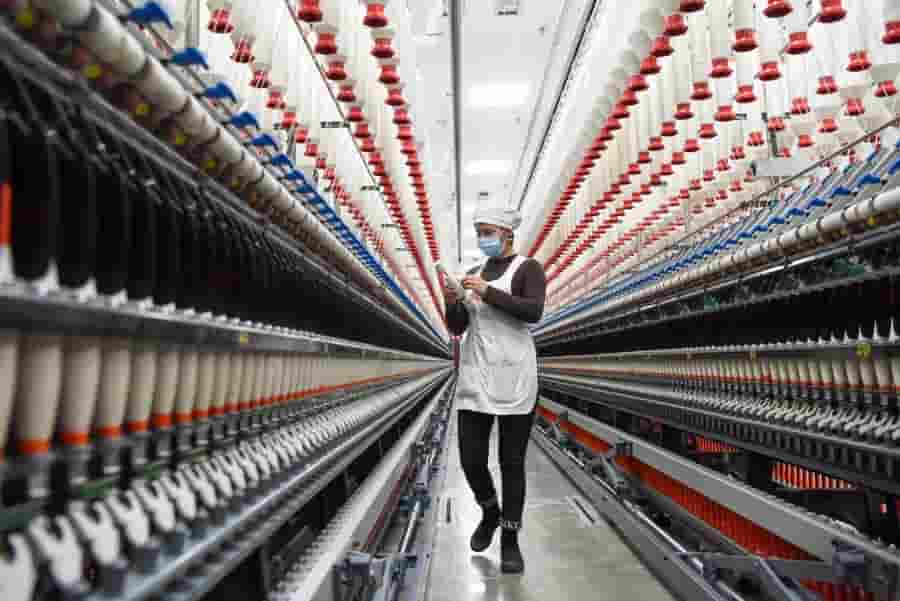 For the first time, consumer good companies are joining forces through The Consumer Goods Forum (CGF) to set the agenda for the development of new plastic recycling technologies. The CGF’s Coalition of Action on Plastic Waste has published an independent scientific study last week which demonstrates that the chemical recycling of hard-to-recycle plastic waste could reduce the climate impact of plastic when compared to waste-to-energy incineration. Non-reusable-plastic – Textile-recycling

As part of its mission to tackle the plastic pollution challenge and help advance a world where no plastic ends up in nature, The Consumer Goods Forum’s (CGF) Plastic Waste Coalition of Action (the Coalition) is pleased to announce the publication of a Vision and Principles Paper, entitled “Chemical Recycling in a Circular Economy for Plastics” which encourages the development of new plastics recycling technologies that meet six key principles for credible, safe and environmentally sound development. In support of this position paper, the Coalition has also published a new independent Life Cycle Assessment (LCA) study, that demonstrates that the chemical recycling of hard-to-recycle plastic waste could reduce the climate impact of plastic when compared to waste-to-energy incineration.

Guided by the global commitment led by the Ellen MacArthur Foundation, and in line with the newly announced UN Treaty on Plastic Pollution, the Coalition is committed to driving progress towards realising a circular economy. To this end, in 2021, the Coalition launched its full set of Golden Design Rules, for the design of plastic packaging. At the same time, members developed a framework for optimal Extended Producer Responsibility (EPR) programmes, as part of their engagement in advanced and transitional markets to increase recycling rates for packaging that cannot be reused. The Coalition is equally working to encourage recycling innovation to close the loop, including chemical recycling to complement the growing mechanical capacity. Non-reusable-plastic – Textile-recycling 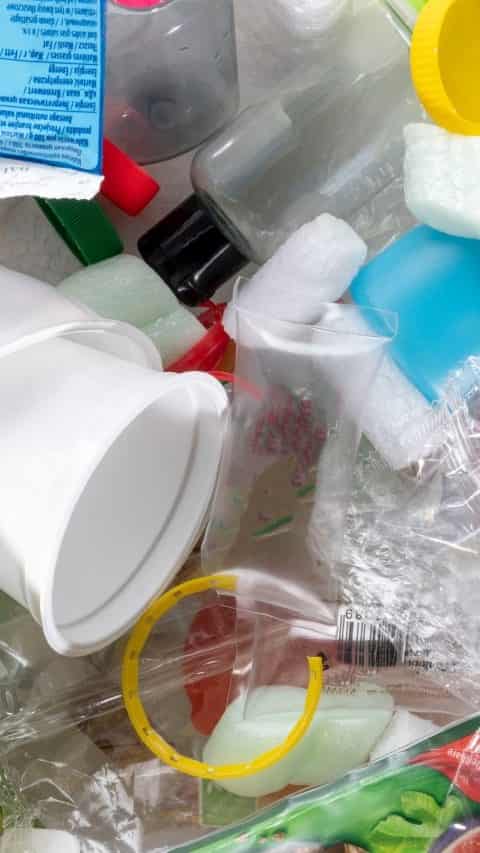 The Consumer Goods Forum (CGF) has published an independent scientific study that demonstrates the chemical recycling of hard-to-recycle plastic waste could reduce plastic’s climate impact when compared to waste-to-energy incineration.

The CGF’s Coalition of Action on Plastic Waste and 16 member companies co-authored a paper that outlines a set of principles for the credible, safe and environmentally sound development of the chemical recycling industry.

Ignacio Gavilan, sustainability director for CGF, says: “There are many components needed to achieve a more positive future for plastic. Our focus must be to reduce dependency on plastics and improve packaging design, curbing the use of problematic materials and excess packaging. But where plastic packaging cannot be eliminated, reused or recycled using other methods, chemical recycling has a role within the circular economy.”

“Chemical recycling takes plastics that can’t be mechanically recycled and transforms them into materials that can be used to make new plastics. Used in the right way as part of a holistic approach, chemical recycling can contribute to a world where no plastic ends up in nature.”

The paper assesses key criteria by which chemical recycling can be developed to reduce greenhouse gas emissions (GHG) effectively. These are: 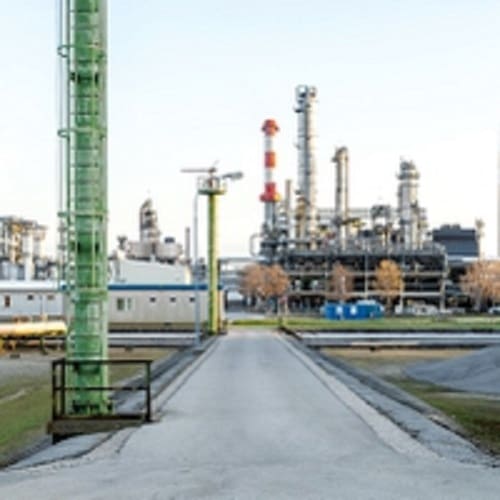 More and more companies around the world are focusing on ESG themes. But very few of them really make sustainability part of who they are. As a matter of fact, our Group has made ESG and circular economy innovation the core of the company’s values, the engine of its business growth, the key to risk mitigation.

We pride ourselves on making products that change the world. Prada, Gucci and Burberry are just few of the brands that have chosen our flagship product branded ECONYL®, a special type of Nylon made from regenerated waste materials (like old carpets, fishing nets, industrial fabrics), which has a way lower environmental impact in terms of CO2 emissions and a much higher growth rate than traditional fibres. Given its unique features, ECONYL® puts our company at the forefront of the circular economy revolution in textiles. Non-reusable-plastic – Textile-recycling

Our ESG efforts have not been limited to circular economy innovation. Aquafil has always had a 360-degree commitment to sustainability, considering not only environmental but also social and governance aspects. Since 2008, we have formalised our commitments in our ECO PLEDGE®, a set of five principles that inspire all the Group’s activities:

In the first chapter of this report, we deep dive into our values, our story, our achievements; we introduce our new brand manifesto; we explain why ECONYL® represents not only our proudest achievement but also our source of competitive advantage; we show how our economic performance and sustainability efforts are profoundly intertwined. Non-reusable-plastic – Textile-recycling 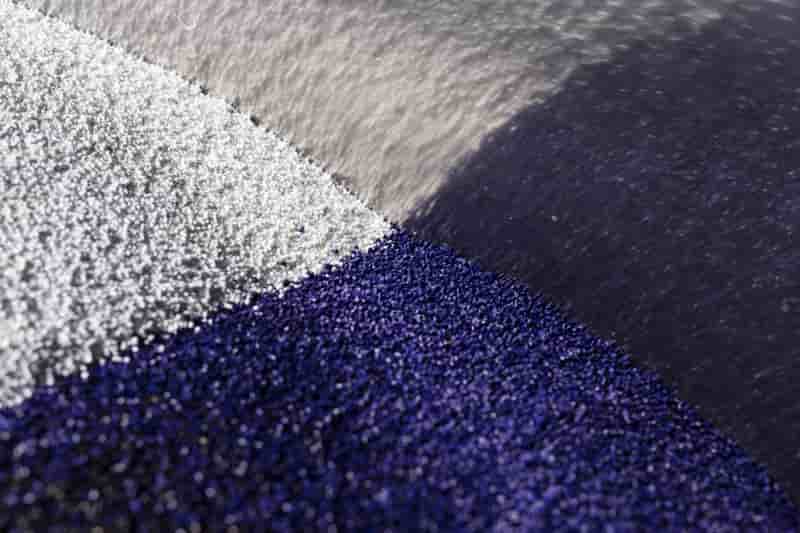