September 28, 2021
This content has been archived. It may no longer be relevant

-BASF to scale up decarbonisation

Germany-based BASF aims to scale up two key decarbonisation technologies in the second half of the decade, its CEO said.

“There are innovative technologies in the pilot phase now – one of them is the electric cracker and the other is methane pyrolysis – two key technologies to actually manage this transformation,” said Martin Brudermuller, CEO of BASF, at a fireside chat during the ICIS Power Players Awards virtual event.

“We are now building pilot facilities – the first entry of these technologies, to learn about them. And then we have to go very quickly into scale-up. And the scale-up will then be in the second half of this decade, so that we will have the first real contribution [by] 2030,” he added.

In March, BASF joined forces with SABIC and Linde to develop the world’s first electrically heated steam cracker furnace which would use electricity to heat furnaces rather than natural gas.

If the electricity comes from renewables such as wind and solar, the new technology could slash CO2 emissions by as much as 90%, according to the companies. 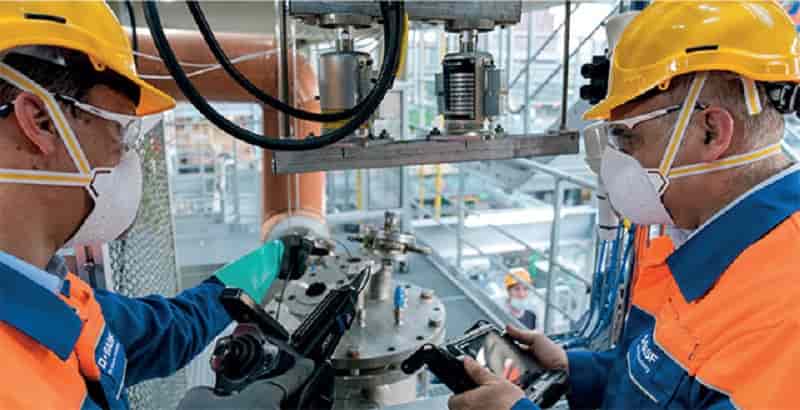 Germany’s parties in the “democratic centre” should form a coalition government and present within 100 days an industrial policy that could help the chemicals industry overcome the challenges it faces, trade group VCI said on Monday.

The speedy formation of a government the VCI is asking for may not be on the horizon, according to analysts, after nearly 80% of the 60m German voters called to the polls returned a hung parliament.  Decarbonisation Technologies CO2 Emissions

The largest party, the social democrats of the SPD, only obtained 26% of the votes, according to projections as of Monday morning cited by Reuters.

Not far-off, the conservatives of the CDU/CSU with 24.5%, its worst result in decades and the party closed the 16 years of Angela Merkel as Chancellor, or head of government.

But the kingmakers after the 2021 election may be the upcoming force in the left, the Greens (around 15% of the vote), and the liberals of the FDP with around 12%. 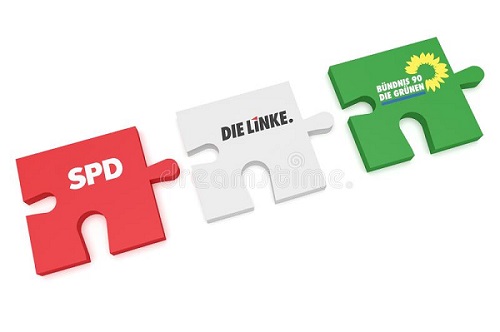 The successful “pilot project has the potential to scale up and replicate throughout the country to convert PPE waste into useful and safe products,” RIL said in a statement.

A substantial increase in demand for single-use plastic items such as Personal Protective Equipment (PPE), masks and gloves has been witnessed since the pandemic.

Across India, more than 200 tonne of COVID-19 related waste was generated every day in May 2021. So far, this hazardous PPE waste is incinerated at central waste management (BMWM) facilities. Incineration is energy-intensive and leads to the release of harmful greenhouse gases. 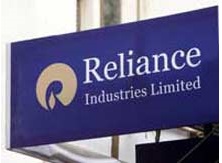 Since introducing its CARE (circularity, alliances, resources and employees) strategy last year, Paccor, a leading German packaging manufacturer, has steadily worked to progress its aim of accelerating the transformation toward a more circular economy.

CARE work as a guide in the implementation path for its sustainability practices. The strategy will also provide support for the company in achieving its goal of recyclability in practice and at scale for all products by 2023, ahead of the European Union timescale, the Düsseldorf-based company said. Decarbonisation Technologies CO2 Emissions

Paccor officials said the search for the most sustainable packaging materials for a safe and efficient food value chain is one of the company’s fundamental steps in accelerating the transformation toward a circular economy. The first step on the roadmap to reach those goals is to further increase the use of post-consumer resin, from both mechanical and chemical technologies, as well as alternative bio-based materials.

“As these alternatives are in demand, we are sure that our strategy will help our customers offer a wider range of packaging solutions to the end consumer and help them achieve their sustainability goals and commitments,” CEO Andreas Schütte said. “With a healthy mix of reduce, recycle and replace, we will succeed in meeting the targets set by the legislator for the industry.” 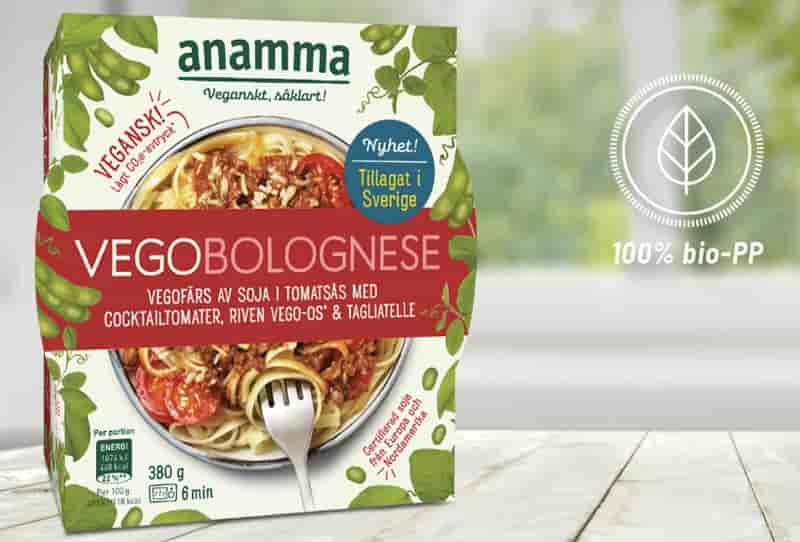 Trutzschler Nonwovens, Trutzschler Card Clothing, and Voith have announced at Booth 2327 Index 2021 that they are exhibiting a wide range of machines for sustainable non-woven fabrics for wipes, hygiene, or medical textiles. The indexes are Edina and Palexpo. The famous exhibition will be held from October 19th to 22nd, 2021. Decarbonisation Technologies CO2 Emissions

Plastic-free initiatives around the world affect everyone, including consumers, product developers, non-woven manufacturers, and ultimately non-woven machinery suppliers. Trützschler Nonwovens and Voith are working on the quest for more sustainable and affordable non-woven fabrics in the wipe segment with two proven technologies for producing pulp-based non-woven fabrics. First is the WLS (wet raid / span lace) line. More than a handful are used worldwide and are primarily targeted at the washable wipe market. In the index, Trutzschler presents the latest next level / WLS baby wipes and body wipes. The company said in a press release that this was a joint development by Voith and Trützschler.

Trutzschler Nonwovens, Trutzschler Card Clothing, and Voith have announced at booth 2327 INDEX 2021 that they are exhibiting a wide range of machines for sustainable non-woven fabrics for wipes, hygiene, or medical textiles. IND EX is Edina and Palexpo. The famous exhibition will be held from October 19th to 22nd, 2021. 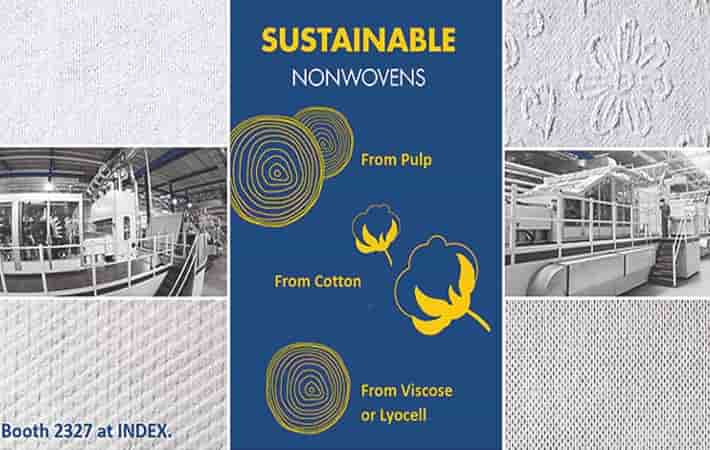 -The Growth of PET Bottle Recycling in Japan

In recent years, many countries around the world have enjoyed the economic benefits of plastics while simultaneously facing serious environmental problems caused by their inappropriate disposal. In order to tackle concerns about plastics, these countries, as well as the international community, have been working to create new legislative and corporate initiatives. In this context, and to strengthen control over the use of plastics, Japanstarted charging for plastic bags in 2020, and adopted the Act on the Promotion of Resource Recycling for Plastics in 2021.

Among plastics, PET has been one of the most widely utilised materials since it was first synthesized in the mid-1940s. Globally, more than 50% of synthetic fiber is produced from PET, and as an inert polymer it serves as an ideal material for beverage bottles which require a barrier to the ingress of oxygen. In addition, PET is the most recycled plastic. In Japan, the collection rate for PET bottles has reached 90% (PET Bottle Recycling Promotion Council, 2017), which is quite high compared to Europe and the US. Both the 1997 Container and Packaging Recycling Law and widespread practice of sorting waste among consumers contribute to this high collection ratio. Decarbonisation Technologies CO2 Emissions

CCET is organising a webinar that features speakers from the Ministry of the Environment, local municipalities, recycling companies, the beverage federation, Containers and Packaging Recycling Association, and others involved in the recycling of PET bottles in Japan. It will be held in October in consideration of urban sustainability, as that month is defined as “Urban October” by the United Nations Human Settlements Programme (UN-HABITAT). 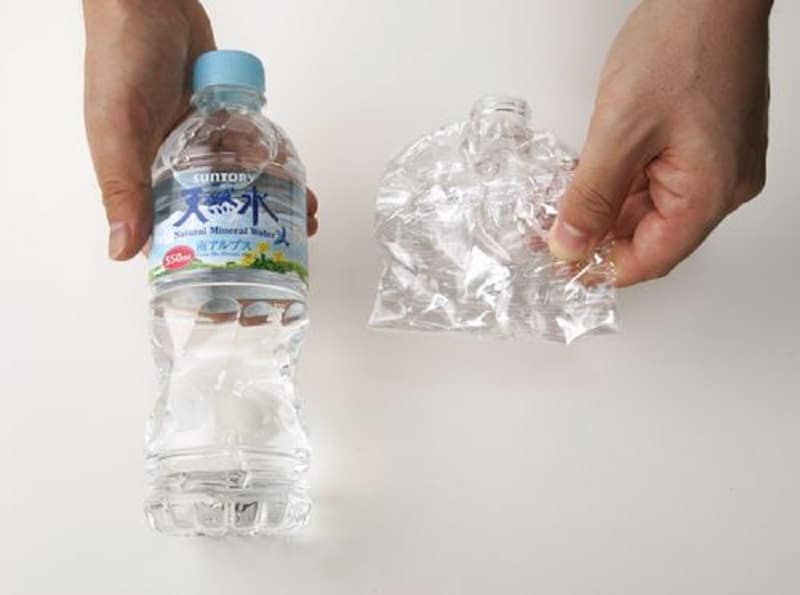 INEOS Styrolution, the global leader in styrenics, and Edge Solutions, a Dundee-based innovator dedicated to the optimisation of wind energy generation, announce today the development of armourEDGE protection for wind turbine blades based on a customised version of INEOS Styrolution’s Luran® SC material.

‘Leading edge erosion’ is a serious issue with large commercial wind turbine blades. It is caused by environmental impacts including rain, hail, ice, salt and UV. Such damage of the blade surface leads to increased drag and ultimately to reduced energy production. Decarbonisation Technologies CO2 Emissions

It also drives operating cost up due to increased maintenance, regular blade replacement and downtime of the generator.

While the issue already exists for onshore installations, it becomes even more significant for offshore windfarms, operating under extreme conditions.

Based on specifications defined by Edge Solutions, INEOS Styrolution developed a specific material solution using its Luran® SC product. This material became the basis for the armourEDGE shield – a leading edge protection solution that significantly reduces the impact of environmental factors on the leading edge of wind turbine blades. The armourEDGE shield leads to significantly less downtown and maintenance cost. It also results in an increase in annual energy production. 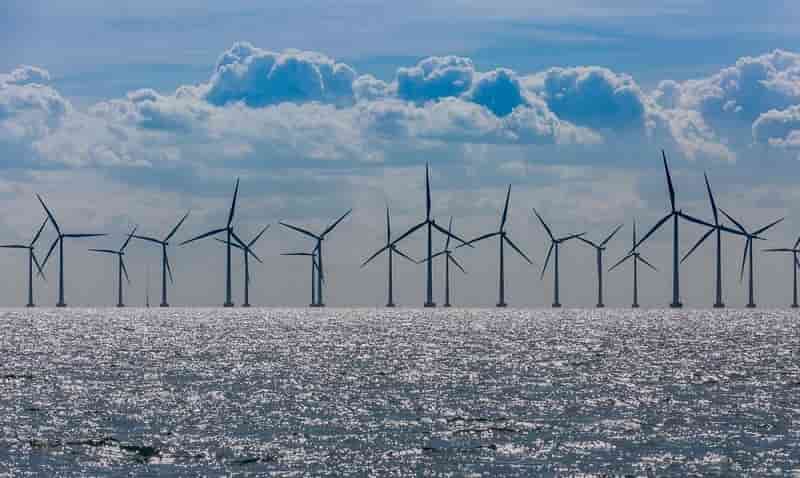 The growth of the PP compound market for automotive industry can be attributed to the growing usage of lightweight materials in ICE vehicles and electric vehicles (EVs). Also, there has been a growing demand for long fiber polypropylene compounds for automotive front-end carriers, instrument-panel carriers, consoles, door panels, underbody shields, and pedals. The majority of the vehicles produced around the globe are ICE vehicles as they are more economical and easily accessible, due to which, the majority of PP compound for automotive industry is being consumed during the production of internal combustion vehicles.

Thermoplastic polyolefins (TPO) are used for applications that require high impact strength. TPO is polypropylene compounded with a rubber/elastomer without being vulcanized.  Decarbonisation Technologies CO2 Emissions

Polypropylene compound, which contains vulcanized rubber/elastomer, is termed as thermoplastic vulcanizate (TPV). These have high-elastic strength and are used for coverings and tubes. TPO and TPV are widely used in automotive interiors for parts such as instrument panels, center consoles, and interior trims. Interior parts that require good aesthetics along with a soft touch, make use of TPO and TPV. 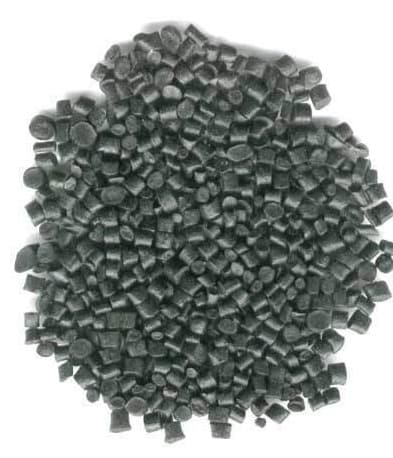 Amid the growing plastic waste crisis, metabolic engineering researchers from the Korea Advanced Institute of Science and Technology (KAIST) have successfully observed how bioplastic granules of polyhydroxyalkanoates (PHAs) accumulate in living bacterial cells with the help of 3D holographic microscopy, bringing new knowledge into the biosynthesis of sustainable plastics.

Widely endorsed as an eco-friendly alternative to synthetic plastics, PHAs are bacterial polyesters used to create biodegradable plastics. But before they became the building blocks of bioplastics, they were originally energy and carbon storage materials, which existed as insoluble granules and synthesised as a result of bacteria growing in an environment with excess carbon sources. And up until recently, the exact mechanisms behind the synthesis of these granules have remained elusive.

Many researchers have attempted to analyse these PHA granules in vivo using a range of tools such as fluorescence microscopy, transmission electron microscopy, and electron cryotomography. However, transmission electron microscopy relies on the statistical analysis of multiple 2D snapshots of fixed cells or the short-term monitoring of the cells, and fluorescence techniques make use of fluorescence labelling or dye-staining that can also affect the viability of cells. Therefore, scientists could not examine the real-time accumulation of PHAs in live cells. Due to these technical limitations, scientists have long struggled to fully understand the underlying processes of PHA granule formation.

The company says its PureBarrier technology, which is based on Genuine Vegetable Parchment, can be used as a sustainable alternative to non-renewable oxygen barrier packaging, as it is apparently biodegradable and compostable.

The technology features oxygen and gas barrier properties, as well as natural wet strength, according to the company. It claims that the PureBarrier technology is naturally grease resistant.  Decarbonisation Technologies CO2 Emissions

In addition, the company says the PureBarrier technology does not contain any loose fibre or added chemicals. It can also be made heat sealable with a biopolymer, which apparently means it is suitable for a number of applications. 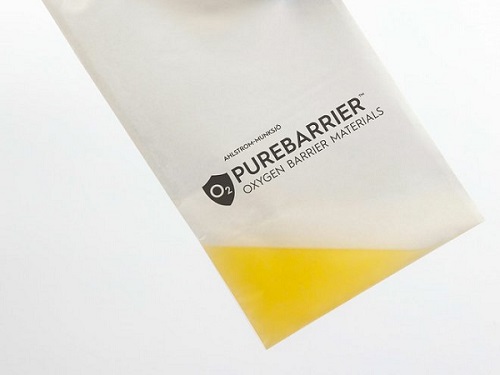