The first green hydrogen station in Cyprus, which will help cut greenhouse gas emissions, will be funded by the European Commission.

The green hydrogen generation and refueling station, known as GreenH2CY, is regarded as ground-breaking not just in Cyprus but also throughout all of Europe, according to the business. It was emphasized that by encouraging the decarbonization of the transportation sector, it helps to meet the goals for reducing greenhouse gas emissions.

A PEM-type electrolyser will be installed and run as part of the project. 150 tonnes of hydrogen fuel are anticipated to be produced annually by the hydrogen plant. The yearly equivalent of this is 627 tonnes of diesel fuel.

In order for the finished product to qualify as green, the energy will be provided by a local renewable energy provider who will use Guarantees of Origin (GOs) to prove that only renewable energy sources were used. Green-hydrogen – Plastic-Recycling 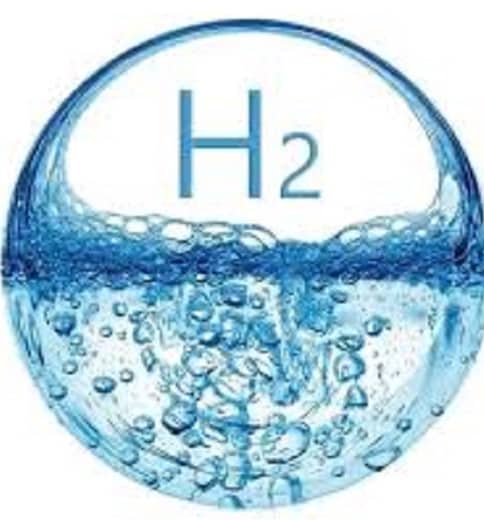 The “India Plastic Recycling Market, By Type, (Polyethylene, Polypropylene, Polyvinyl Chloride, Polystyrene and Others), By Source, By Method, By End User, By Region, Competition Forecast & Opportunities, FY2027” report has been added to ResearchAndMarkets.com’s offering.

India plastic recycling market is projected to grow at a significant CAGR during the forecast period, 2023-2027. Green-hydrogen – Plastic-Recycling

The market growth can be attributed to the increasing production of plastic and rising demands for the same across various end user industries. Besides, increasing government investments in the recycling process and machinery coupled with the growing application of lightweight plastic components are some of the factors propelling the growth of the India plastic recycling market.

Plastic trash and its growing accumulation on landfills and ocean pose a serious environmental danger. Plastic components lack the ability to biodegrade and survive for many years. Plastic waste is dumped into bodies of water, where it is carried deep into the oceans and seas, where it is either swallowed by larger marine life or traps smaller marine life.

Advances in research for efficient utilization of plastic and growing environmental awareness about plastic waste are also fueling the growth of the India plastic recycling market during the forecast period.

Plastic recycling is the process of reusing and reprocessing plastic to create new products and other valuable items while minimizing the amount of waste being produced. The practice is expanding quickly to reduce reliance on landfills, conserve resources, and safeguard the environment from plastic waste and greenhouse gas emissions. Active recycling is done with plastics like polyethylene terephthalate (PET), polyethylene (PE), polypropylene (PP), polyvinyl chloride (PVC), polystyrene (PS), etc.

Additionally, the country’s conditions for producing plastic garbage were made worse by the recent pandemic emergency. With increased single-use product consumption and disposables made of plastic, the generation of plastic has increased during the past two years, which has generated a greater need for plastic recycling. Investments by market players to introduce new and improve plastic recycling technologies for reducing carbon footprint are also adding to the market growth. Green-hydrogen – Plastic-Recycling

The Indian government is making a lot of effort to reduce pollution brought upon by plastic garbage. The wastewater management criteria support the Yamuna Bachao Andolan and other environmental measures developed by the Delhi Pollution Control Committee (DPCC). If these requirements are met, the filthy water in Delhi will be cleaned.

Further supporting the expansion of the India plastic recycling market over the next five years are government programs like the Swachh Bharat Mission and the prohibition of single-use plastic items by 2022 under the authority of the Plastic Waste Management Amendment Rules, 2021.

Polyethylene terephthalate (PET) is expected to hold the highest share in the India plastic recycling market, owing to the easy and cost-efficient recycling process and growing PET use in most plastic products. 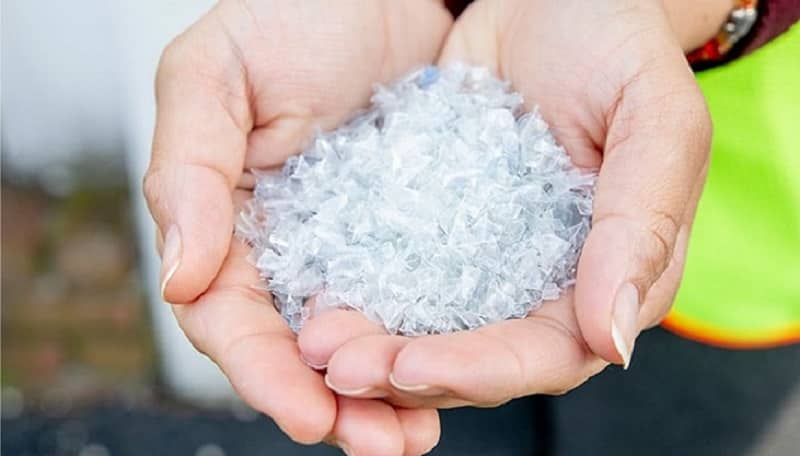 -Program to beef up plastics recycling

A joint working group consisting of industrial associations, plastics producers and recyclers has initiated a program to beef up the recycling of flexible plastics in China, a move experts believe will reduce waste and help with national climate targets.

Launched by the Green Recycled Plastics Supply Chain Joint Working Group and the plastic recycling branch of the China National Resource Recycling Association in Beijing on Thursday, the program aims to build up a recycling system across the entire industrial chain of flexible plastic packaging. Green-hydrogen – Plastic-Recycling

By 2025, the system is expected to help annually recycle 50,000 metric tons of packaging.

The working group was established in 2020 by the recycling association, the China Petroleum and Chemical Industry Federation, and 16 other companies, including the China Petrochemical Corp.

As the world’s largest plastics producer and consumer, over 60 million tons of waste plastic is generated every year in China and only around 30 percent is recycled, according to the two organizations.

Due to the low return value of recycling, roughly 43 million tons of waste plastic was incinerated or landfilled, the production of which used up some 76 million tons of high-quality crude oil.

Zhou Yunfei, director of the office for the program, said that starting from pilot and demonstration projects, the program will be gradually extended to first, second and third-tier cities across the country by 2025.

Li Jinghong, a professor from Tsinghua University’s Department of Chemistry and an academician at the Chinese Academy of Sciences, said the recycling of flexible plastic is always a challenge.

The proportion of flexible plastic that is recycled is far below the average level for all plastic products, he said. In addition to its low return value in recycling, its high possibility of becoming tainted and low consumer awareness of recycling are also factors to blame.

Wei Honglian, chief engineer of China Solid Waste and Chemicals Management, an affiliate of the Ministry of Ecology and Environment, spoke highly of the program’s design.

The disposal of waste plastic via incineration and landfills has not only resulted in a huge waste of resources, but also prevented the unleashing of their potential through recycling to reduce carbon dioxide emissions, he said.

Based on certain types of flexible plastic packaging, the program intends to choose pilot cities to promote the construction of recycling and utilization systems, in an effort to explore viable paths to optimize the entire industrial chain.

“The program is well-designed and also very forward-looking, with its focuses on bottlenecks and difficulties in plastic pollution control,” he said. 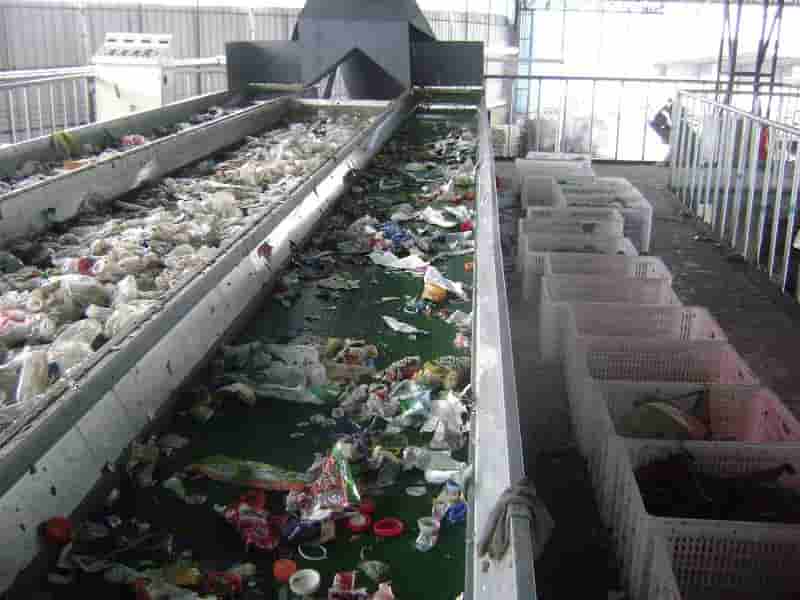 Two buyers for the Umbrian site of Jindal, which has declared its willingness to sell the BOPP film production plants as well.
There are two offers on the table of the consultant who is dealing with the sale of the former Treofan plant in Terni, which the Indian group Jindal decided last year to divest (read the article). Green-hydrogen – Plastic-Recycling
At the end of a meeting held before Christmas at the Ministry of Business and Made in Italy (MIMIT), it was announced that the two potential buyers will present the industrial plans for the revitalization of the Terni site in two weeks’ time, thus giving substance to the proposal . According to rumors it would be the HGM company, active in electronics and telecommunications, and the entrepreneur Stefano Bandecchi.
The novelty is that Jindal has declared its willingness to sell, in addition to the plant, also the plants to restart production. Before closing, Treofan extruded biaxially oriented polypropylene (BOPP) film for packaging on three lines.
By the first half of January, subject to verification by Treofan’s advisor, the operation will be examined by the crisis table coordinated by MIMIT with local institutions. 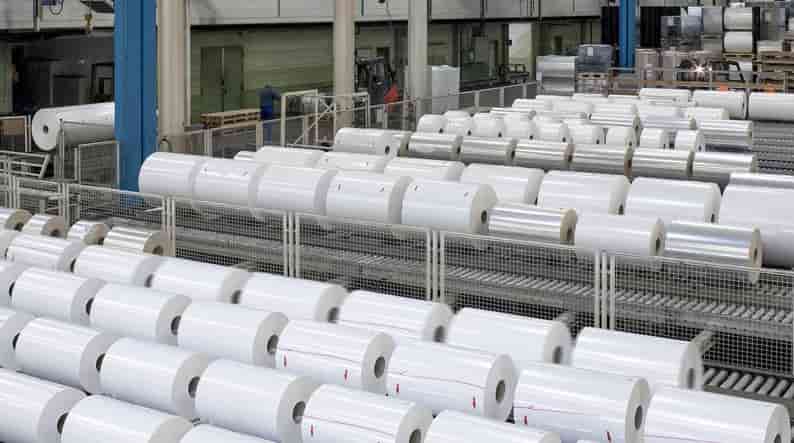 -Stabilizer for polyamides in E/E

Brüggemann has introduced Bruggolen TP-H2217, an electrically neutral heat stabilizer that does not induce corrosive effects on metal components.

Developed specifically for reinforced and unreinforced aliphatic polyamides containing metal- and halogen-free flame retardants, this grade is suitable for use in electrical and electronic applications, including electric mobility, as it does not induce corrosive effects on metallic components, such as overmolded sensors, and does not significantly affect the electrical properties of the material. Green-hydrogen – Plastic-Recycling

To show the long-term stability of the product, Brüggemann indicates as an example a polyamide 66 filled with 30% glass fibre, in which the residual value of the tensile strength after 8,000 hours of aging at 170 °C remains above 50%, without fire-retardant properties are impaired. This also applies – adds the German company – to the Bruggolen fluidifying agent TP-P2201, thanks to which glass fiber reinforced polyamides can be transformed into complex, thin-walled components, even in the presence of long flow channels. challenging in terms of electrical and fireproof properties.

“With Bruggolen TP-H2217, compounders can for the first time formulate class V-0 polyamides according to UL94 standard, which combine electrical neutrality and long-term resistance to high temperatures, suitable to meet the highest demands in the field of mobility electric – comments Kristina Frädrich, Product Manager of Brüggemann – A combination of properties that neither phenol-based nor amine-based grades are able to offer”.

The new stabilizer is available in the form of an easy-to-process granular masterbatch. In laboratory tests, an additive content of 3% has proven sufficient for most applications. 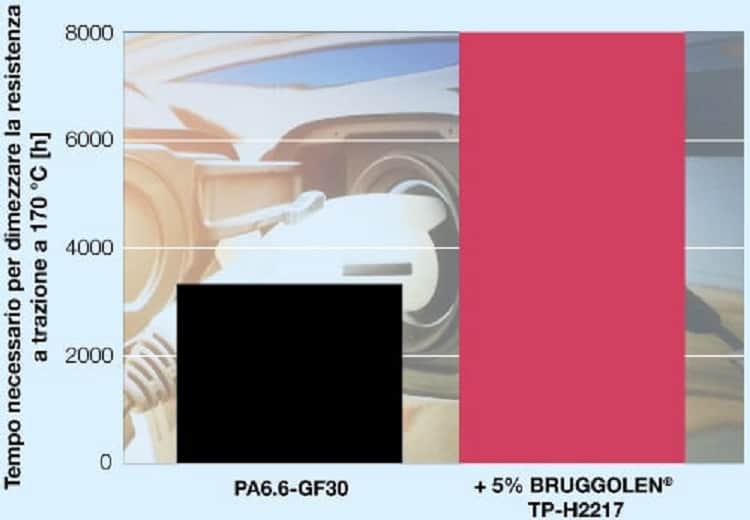 Global Ethylene Glycol (EG) capacity is poised to see considerable growth over the next five years, potentially increasing from 51.54 mtpa in 2021 to 77.02 mtpa in 2026, registering total growth of 49%. Around 49 planned and announced plants are slated to come online primarily in Asia and Middle East. Green-hydrogen – Plastic-Recycling

Reliance Industries Ltd, Haldia Petrochemicals Ltd and The National Petrochemical Co will be the top three companies globally in terms of planned and announced capacity additions over the upcoming years. Further details of long-term Ethylene Glycol 2022 can be found in GlobalData’s new report ‘Ethylene Glycol (EG) Industry Installed Capacity and Capital Expenditure (CapEx) Forecast by Region and Countries including details of All Active Plants, Planned and Announced Projects, 2022-2026’.