A new technique has turned plastic waste into an effective material for absorbing carbon dioxide emissions.

In a potential ‘win-win’ for a pair of environmental challenges, researchers from Rice University in Texas used a newly discovered process to turn the waste material into a CO2 sorbent for industry.

The team heated plastic waste such as water jugs in the presence of potassium acetate, producing particles with nanometre-scale pores that trap CO2 molecules. The particles could remove the gas from flue gas streams, the researchers said.

“Point sources of CO2 emissions like power plant exhaust stacks can be fitted with this waste plastic derived material to remove enormous amounts of CO2 that would normally fill the atmosphere,” said researcher James Tour.

“It is a great way to have one problem, plastic waste, address another problem, CO2 emissions.” Plastic-waste – Carbon-Black-Free

Pyrolysing plastic in the presence of potassium acetate produces porous particles able to hold up to 18% of their own weight in CO2 at room temperature, however.

While typical chemical recycling doesn’t work for polymer wastes with low fixed carbon content, including polypropylene and high- and low-density polyethylene, those plastics – the main constituents in municipal waste – work especially well for capturing CO2 when treated with potassium acetate.

The researchers estimated the cost of CO2 capture from a point source like post-combustion flue gas would be $19 per tonne, far less expensive than the energy-intensive, amine-based process that is commonly used to extract CO2 from natural gas feeds, which costs $73-145 per tonne. Plastic-waste – Carbon-Black-Free 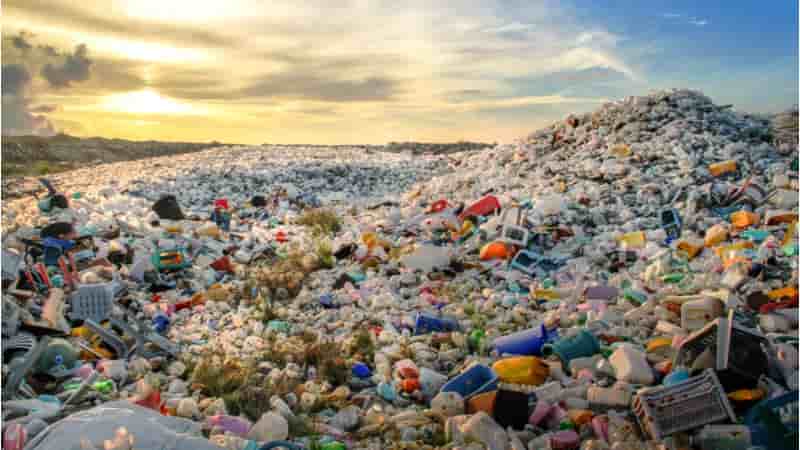 As China’s top comprehensive trade event in terms of scale and turnover, the Canton Fair has prepared well for the 131st session and is ready to welcome international buyers. Plastic-waste – Carbon-Black-Free

Here, we can enjoy the new and chic clothing and joyful modelling displays. In previous Fairs, textiles and apparel have always sit among the most eye-catching sections. Each session, many garment and textile companies flock in from provinces like Shandong, Hebei, Zhejiang, and Fujian. In recent years, technology innovation has revived the quite traditional industry in China. Numerous new products come to the stage featuring new fabrics, design, and manufacturing, dazzling the buyers’ eyes. At the 130th Canton Fair, a waterproof beige trench coat made with eco-friendly fabrics is favored by European and American buyers. Another type of popular products is those made by seamless computer knitting machine, which was especially well received among buyers from the U.K., Germany, U.S. and Japan.

The Chinese textile industry has penetrated various fields, from clothing and home textiles to the national defense and military industry, from transportation to medical and healthcare, from environmental protection to new energy development, from artificial blood vessels inside the heart and blades of wind turbines to the metal antenna mesh of the Beidou Satellite System (BDS), as well as the knitted Chinese national flag displayed on the moon.The wide application of Chinese textiles reflect constant innovations of the industry. Plastic-waste – Carbon-Black-Free

According to the reports, China’s clothing and textiles have transformed its global targeted market from middle and low-end into high-end with the same share of 60%. Once synonymous with “processing,” the Chinese textile industry is embarking on a path of intelligent manufacturing driven by technological innovation. 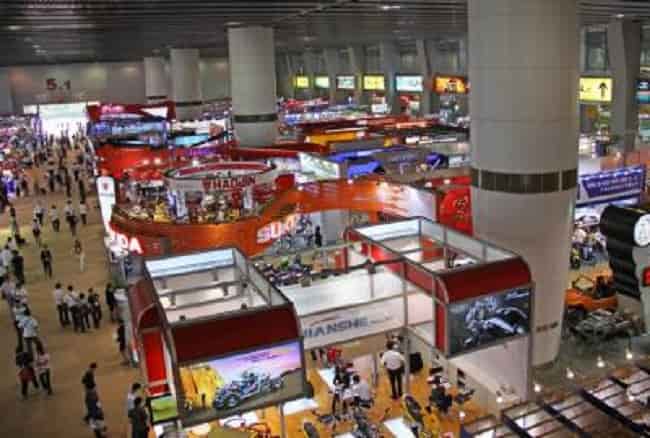 This is the decade which the plastics industry needs to make investments to get to a fully circular plastics system and comply with the Paris Agreement, an executive at trade group PlasticsEurope said.

Lucrece Foufopoulos, steering board member at Plastics Europe and executive vice president of polyolefins, circularity, and innovation and technology at Austria’s polymers major Borealis, spoke following the release of ‘ReShaping Plastics’, an independent report commissioned by PlasticsEurope to evaluate Europe’s progress towards climate and sustainability targets.

Due to the long-term nature of investment cycles in the chemicals industry, critical action on funding is needed in the next three-five years to enable a circular economy and net zero greenhouse gas (GHG) emissions by 2050.

The report also highlighted that, while some measures are already in place to tackle climate change and mitigation, not enough is being done in line with Paris and Glasgow climate agreements, the European Green Deal, or the Circular Plastics Alliance.  Plastic-waste – Carbon-Black-Free

Foufopoulos said that independent experts were given carte blanche to come forward to assess the current situation, and identify pathways to circularity and carbon neutrality, with PlasticsEurope aiming to put together a roadmap from the findings later this year.

She added that legislation will be necessary to ensure a fully circular plastics system.

“Policy will be critical, and this may also strengthen the EU’s single market avoiding country by county specificity. Getting policy in place will enable sustainable players that have financial means to invest in and embrace the single EU market, as well as strengthening what will be a critical market,” said Foufopoulos.

The report identified that there was no “silver bullet” to reduce waste and GHG emissions, and that the most effective way to meet these targets was to use a host of different solutions, including chemical recycling.

Critics of chemical recycling argue that it is cost prohibitive, but Foufopoulos stated that the cost of not tackling emissions is significantly higher.

“I don’t think we have fully grasped what the consequences could be … If you take into account that costs and investment are relatively high, this is nascent technology in its infancy – as we increase [uptake], the scale costs will come down as the technology matures,” she said.

“We do not anticipate that the carbon tax will come down, so if you factor that in this is a viable technology.”

Borealis has worked on the chemical recycling space by signing an exclusive supply deal for pyrolysis oil with Belgian company Renasci; however, in order for the technology to take off it will require involvement of all stakeholders, said Foufopoulos.  Plastic-waste – Carbon-Black-Free 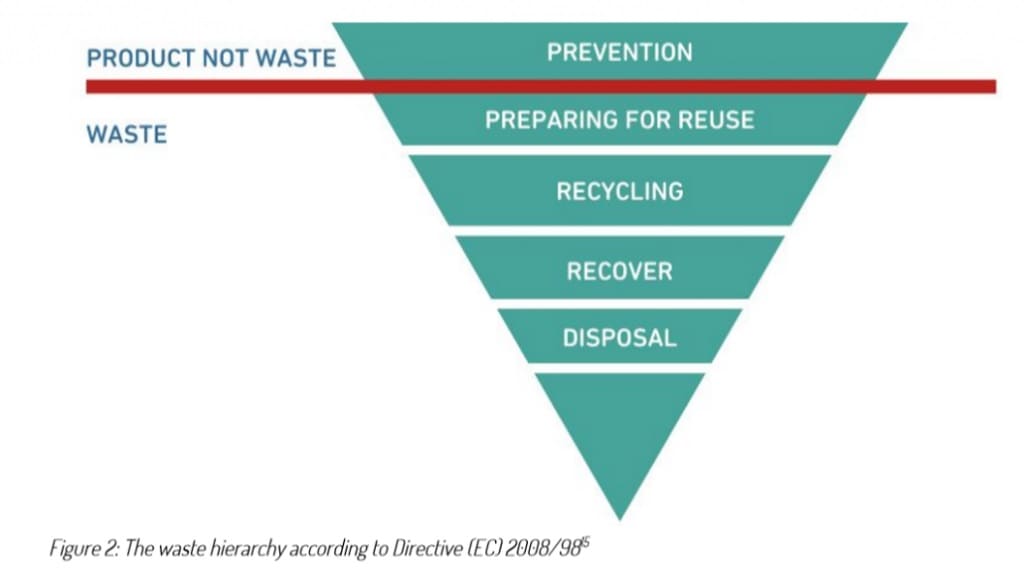 The heat-resistant and fully-recyclable rPET100 material first unveiled in 2020 by Starlinger viscotec has won the Re|focus Sustainable Innovation in Material Award 2022. Designed for recycling and made from recycled PET, the rPET100 sheet material for thermoformed packaging is reportedly a gamechanger for circular packaging solutions.  Plastic-waste – Carbon-Black-Free

This sheet material is said to be the first packaging material that combines three properties needed to revolutionize packaging for dairy and hot-fill products: it is heat-resistant up to 212 °F (100 °C), can be made from 100% recycled content, and is 100% recyclable in food-grade quality. This makes it the environmentally sustainable alternative to single-use cups, tubs, and trays made from polyolefins, whose material properties degrade with each recycling loop. Besides, polyolefin recyclates are not approved for food contact as secondary raw material in Europe according to efsa. Sustainable Packaging material choice.

The Sustainability Innovation awards recognize outstanding innovations in plastics manufacturing that further environmental advantages in design, material, and end-of-life management. Said Jeff Cornell, president of American Starlinger-Sahm, “We are honored by the award and recognition of our efforts to put cradle-to-cradle recycling into action for a circular economy.”

According to Cornell, the need to incorporate thermoformed packaging into the recycling stream has been a major objective when developing the rPET100 sheet material. “We observe a strong food packaging trend towards increased post-consumer recycled (PCR) content. Many brand owners have committed to increasing PCR content in water and carbonated soft drinks bottles. These commitments have driven demand and prices up for clear post-consumer recycled bottle flakes. rPET100 helps to tackle this challenge because both PET tray and bottle flakes can be the feedstock for the recycled material. After its use, rPET100 packaging can be recycled back into food and beverage packaging.”  Plastic-waste – Carbon-Black-Free 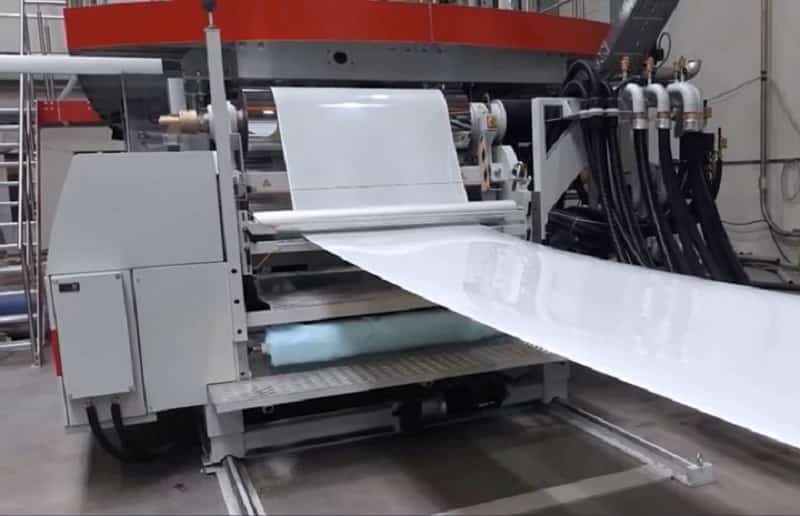 -In the ocean, it’s snowing microplastics

The snow begins as motes, which aggregate into dense, flocculent flakes that gradually sink and drift past the mouths (and mouthlike apparatuses) of scavengers farther down. But even marine snow that is devoured will most likely be snowfall once more; a squid’s guts are just a rest stop on this long passage to the deep.

For eons, the debris has contained the same things — flecks from plant and animal carcasses, faeces, mucus, dust, microbes, viruses — and transported the ocean’s carbon to be stored on the seafloor. Plastic-waste – Carbon-Black-Free

Increasingly, however, marine snowfall is being infiltrated by microplastics: Fibres and fragments of polyamide, polyethylene and polyethylene terephthalate. And this fauxfall appears to be altering our planet’s ancient cooling process.

Every year, tens of millions of tons of plastic enter Earth’s oceans. Scientists initially assumed that the material was destined to float in garbage patches and gyres, but surface surveys have accounted for only about 1 per cent of the ocean’s estimated plastic.

A recent model found that 99.8 per cent of plastic that entered the ocean since 1950 had sunk below the first few hundred feet of the ocean. Scientists have found 10,000 times more microplastics on the seafloor than in contaminated surface waters.

Marine snow, one of the primary pathways connecting the surface and the deep, appears to be helping the plastics sink. And scientists have only begun to untangle how these materials interfere with deep-sea food webs and the ocean’s natural carbon cycles. Plastic-waste – Carbon-Black-Free 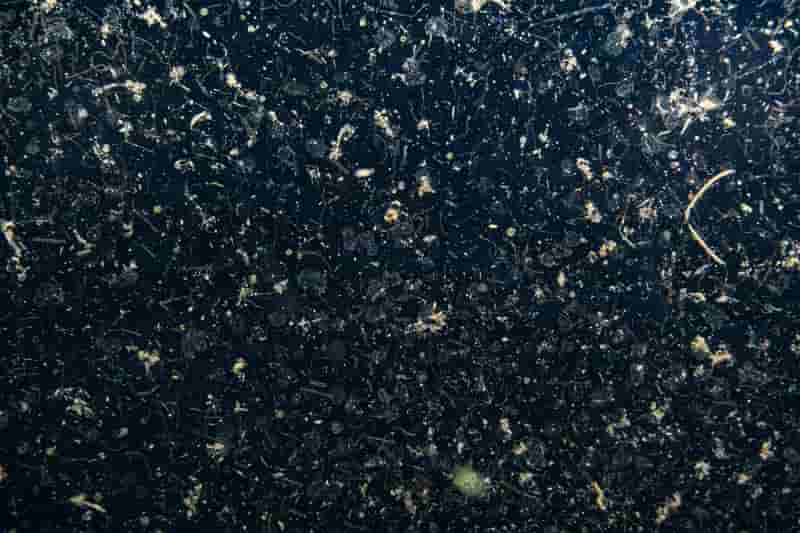 A specialized colorant formulation path designed to address the recycling of black or dark colors in HDPE, PP, PS, ABS, and PET packaging as an alternative to carbon black for improved environmental sustainability, has been developed by Chroma Color,  Plastic-waste – Carbon-Black-Free

Chroma Color’s alternative recipes allow the MRF sorting operations to identify and successfully sort the plastic articles according to the APR NIR Sorting Potential of a Whole Plastic Article (Sort-B-01).

A total of five recipes were tested using bottles made by extrusion blow molding—three in HDPE, one in PP, and a control carbon black formula. 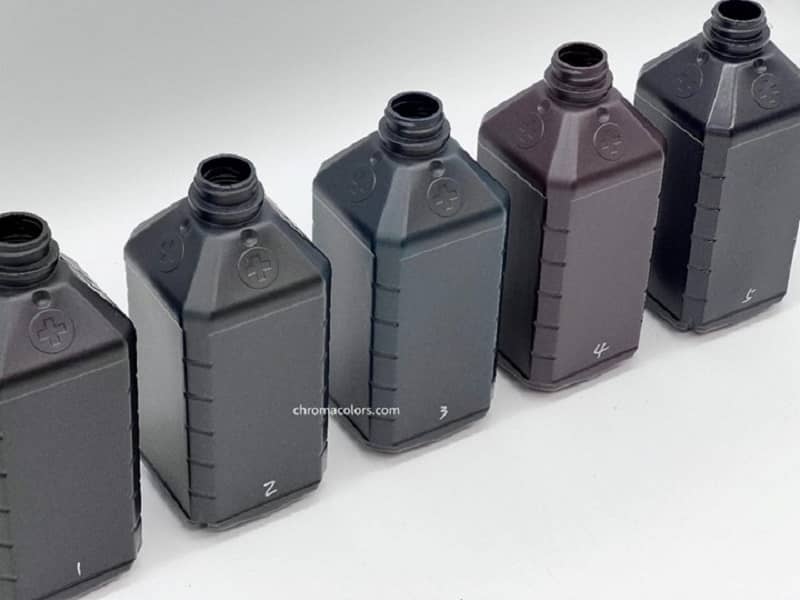