-NOVA Chemicals will raise prices of polyethylene in June

The company confirmed that they had revised their announcement of the increase.

Global demand for polyethylene has recently shown signs of decline amid significant macroeconomic obstacles faced by Asia and Europe. Domestic demand is stable, but a slowdown in sales in foreign markets leads to an increase in inventory levels, as the US needs to export about 40-45% of its products to maintain the balance of the domestic market.

Earlier it was reported that NOVA Chemicals on May 5 resumed production at the cracking plant in Joffre (Joffre, Alberta, Canada) after carrying out preventive measures. Maintenance at this enterprise with a capacity of 1.35 million tons of ethylene per year was started on March 1 this year. 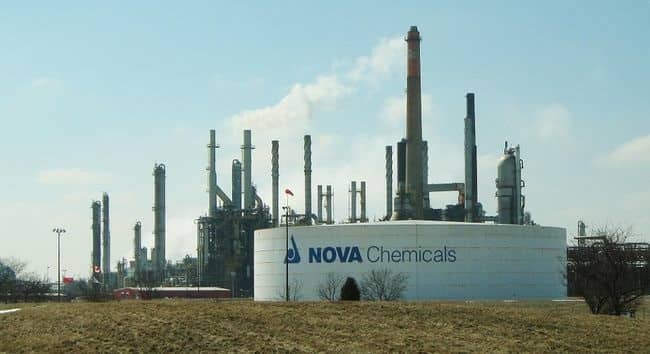 The manufacturer of soft drinks including Lucozade and Ribena is planning to use 100 per cent recycled plastic in the production of its 500ml bottles by the end of the year, but it has also sent a warning to the industry that it faces ongoing shortages of recycled PET (rPET).

Suntory Beverage & Food said its decision announced on Friday to shift to use 100 per cent recycled plastic was a considerable investment, as growing demand for rPET was pushing up costs. The European price of rPET currently stands at 39 per cent more expensive compared to virgin PET, it said.

Recycled plastic has on average a 79 per cent lower carbon footprint than virgin plastic and the company estimates its switch to rPET across its on-the-go bottles will see a reduction in 36,058 tonnes of CO2 from its purchased goods Scope 3 emissions.  Recycled-PET-resin – EU-plastics-sector

Chemical recycling – an alternative to mechanical methods – uses enzymes to break down any PET plastic to its core elements allowing it to be reformed into new food-grade rPET with the same properties as virgin material.

It is a process that Suntory has championed alongside the likes of L’Oréal, Nestlé Waters and PepsiCo as part of the Carbios consortium. The technology uses enzymes, which occur naturally in compost heaps, and adapts them to break down any type of PET plastic, regardless of colour or complexity. The enzyme leaves behind a raw material which can then be turned back into virgin-quality plastic, it explained.

“Our shift to 100 per cent rPET for our 500ml ready-to-drink bottles is a huge achievement, and an important step in our commitment to achieving 100 per cent sustainable packaging by 2030,” Liz Nieboer, head of sustainability at Suntory Beverage & Food. “It’s the result of years of hard-work and while reaching this milestone is a cause for celebration, much still needs to be done in terms of recycling infrastructure. There has been a historic under investment in the UK’s recycling and collection infrastructures, meaning less than a third of bottles are turned back into bottles.”  Recycled-PET-resin – EU-plastics-sector 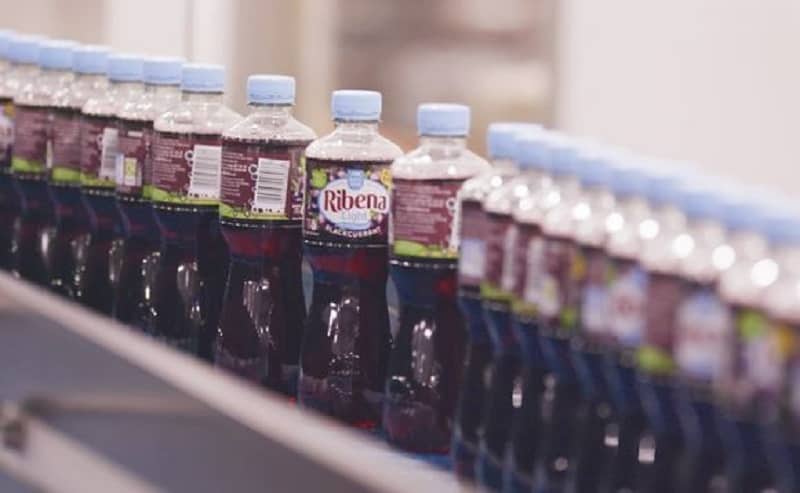 -Contract prices of paraxylene for deliveries in June in Asia increased

Idemitsu Kosan has put forward its offer at a price of USD1,430 per ton, CFR Asia.

ENEOS Corp, SKGC and S-Oil have put forward their offerings at USD1,420 per tonne, CFR Asia.

ExxonMobil has denominated its offering at USD1,400 per tonne, CFR Asia.

Earlier it was reported that the participants in the negotiation process to agree on the May contract prices of paraxylene in Asia could not reach an agreement for the current month. Approval of the monthly contract price for the material is achieved when it is agreed by at least two suppliers and two buyers. This was the fifth consecutive month this year that the contract price of paraxylene remained uncoordinated.  Recycled-PET-resin – EU-plastics-sector

Paraxylene is one of the main raw materials for the production of polyethylene terephthalate (PET). 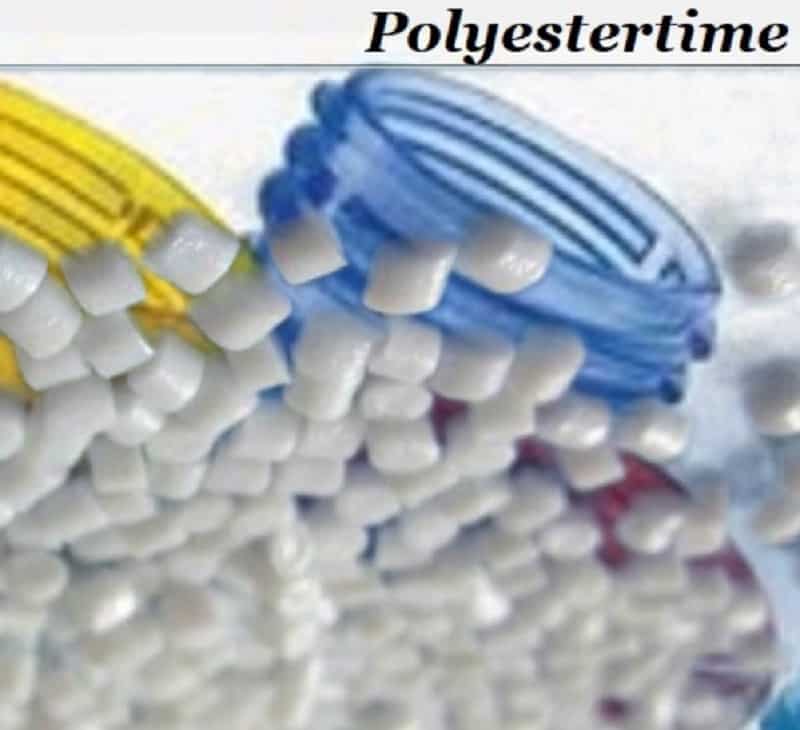 Leoni AG (LEOGN), a German supplier of cables and wiring systems, said on Monday that it has sold its Business Group Automotive Cable Solutions or BG AM, to Thai company- Stark Corporation Public Company Limited.

Financial terms of the deal are not known yet.

With an enterprise value of 560 million euros, BG AM had posted sales of around 1.3 billion euros in 2021. Recycled-PET-resin – EU-plastics-sector

The sold business with a production network in 7 countries and around 3,300 staff is expected to create a cash inflow of 400 million euros and will also have a correspondingly positive effect on the reported free cash flow, the company said.

Aldo Kamper, CEO of Leoni, said: “With this decision, we strengthen our balance sheet, support the ongoing talks regarding our refinancing and drive forward our well-known strategic focusing on the wiring systems business.” 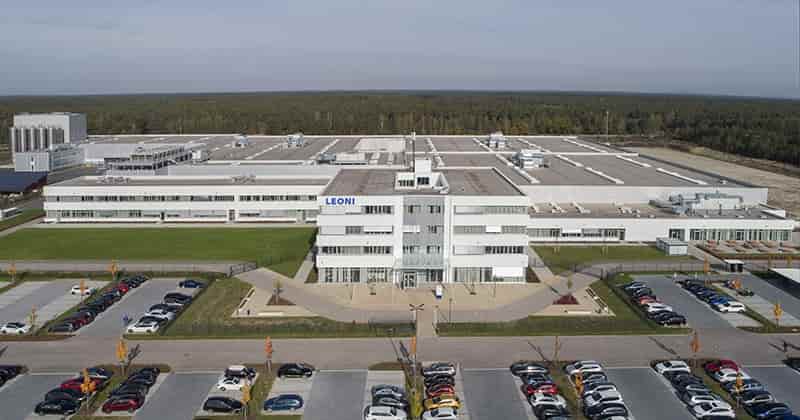 Analysis of the latest DEFRA statistics reveals that recovery and recycling rates of plastic packaging in the UK dipped in 2021 with waste ending up in the environment rising past 1.4 million tonnes.

The analysis from Nozama, the global sustainability technology company and creator of Plastiks, found that 2,514 thousand tonnes of plastic packaging waste was produced in the UK in 2021.

The statistics show a need for a renewed focus on eliminating single use plastic waste according to André Vanyi Robin, founder and CEO of Nozama, who said: “It is frustrating that after recent steady progress in the rates of recovery and recycling of plastic packaging waste, there has been a huge backward step in the past year.

“Plastic waste is one of the most commonly produced materials for packaging and it is disappointing that it accounts for nearly a third of waste that is not being recycled or recovered. It was World Recycling Day this month, but clearly we have a long journey ahead of us to improve the volume of packaging waste that we are keeping out of the environment. Recycled-PET-resin – EU-plastics-sector

“It is crucial that waste management players are given every encouragement possible to ensure they are doing their utmost to track, recover and recycle single use plastic. And that producers of waste are being held accountable by consumers and other stakeholders to improve the use of plastic as well as how committed they are to ensuring that plastic waste does not end up in the environment.” 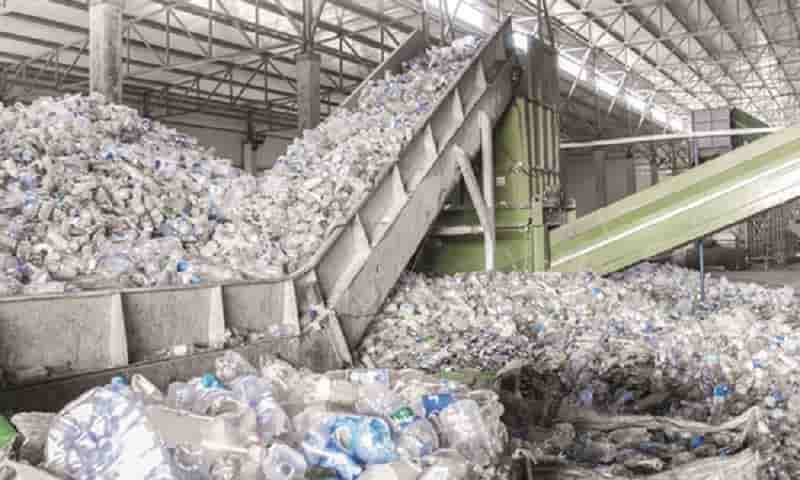 The European plastics industry is “on the precipice” of stranded asset risk due to an increasingly unsustainable business model that is putting €678bn investor capital under threat, unless it rapidly shifts gear towards a more circular plastics system based on reuse, recycling and waste reduction.

That is the conclusion of fresh research released today by Planet Tracker, which highlights the growing threats posed to EU plastics companies from tightening environmental and climate regulations, greener consumer preferences and the ascendency of China’s chemicals sector.  Recycled-PET-resin – EU-plastics-sector

Based on its assessment of 87 publicly traded plastics companies across the EU’s 27 member states, which make up 75 per cent of plastic production across the trading bloc, the think tank said the industry’s economic turnover was already flatlining with zero growth recorded between 2010 and 2019.

Meanwhile, China’s global chemical sales grew from €609.5bn to €1,488bn over the same period while expanding its global market share from over 25 per cent to more than 40 per cent, which means it is now the leading chemical producer globally by some margin, it said.  Recycled-PET-resin – EU-plastics-sector

But report argues that a more sustainable plastic business model based on circular principles such as more reuse, recycling and reduction of waste and greenhouse gas emissions offers the most viable route for EU plastics companies to better compete on the global stage, and to avoid stranding investor assets.

It warns that the sector is under increasing scrutiny and pressure due to its role as a major greenhouse gas emitter, as well as growing concern about the impact of vast plastic pollution worldwide on the environment and human health. 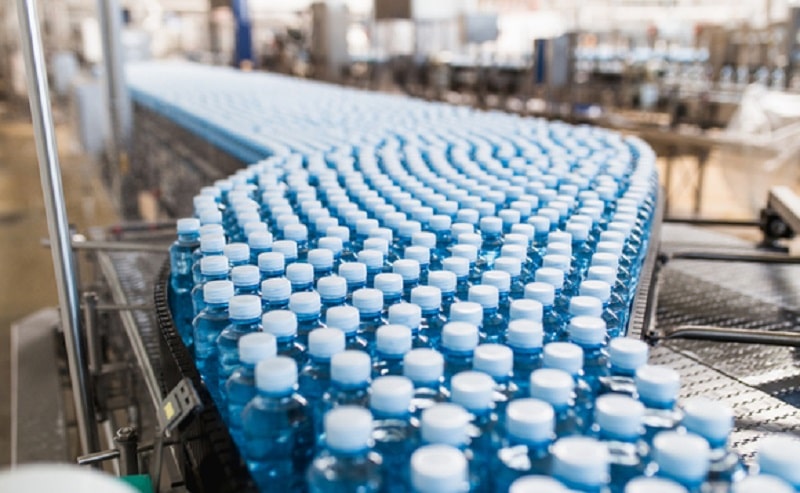