A new report projects this bioplastic family is set to reach significant milestones and in just six years.

A new market report jointly published by the Global Organization for PHA (GO!PHA)https://www.gopha.org/ and the nova-Institute projects that production capacity for the PHA family of bioplastics will growth by tenfold and only in six years. “Mimicking Nature—The PHA Industry Landscape. Latest trends and 28 producer profiles,” is authored by professor Jan Ravenstijn, who has been working intensively on the topic of PHAs for 20 years, is co-founder of GO!PHA and the author of numerous publications. PHA-Production – Green-Hydrogen

The author describes natural PHAs as a class of materials that are both biobased and biodegradable, similar to other materials that have existed in nature for millions of years such as cellulose, proteins and starch. PHAs are produced by an extensive variety of microorganisms through bacterial fermentation. She sees the potential of PHAs as enormous, noting that due to the high performance, biocompatibility, biodegradability and green credentials, the PHA family has a large design space and accommodates a wide range of market applications, as a broad variety of different polymers can be produced and blended.

At the same time, the author notes that this family of bioplastics has encountered highs and lows over the last 20 years, with several expansions and scale-up plans postponed or even cancelled. She attributes this to such factors as the challenges of technology scale-up, product and application development needs, along with an underestimation of how much time it takes for a new polymer-platform to penetrate the market and the time it takes for previously unconnected disciplines to understand each other for the benefit of successfully addressing all opportunities.

However, the momentum for this new polymer platform is rapidly changing for the better. The author reports that at the end of 2021, the installed manufacturing capacity of PHAs up and running was approximately 105.8 million lb/yr, based on information she obtained from the companies in this report. 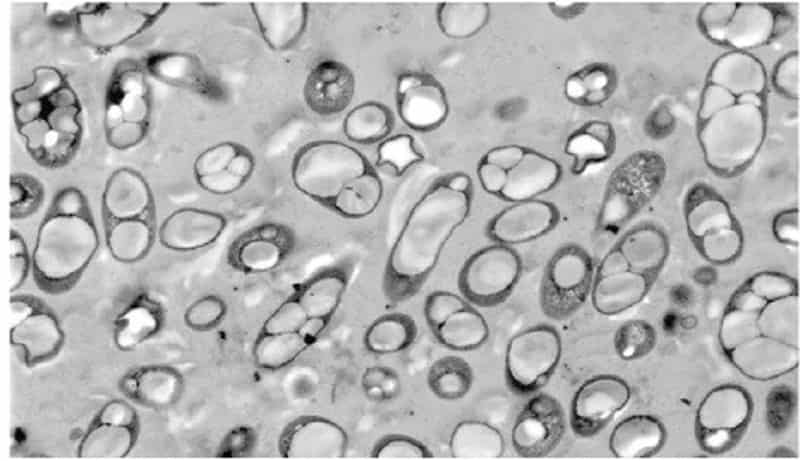 The Recycling Partnership is creating a PET Recycling Coalition to help pay for technology aimed at capturing more of the PET that already comes through the doors but is lost during reprocessing. PHA-Production – Green-Hydrogen

The coalition, which has yet to officially launch, will provide matching grants for equipment like optical sorters and robotics to increase recyclers’ ability to capture more of the plastic flowing through existing sortation systems that would otherwise end up in landfills, explained Adam Gendell, director of circular ventures at The Recycling Partnership.

The nonprofit group sees an opportunity for recycling facilities to make targeted investments that will help capture more of the PET that’s already on their conveyor belts. Grant money will make the projects more attractive for recyclers from a return-on-investment view, Gendell said.

“It’s not as though we need to build a new recycling system for them, but we need to make some tweaks because we’d like to see a system that is more elegant in sending the right kinds of PET to the right kinds of end markets,” he said during a March 7 interview at the Plastics Recycling Conference in National Harbor, near Washington, D.C.

There once was a time when there was a fierce debate about the merits of single-stream recycling vs. dual-stream, where the paper faction is kept separate, or even a bin approach that saw residents carry out multiple totes to the curb for their sorted recyclables.PHA-Production – Green-Hydrogen

Gendell sees the grant program not only increasing the PET yield from bales coming from MRFs, but also helping in projects that would both better separate bottles from thermoforms and clear from colored or opaque.

This better sortation would better homogenize each type of PET and allow it to be reused instead of ultimately being a potential contaminate in other PET streams. 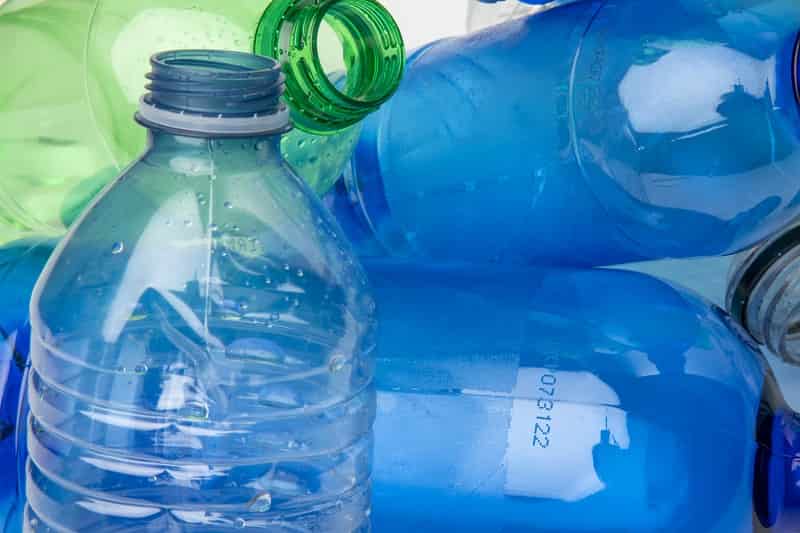 Alexium, Inc is an advanced materials manufacturer based in Greer, South Carolina, focused primarily on thermal management and flame retardants. Eclipsys™, their newest product, is a composite fabric that helps with thermal regulation in body armor by producing a cooling effect equivalent to a five-pound block of ice over a 12-hour time period.PHA-Production – Green-Hydrogen

BodyArmorNews.com had the opportunity to conduct an interview with Bob Brookins, CEO of Alexium International, Chris Crawford, Vice President of Sales and Marketing and Gina Lucia, Business Development Manager, to learn more about the Eclipsys cooling technology and its applications.

Eclipsys is a composite fabric that can be inserted into body armor to provide responsive cooling for the wearer. This means that the hotter the wearer gets, the more the Eclipsys™ product lowers the thermal stress on the wearer. This fabric is cut to mirror the shape of the body armor panel and then adhered to the non-ballistic side of the body armor. It wraps around to the ballistic side to adhere to the bottom 4 inches. Eclipsys™ only adds an average of 8-10 ounces to the vest, including the front and the back.PHA-Production – Green-Hydrogen 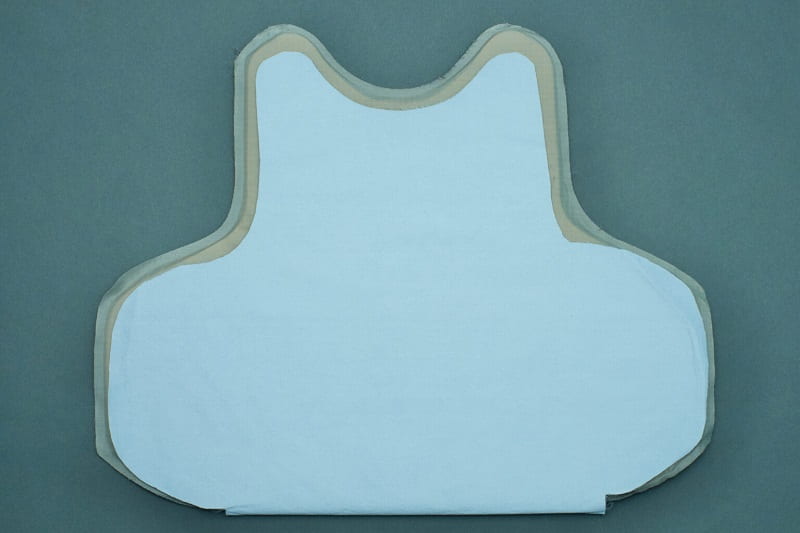 -Green hydrogen from ceramic technology: the reversible challenge of Resoh +

A system has been devised that could accelerate the transition and decarbonization of the production system. The push of the NRP to develop the hydrogen supply chain in Italy The energy sector is experiencing a phase of profound transformation. The transition to the production of green and sustainable energy involves companies and supply chains in the sector that are trying to respond to the pressures coming from politics and public opinion. PHA-Production – Green-Hydrogen

Among the renewable energies protagonists of the green revolution, hydrogen represents the future on which many companies and startups are concentrating their resources to study a system to make it increasingly accessible and convenient. The startup Resoh +, trying to adapt the technology of the ceramic sector to the field of solid oxide fuel cells, for example, has designed and conceived a system that aims to produce reversible ceramic batteries capable of generating energy from hydrogen and hydrogen from water. A solution that could speed up the transition, taking the use of renewable energy to a new level. PHA-Production – Green-Hydrogen

This system developed by a team of international engineers, geologists and researchers born in Sassuolo, the heart of the ceramic district, could represent a solution capable of reducing production costs and implementing the electrochemical performance of hydrogen batteries. . In essence, the transition to renewable energies could take place at a much lower cost than that currently calculated to replace old polluting technologies Solutions of this type represent a great opportunity and would give an important boost to companies that want to invest in clean energy. The Italian government, through the PNRR, has decided to focus on hydrogen as a renewable energy source, setting itself both long-term goals and shorter-term deadlines related to hydrogen research (June 2022).

The ability to reduce costs related to energy consumption through investments in efficiency and accelerate decarbonisation is the main objective of companies and of the entire production chain.PHA-Production – Green-Hydrogen 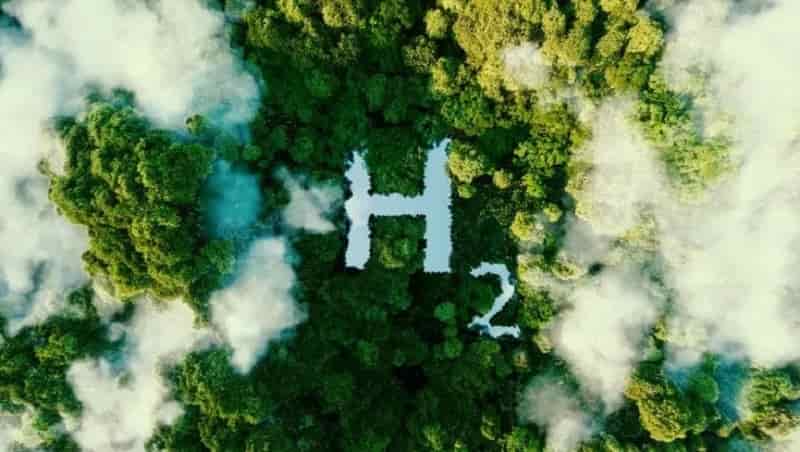 The Vestaro consortium of companies, working to produce lighter and more cost-effective solutions for battery electric vehicles (BEVs), has developed a new generation of battery packs, the Pure Performance Battery. Based on sheet molding compound (SMC) technology made using curing agents from Evonik, the new holistic battery system concept provides the automotive industry with a safe, lightweight, and, most importantly, cost-effective alternative to the traditional heavier metal-based solutions.

Formed at the end of 2019 to investigate alternative battery solutions, Vestaro first developed a cost-effective glass-fiber (GF) SMC cover based on Evonik’s high-performance epoxy curing agent, Vestalite S. In addition to reducing the weight of the battery housing by almost 10% compared with covers made from more cost-prohibitive materials, the state-of-the-art SMC material also delivers the performance levels of metal-based enclosures while enabling design freedom.

To meet stringent OEM requirements in terms of side pole and bottom impact without any leakage or failure, the consortium came up with a novel approach that fully utilized the design freedom of the versatile SMC material. The old bottom structure was replaced with an aluminum sandwich plate developed by Minth, which increases performance in terms of the bottom impact, but also plays a key role in the semi-integral vehicle concept. With this concept, the consortium was able to remove the additional side deformation elements and use the freed space for more battery cells.

Additionally, the improved bottom impact performance of the sandwich floor enabled a reduction in the space required for the module mounting. The creation of these extra spaces for battery cells has led to an overall capacity increase from 65 to 75 kWh, while maintainingf nearly the same outer dimensions of the battery pack.

“Our new battery pack is designed for performance and it’s the exceptional properties of our Vestalite curing agents that give the unique epoxy-SMC cover its outstanding performance and safety potential in terms of fire-resistance and crash behavior,” said Sebastian de Nardo, Marketing Director for Adhesives and Composites at Evonik. “We’ve successfully overcome all concerns regarding the EMI-shielding performance of the GF-composites using Evonik’s broad material toolbox and expertise, and we can tailor the battery’s performance to meet each customer’s individual requirements.” PHA-Production – Green-Hydrogen 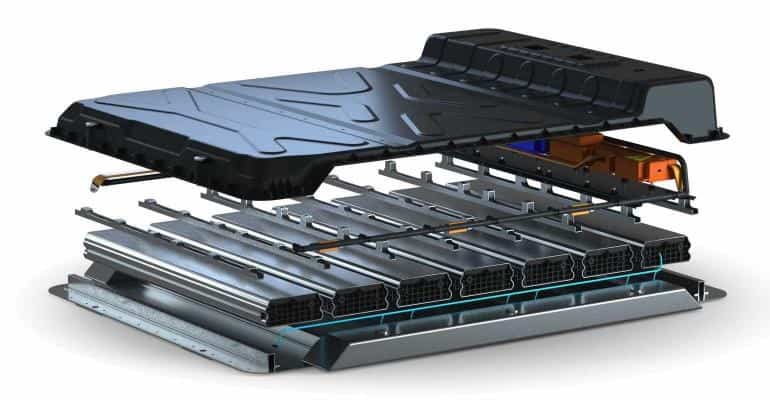 -How is polyester yarn influenced by crude oil?

Russia is the second largest exporter of crude oil over the world, and the export volume takes up 25% in global export trades. Crude oil price has been intensely volatile since the outbreak of Russia-Ukraine war. As the sanctions on Russia by Europe and the US intensified, the concerns on supply suspension of Russian energy escalated. In the past six trading days, Brent crude oil futures once increased by $41/b, pushing crude oil price to the highest since Jul 2008.

However, polyester feedstock, PSF and polyester yarn are still at a medium level since 2007. Why don’t they rush up?  PHA-Production – Green-Hydrogen

The surge of crude oil mainly roots in the panic caused by expected excessive demand upon the supply suspension of Russian crude oil. Even the resumption of Iran’s crude oil export and the lift of the ban on Venezuela’s oil export could not make up the supply gap. Thus, the supply and demand situation determines the price of crude oil.

The chart above shows the process of PSF production. Polyester feedstock cost= PTA*0.855 + MEG*0.335. Crude oil price influences the cost of PSF to a great extent. Therefore, along with the rise of crude oil, polyester industrial chain moves up, including polyester yarn.

Currently, PX, PTA and MEG all suffer great losses, and PTA-PX spread even turned negative on Mar 8 for the first time in the record. Polyester products like PSF, POY, FDY and PET fiber chip are all hit. It is resulted from sluggish downstream demand essentially.  PHA-Production – Green-Hydrogen